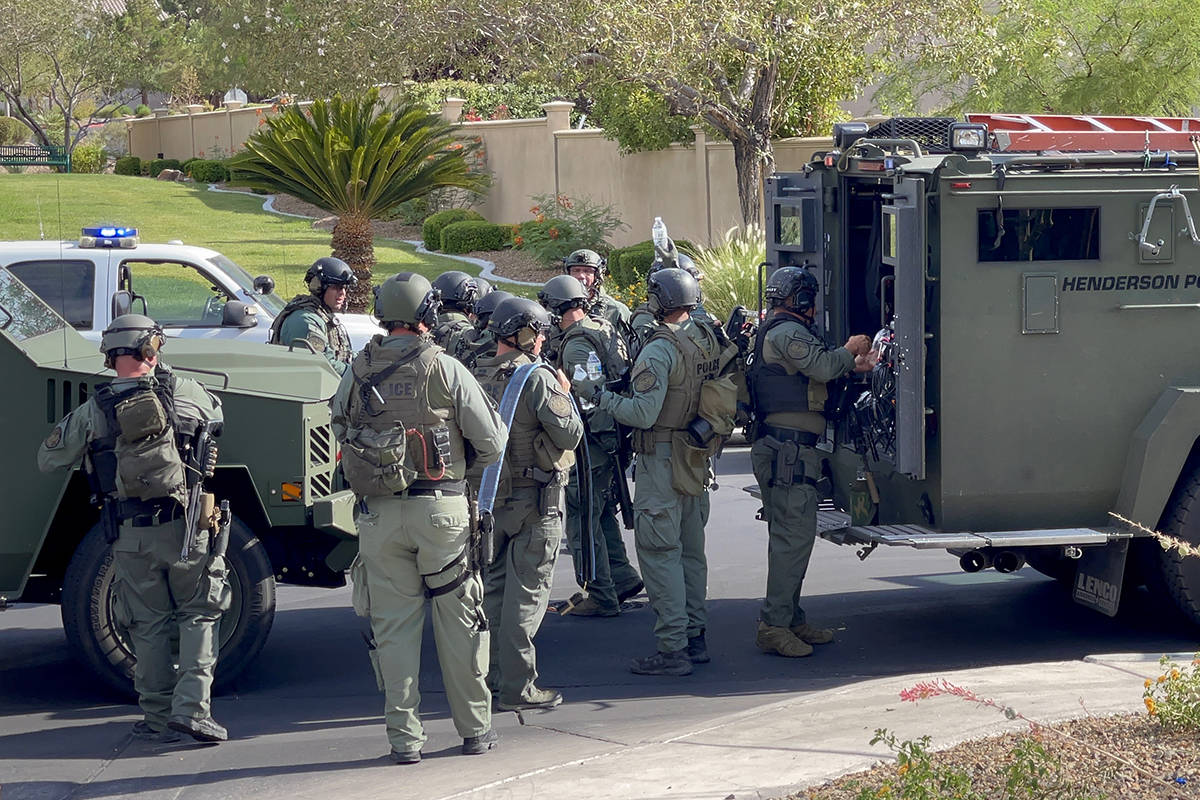 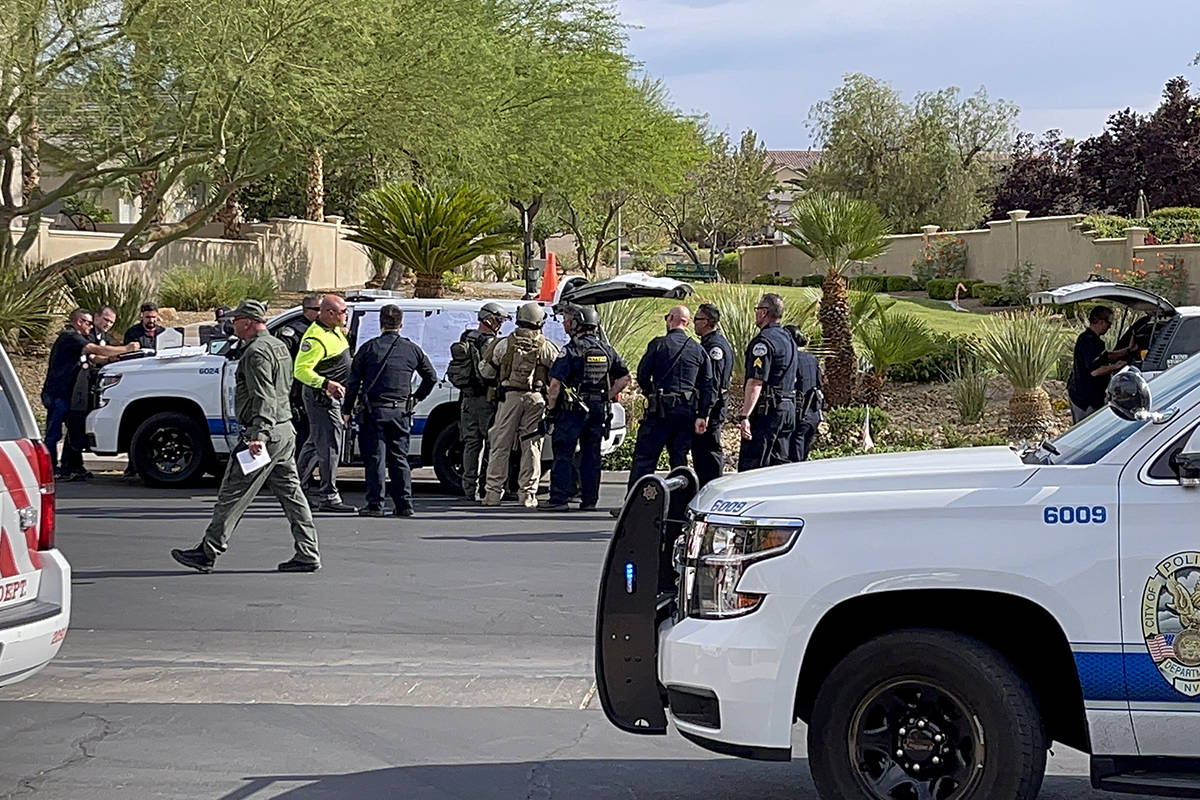 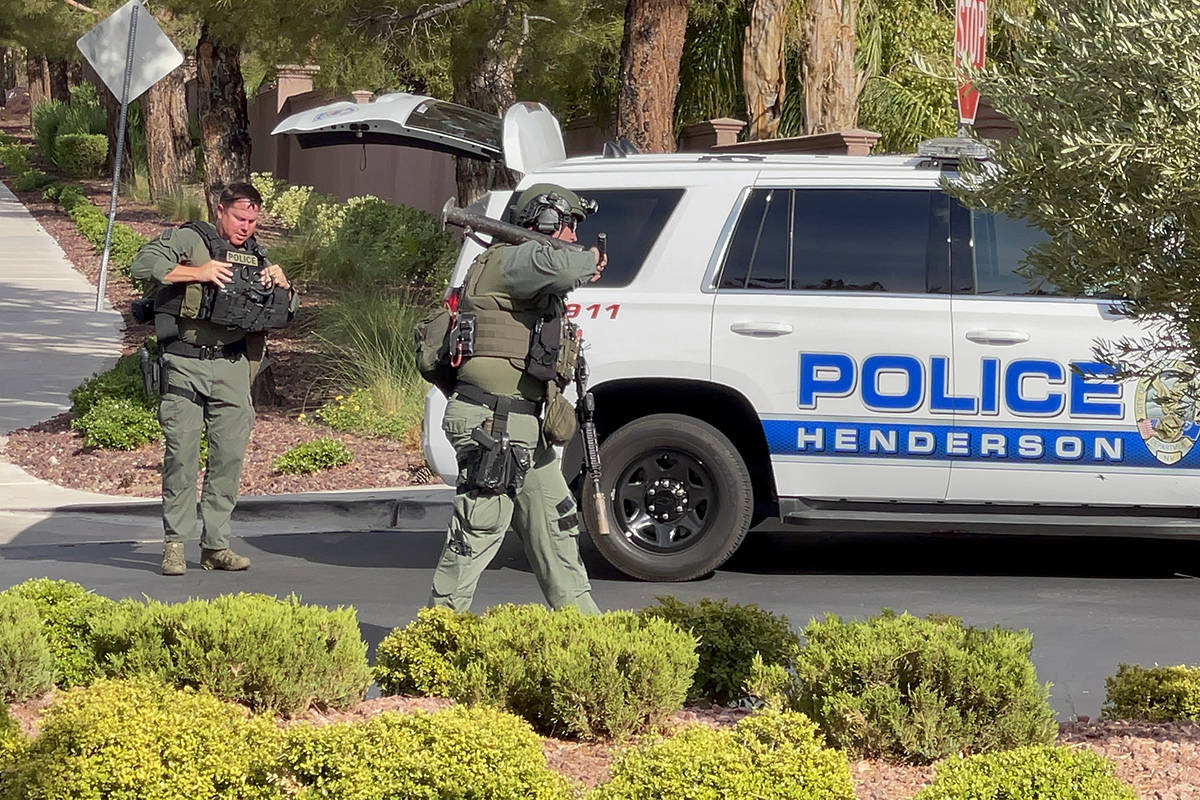 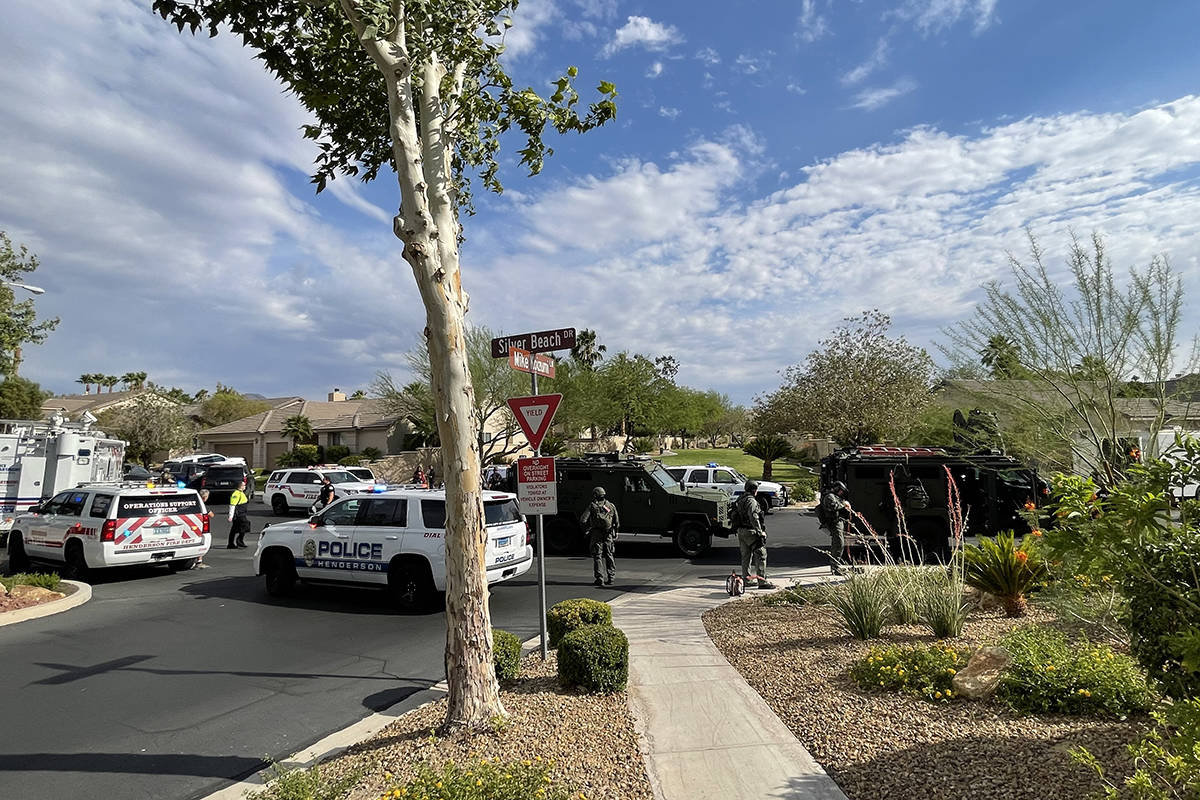 Officers were called at 3:50 p.m. to the 300 block of Quiet Harbor Drive, near Carnegie Street and West Horizon Ridge Parkway, after a report of shots in the area, according to a statement from the Henderson Police Department.

Police said just before 5 p.m. that the possible shooter had barricaded in the area. A SWAT team were called in to assist Henderson officers.

By 7 p.m., the person had been taken into custody without incident, police said.

Officers did not specify whether shots were ever fired or what charges the person may face.