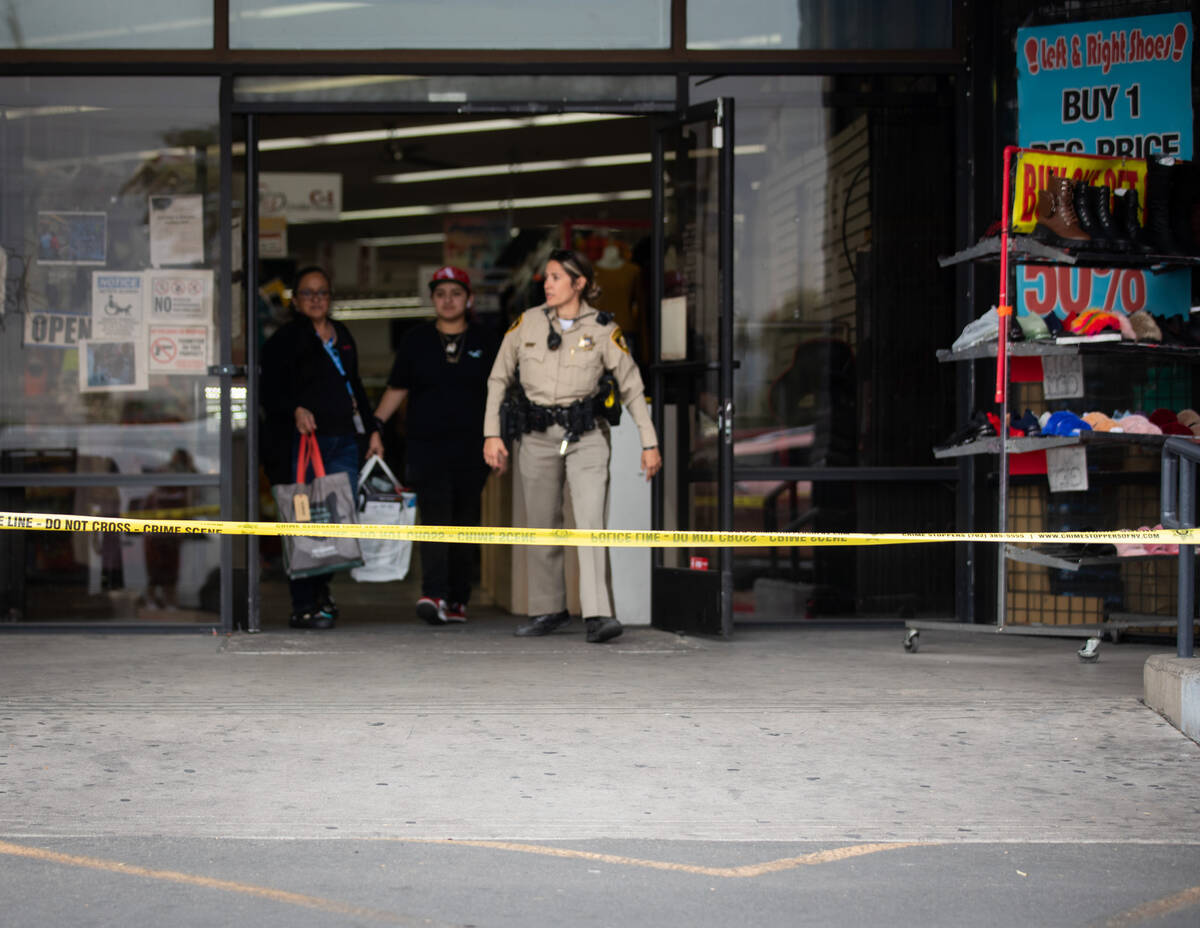 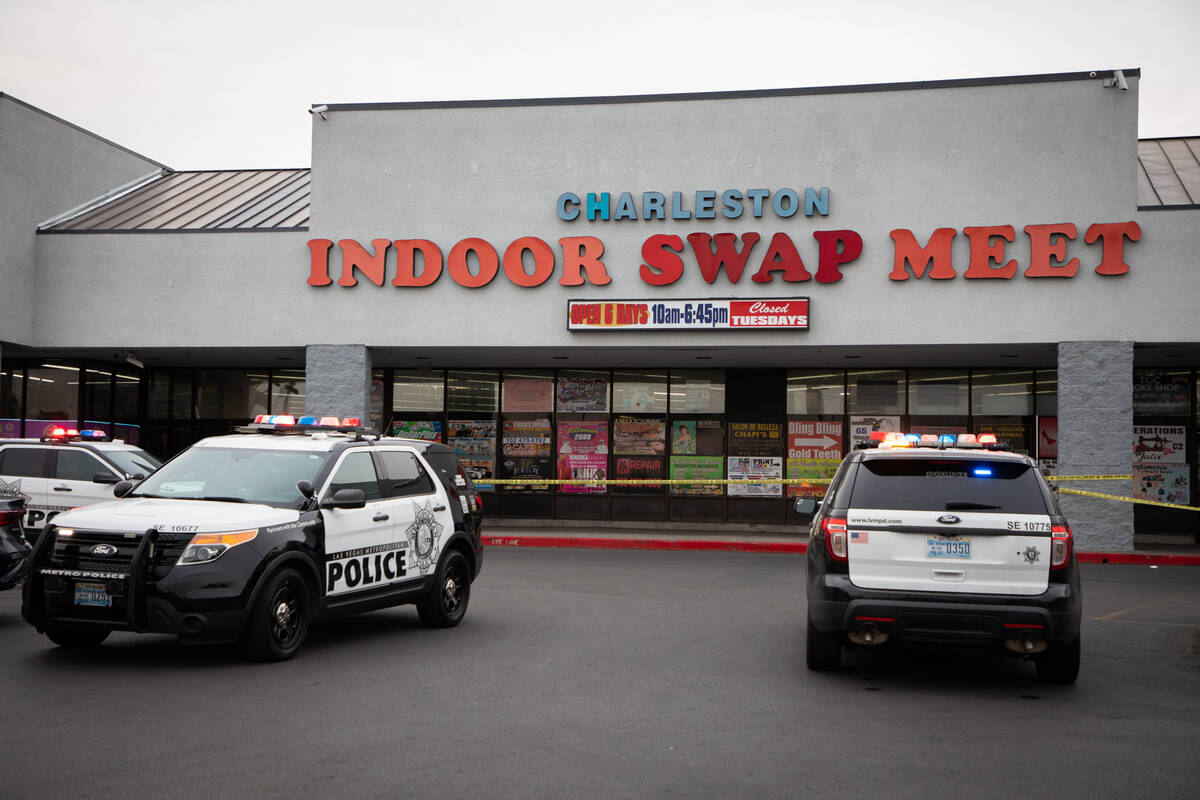 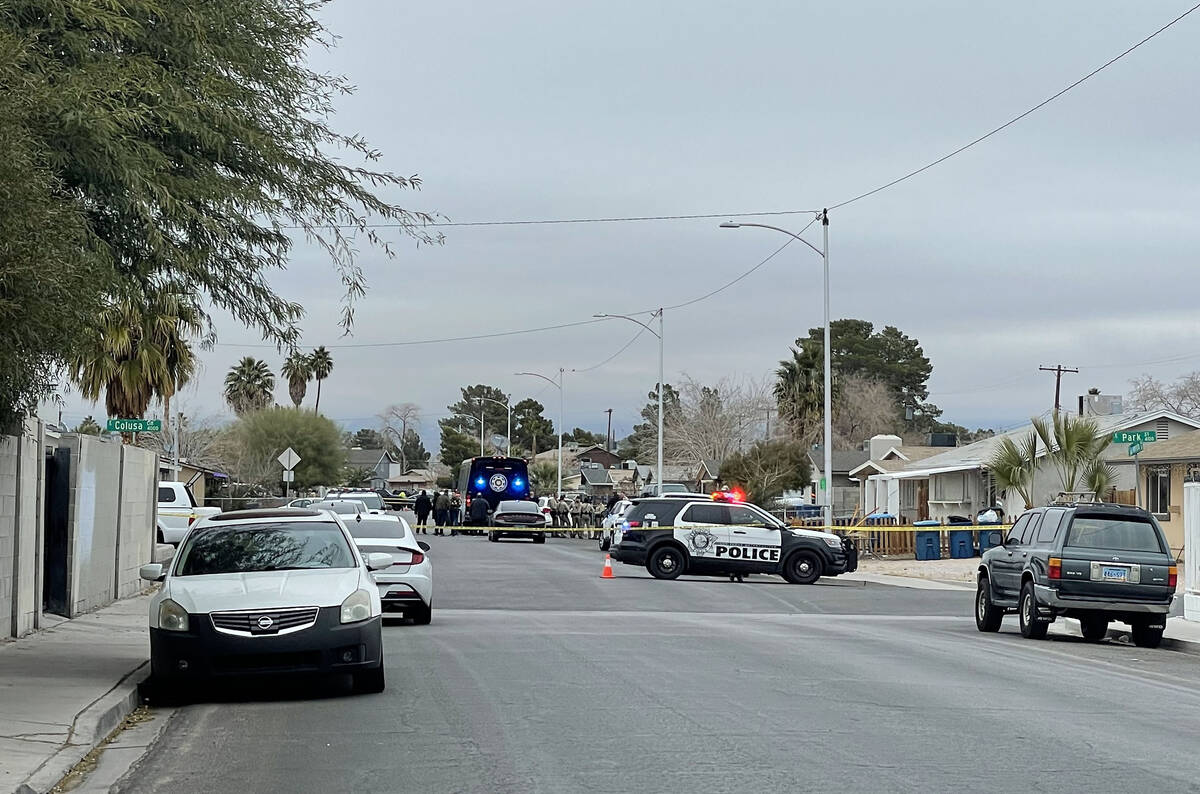 A road rage situation resulted in an officer-involved shooting Friday, Dec. 30, 2022, near Colusa Circle and North Sacramento Drive in Las Vegas. The suspect died after he was shot by police. (Sabrina /Las Vegas Review-Journal) @amayaedw5 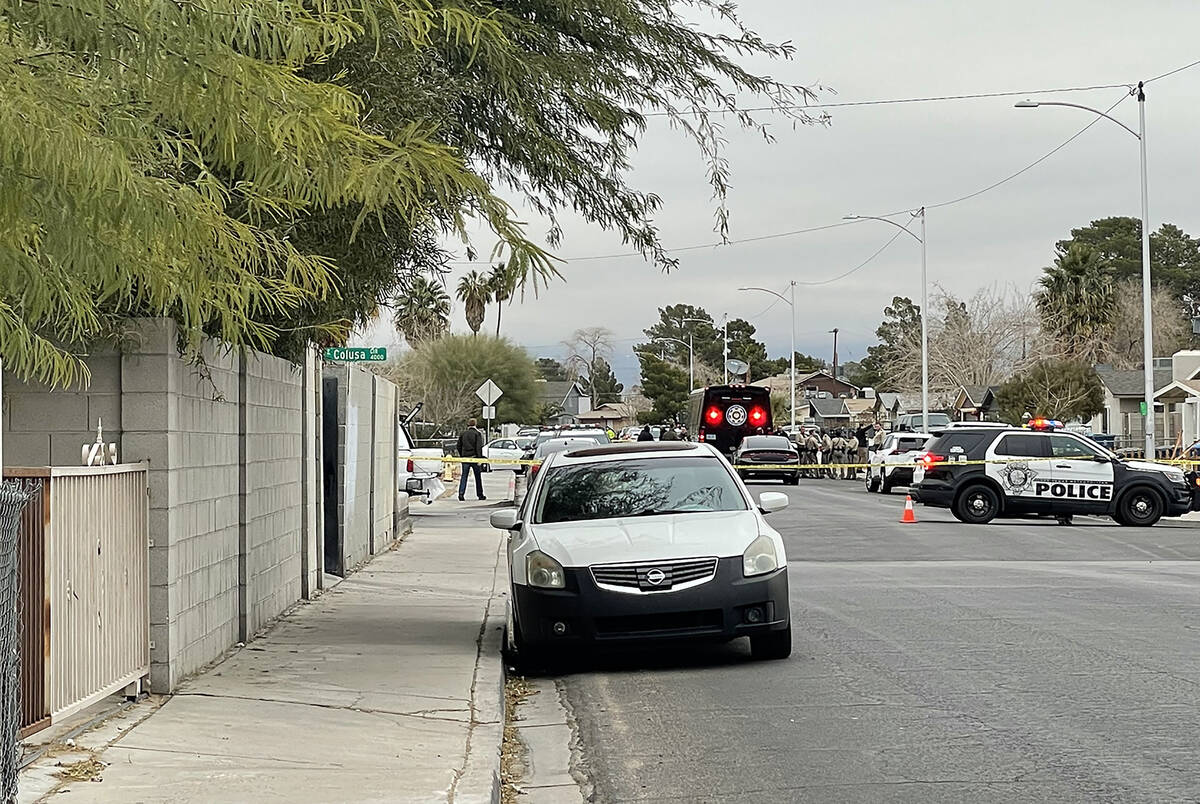 A driver called police at 11 a.m. to report another driver pointed a gun at them amid a bout of road rage, according to Metropolitan Police Department Capt. Carlos Hank.

Officers attempted to stop the driver who pointed the weapon near the intersection of North Nellis Boulevard and East Bonanza Road, but Hank said the person with the gun drove off.

Hank said officers ultimately shot the driver who had the weapon near Colusa Circle and North Sacramento Drive after about a 2-mile pursuit. The person was pronounced dead at the scene.

“We had a bad guy threaten one of our citizens with a weapon and their vehicle. Our officers responded and engaged the subject,” Las Vegas Police Protective Association President Steve Grammas said in a video posted on the union’s social media Friday. “The subject tried to kill our officers, your officers, both with a vehicle and a handgun. Luckily our officers came out on top and the bad guy didn’t.”

Further details were not immediately provided.