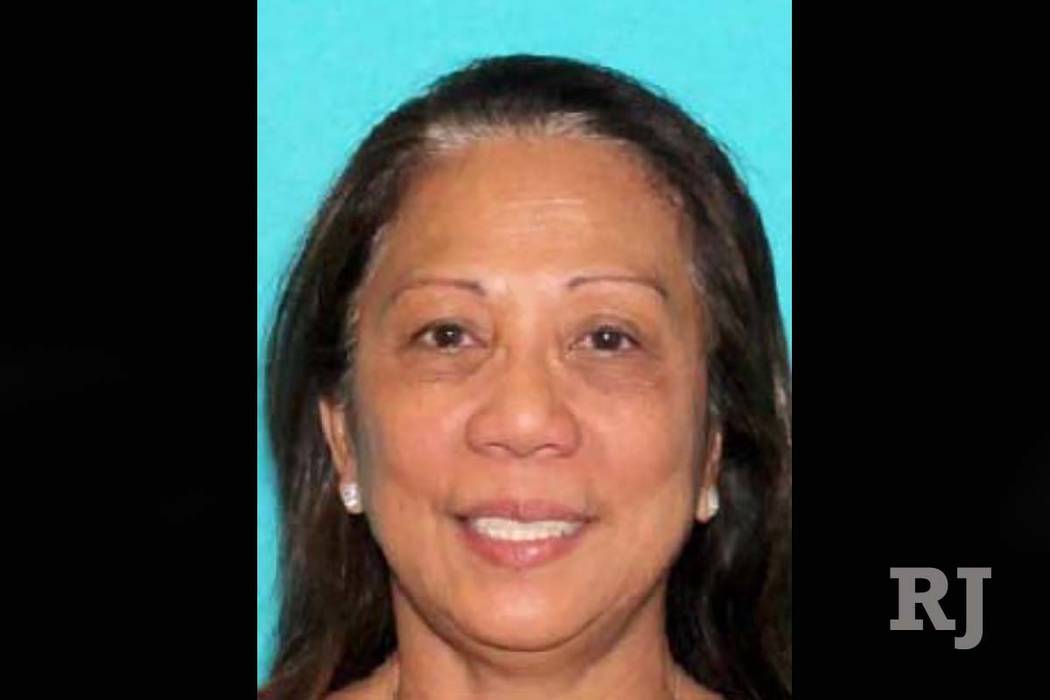 The girlfriend of mass murderer Stephen Paddock will be interviewed by the FBI in Los Angeles, not brought to Las Vegas for questioning, according to Clark County Sheriff Joe Lombardo. (Las Vegas Metropolitan Police Department)

If Marilou Danley is still a person of interest in the Las Vegas shooting investigation, law enforcement officials aren’t saying.

Since her Oct. 3 return to the United States, authorities also were keeping the whereabouts of the shooter’s live-in girlfriend close to the vest. Las Vegas police said Danley was met by FBI agents for questioning when she landed at Los Angeles International Airport.

The 62-year-old woman was first thrust into the public spotlight hours after bursts of rapid gunfire erupted over thousands of concertgoers.

Authorities linked her to Stephen Paddock when a casino player’s card in her name was found inside the shooter’s 32nd-floor Mandalay Bay hotel suite. The initial search for her spanned several Asian countries, with reports that she may have been in the Philippines or Japan.

The latest mention of Danley by law enforcement was on Oct. 10, when Metropolitan Police Department Sheriff Joe Lombardo sat down with the Las Vegas Review-Journal.

In the interview, Lombardo said investigators may “never” rule out the possibility that Danley and the shooter’s brother had any involvement in the attack or its planning stages. In a news conference a day earlier, the sheriff also said authorities were still speaking with Danley “about the suspect’s movements, gun purchases and anything else we need to know about him and how he planned his assault.”

Metro recently tightened its grip on the release of information after Lombardo on Oct. 13 announced two major changes in the shooting’s timeline, drawing both public scrutiny and harsh online criticism. When asked Friday whether Danley was still a person of interest in the case, a Metro spokeswoman said the FBI was in charge of that portion of the investigation. But local FBI spokeswoman Sandra Breault told the Review-Journal that Las Vegas police were in charge of fielding all media inquiries and could not release a statement.

Despite Danley’s flying under the radar in the Las Vegas Filipino community, local leaders in the days following the shooting extended a helping hand to the woman, who police say was born in the Philippines but was traveling on an Australian passport.

In an emailed statement to the Review-Journal, the Australian Federal Police also refused to answer questions about Danley, saying “the AFP does not comment on investigations being undertaken by other agencies.”

“We’re not here to judge her,” Amie Belmonte, the president of the local chapter of the National Federation of Filipino American Associations, said Oct. 6. “Whatever help she may need, we’re here for her.”

On Friday, Bernie Benito, chairman of the Fil-Am Alliance of Nevada, said the offer still stands.

“As a matter of fact, if we get some information about where she is, we would like to reach out to her,” he added.

In her first and last public statement on Oct. 4 read by her attorney in front of the FBI field office in Los Angeles, Danley said she was cooperating with authorities and voluntarily flew back to America.

As of Friday afternoon, Los Angeles-based attorney Matthew Lombard had not returned multiple phone calls from the Review-Journal seeking comment.