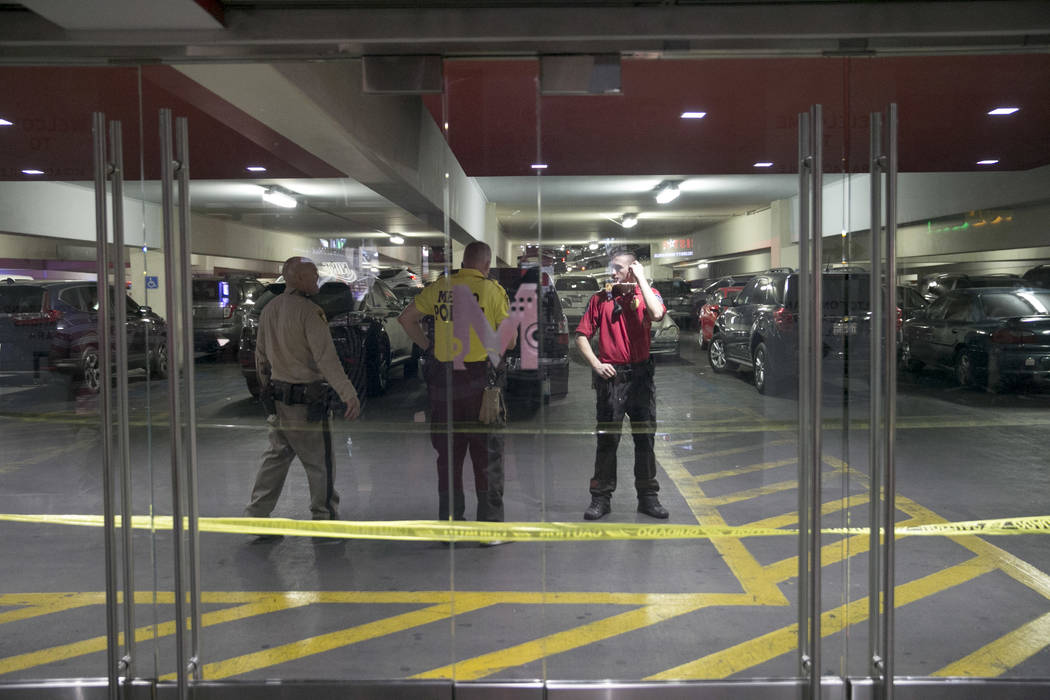 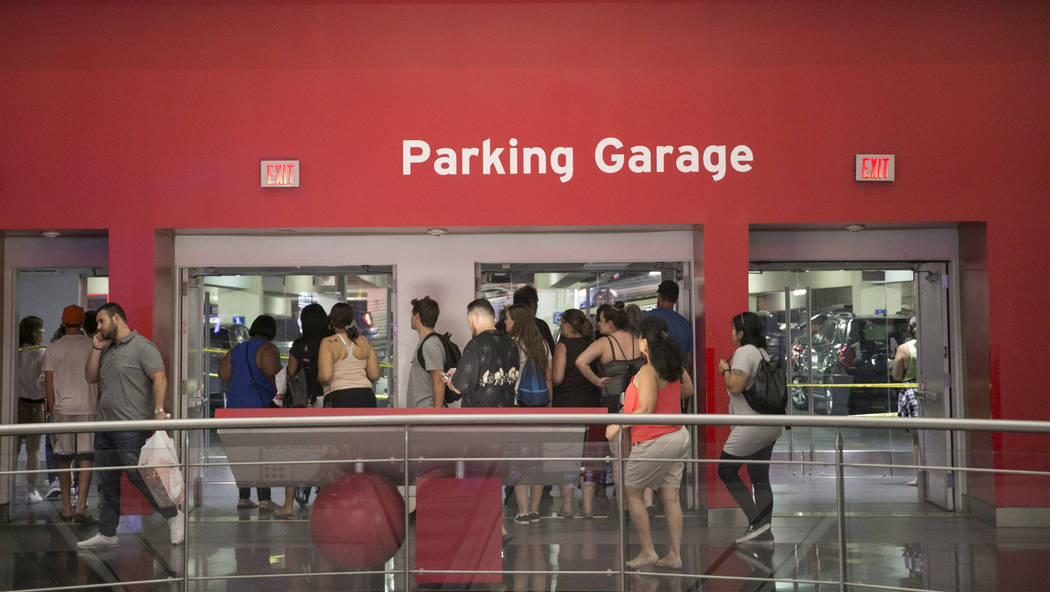 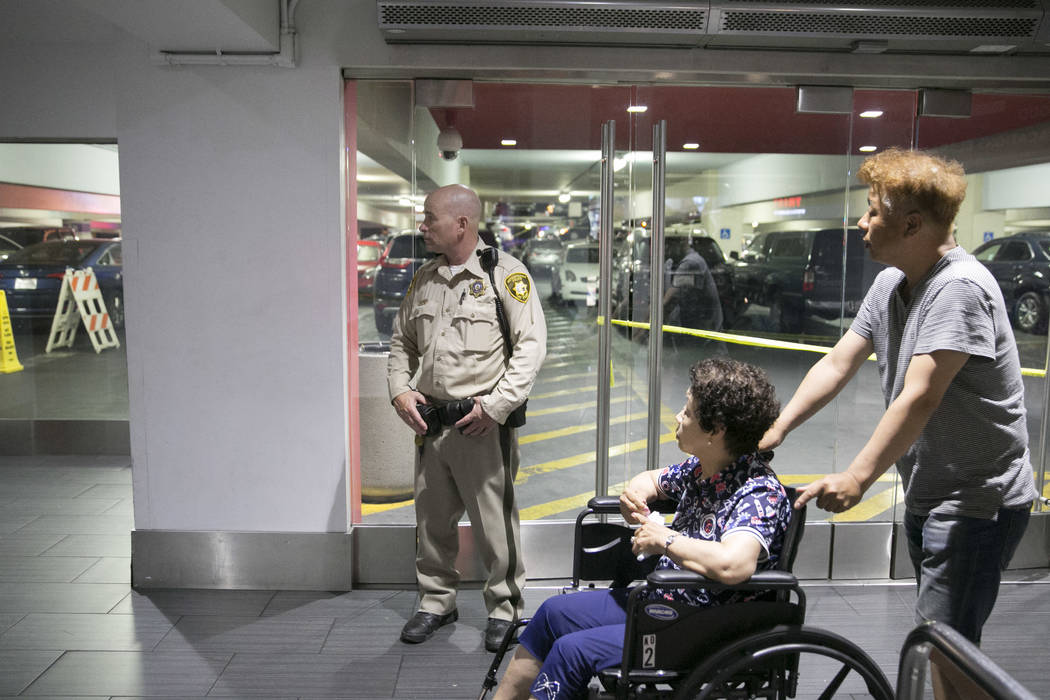 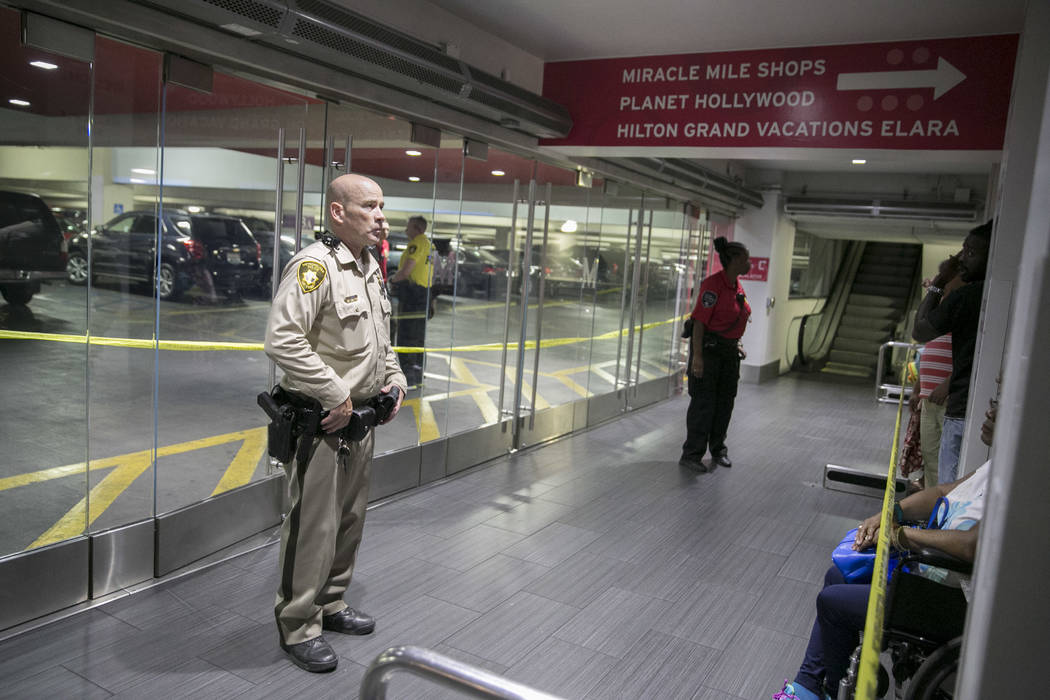 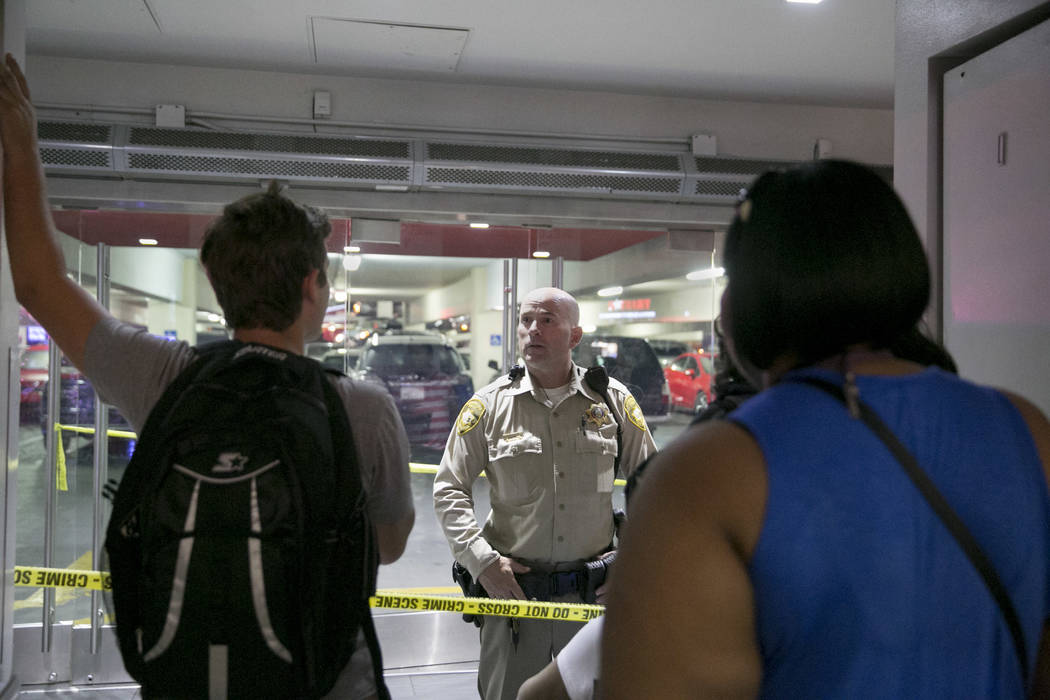 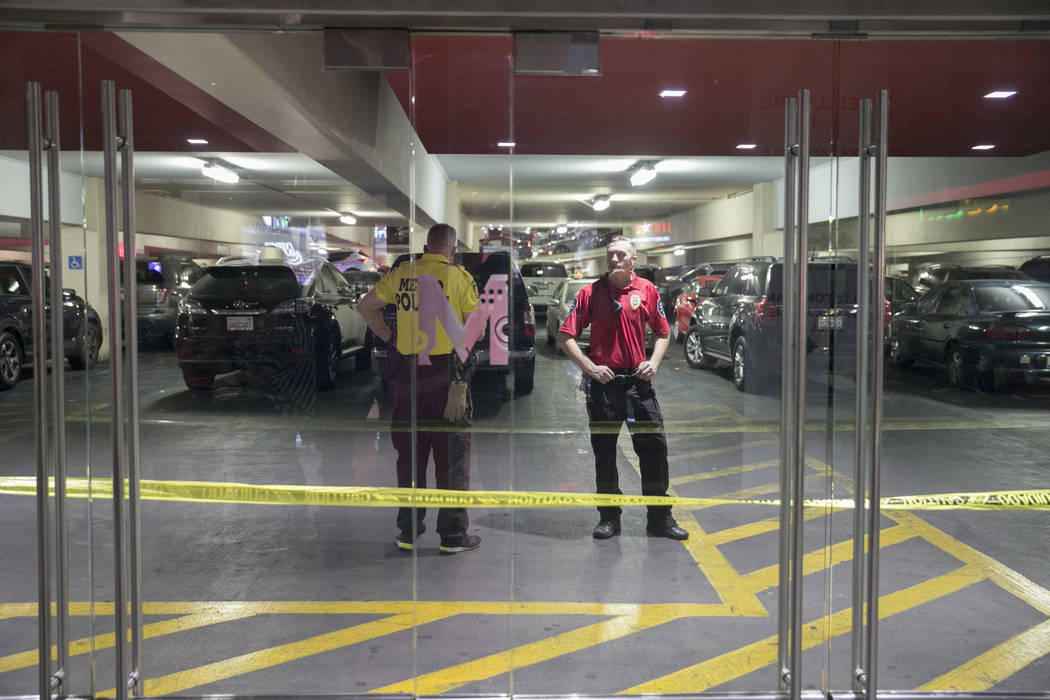 The shooting happened about 7:45 p.m. on the third floor of the Planet Hollywood parking garage, Rodriguez said. It stemmed from a robbery at the Sunglass Hut inside the Miracle Mile Shops at Planet Hollywood, during which two men stole an undisclosed amount of merchandise.

After the robbery, police said Miracle Mile security guards identified the men and chased them, trying to detain the men until police arrived.

The guards chased the men into the parking garage, where shots were fired.

As of 10:30 p.m., Rodriguez said the men were not in custody and considered “armed and dangerous.” It’s unclear if they ran out of the garage or escaped in a car.

“Apart from the Sunglass Hut, there was no other businesses affected,” Rodriguez said. “The Planet Hollywood casino was not affected.”

Shortly after the shooting, police closed the parking garage in an attempt to clear a path for first responders and locate the men. By about 11 p.m., the garage was operating normally.

Anyone with information on this incident may call Crime Stoppers at 702-385-5555.

The miracle mile shops parking garage is currently closed due to a shooting @reviewjournal #rjnow pic.twitter.com/mZDOOAlbCS