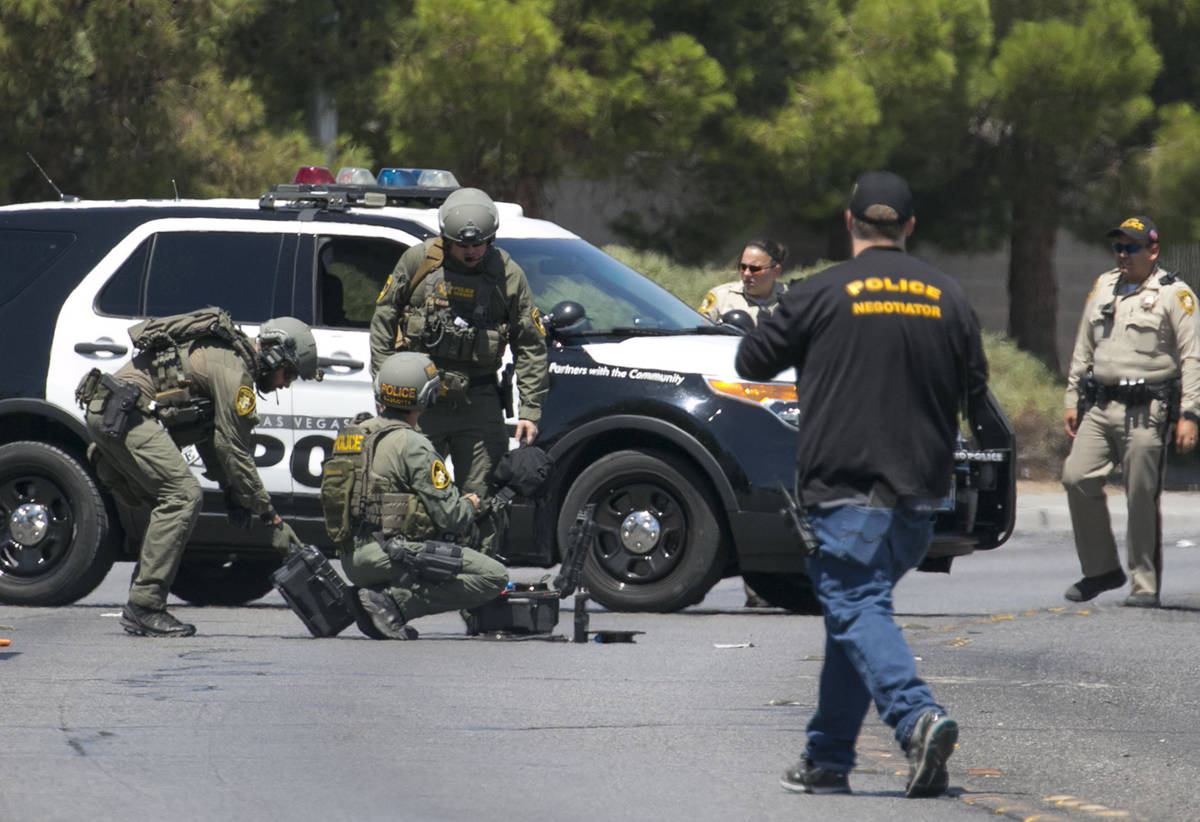 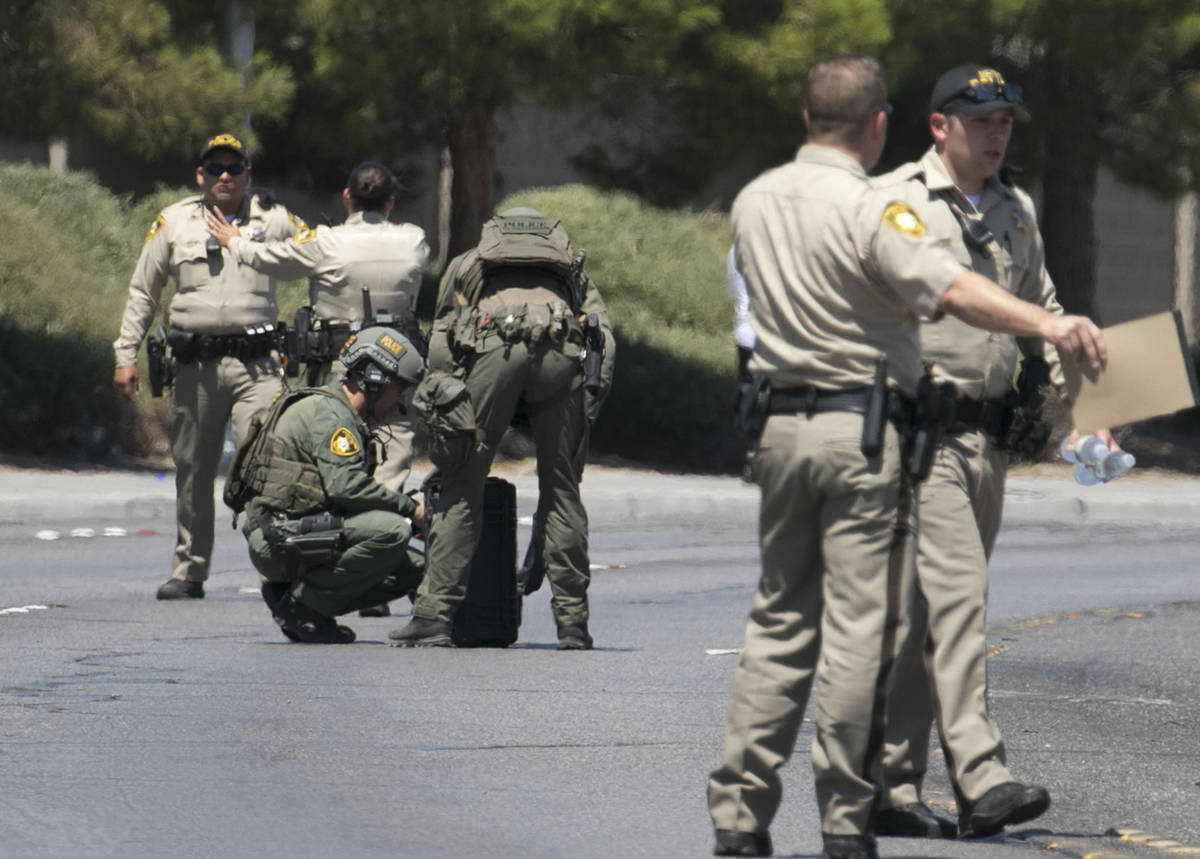 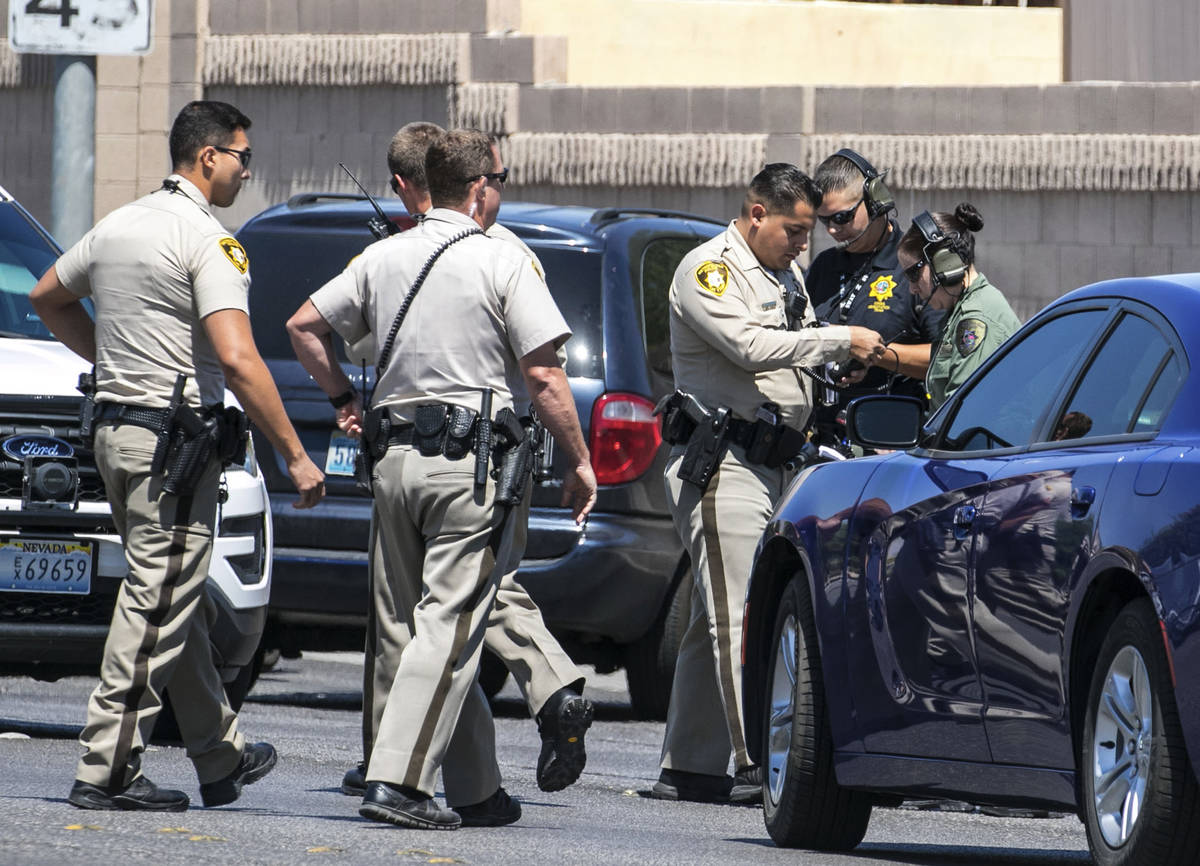 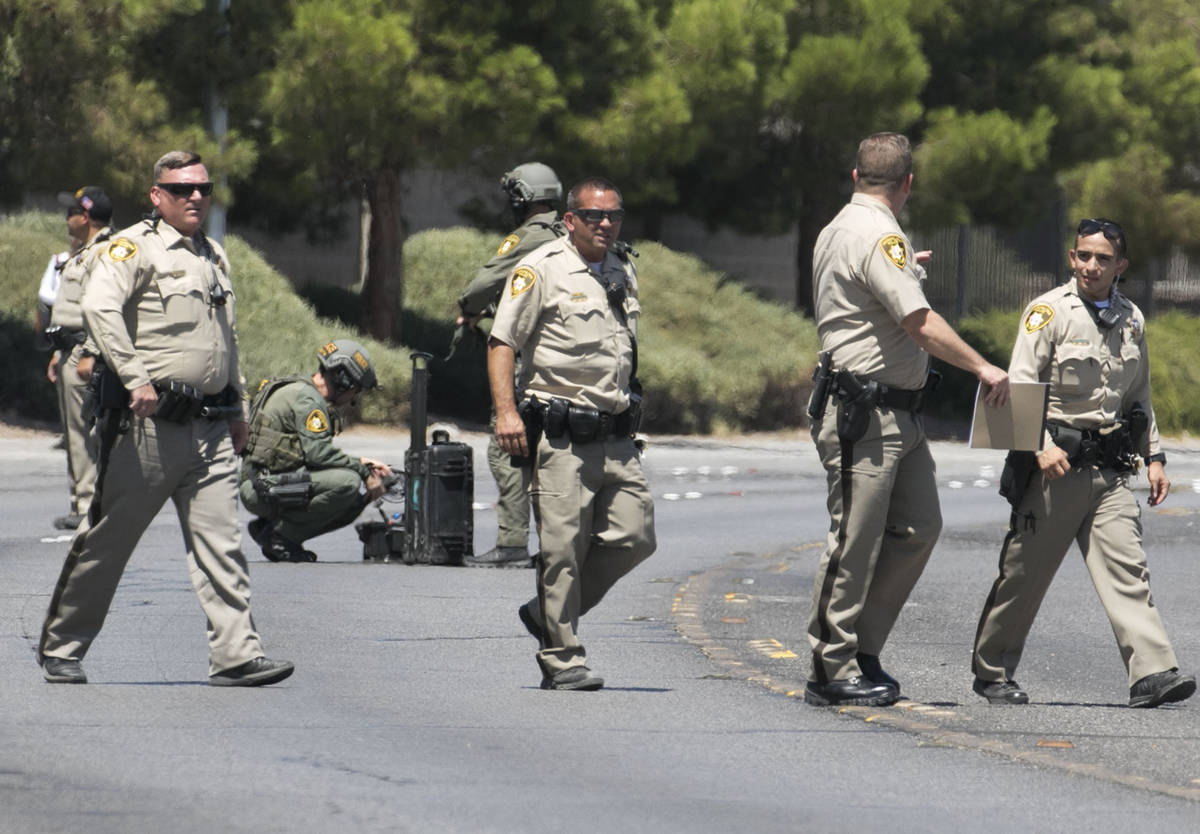 A man with a sword barricaded himself in an apartment for several hours Monday morning after Las Vegas police officers shot at him.

Metropolitan Police Department Capt. Fred Haas said someone called police around 10 a.m. to report the man, who was older than 50, swinging a sword aggressively at an apartment complex on the 2100 block of Citrus Hills Avenue, near Lake Mead Boulevard.

Haas said officers found the man standing on a ground floor patio with the sword sheathed on his back. The officers interacted with him for about three minutes before the man drew a handgun, Haas said.

Police said in a statement Monday afternoon that the man pointed the gun toward officers. Several officers shot at the man, who then barricaded himself in the apartment for about three hours.

SWAT negotiators were called to the scene, and the man was arrested without incident around 1 p.m.

Police said he was treated for minor injuries at University Medical Center, though it was unclear if he was injured by gunfire or something else.

The identities of the officers who shot at him will be released after 48 hours. This marked the 10th police shooting investigated by Metro this year.