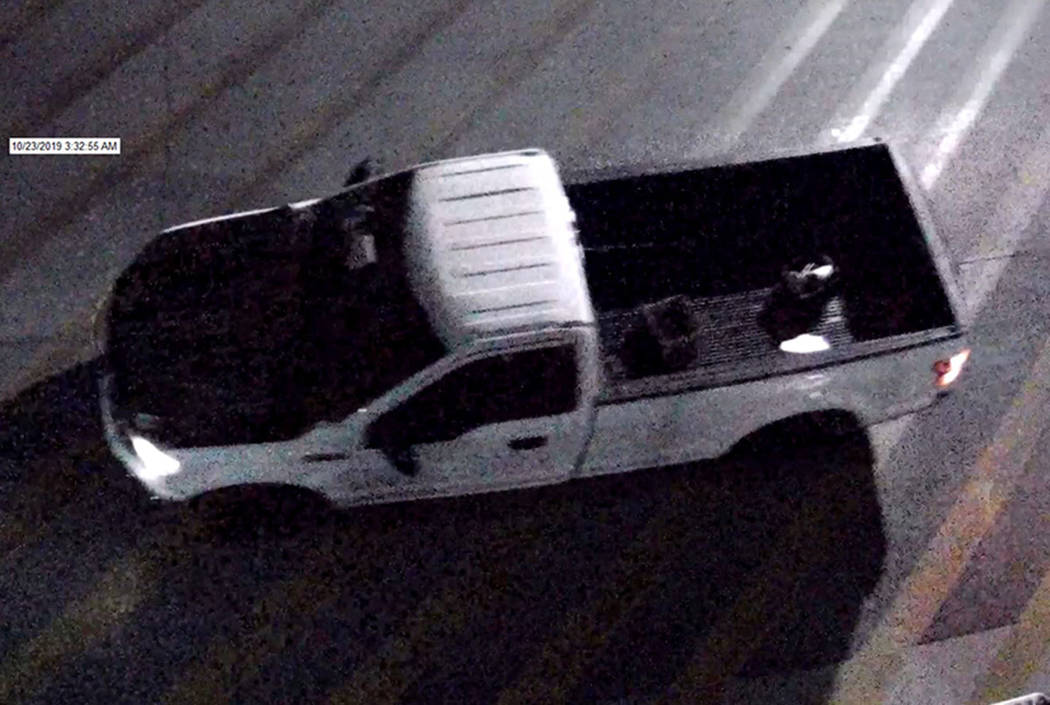 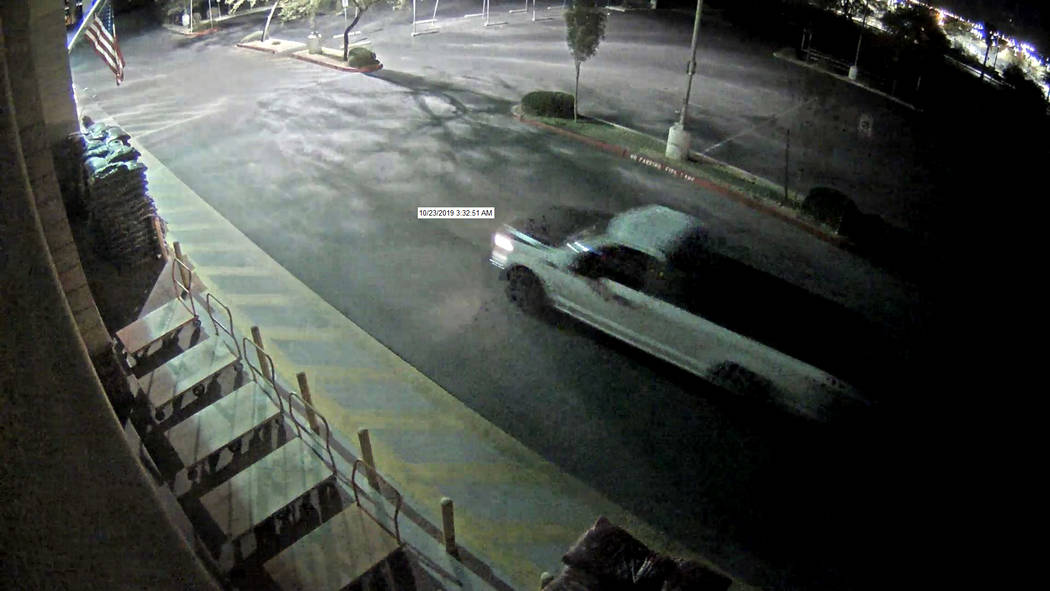 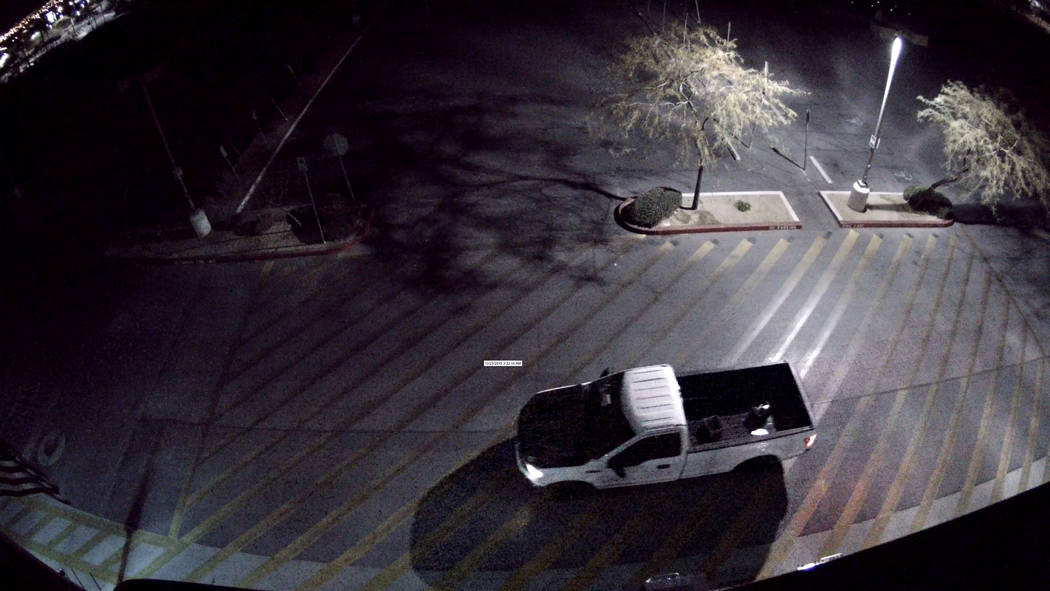 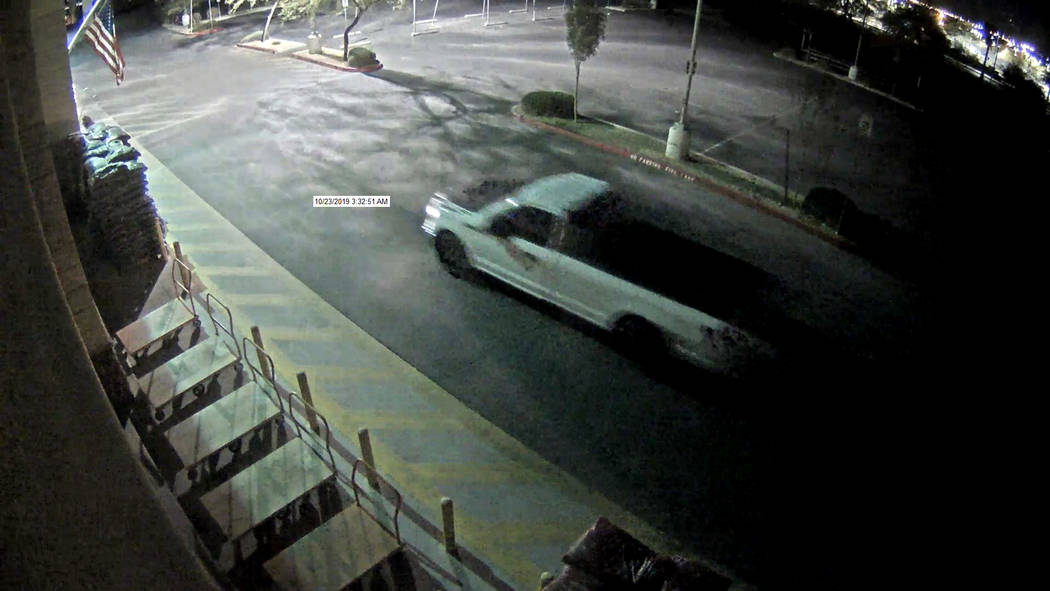 North Las Vegas police believe that the same pickup involved in a recent police shooting was used to rob another commercial business Wednesday.

About 2:30 a.m. Oct. 18, a North Las Vegas Police Department officer and officer-in-training attempted to stop a white Ford F-150 pickup near Decatur Boulevard and West Tropical Parkway. After a “brief pursuit” into a residential neighborhood, the truck reversed into the patrol car, prompting the officer to shoot at the truck multiple times, police have said.

Detectives believe that about 3:30 a.m. Wednesday, that same truck was used in a commercial burglary near Dorrell Lane and Fifth Street, just north of Deer Springs Way, police spokesman Eric Leavitt said in an email Thursday.

As of Thursday, the truck has been linked to 13 burglaries, seven of which happened in North Las Vegas, Leavitt said.

Recent pictures of the truck were also released Thursday, showing that it appeared the truck’s hood had been painted dark gray or black since the shooting.

Police are searching for two people suspected in the burglaries, who were shown in surveillance footage released Oct. 18. Further information about the burglaries was not immediately available.

When the truck reversed into the patrol car the night of the shooting, the patrol car’s passenger side door was slammed shut on one of the officers, causing minor injuries. That officer fired at the Ford, but it remained unclear Thursday if anyone inside the truck was injured.

The injured officer was treated at the scene.

The shooting was the third of four police shootings involving North Las Vegas officers this year, according to records maintained by the Review-Journal.

Anyone with information about the shooting, the burglaries or the location of the truck can contact North Las Vegas police at 702-633-9111.