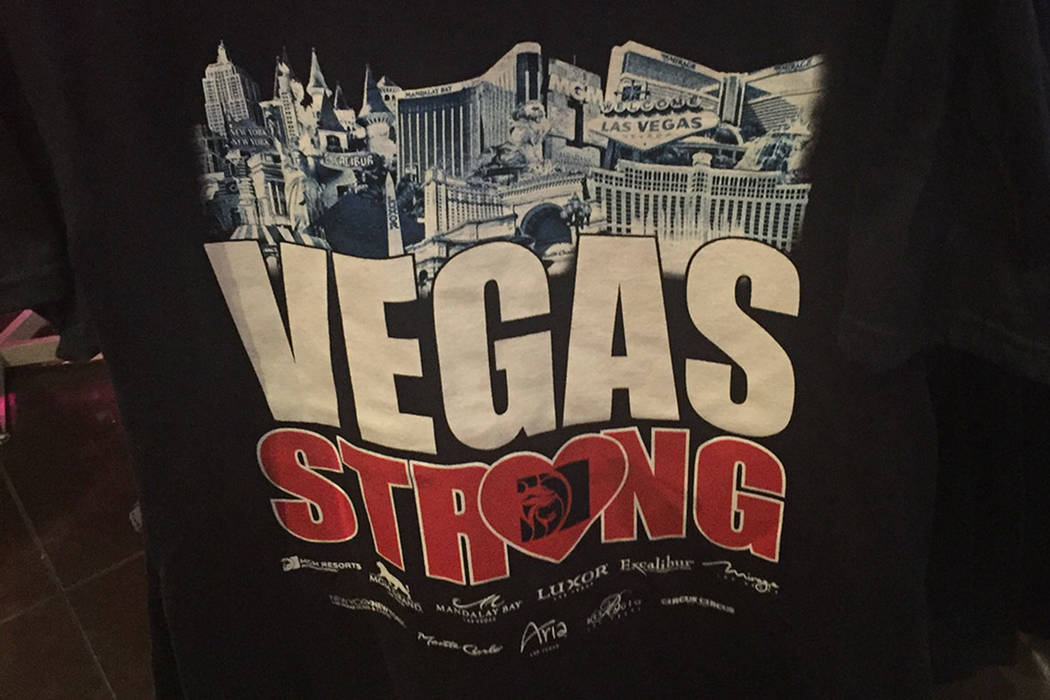 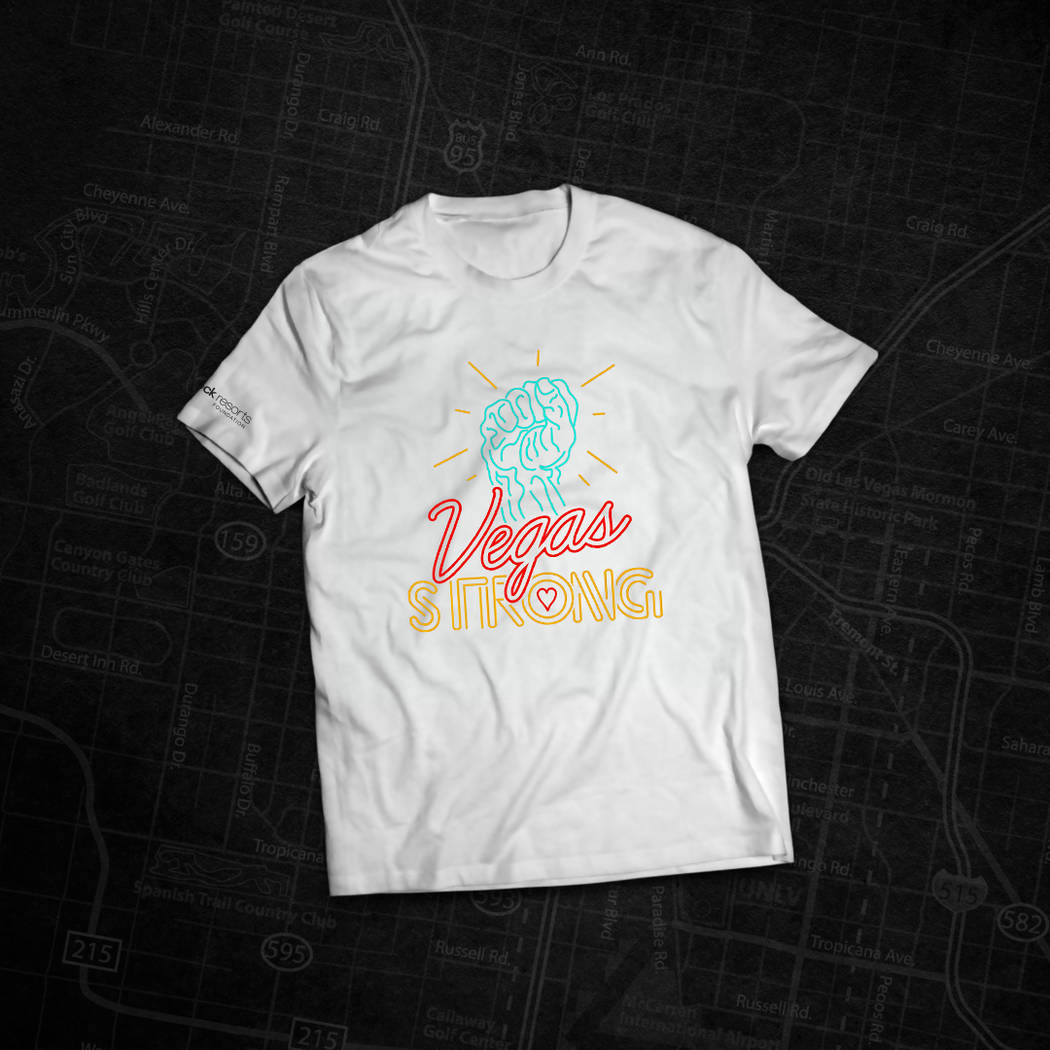 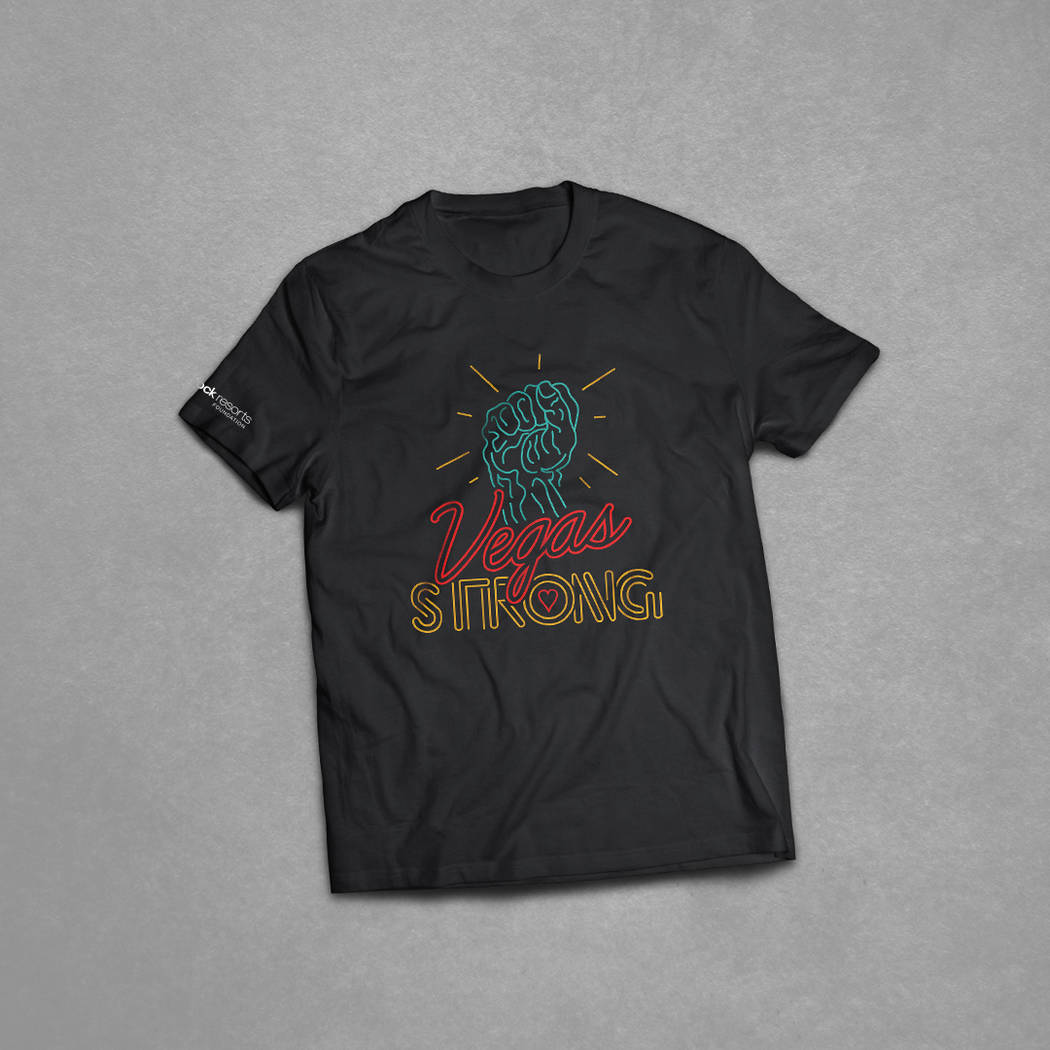 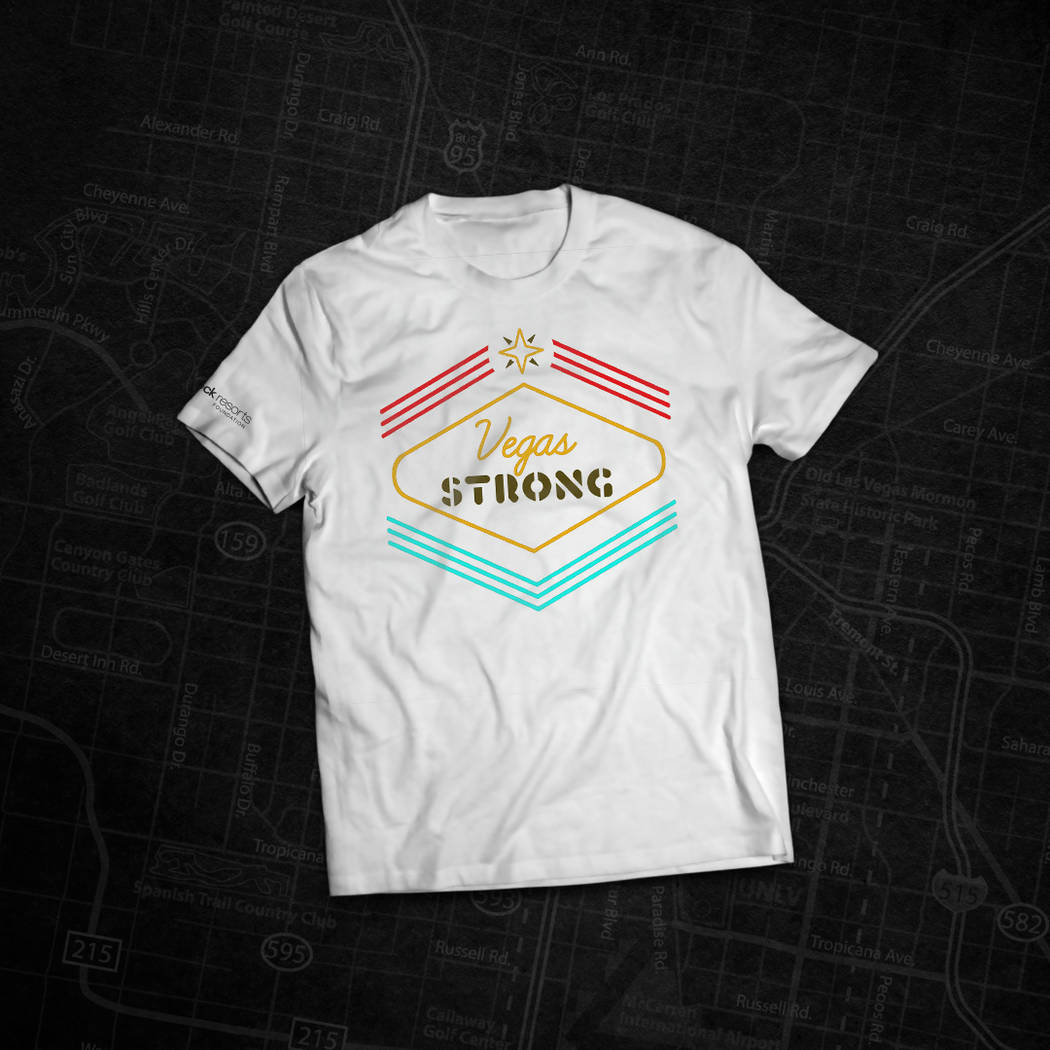 "Shine On" shirt (Studio Number One) 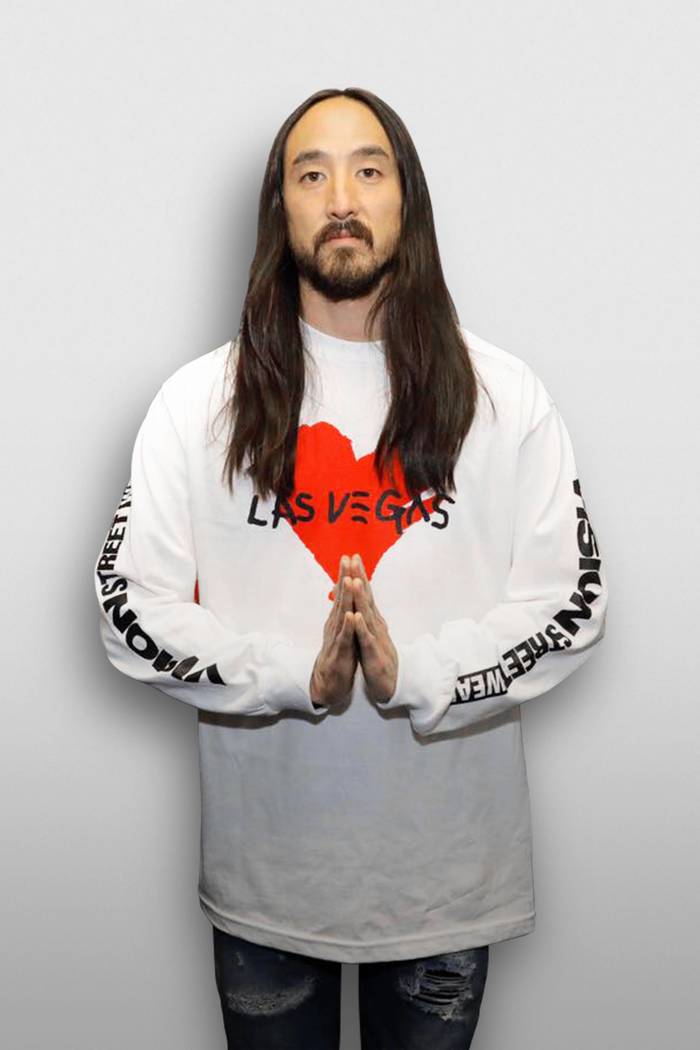 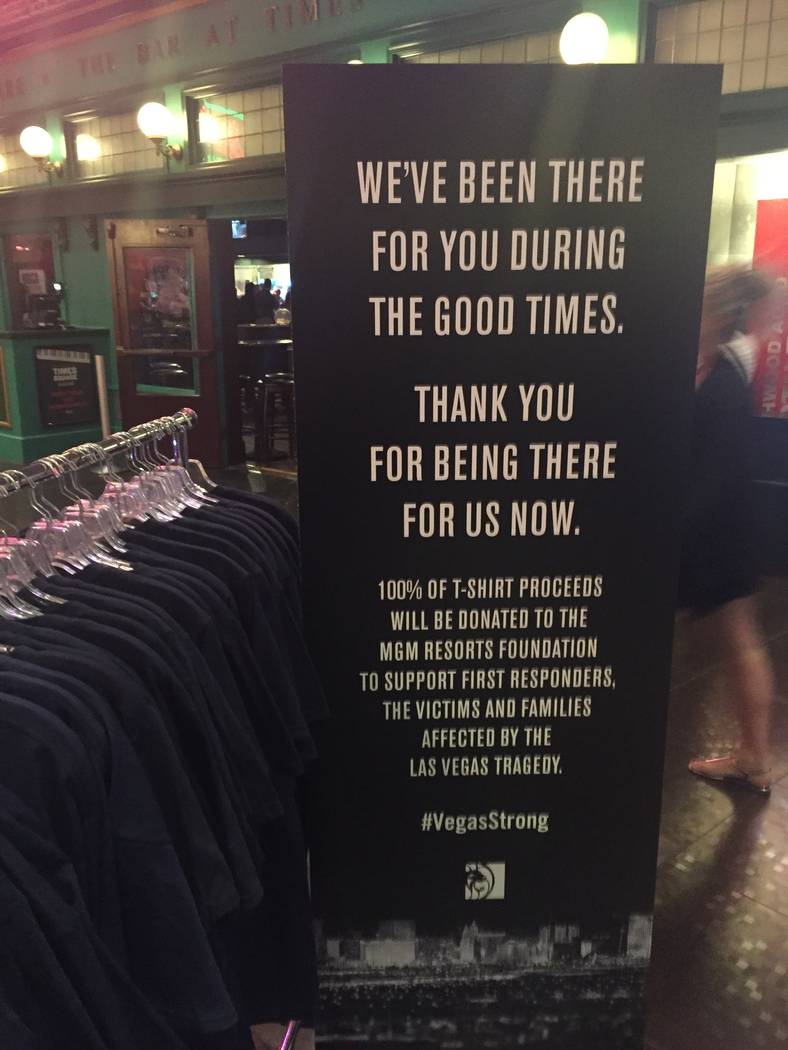 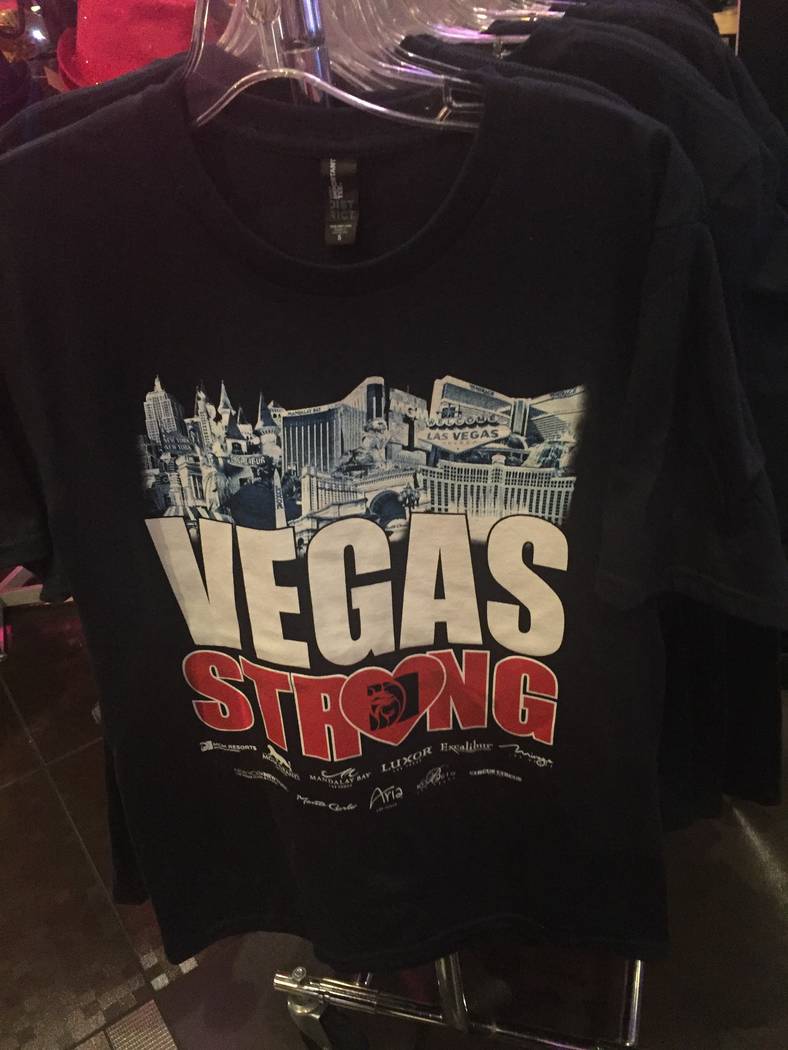 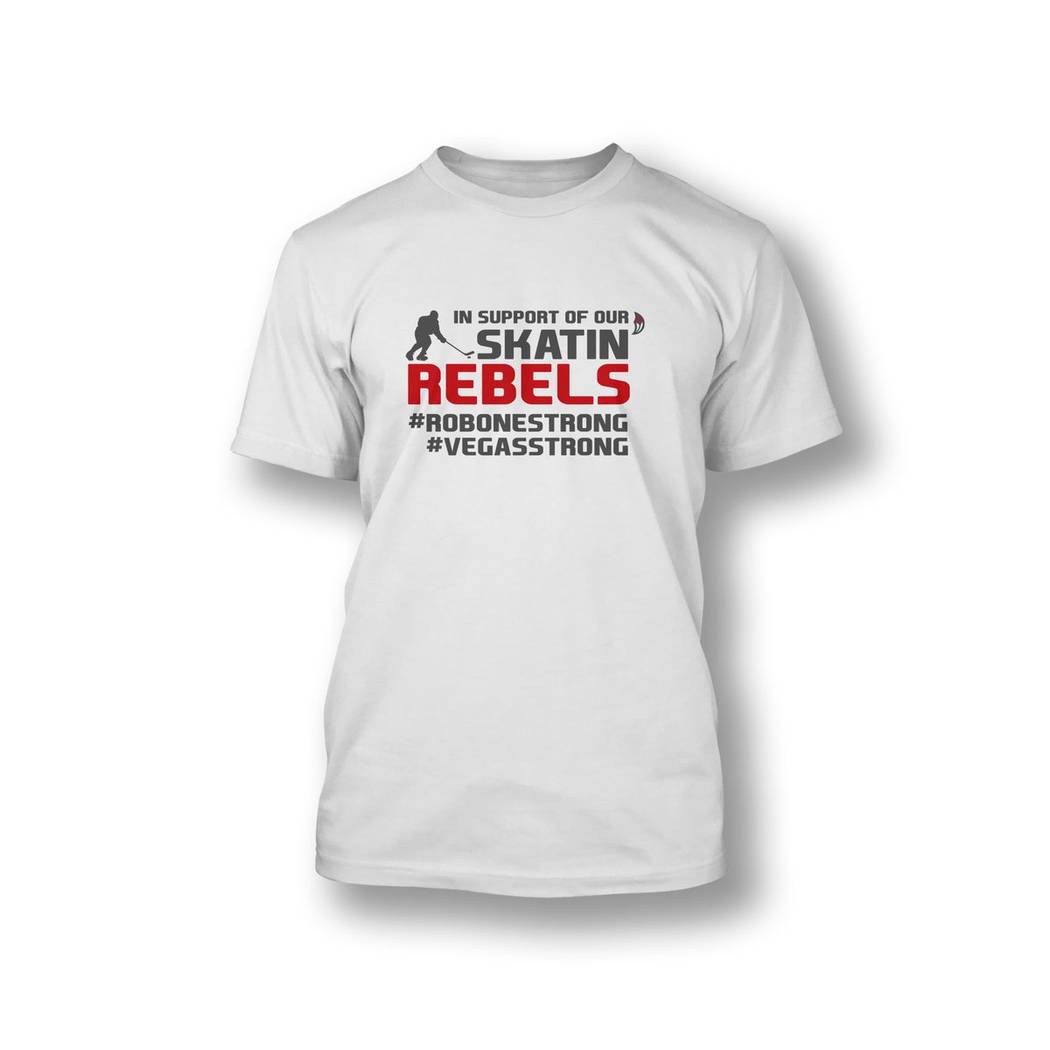 T-shirts from the UNLV hockey team 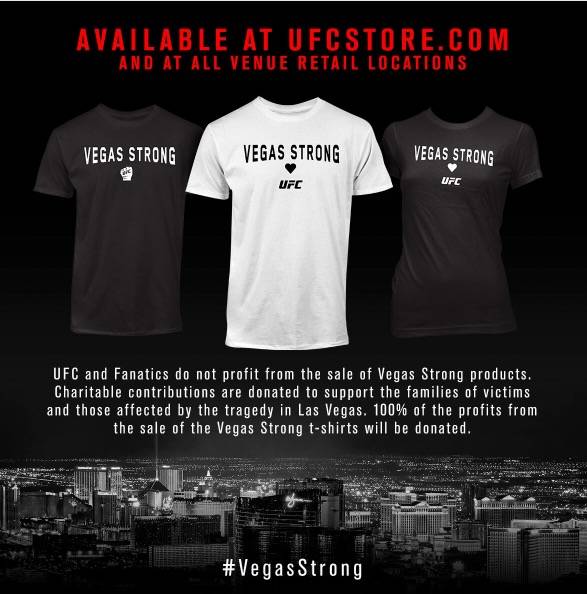 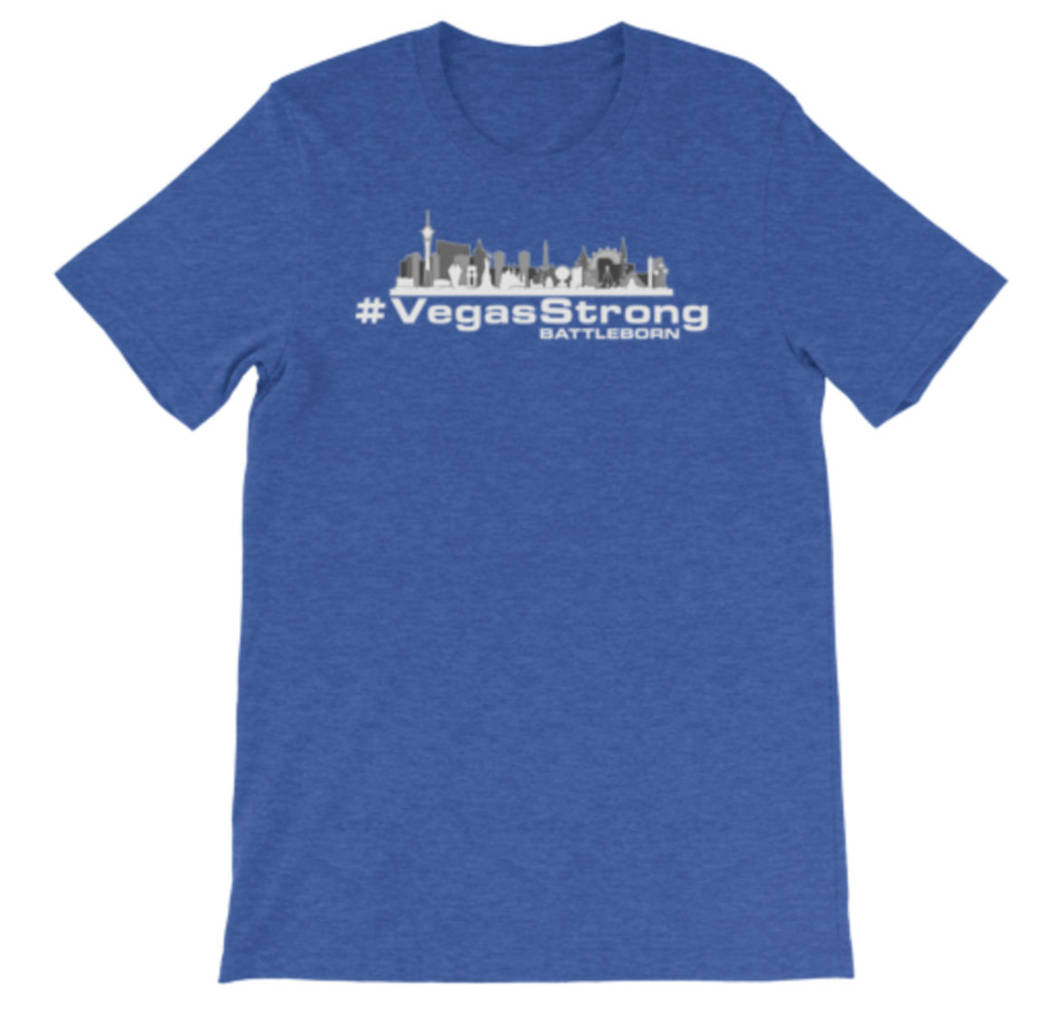 "VegasStrong" T-shirts from driversforvegas.com. All proceeds will be donated to the Support Las Vegas campaign benefitting the Direct Impact Fund. (driveforvegas.com)

The heartfelt outpouring of local pride Las Vegans expressed this past week has become tangible, thanks to a series of high-profile T-shirts designed to raise money for the victims of the Oct. 1 shootings.

“My studio quickly banded together with some leaders in the Las Vegas community to create powerful visual messages of unity to depict the strength and resilience of this community,” Fairey said in a statement. “I’m proud that my team and I could help to contribute something that can give us all a message of hope in this dark time.”

The shirts, available at VegasStrong.co, cost $25. One hundred percent of the profits will be donated to local organizations in support of those affected by the shootings.

Aoki, a regular headliner on the Strip, has designed a long-sleeve T-shirt featuring a sketch of a heart with Las Vegas scrawled across it on the chest and the logos for Vision Street Wear, which he co-owns, on the sleeves. The shirts cost $50 and can be purchased at dimmakcollection.com.

Net proceeds will go to the victim’s fund established by Clark County Commission Chair Steve Sisolak, which had raised more than $10 million by Saturday afternoon.

The team said shirts will be sold at the vegasteamstore.com, the NHL Shop Zone, The Armory store at T-Mobile Arena on the Strip and The Arsenal store at City National Arena in Downtown Summerlin.

The team won its inaugural game Friday and will play its home opener against Arizona on Tuesday night at T-Mobile Arena.

UFC president Dana White and commentator Joe Rogan wore special T-shirts to Friday’s weigh-ins for UFC 216. Those shirts, available in white and black and bearing the words “Vegas Strong,” a heart and the UFC logo, are available at UFCstore.com and all venue retail locations.

The shirts cost $24.99, and 100 percent of the profits will be donated to support the families of victims and those affected by the tragedy.

Available at DriversForVegas.com, the site states that Zappos will match 100 percent of the donations made up to $1 million, with all profits going to the Support Las Vegas campaign benefiting the Direct Impact Fund.

“As a group of racers from Las Vegas, we wanted to find a way for ourselves, along with our race fans, to help the victims and families of this unthinkable act,” Kyle Busch said.

In light of the recent tragedy, @KurtBusch & fellow Las Vegas natives have united to aid in the recovery process.https://t.co/w411ctft7n pic.twitter.com/mf1jamIMjo

And MGM Resorts, which owns Mandalay Bay as well as the site of the Route 91 Harvest country music festival, is selling Vegas Strong T-shirts with the “O” replaced by a heart containing the MGM lion logo, as well as photos of several MGM properties, including Mandalay Bay.

The shirts are being sold at Mandalay Bay, Excalibur, Luxor and New York-New York, and soon will be available at the rest of the MGM Resorts properties. They cost $20, and 100 percent of the proceeds will be donated to the MGM Resorts Foundation to support first responders, the victims and their families.

A rack of shirts was spotted Friday on the New York-New York casino floor beside a sign that read, “We’ve been there for you during the good times. Thank you for being there for us now.”