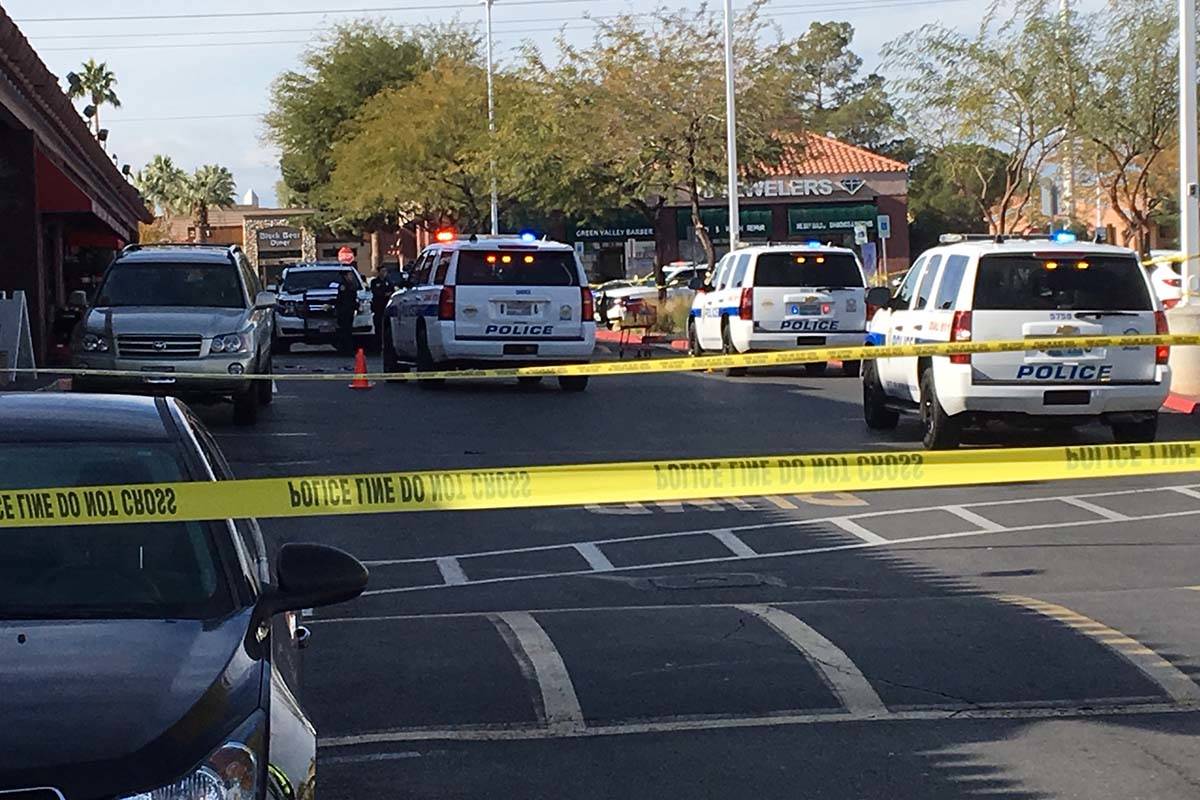 A man who was shot by Henderson police outside a grocery store in December 2019 was a military veteran who had been diagnosed with PTSD, a detective said Monday at a public review of the shooting.

John Watson III, 37, was shot by Officer Nicklaus Hamby on the morning of Dec. 14, 2019, after refusing to comply with the officer’s commands to drop a knife.

Watson’s wife told police that Watson was in the U.S. Navy for three years and had been diagnosed with post-traumatic stress disorder, schizophrenia and depression, Henderson detective Richard Christopher said.

Police responded to the Trader Joe’s grocery store at 2716 N. Green Valley Parkway that morning after Watson went into the store and threatened to stab someone if police weren’t called.

At the public review of the shooting on Monday, Christopher provided a timeline of events and presented 911 calls, footage of the encounter and witness statements. Such reviews are held when the Clark County district attorney’s office makes a preliminary decision not to pursue charges against an officer after a deadly police shooting or in-custody death.

Watson met his wife in an assisted living facility in 2014, the two got married in 2018, and moved to Henderson in May 2019, Christopher said. Watson had no prior contact with Henderson police.

In the weeks leading up to the shooting, Watson had been increasingly agitated and anxious, and hadn’t been sleeping well, his wife told police. The symptoms were similar to those Watson was hospitalized for in February 2019, she told investigators.

“In reference to this incident, his wife asked what was bothering him and he advised it had to do with something that occurred when he was in the Navy,” Christopher said at the review.

Watson’s wife told investigators she stayed up with her husband until about 7 a.m. the day of the shooting, Christopher said.

“She ended up falling asleep, and she didn’t know that he had left,” Christopher said.

After the shooting, Watson’s wife consented to a police search of the home. A handwritten note was inside.

“Im sorry for everything I put you through,” the note read.