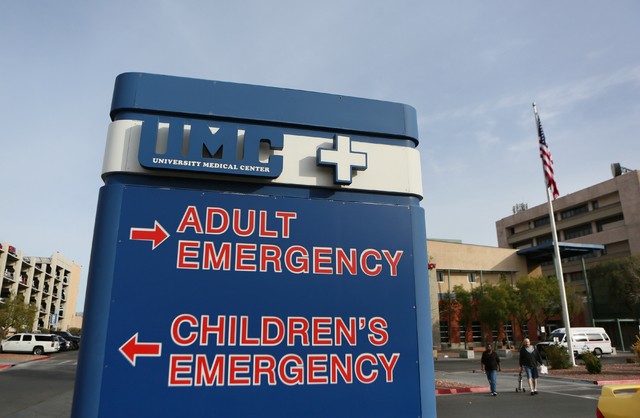 A male is hospitalized after being shot in the leg during an attempted robbery Saturday night near the University of Nevada, Las Vegas.

The man told police he was in his apartment and answered a knock at the door. An unknown person entered the apartment and tried to rob the man, shooting him once in the leg before running away, Rogers said.

It is unknown whether the suspected shooter took property.

The male victim was taken to University Medical Center with a gunshot wound to the calf, Rogers said.