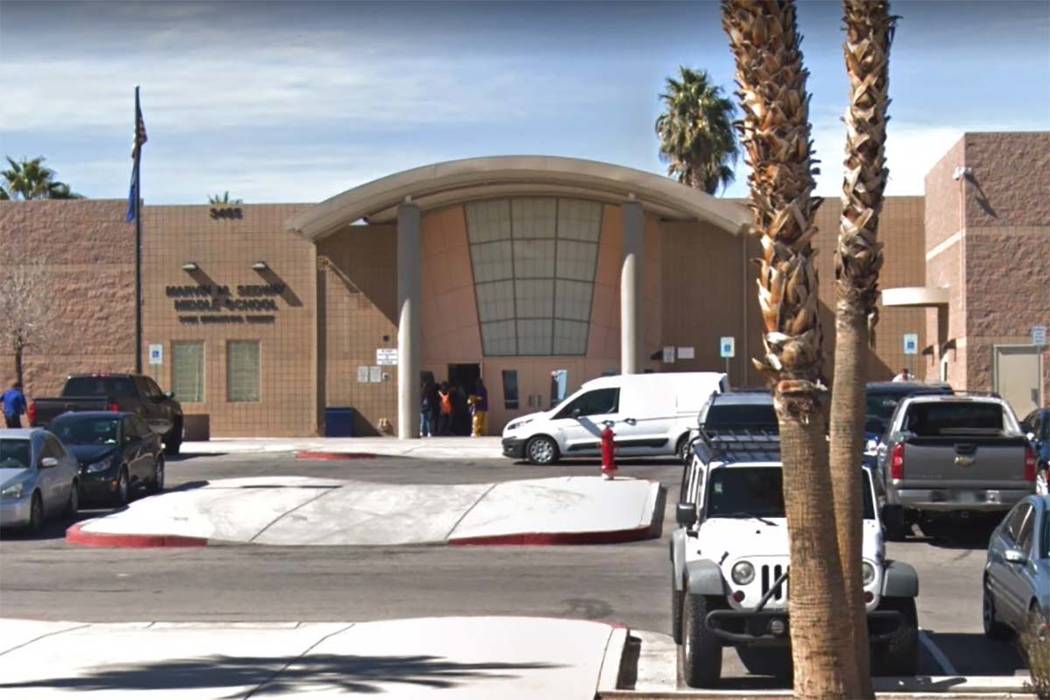 The students, whose ages have not been released, were arrested during the school day at Sedway Middle School, 3465 Englestad St., said school district police Sgt. Bryan Zink. No threats were made.

One of the students brought the BB gun to school and passed it off to the other student during the day, he said. It was reported to school staff by another student.

The two were booked into the Clark County Juvenile Detention Center on one count each of possession of a dangerous weapon on school property.