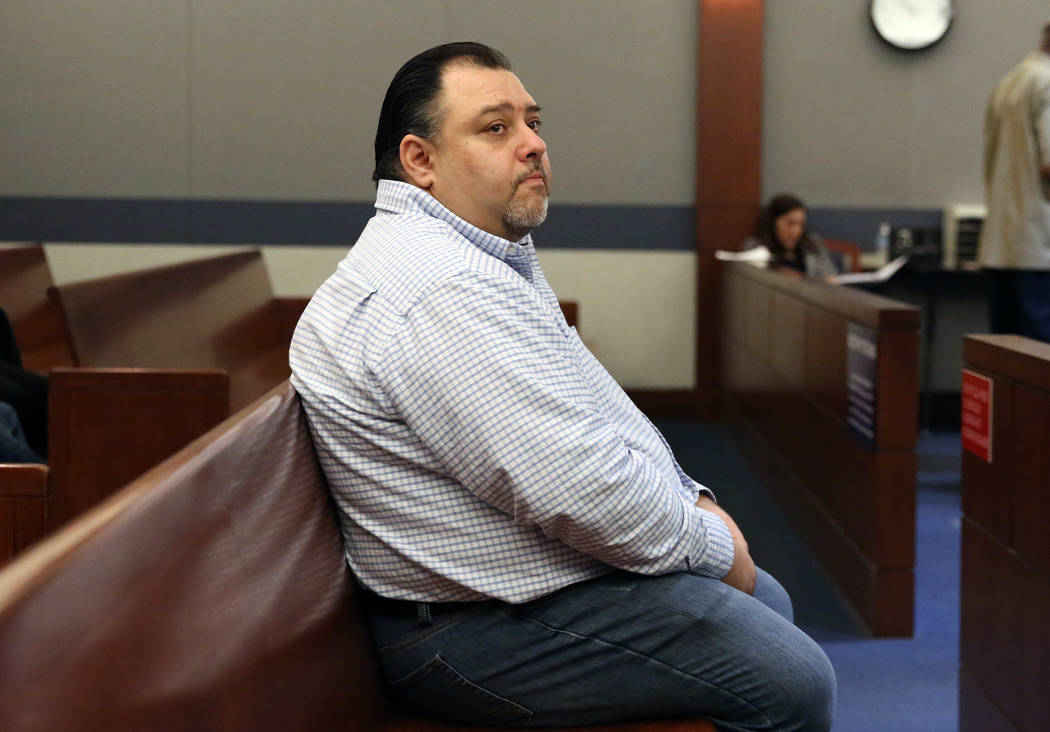 David Marks appears in court during his preliminary hearing at the Regional Justice Center on Wednesday, May 29, 2019, in Las Vegas. (Bizuayehu Tesfaye/Las Vegas Review-Journal) @bizutesfaye

A 46-year-old man who died last week while under house arrest was one of five suspects awaiting trial in what authorities have called a long-running “psychic reading” scam that bilked a Las Vegas lawyer out of more than $1 million.

David Marks of Las Vegas died on Nov. 25 at Spring Valley Hospital Medical Center after suffering a medical episode at his home, according to Las Vegas police and the Clark County coroner’s office. His cause and manner of death had not been determined as of Monday.

He and his co-defendants — Sherry Marks, Peaches Marks, Nancy Marks and Rita Stevens — were indicted in June on 14 counts of theft and one count of multiple fraudulent transactions, according to court records.

David Marks had been on house arrest since June awaiting trial in Clark County District Court.

“To me, this was always a winnable case,” his defense attorney, Betsy Allen, said Monday. “There was a level of consent from the victim.”

The remaining four defendants still face the prospect of decades behind bars in what police have described as an elaborate, monthslong scam that netted cash, jewels, airfare and a pair of $130,000 white-on-white BMWs. Their jury trial is set to begin March 2.

According to the June indictment, Stacey Tokunaga, an attorney who runs a firm under her own name and focuses on workers compensation law in California and Nevada, was steadily swindled out of $1.5 million after responding to a flyer for “Psychic Readings” she found on the door of her Summerlin home.

In one instance,the indictment states, she called the number listed on the flyer for a tarot card reading and was told “her chakras were off balance.” She was quoted $1,500 for a “chakra clearing.”

By May 2018, she had lost hundreds of thousands of dollars in cash alone, authorities have said.