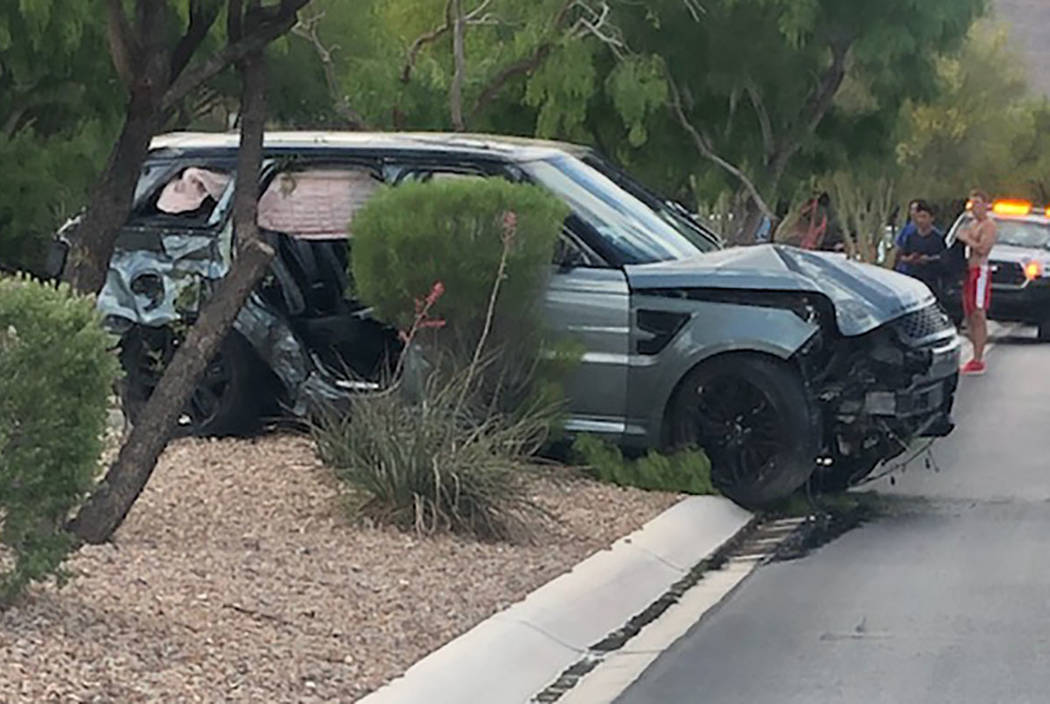 This SUV was involved in a fatal crash at the intersection of Granite Ridge and Grey Feather drives in western Las Vegas on Thursday, May 30, 2019. (Courtesy) 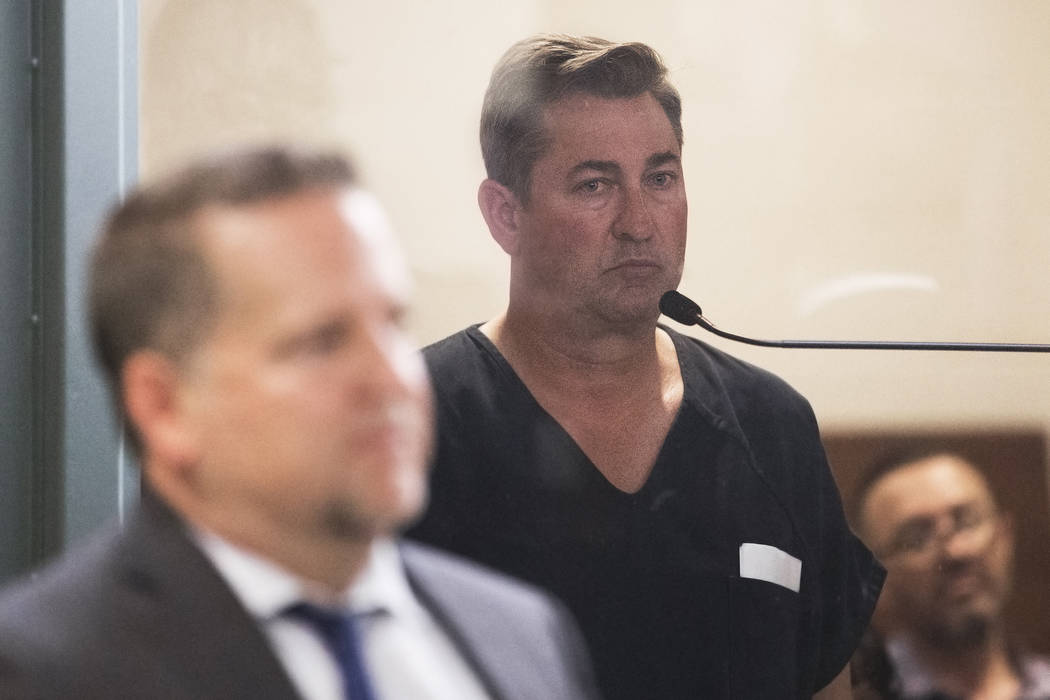 Scott Gragson, grandson of former Las Vegas mayor Oran Gragson, makes his initial appearance at the Regional Justice Center in Las Vegas, Friday, May 31, 2019, after he was involved in a DUI crash that left one person dead and two injureds. (Benjamin Hager/Las Vegas Review-Journal) @benjaminhphoto

The 36-year-old woman who died last week in a suspected DUI crash that led to the arrest of an ex-Las Vegas mayor’s grandson has been identified by the Clark County coroner’s office.

Melissa Newton was one of three backseat passengers who were ejected from the back seat of a 2015 Range Rover SVR Thursday when the driver lost control of the vehicle and crashed in a Summerlin neighborhood. She died at the scene from extensive blunt force injuries, the coroner’s office said, and her death was ruled an accident.

The other two passengers, a 50-year-old man and 46-year-old woman, suffered serious injuries.

Jail records show that Gragson is no longer in custody at the Clark County Custody. Court records show Las Vegas Justice of the Peace Ann Zimmerman ordered Gragson to surrender his passport and not drink alcohol and conditions of his bail. He also signed a waiver of extradition.

A previous version of this story listed the wrong age for Melissa Newton.