RJ App
Vegas News, Alerts, ePaper
OPEN
A man sneaked into a wedding Saturday in the western Las Vegas Valley and stole most of the monetary gifts, according to the groom's sister. (James Schaeffer / Las Vegas Review-Journal) 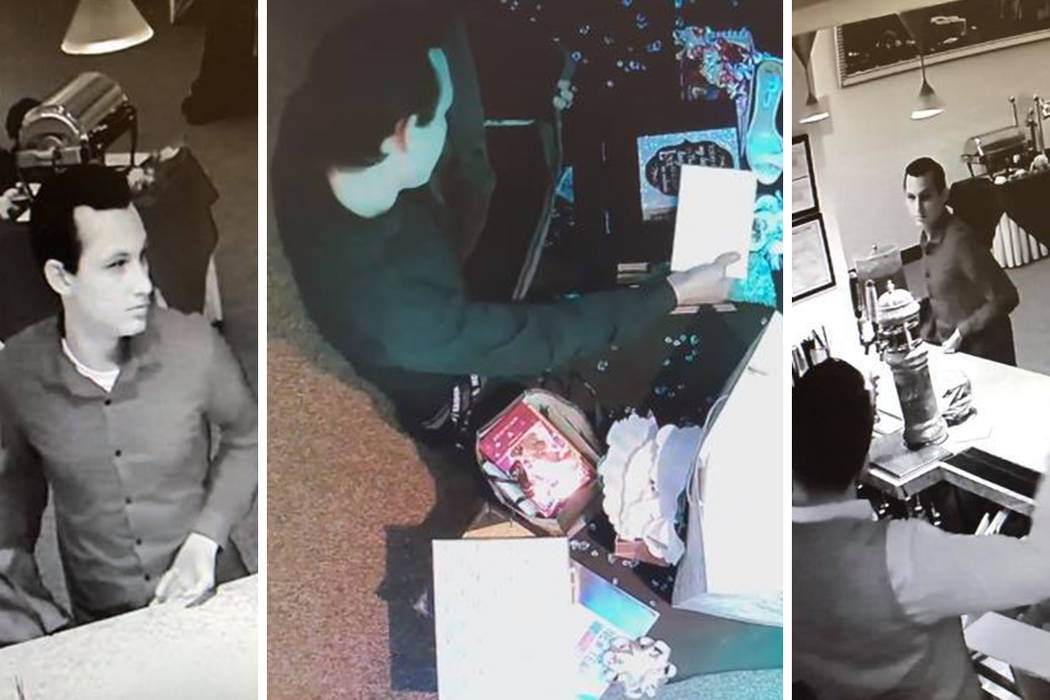 A man sneaked into a wedding Saturday in the western Las Vegas Valley and is alleged to have stolen most of the monetary gifts. (Alex Westmoreland Facebook)

A man sneaked into a wedding Saturday in the western Las Vegas Valley and stole most of the monetary gifts, according to the groom’s sister.

Alex Westmoreland posted about the theft on Facebook on Monday afternoon, asking for the public’s help locating the man. She shared photos and videos of security footage from the venue, Emerald at Queensridge.

The videos in Westmoreland’s post showed a man asking a question at the bar before approaching the gift table. He opened the card box and removed a stack of cards, then shoved them under the jacket he had over his arm and left the venue.

Kenneth Kimble, a spokesman for Emerald at Queensridge, said the venue is sending surveillance footage to police and to the Westmoreland family “so that justice can be served.” He said he does not believe the man is associated with the venue.

“I distributed the photo to our staff, and no one recognized him,” Kimble said.

Westmoreland said the man left in a white, two-door hatchback vehicle. She said the surveillance showed the incident occurred within the first hour of the wedding, right as the reception was starting, but that the family didn’t realize what happened until the end of the night.

“We opened the card box, and there were only like four cards inside,” Westmoreland said. “We knew people like my grandma would have definitely brought a card, and hers wasn’t in there. And once we started asking around, we realized something happened.”

She said the family reported it to police but “figured social media might work faster.”