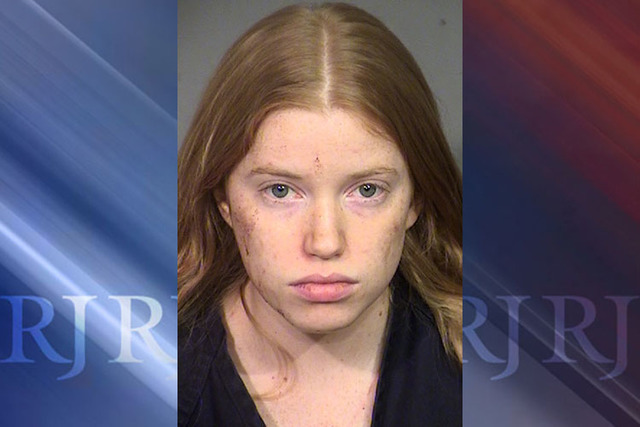 The woman arrested on DUI in connection with a fatal crash that killed a 29-year-old pedestrian last week is slated to appear in court Thursday.

When officers arrested Whitney Greco, 25, on June 28, she was sitting next to her damaged vehicle with blood on her face, hands and shirt, according to a police report.

Several people reported a crash about 11:16 p.m. involving a pedestrian near West Sunset Road and Quarterhorse Lane, just before the 215 Beltway. The Metropolitan Police Department received calls reporting a pedestrian struck by a vehicle that continued on Sunset and struck another vehicle, according to an arrest report.

The pedestrian, Idan Cohen, was pronounced dead at the scene.

According to the arrest report, the vehicle continued onto Roy Horn Way before turning south onto South Durango Drive from the 215, where the car came to a stop on the right shoulder just south of the beltway.

Several passing drivers saw the vehicle’s damage and the driver, and stopped to check on her, the report said.

One witness who checked on the driver noticed a gas smell coming from the vehicle and advised the woman, later identified as Greco, to get out of the car. The witness also smelled alcohol, the report said.

The driver then told witnesses her name was Whitney and said “she was going to be in so much trouble,” the report said.

The officer who responded also noticed a gasoline and alcohol smell. In the report, the officer noted the windshield had a large gaping hole “evident of a large and heavy impact.”

The officer added Greco was on the curb next to the car, “visibly shaken.”

After field sobriety tests and a breathalyzer test, the officer determined Greco had a blood alcohol content above the legal limit, the report said. Metro also obtained search warrants to draw two blood samples from Greco.

Greco was booked at the Clark County Detention Center on charges of DUI alcohol over legal limit resulting in death and duty to stop at an accident scene involving death, court documents show. As of Wednesday night, she was being held on $1 million bail.