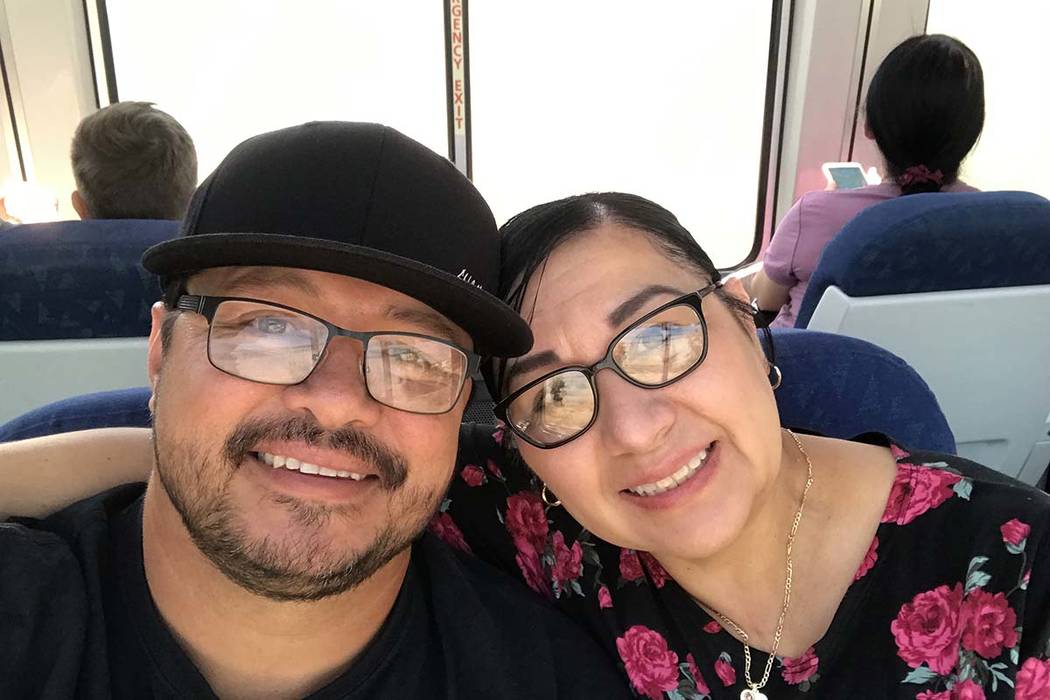 James Gates with his wife, Christina, in an undated photo. Christina Gates was killed Wednesday, Sept. 25, 2019, in a crash near Sahara Avenue and Jones Boulevard. (James Gates)

Las Vegas police suspect that the woman arrested after a crash last week that killed 56-year-old Christina Gates was under the influence of drugs.

Officers who arrived at the crash scene on Sept. 25 had to cut 33-year-old Eileen Gonzalez from her seat belt and give her two doses of Narcan, a nasal-spray version of the overdose-reversing drug naloxone, according to an arrest report released Wednesday.

Gonzalez was driving an Audi A3 when she crossed over a median and crashed head-on into Gates’ Hyundai Elantra near Sahara Avenue and Jones Boulevard, the Metropolitan Police Department has said.

Gates died at the scene. Her husband has told the Review-Journal that Gates was on her way home after dropping her daughter off at the dentist and stopping by her job in the emergency room of St. Rose Dominican Hospital, Siena Campus.

Gonzalez had three outstanding warrants for her arrest from citations for failure to maintain lane and speeding in 2017 and speeding 11 to 20 mph over the limit in 2016, court records show.

Gonzalez has been charged with DUI resulting in death. She originally faced an additional charge of driving with a revoked license due to a previous DUI, but that charge was declined by prosecutors, according to court records.

Also according to the police report:

She was arrested by Nevada Highway Patrol troopers in March 2016 on suspicion of driving under the influence of medications and was convicted in September 2016.

After the crash last week, Gonzalez was unable to go through field sobriety tests due to injuries. She declined to talk with police before she was arrested.

Gonzalez was released from custody after she posted bond on $100,000 bail on Sept. 26. As a condition of her bail, she is not allowed to drive and is under an alcohol monitoring program, court records show.

She was scheduled to appear in court Thursday morning.