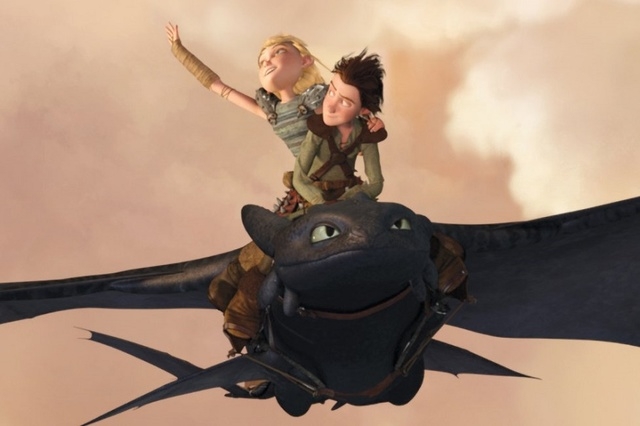 "How to Train Your Dragon" (Courtesy)

The noted author C.S. Lewis once said, “Friendship is unnecessary, like philosophy, like art. … It has no survival value; rather it is one of those things which give value to survival.” Truly, friendship makes life happier and more meaningful as Lewis wisely noted.

Why is this important? Because in February we celebrate “Make a Friend Day,” of course! Here are five movies about friendship that you should check out to celebrate.

In “The Wizard of Oz,” a young girl named Dorothy and her dog Toto are transported by a tornado to a mysterious land. On her route to see the Wizard, she meets some unusual characters, including a Scarecrow, a Cowardly Lion and a Tin Man. While “The Wizard of Oz” is best remembered for its (at the time) exceptional visual effects and catchy tunes, it can also be hailed as a memorable movie about friendship. Check out “The Wizard of Oz” and enjoy the unconventional friends’ journey.

Who says that friendships can only exist among humans? In “Marley & Me,” John and Jennifer Grogan form a terrific friendship with Marley, a dog that John calls “the worst dog in the world.” Despite his rambunctious nature that garners the ire of the entire Grogan family, Marley teaches the family about love and loyalty in a powerful way. “Marley & Me” is a great film about the strong friendship people can form with their pets. Tune into “Marley & Me” if you are a dog lover or have a special animal pal in your life.

In “Mystery Men,” three men, Mr. Furious, The Blue Raja and the Shoveler, are not your typical superheroes. Their “skills” are questionable and they get beat in every battle they have with bad guys. Still, the buddies refuse to give up their dreams of being like the renowned Captain Amazing. When Captain Amazing is kidnapped by the devious Casanova Frankenstein, the superhero pals must band together, with the help of a few other misfit heroes, to save the city. “Mystery Men” is a fun and funny film celebrating quirky friendships and should be a hit at your house. Grab some buddies and throw on “Mystery Men.”

In “The Sisterhood of the Traveling Pants,” four friends are facing a summer without each other for the first time. In an effort to stay connected to each other, the girls decide to pass along a pair of jeans that somehow fits them all perfectly. The film follows the pants as they are worn by each of the four girls who face their own unique challenges. “The Sisterhood of the Traveling Pants” is a great film to gather up your gal pals and watch.

Sometimes best of friends start out as rivals or even enemies. Such is the case in “How to Train Your Dragon.” In the film, Hiccup is a Viking whose father is the chief of their community. The whole community, including Hiccup, is in dire fear of the dragons that frequently plunder their lands. When Hiccup captures a dragon, he learns how to engage the beast and the two become friends. If you have a friend that you once had hostile feelings for, then “How to Train Your Dragon” might be right up your alley.What are your favorite movies about friendship?