All exhibits end. Some controversies linger.

That could be true of "Multiples: The Artwork of John Wayne Gacy," a display of the serial killer’s work that triggered a firestorm last May. Visitors can still see the exhibit at the Contemporary Arts Center Gallery at the front of the Arts Factory, 107 E. Charleston Blvd., from noon to 7 p.m. today through Sunday, when it ends with 2 p.m. lectures by an art expert and Gacy’s former attorney.

Gacy, convicted in 1980 and executed in 1994, murdered 33 teenagers, burying some of his victims under his home near Chicago.

When the exhibit debuted in May, one of the local organizers mistakenly thought that the advocacy group, the National Center for Victims of Crime, had agreed to accept proceeds from the sale of Gacy’s artwork, but the organization rebuked the plan, saying that taking the money would be in extremely poor taste.

Sunday’s lectures will address the controversy that provoked discussion nationwide about the ethics of displaying a killer’s art.

Speaking will be David Gussak, chairman of the art department of Florida State University, who will lecture and then open the discussion to the public about what to do with the artwork now that the exhibit is ending. Also taking the podium is former Judge Sam Amirante, the attorney who defended Gacy, and author of "Defending a Monster."

The exhibit and lecture are free. For more information, call 608-2461. 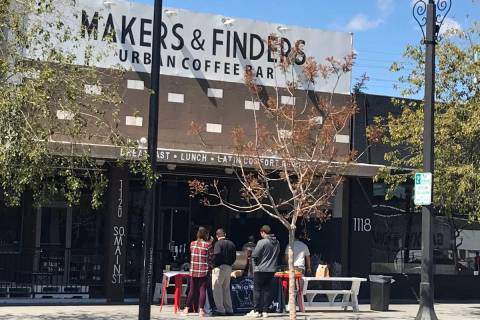 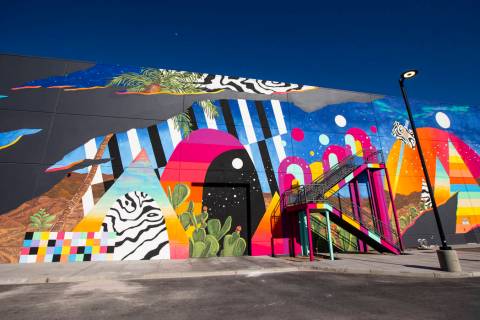 The mural, which Las Vegas artist Eric Vozzola free-handed in collaboration with Meow Wolf, will welcome visitors into the otherworldly experience that the art collective is planning to open later this year.