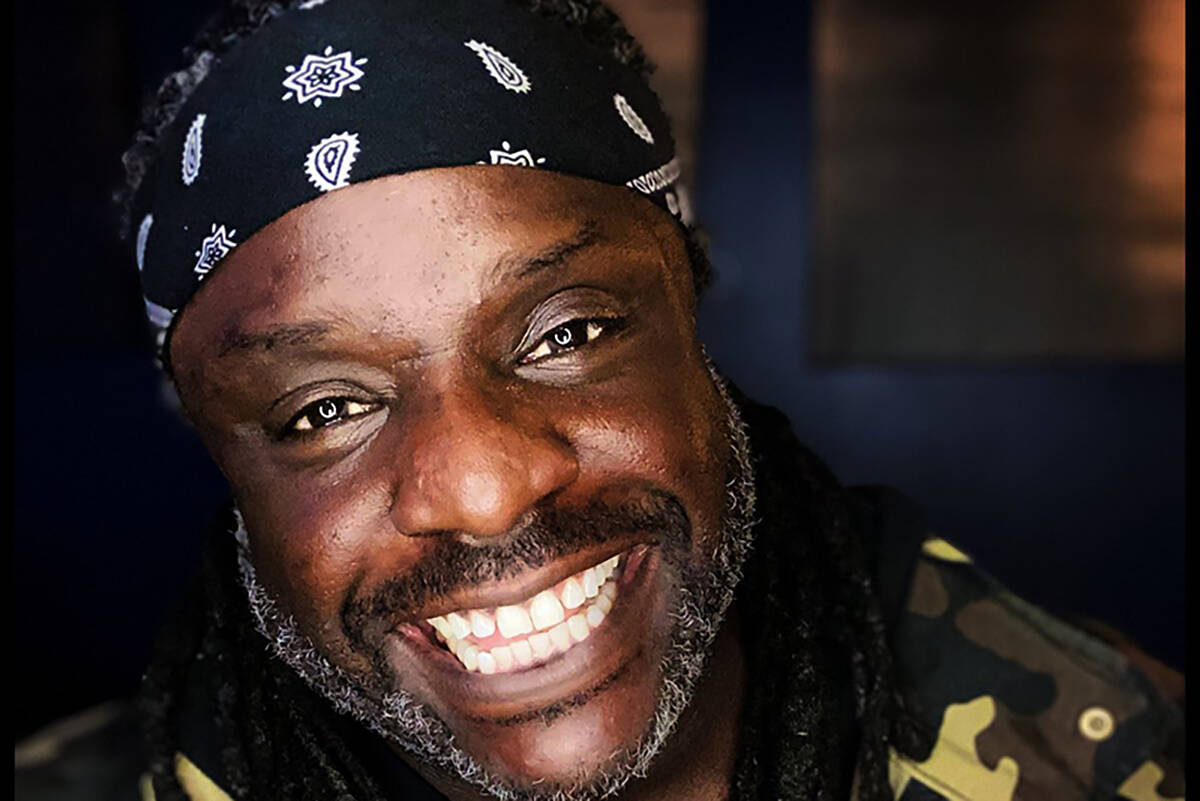 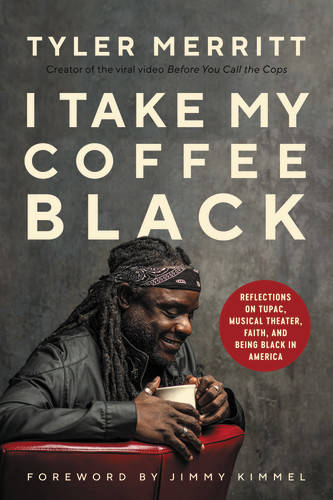 “I Take My Coffee Black: Reflections on Tupac, Musical Theater, Faith, and Being Black in America” by Tyler Merritt. (Worthy Books, a division of Hachette Book Group) 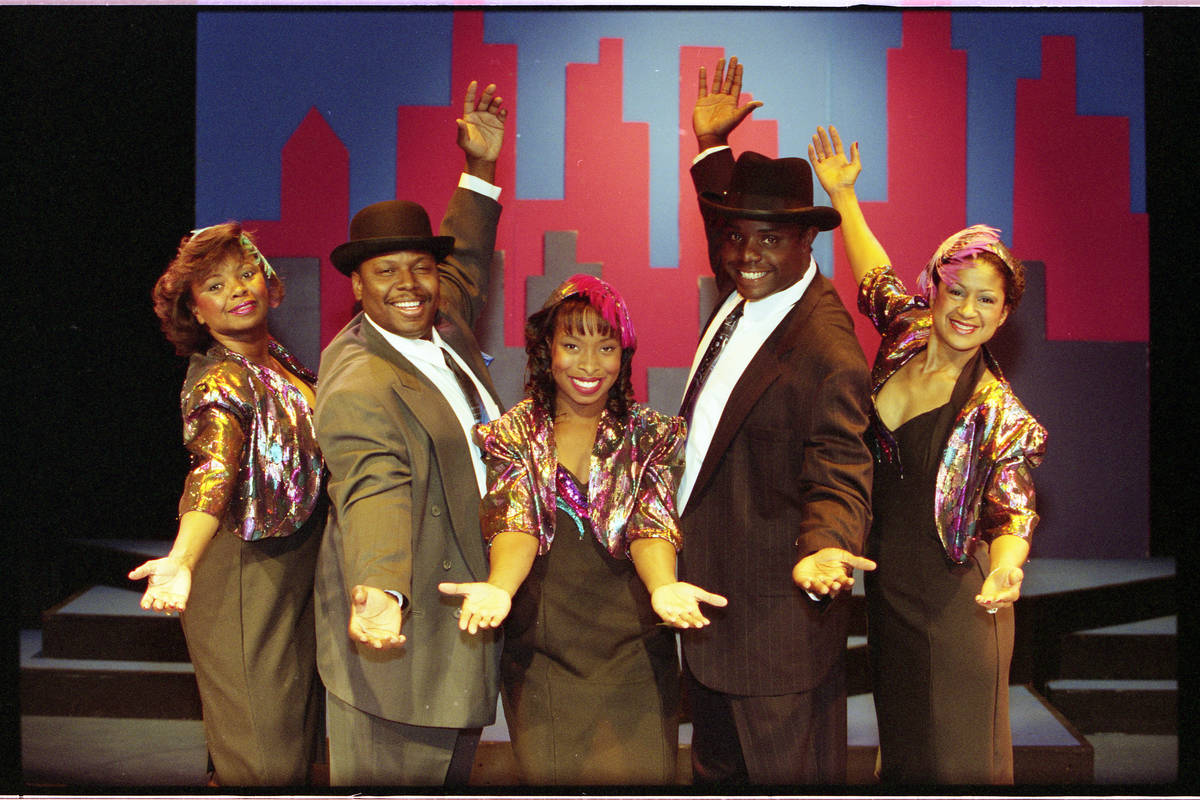 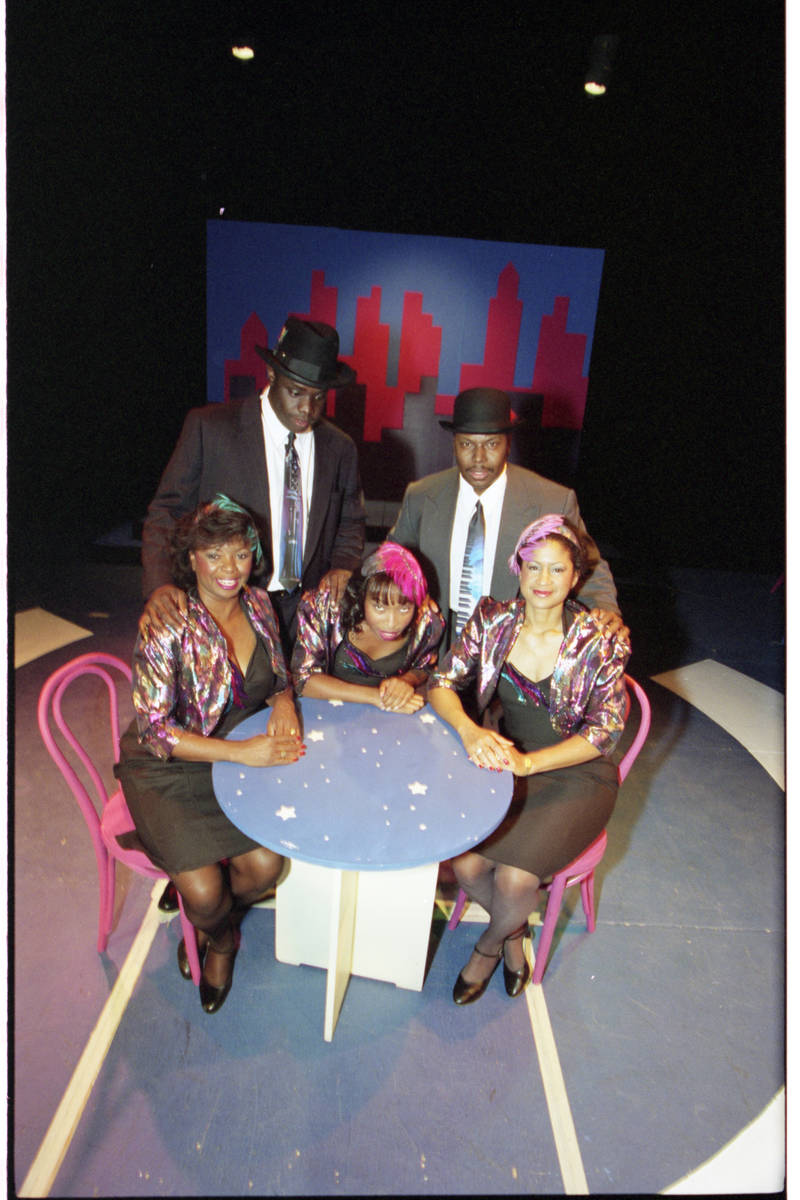 Grew up in Las Vegas. Loyal friend and fun companion. Concerned about lots of things but hopes for the best, even if people sometimes let him down and make him crazy. Open-minded enough to appreciate the gangsta sensibilities of both Tupac and Bon Jovi. Thinks bananas are disgusting and hates nothing except spiders (“mini-Satans — teeny-tiny little Lords of Darkness just crawling all over the Earth”).

But none of that would have mattered to the older woman in a pickup who Merritt once passed at an intersection while on a walk through his neighborhood.

Merritt is 6 feet, 2 inches tall, dreadlocked and African American. As he passed the woman, he heard her panicked voice and saw her grab her purse from the passenger seat, roll up the windows and quickly lock the doors.

Merritt found it infuriating. Laughable. Sad, even, that the woman’s prejudice and fear prevented her from seeing him as a person who, had she actually met him, she might have become friends with.

Prompted by the experience, Merritt in 2018 created a video, “Before You Call the Cops,” which went viral. Last year, the video — in which Merritt recites more than 30 facts about himself that he’d like the woman, and everybody else, to know before they call the police on him — again went viral in the wake of George Floyd’s murder.

Now the Las Vegas Academy grad has written a funny, candid, passionate autobiography of sorts about being an African American man in potentially dangerous times. He hopes “I Take My Coffee Black: Reflections on Tupac, Musical Theater, Faith, and Being Black in America” (Worthy Books, $26) will help promote empathy and, maybe, help some people find a few inches of common ground.

Merritt, whose parents still live in Las Vegas, will attend a reading and book signing Sept. 18 at the Writer’s Block, 519 S. Sixth St. The free event begins at 7 p.m.

The book, his first, is “a mixture of a lot of things,” he explains in a phone call from Nashville, Tennessee, where he now lives. “I just wanted people to walk alongside me as a Black man in a way that felt like normal.

“But this book isn’t just a book for non-Black people,” adds Merritt, who has spoken with Black readers who found his experiences different from theirs. “We’re not monolithic.

“This is me. I just happen to be a Black man, and some of this is my story.”

Merritt, 45, was born in a military hospital in Albuquerque, New Mexico. His mother and father, Jerrie Elaine and Milton Merritt, were from the poor rural town of Eutaw, Alabama, and his father joined the military to escape the poverty there.

In 1982, when Merritt was 5, the family moved to Las Vegas when his father was stationed at Nellis Air Force Base. While attending Manch Elementary School, Merritt had friends who spanned the breadth of ethnicity, culture and color.

“Growing up, Las Vegas was a place where our family lived in close proximity to folks of all sorts of different ethnic backgrounds,” he writes. “And our community determined (however imperfectly) that we were going to try to get along despite the fact that we looked different.”

Only on trips to visit relatives in more segregated areas of New York and Alabama did Merritt discover that Las Vegas “is not like the rest of the world.”

Then, he says, “as I got older, I got to know what (being Black) actually meant.”

After Manch, Merritt attended Bridger Middle School, in a neighborhood that was home of the Donna Street Crips, “the biggest gang at the time,” says Merritt, who recalls watching the brutal beating of an African American youth being initiated into a gang. Unlike his non-Black friends who also saw the beating, Merritt knew the same thing “was coming for me.”

But, he writes, “the threat of getting my ass beat on the daily by some dude wearing blue did not compare to the corporal fear I held thinking about my mama. My mother was not dealing with any of this gang nonsense.”

Also providing a measure of insulation was Merritt’s talent for rapping. He attended Rancho High School, where he was introduced to theater. He liked it so much that he transferred to Las Vegas Academy for his senior year.

Merritt graduated from Las Vegas Academy in 1994 and enrolled in a Christian college in California. He was pursuing a performing career when, in 2018, “Before You Call the Cops” went viral for the first time.

The video was fueled by the frustration and anger Merritt has felt, and still feels, when strangers reflexively treat him as a potential threat for no reason other than his skin color, and fear of the deadly consequences that can bring. More specifically, it was his response to that woman at the intersection — things he wished she could know about him.

In the video, after sharing simple facts about himself — that he can recite every word of both NWA’s “Straight Outta Compton” album and the musical “Oklahoma!”; that he’s never been in jail or owned a gun; that he hates that “anyone at all might possibly be afraid of me” — he offers a closing remark powerful in its simplicity: “Does any of this really matter? No. I just wanted you to get to know me better before you call the cops.”

“For me, (that) can be life or death,” Merritt explains, and having empathy toward others — knowing that, for instance, “I love my mother, too” — might prevent a potentially deadly interaction.

“When you have proximity, it births empathy,” he says. “The idea is, if you knew who I was, you wouldn’t call the cops, therefore you would not put my life in danger, because your calling the cops puts my life in way more danger than the fear you feel just because of my presence.”

Merritt wasn’t prepared for the response to the video — his publisher estimates that it has been seen by 59 million people around the world — and “I was ill-prepared for the trolls,” Merritt says.

But “I think people find a lot of themselves in that video,” he adds, even as they recognize that “you are different than me.”

In 2020 Merritt created another video, “The Playlist,” in which he comments on the eclectic roster of songs he listens to while taking a walk — selections range from Jay-Z and Eazy-E to Beyoncé and Taylor Swift — before taking a shocking, serious turn: A disembodied voice asks a now-frightened Merritt, “What’s your name, boy?” The screen goes black and then the words appear, “For all those who never made it home.”

Now, Merritt’s book expands on his videos and postings to The Tyler Merritt Project, his online social media home.

“Throughout the book, I tell you very serious stories, but I do a lot of humor,” Merritt says. “The book is funny, but it’s also not just kind of deep talk, but deep talk about some really personal things.”

During some of the book’s more serious turns, readers even may find “themselves going, ‘Wait, is this guy the antagonist or the protagonist in the story? I don’t even know if I like this guy.’ ”

But, Merritt says, “I knew that if I was going to connect with people, I had to keep it 100” percent honest.

“By the end of the book, you’ll find yourself going, ‘Man, I may not agree with everything Tyler is going through, but now I kind of understand a little bit.’ ”