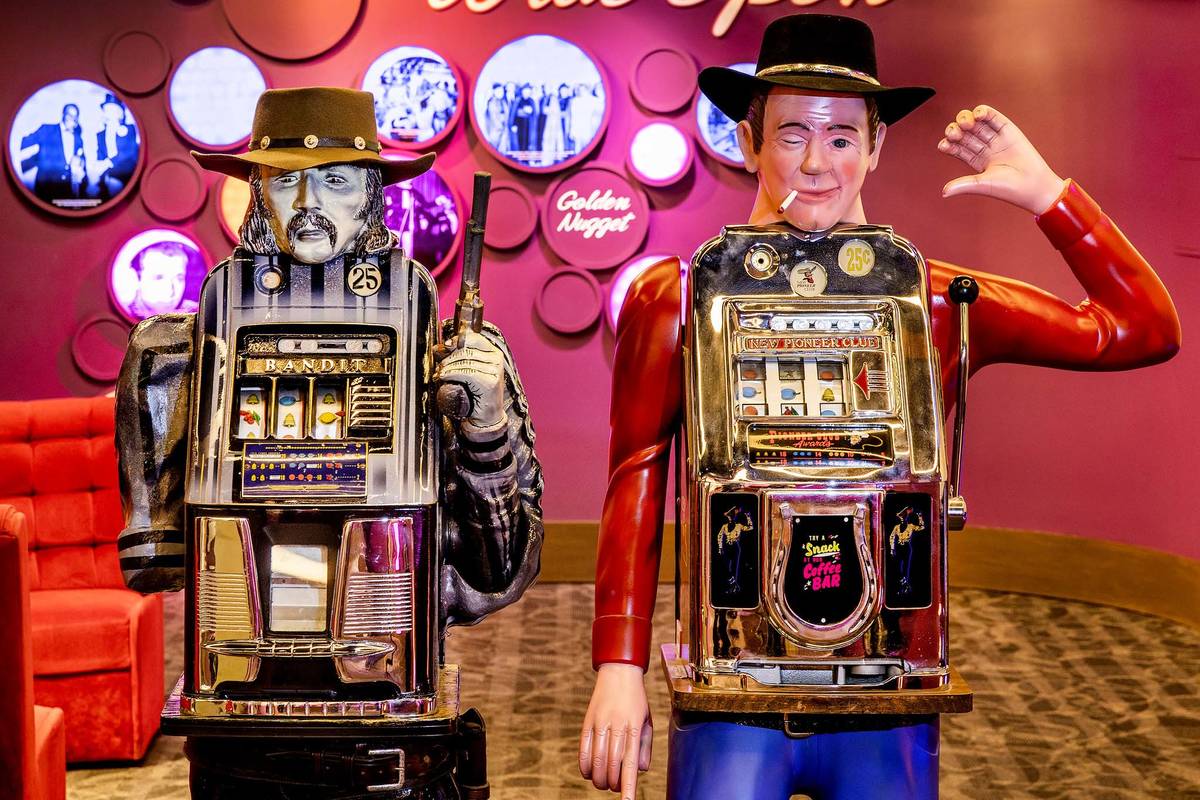 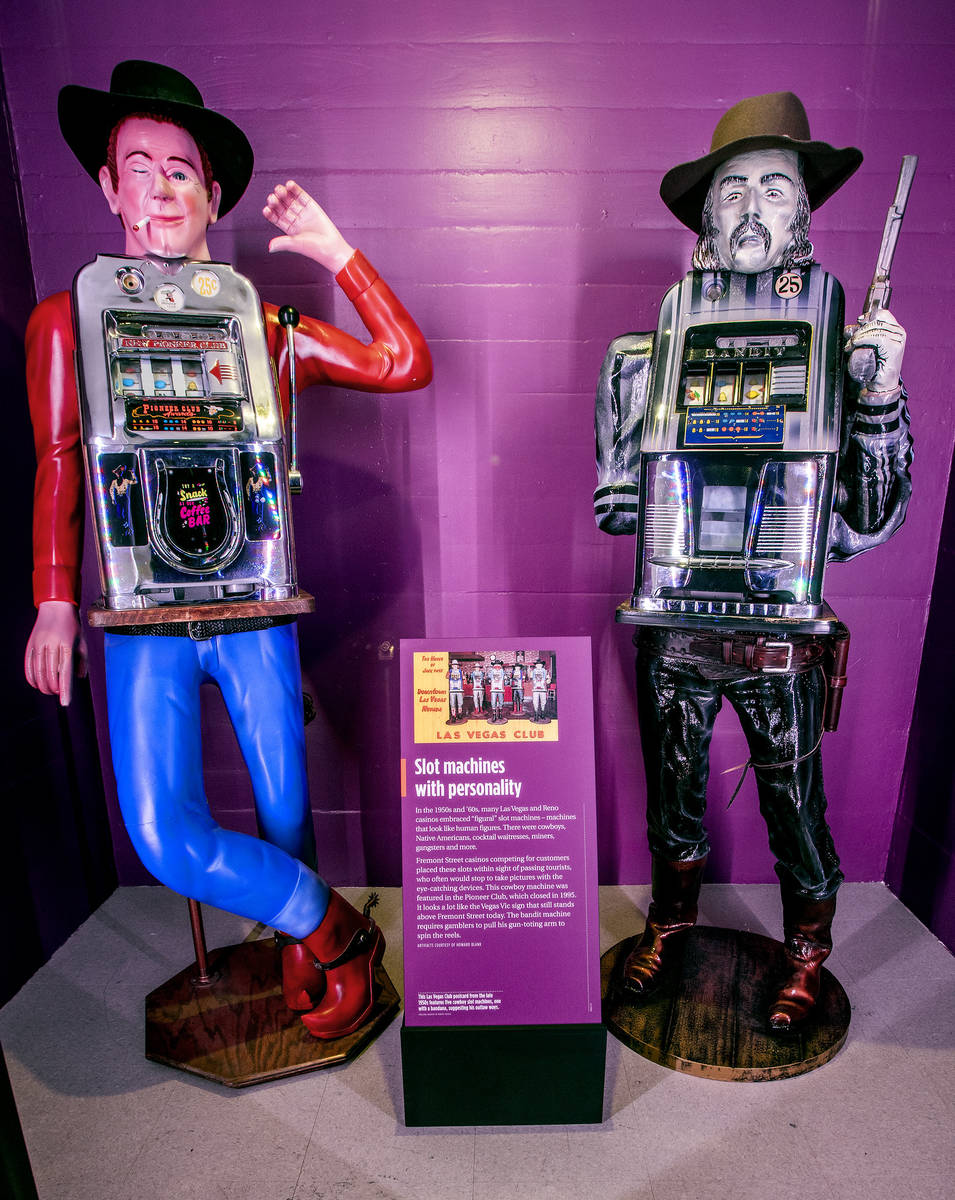 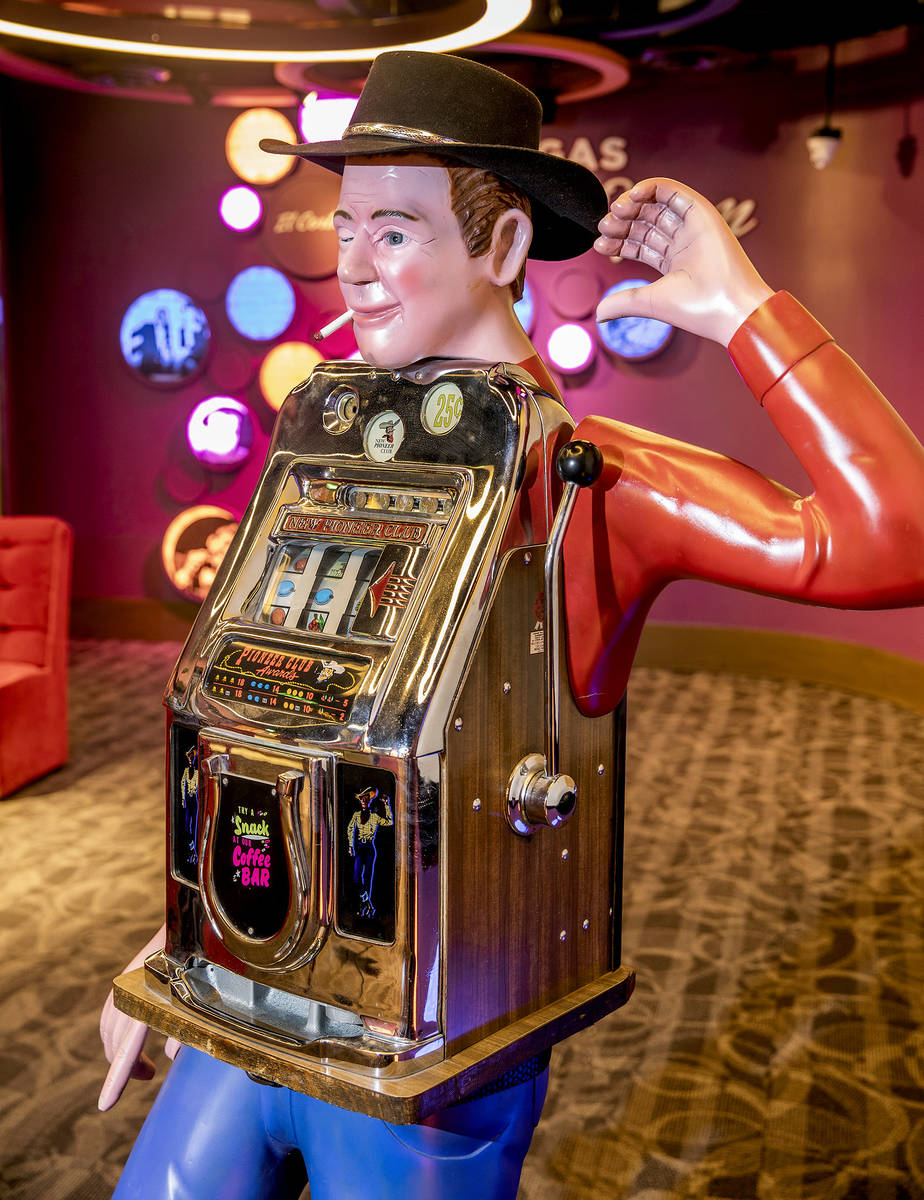 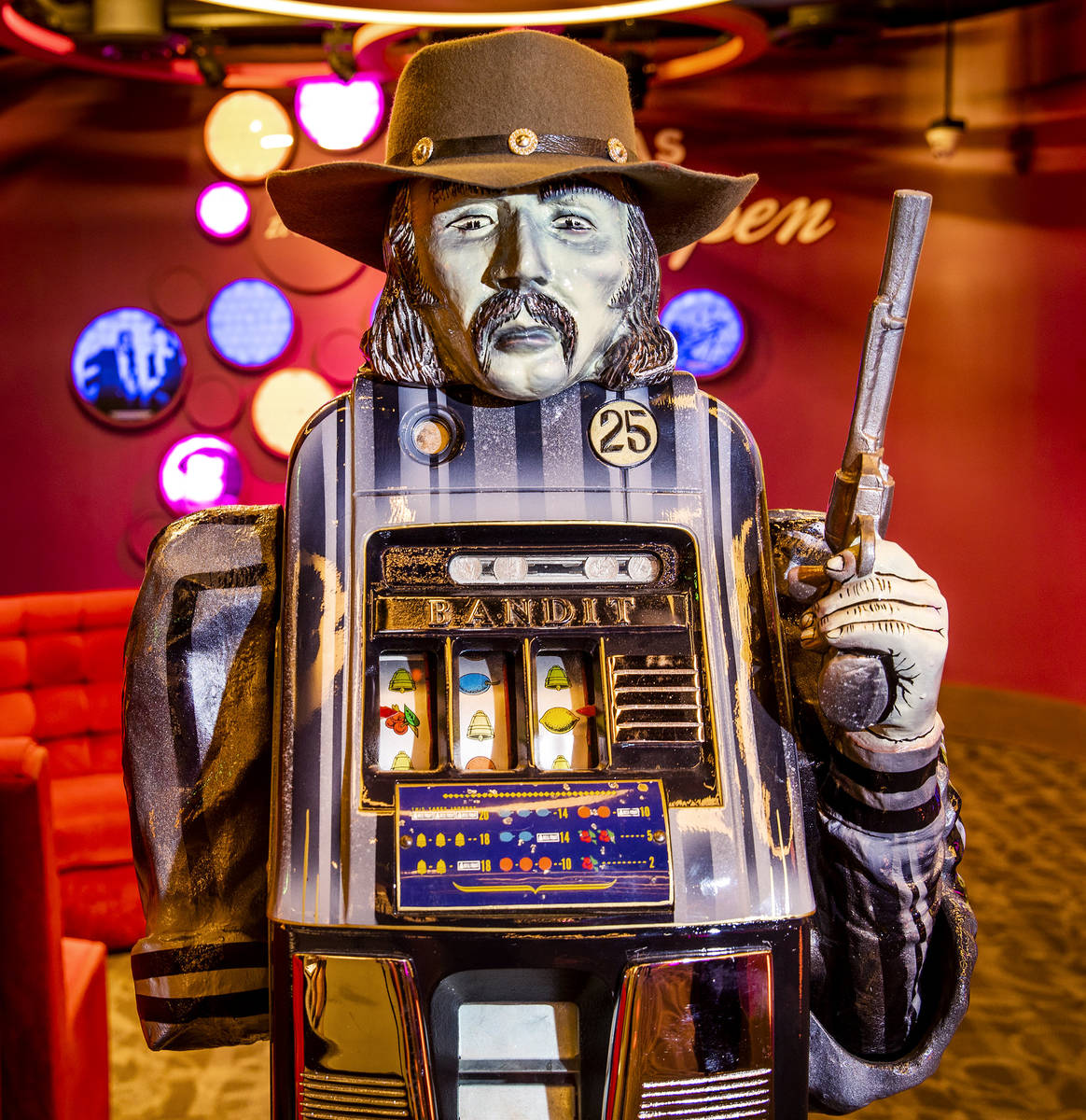 The Mob Museum is adding two vintage slot machines to its collection and has scheduled a two-part presentation about legal gambling in Nevada as part of its March programming.

The new slot machines, called figural slot machines, are designed to resemble human cowboys. Figural machines could be seen in Las Vegas and Reno casinos during the ’50s and ’60s, according to the museum, and other such machines bore the design of Native Americans, cocktail waitresses, miners, gangsters and other characters.

The machines will be on a permanent display in the Open City exhibition on the museum’s second floor starting March 1. They then can be seen during regular museum hours daily from 10 a.m. to 8 p.m.

The museum also has scheduled a two-part presentation, “Wide Open: 90 Years of Legal Gambling in Nevada” in connection with the state gaming industry’s 90th anniversary in March.

“Part One: Becoming America’s Playground, 1931-1960” will be March 11, and will feature UNLV associate history professor Michael Green and Geoff Schumacher, the museum’s vice president of exhibits and programs, exploring the rise of Nevada gaming from legalization in 1931 through the Mob-controlled ’50s.

“Part Two: Becoming a Global Destination, 1961-2021” is schedule for March 25. It will feature gaming expert David G. Schwartz, professor and associate vice provost for faculty affairs at UNLV, and Alan Feldman, distinguished fellow in responsible gaming for UNLV’s International Gaming Institute, examining the evolution of Nevada gaming from the themed resorts of the ’60s through the ’90s megaresort era.

Both sessions will be from 7 to 8:30 p.m. inside the Historic Courtroom on the museum’s second floor. They also will be livestreamed for free, and reservations are required to attend.

For more information or to register, visit https://themobmuseum.org/events.