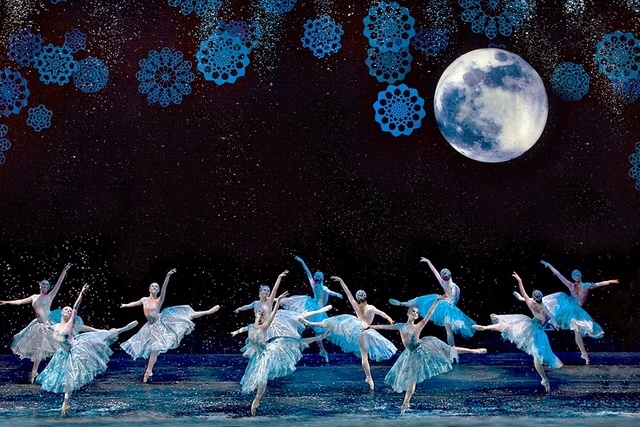 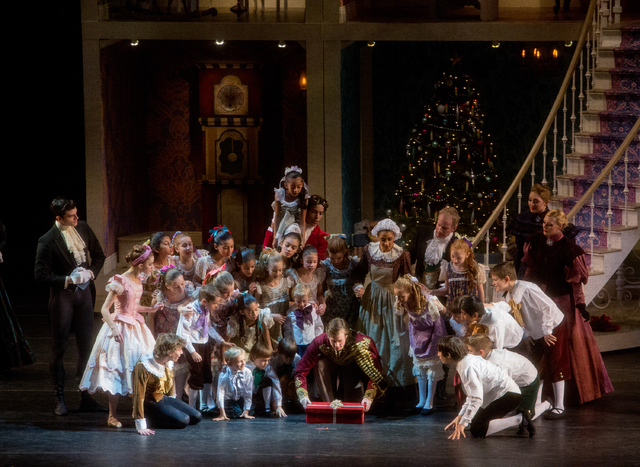 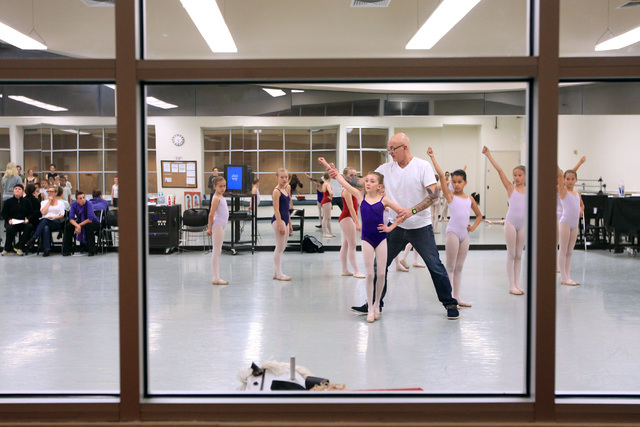 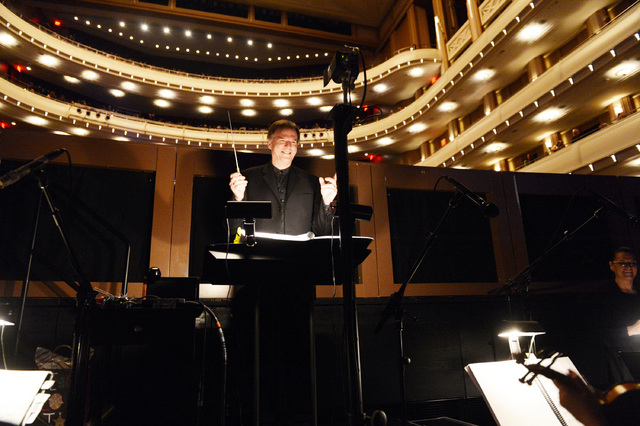 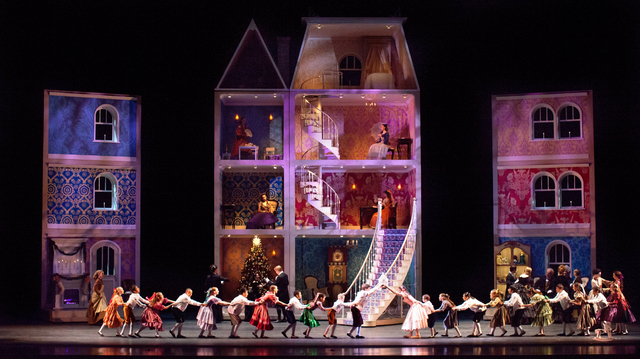 Nevada Ballet Theatre's "The Nutcracker," which returns to The Smith Center Saturday for an eight-performance run. Courtesy photo.

Even Tchaikovsky would give this one a “whoop-whoop!”

After acclimating itself to its new Reynolds Hall digs at The Smith Center in 2012, then oiling the gears a bit in 2013, Nevada Ballet Theatre has made the third time a charmer for its annual Yuletide production of “The Nutcracker.”

Bolstered by live music via a 39-member breakout unit of the Las Vegas Philharmonic, this year’s version, which opened Saturday for an eight-performance run through this weekend, is a cannonade of stimuli, visually arresting at nearly every juncture. Yet for all the waves of imagination and set pieces that roll off the stage (most, admittedly, refinements and riffs on ideas from previous incarnations), the production retained a light and airy — and therefore all the more festive — spirit.

Setting that tone immediately — after a video scroll, written in silent movie-style font, details the action for the first and all subsequent acts — is the teeming Victorian party scene. Here, our heroine, young Clara (luminous Betsy Lucas) is gifted with the nutcracker toy by her godfather, the inventor Drosselmeyer (NBT artistic director/show choreographer James Canfield, his regal bearing finding that line between haughty and avuncular). Anchoring the set is the four-story, 40-foot-high, intricately decorated doll house, and though it’s imposing, the soft amber lighting that suffuses it and washes over the stage also creates an intimacy that immediately invites us in.

Scores of giddy children run rambunctiously through this scene, and while their dance steps are more like mere skipping, the choreography imparts their happy unruliness while never making them seem less than a fluid unit. Funny, awww-inspiring moments come courtesy of the dancing dolls, performing balletic slapstick: Kyle Weight and Emma McGirr as, the harlequin and columbine dolls, respectively; and Ivan Ferguson as the dancing bear, his acrobatic leaps impressive inside that furry, bulky — and probably sweaty — costume.

Falling in love with Clara is almost instantaneous for the audience the moment Lucas joyously hugs the toy nutcracker that will soon transform into her dreamland prince (compactly built Braeden Barnes). Childlike wonder informs Lucas’ dancing that never slips out of that freeing sense of unguarded innocence that we all eventually lose to life’s grown-up trials. As the ballet takes off on its classic adventure, Barnes dances with a princely grace that turns swaggering and rakish — including some nearly comic, hand-on-hip-sword-in-the-air posing — once he must defend himself and Clara against the Rat Queen (Christina Ghiardi) and her creepy minions, done up in black tatters and rodent-eared headgear.

Particularly striking is first-act closer “Waltz of the Snowflakes,” with a deep, dark-blue backdrop making the falling snowstorm really pop. Stars are rendered as big flakes and a full moon is suspended, stage-left, to lend ambience to a competent (if routine) snow maidens ensemble dance. Standout footwork, however, shines through between Alissa Dale’s winter fairy and Steven Goforth’s snow prince. Utterly synchronized, the duo shadow, circle and mirror each other’s leaps and movements before intertwining, with Goforth impressing with several airborne leg-crossings (aka “batterie”).

On the other side of the intermission, we’re ushered into the land of sweets and its towering trees made of thick, interwoven rope. Winged sprites — the spring, summer and autumn fairies and, of course, the Sugar Plum fairy (lithe Krista Baker) — sprint across the stage in choreography that’s a frolic, keeping the tone light and unspoiled by grand, distracting movements. Among ethnic dances from Spain, China and Russia, the highlight is an Arabian piece performed by Mary LaCroix and Barrington Lohr, the latter dazzlingly decked out as a peacock in vibrant colors, his feathers fanning out magnificently in a sensual display.

Turning the stage into a literal rainbow coalition, the broadly funny gestures of Mother Ginger (Goforth again, switching sides, if you will) are enhanced by a swelling, elaborate skirt made up of huge flower bouquets that suddenly bulge outward, freed by scampering children, who wield them as individual parasols in bold bursts of green, yellow, blue, red and aquamarine.

And in their climactic grand pas de deux, Lucas and Barnes consummate their dream-weaver adventure with chaste but palpable physical chemistry.

Once Clara’s nocturnal dreamscape prepares to give way to daybreak, NBT stages a finale that is, let’s say, a genuine flight of fancy, reflecting a love that is destined never to see daylight, and therefore never to be blemished.

Amid the squeals of children (and a few adults) in the audience when silver streamers flutter down throughout the theater at the curtain, you might detect a 19th-century echo with a peculiar sound: a Russian-accented “whoop-whoop!”