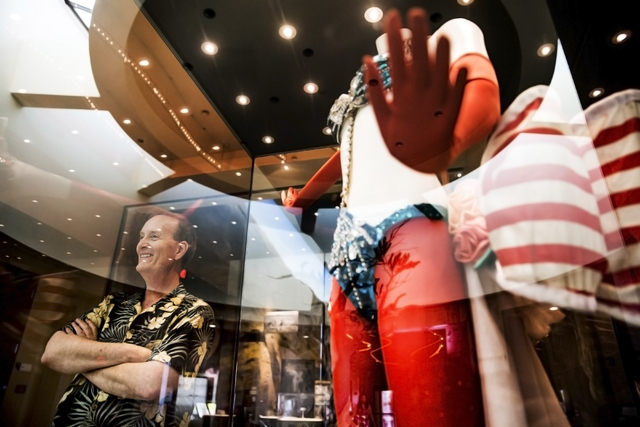 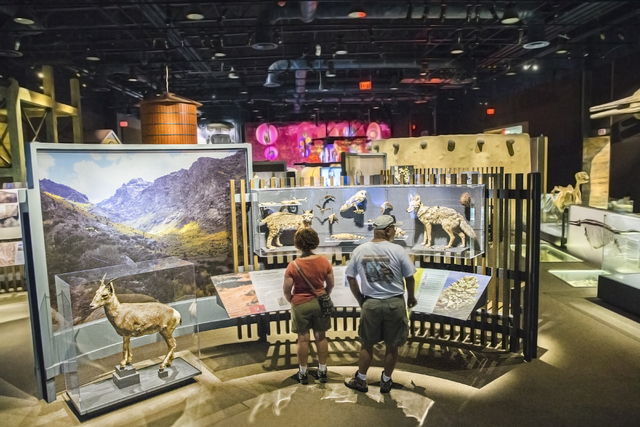 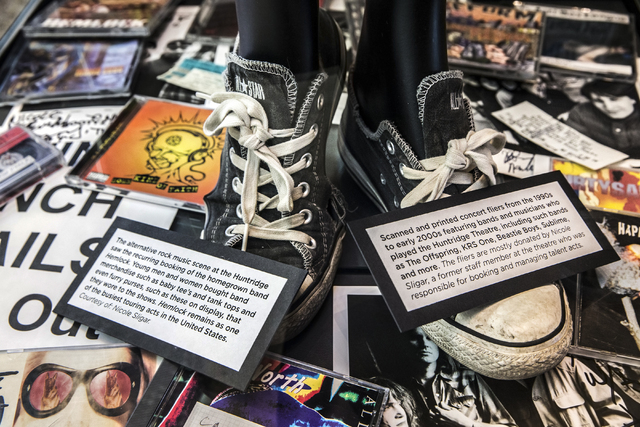 CDs, flyers and album art from the 1990s and early 2000s recall the venerable Huntridge Theatre's life as a concert venue in an exhibit at the Nevada State Museum, Las Vegas. (Benjamin Hager/Las Vegas Review-Journal) 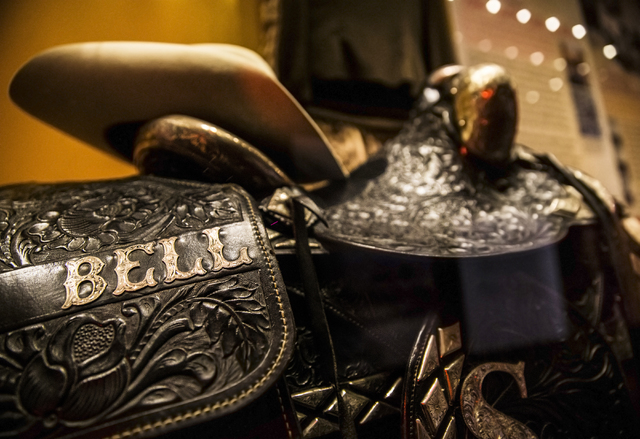 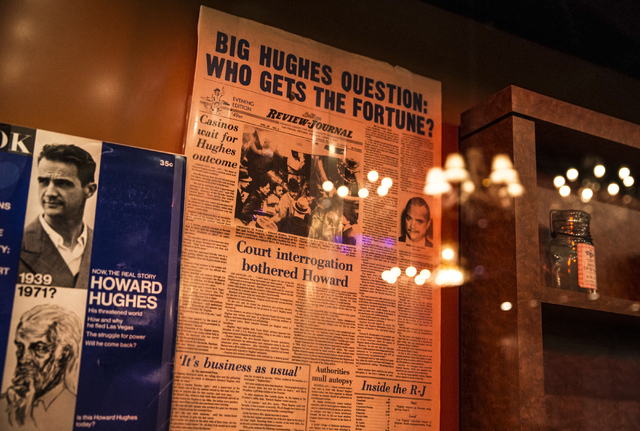 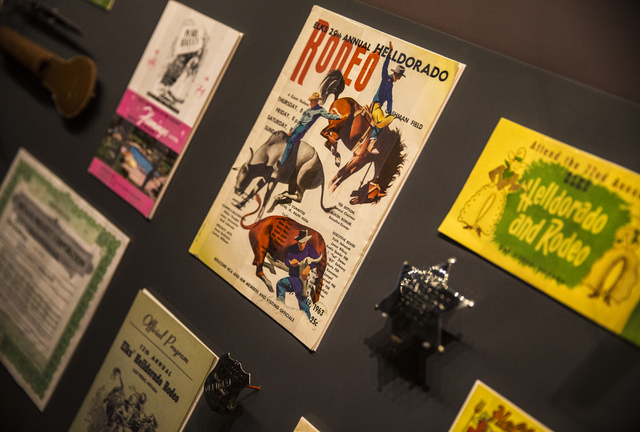 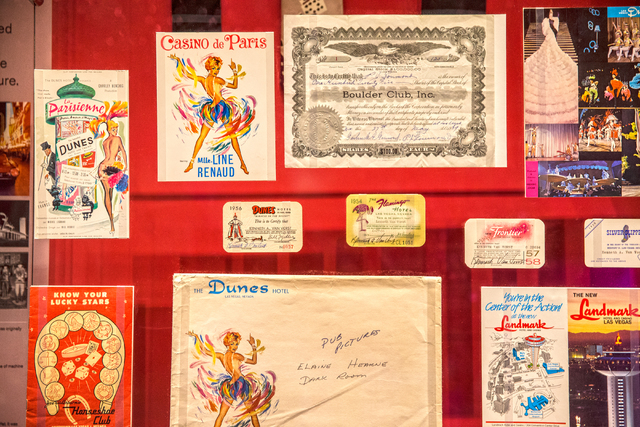 Programs, letterheads and showbills from the Dunes and other 1950s casinos live on at the Nevada State Museum, Las Vegas. (Benjamin Hager/Las Vegas Review-Journal) 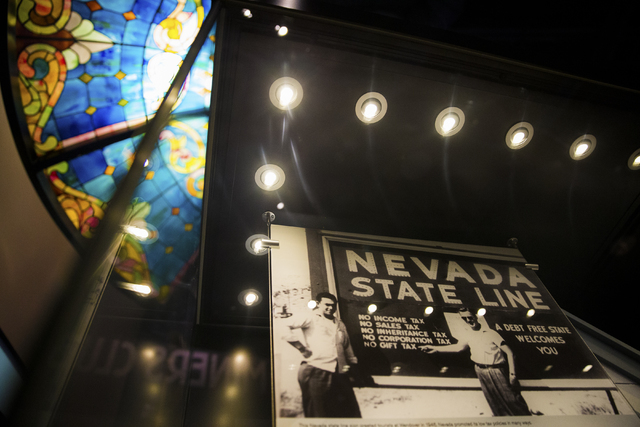 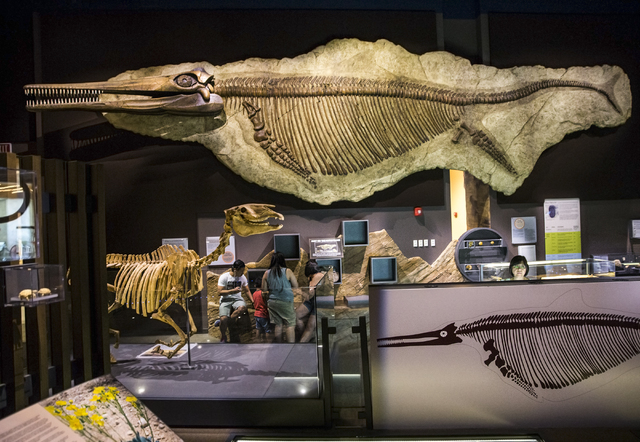 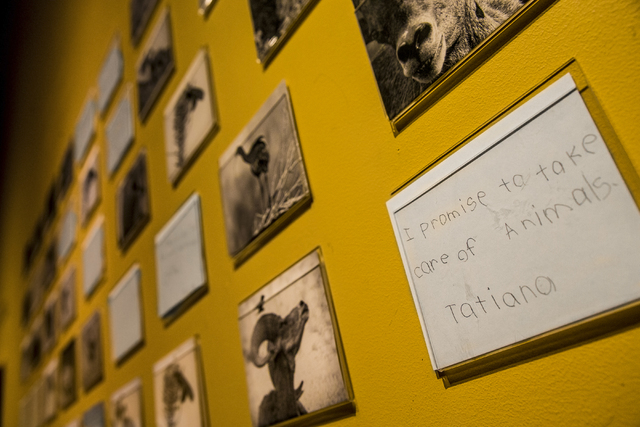 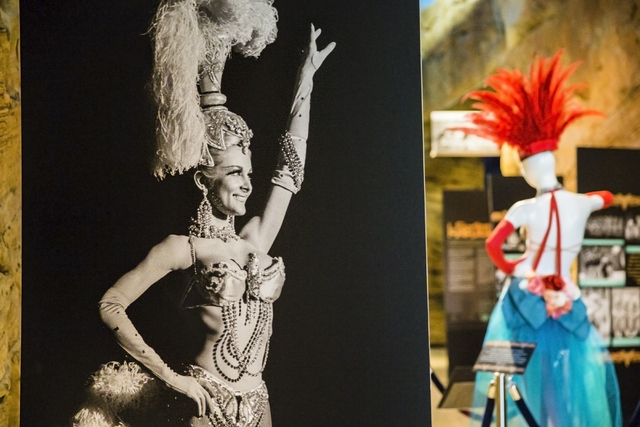 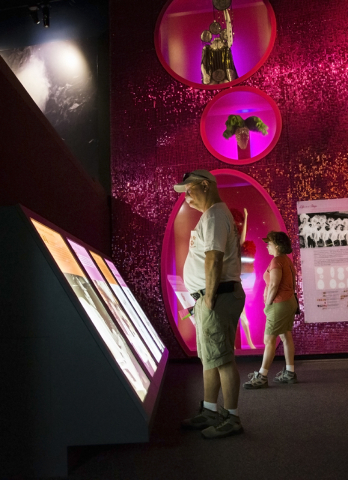 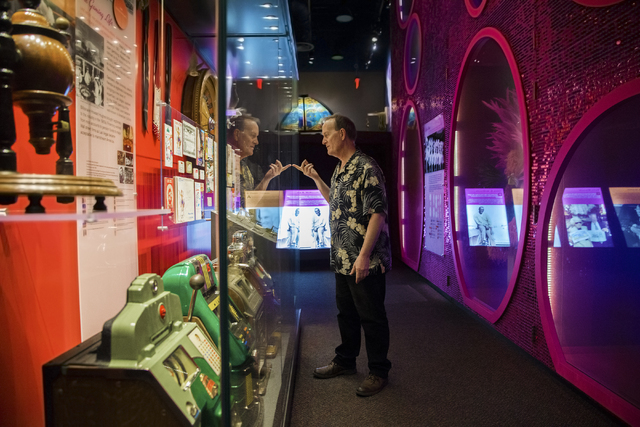 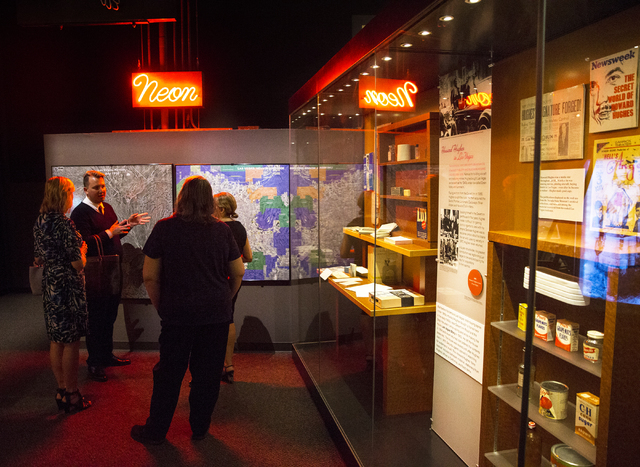 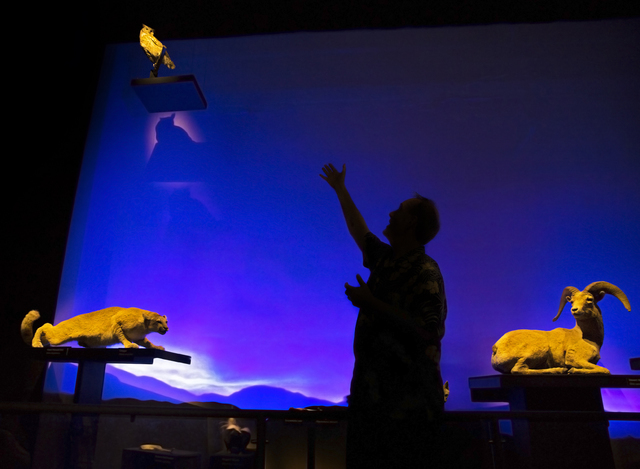 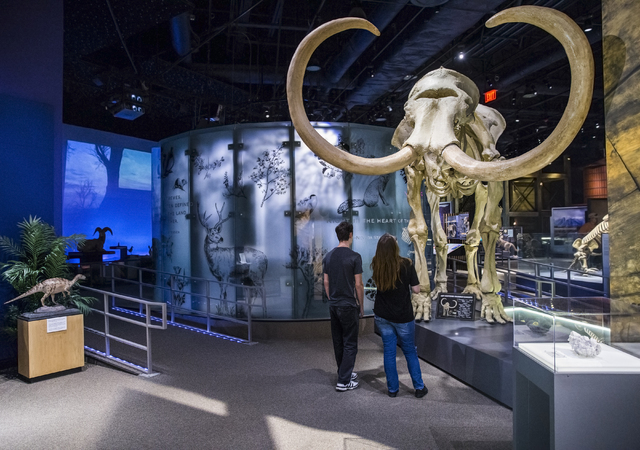 A pedestrian walks near handicapped parking spaces outside Nevada State Museum at Springs Preserve Thursday, June 26, 2014, in Las Vegas. Museum officials have agreed to make necessary changes inside the museum that would allow it to be more accessible to the visually and hearing challenged. (Ronda Churchill/Las Vegas Review-Journal)

The Nevada State Museum, Las Vegas, boasts such a treasure trove of Western memorabilia that True West magazine just named it one of its top 10 Western museums for 2016. (You can read all about the accolade in True West’s September issue, coming soon to a newsstand near you.)

But the museum’s not all cowboys and Indians. Not by a long shot.

Oh, there are plenty of reminders of Nevada’s wild West past, from a Columbian mammoth — the skeleton, anyway — to relics of the Comstock Lode’s mining bonanza.

But what other Western museum showcases multiple spangled showgirl costumes alongside the bell of the USS Nevada, the only battleship to get underway during the 1941 Pearl Harbor attack that launched the U.S. entry into World War II?

The Nevada State Museum’s Las Vegas branch’s offerings may be eclectic, but no more so than Nevada itself.

Displays focusing on the Tropicana’s long-running, long-gone “Les Folies Bergere” and the Huntridge Theatre’s metamorphosis from movie house to rock concert venue — to cite two current exhibits — are “certainly as valid as any other Western history,” says museum director Dennis McBride, who adds that Nevada happens to have “the most diverse history” in the West.

Most Western states have one or two claims to fame — ranching, for example, or mining.

Nevada has both of those and more, McBride points out, citing gaming, entertainment and organized crime as other intriguing Silver State history threads.

As a result, “in the last few years, there’s been tremendous interest outside Nevada in Nevada history,” he notes.

That includes interest from True West’s judging panel, which found a “modern, interactive museum that integrates the story of the environment, American Indian culture, mining, railroads, ranching, homesteaders, wildlife and the growth of Nevada in the 20th century,” according to True West senior editor Stuart Rosebrook.

The True West award marks the museum’s second milestone this summer; the first came in early July, when its schedule expanded to six days a week. (It’s closed Mondays.)

The expanded schedule marks another sign of progress for an institution that almost became a historic relic itself.

The current Springs Preserve location opened in late 2011 — two years later than “when we were targeted to open,” McBride notes, and just after the worst economic downturn since the Depression hit Nevada particularly hard.

At the time, then-Gov. Jim Gibbons had “apocalyptic plans to shut down all the museums in the whole system,” McBride recalls. (Three of seven state museums are in Southern Nevada; the others are Boulder City’s Nevada State Railroad Museum and Overton’s Lost City Museum.)

“The building was here and finished, but the exhibits were not,” according to McBride. “The talk was going on about shutting down the museums — we didn’t know whether we would be able to move into the building at all.”

Initially, the new museum — which replaced the museum’s previous Lorenzi Park home — was expected to employ 25 to 30 staff members.

Instead, “as the economy crashed,” full-time staffers were made part-time employees, job openings went unfilled and layoffs occurred, McBride says. By 2011, however, state officials “found the money” to open the new museum “and we had from June to October” to move to the Springs Preserve location.

“It was a hair-raising and awful time,” he reflects, “but we got through it.”

In the museum’s 11,000-square-foot permanent gallery, visitors can survey a dusk-to-dawn array of desert critters, from foxes to owls to tortoises.

“People think of the desert as just being so dead, but it’s alive,” McBride says, describing the exhibit as “a celebration of Las Vegas in the Great Basin.”

Turning to Nevada’s mining claims, there’s a mini-cave, complete with stalagmites and stalactites, and an example of square-set mine timbering, which made deep hard-rock mining — and the Comstock Lode’s riches — possible. (A nearby display reflects a sad irony: mining engineer Philipp Deidesheimer, who invented the square-set timbering system but failed to patent it, died penniless.)

From the Chinese who worked — and died — building the state’s railroads to memories of the Moulin Rouge, Las Vegas’ first integrated casino, the museum explores Nevada’s ethnic diversity.

Other exhibits focus on famous faces who made their mark in — and on — Nevada, from legendary writer Mark Twain to billionaire industrialist Howard Hughes, whose Las Vegas real estate acquisitions stretched from the Strip to what’s now known as Summerlin.

What museum visitors see is only part of the museum’s mission, however; its collections include photographs, manuscripts, showgirl costumes, gaming machine prototypes and other pieces of Nevada’s past.

After visiting the museum, Southern California visitor Delma Goshorn ponders the range of exhibits, from dinosaurs to showgirls.

“I love the museum,” she says, noting its focus on “everything of the history of Nevada — and how much life it has.”