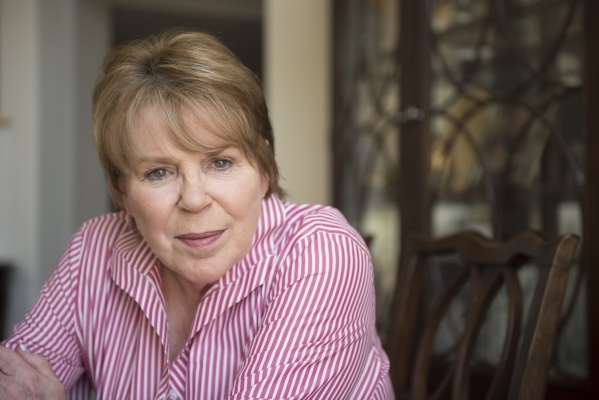 Robyn Carr is a best-selling romance novelist, but don’t think of her books as romances. Think of them as stories about people who just happen to, after a few unexpected and often nasty twists and turns, live happily ever after. Mostly.

Carr brings to her work stylish writing, interesting characters facing real-life problems and plotting that meets the dynamic readers love while still being twisty enough to hold their attention book after book after book.

Carr and her husband, Jim, are Henderson residents with, she says, no plans to leave. Carr is an advocate of libraries — for several years, she hosted a series of author chats on behalf of Henderson Libraries — and is one of the wittiest and least-tortured writers you’ll ever meet.

Carr’s latest novel, “Wildest Dreams” (Mira Books, $8.99) hit bookshelves a few weeks ago, and her first hardcover original is scheduled to be released in April.

Carr: I’ve been doing three books a year, approximately, and for the longest time, at least the last seven or eight years straight, and I think I might be slowing down a little bit (laughs). I don’t know. We’ll see. I don’t want to work this hard forever. I don’t think I do, anyway.

Review-Journal: How long have you been writing?

Review-Journal: Have romance novels changed over the years?

Carr: They’ve changed a lot over time. There’s the rise of feminism, for one thing. The early ones reinforced old, traditional roles and not feminist roles. Those earlier heroines weren’t admired for their strength. They weren’t strong; they weren’t independent. They were all sitting around waiting for men to tell us what we wanted. And, we weren’t allowed to have sex.

Review-Journal: Have you read “50 Shades of Grey”?

Carr: I read all three. Then I hit myself in the head and said, “You really read all three of those books?” (laughs). They’re ghastly. I mean, there was something about them that really is worth a study. They’re sometimes badly written and they’re kind of silly, and there’s all kinds of things you never find out, like how this guy got his billions of dollars. At the same time, I really felt compelled to find out what happened.

Carr: People have asked me many times, “What’s your advice for a new writer?” You always need to write the book you want to read. You stand a better chance of creating a trend than catching one. So I would have to love it. And people have asked me, ‘What’s one thing you wish you had done differently when you were starting out?” I wish I had followed my instincts earlier. As a young writer, I was casting about, looking for whatever was selling, and I would then write that.

Review-Journal: You ended your popular Virgin River series after 20 books. Do readers ever ask you about what happens to the characters afterward?

Carr: (Laughs) I wrote a historical romance called “The Everlasting Covenant,” and somebody wrote to me and said, ‘I want to know what happened to Anne and Dylan.’ I wrote back and said, “It took place in the Wars of the Roses. Really, they’re dead.”