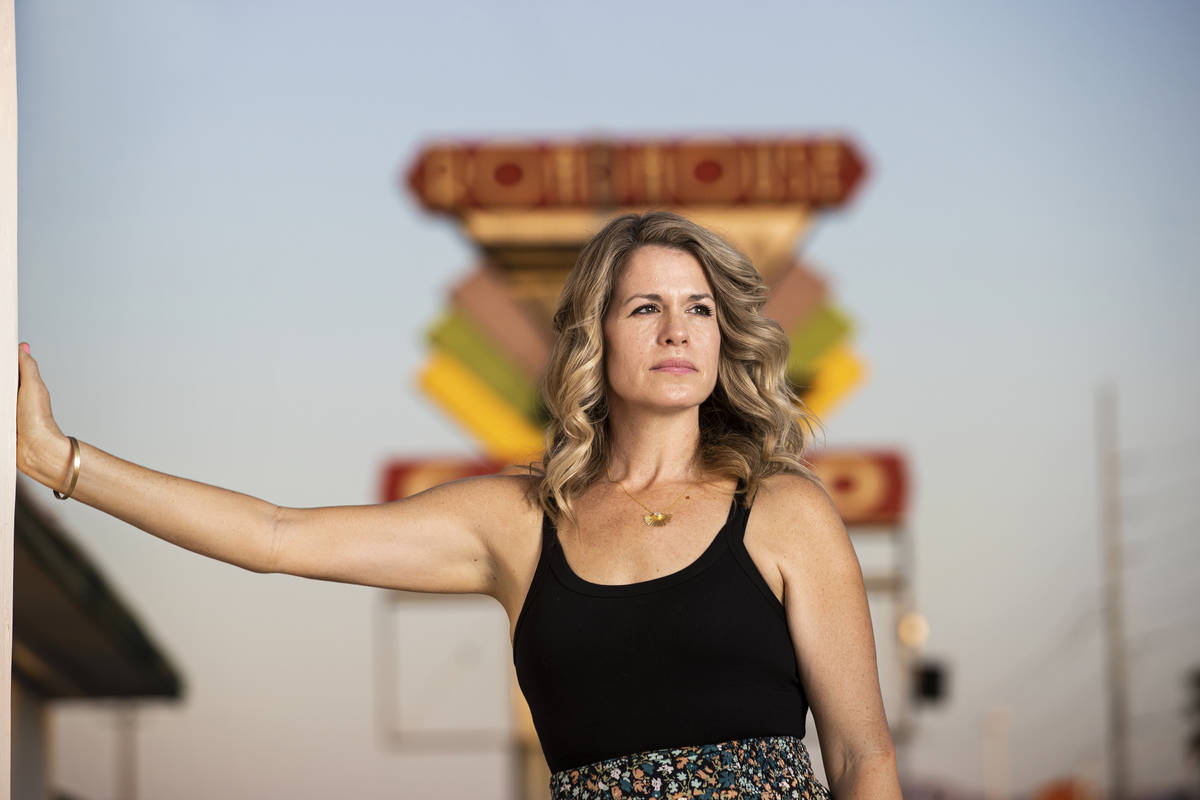 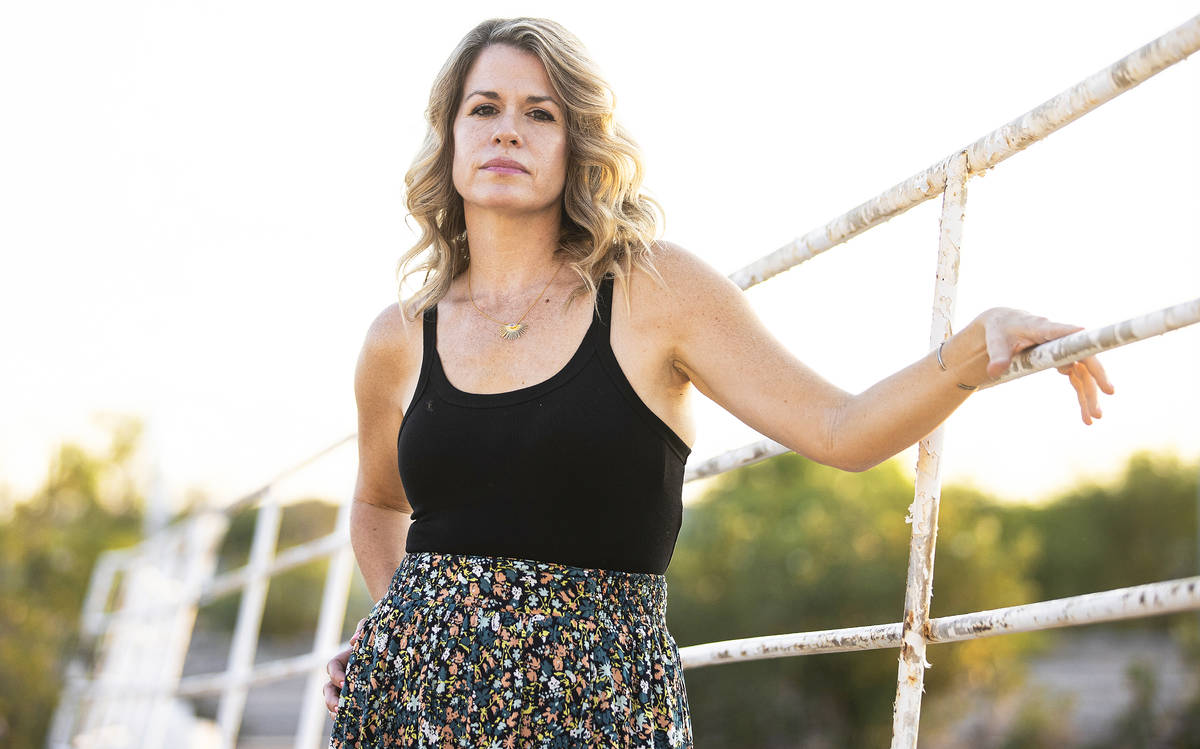 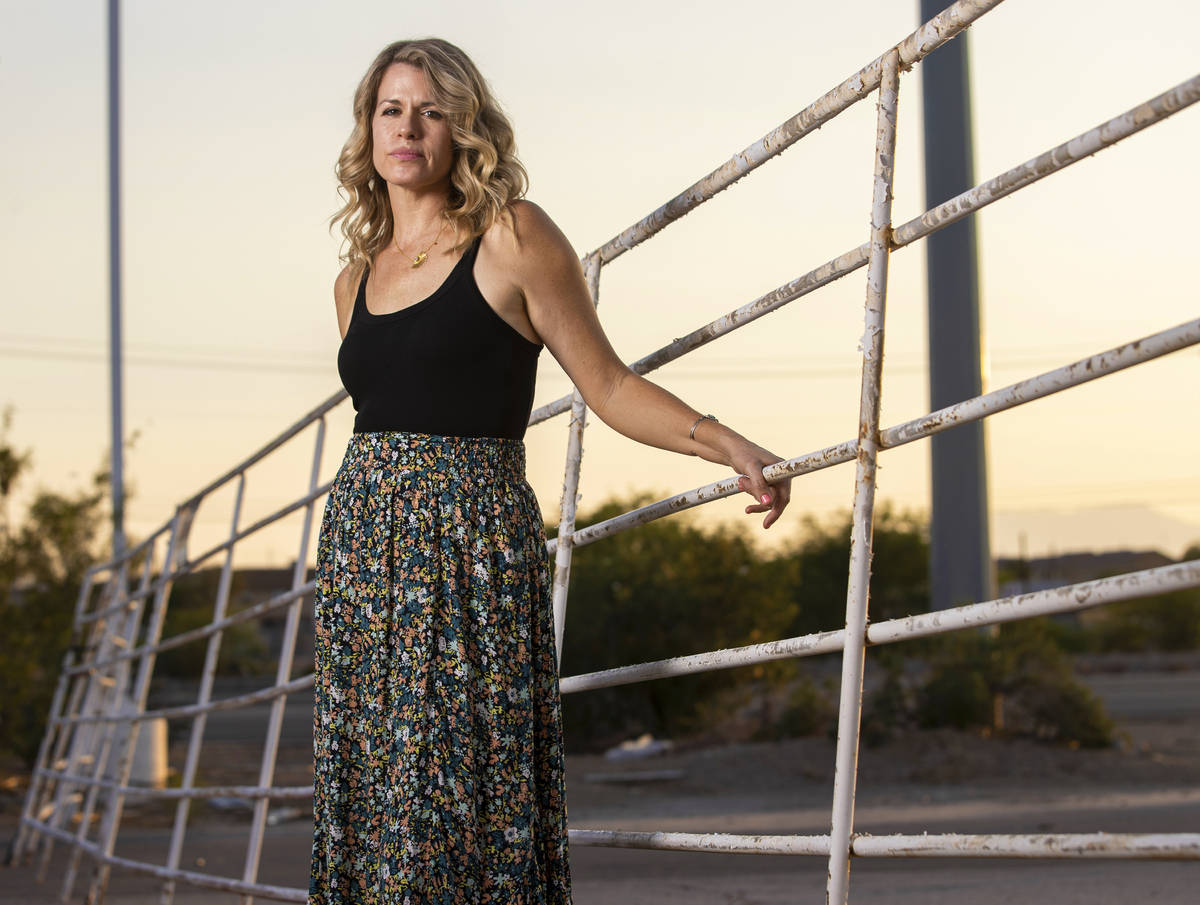 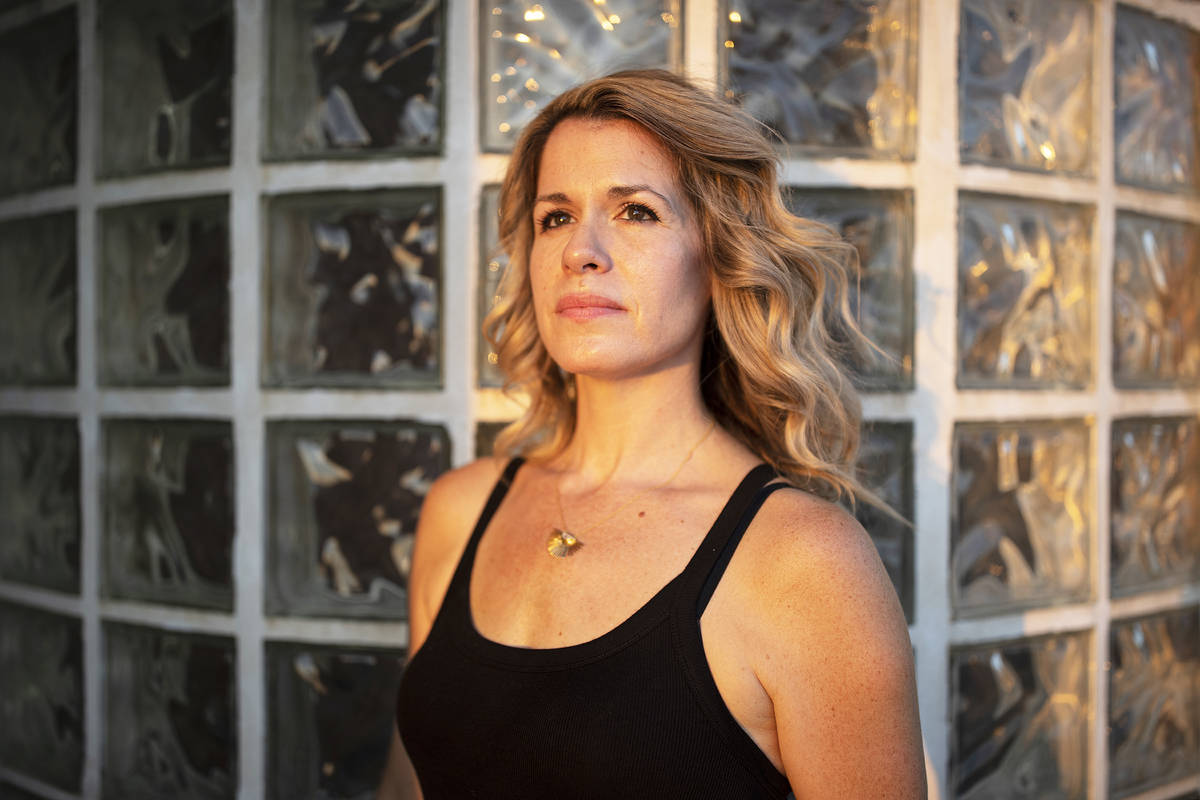 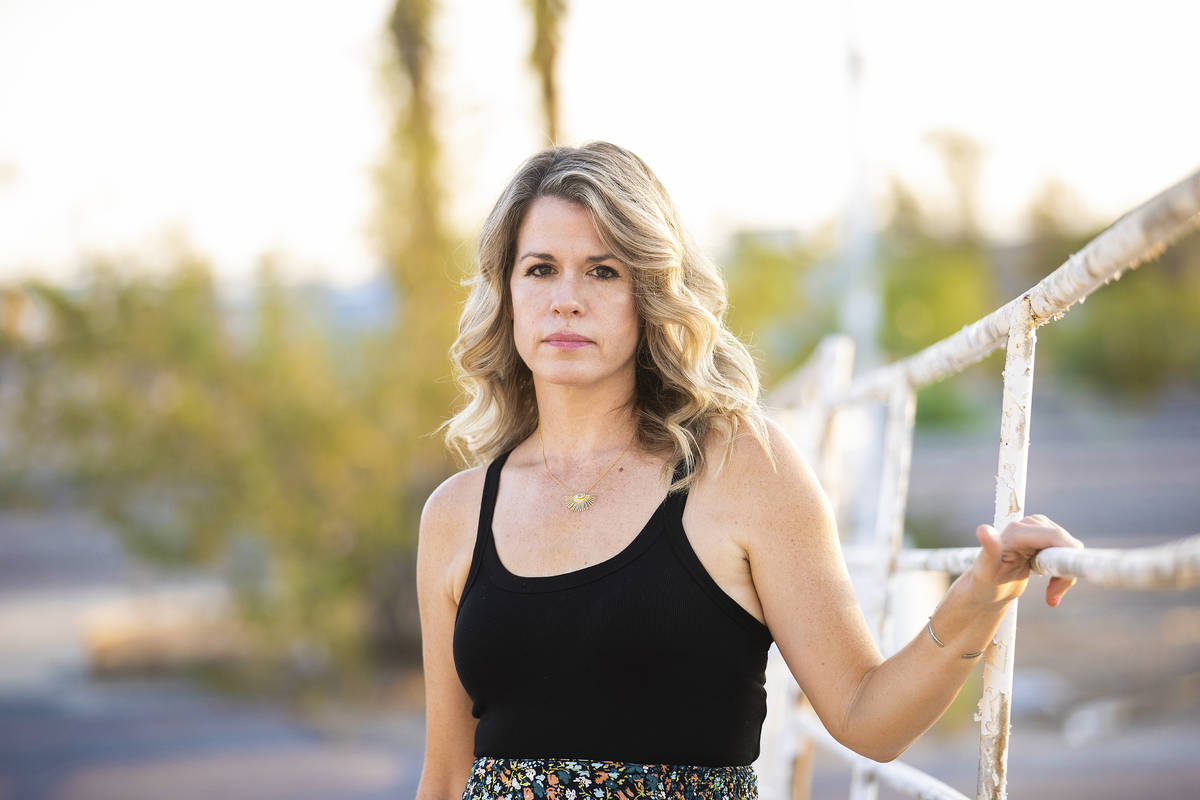 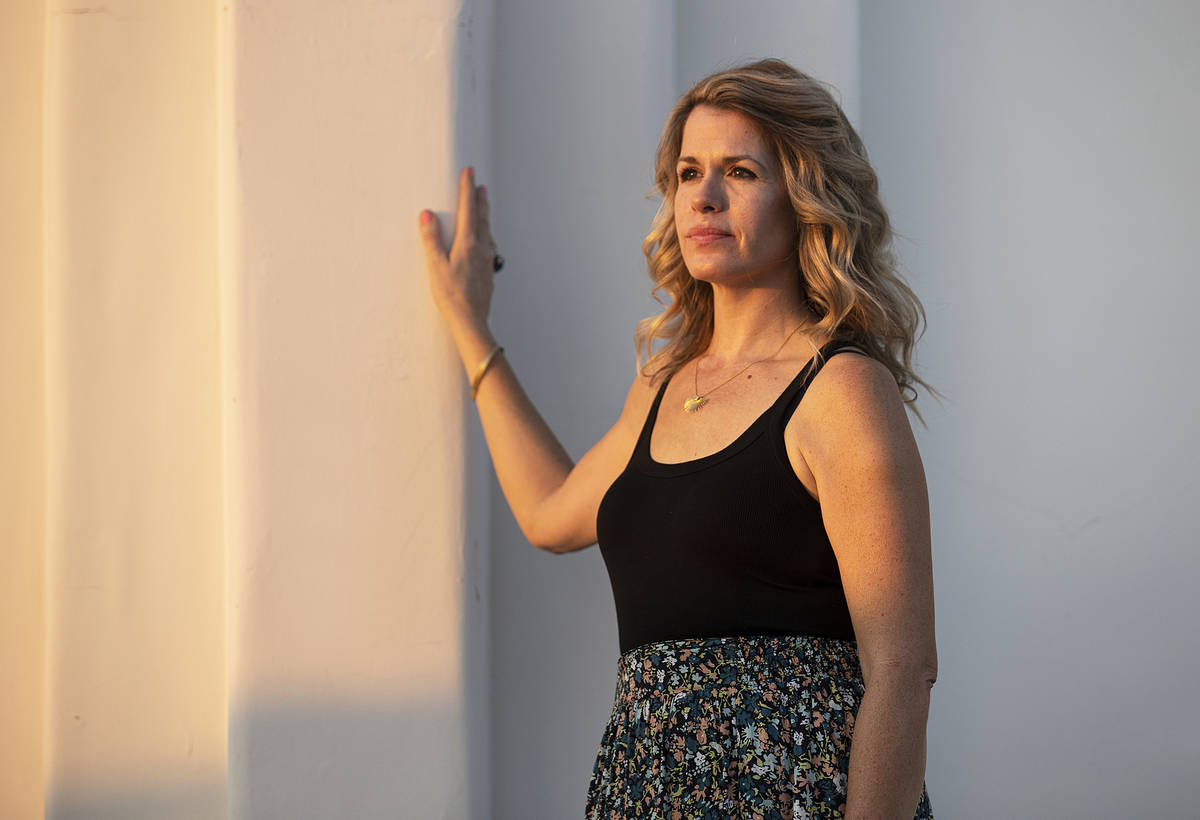 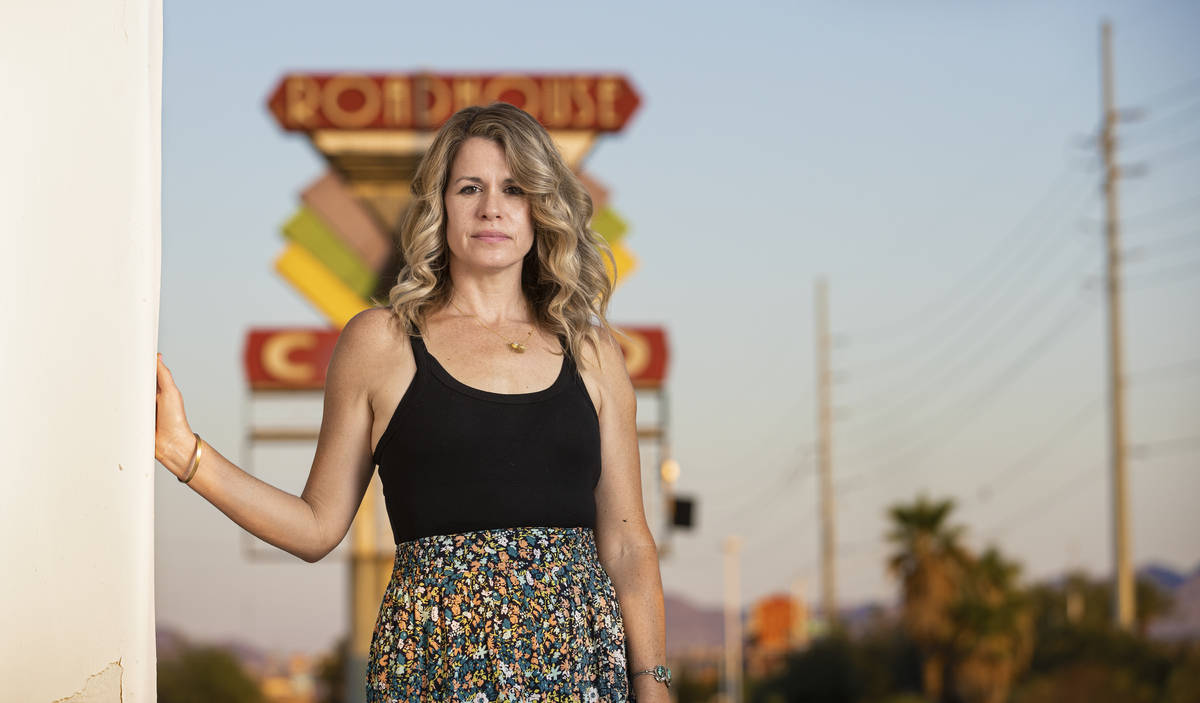 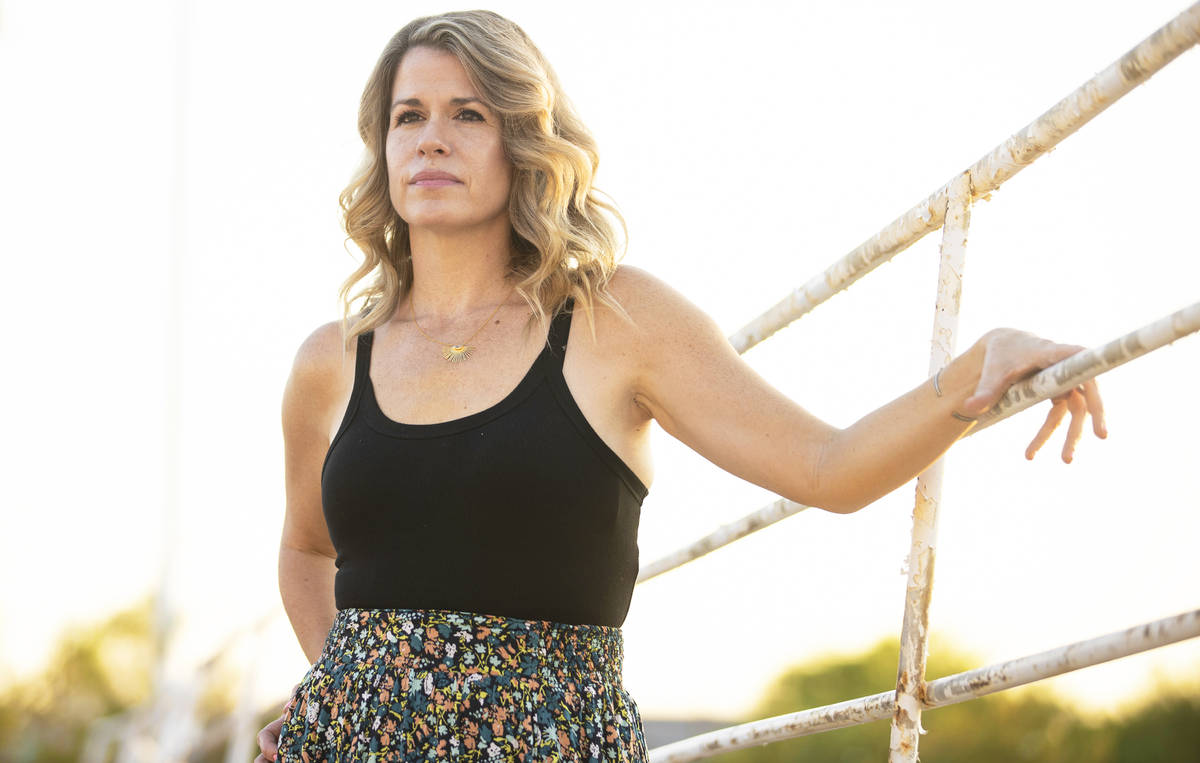 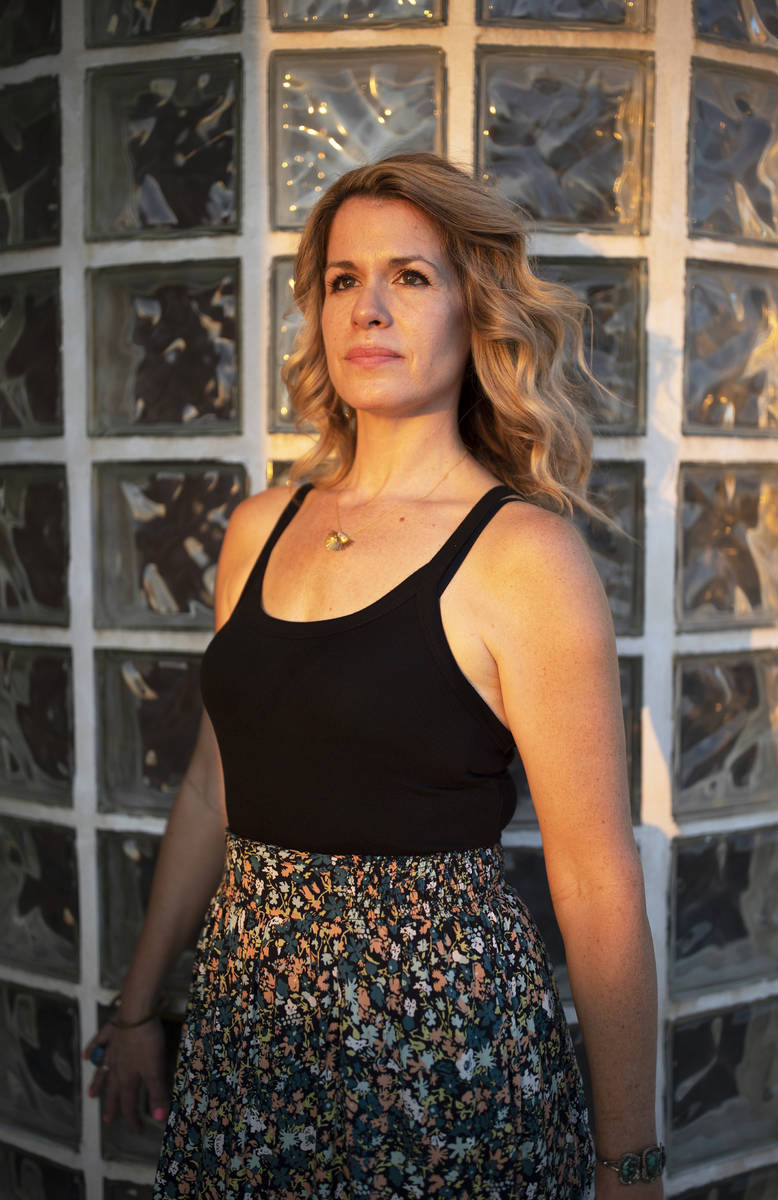 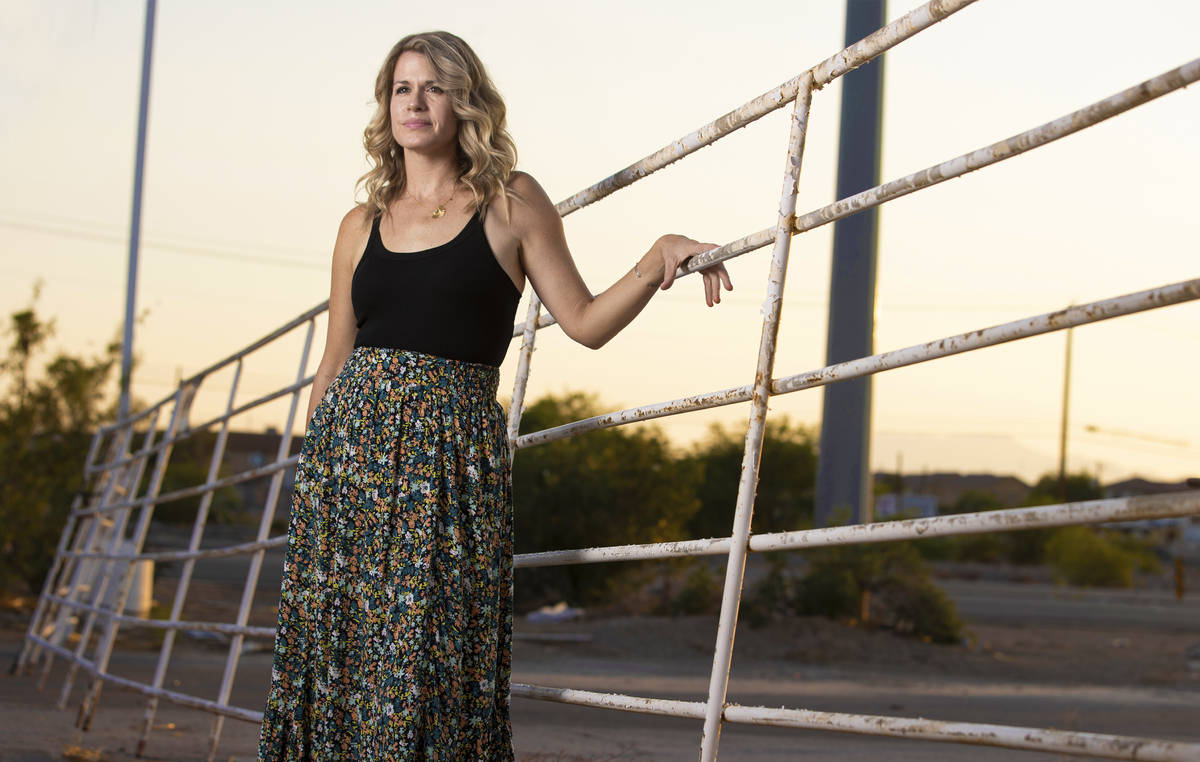 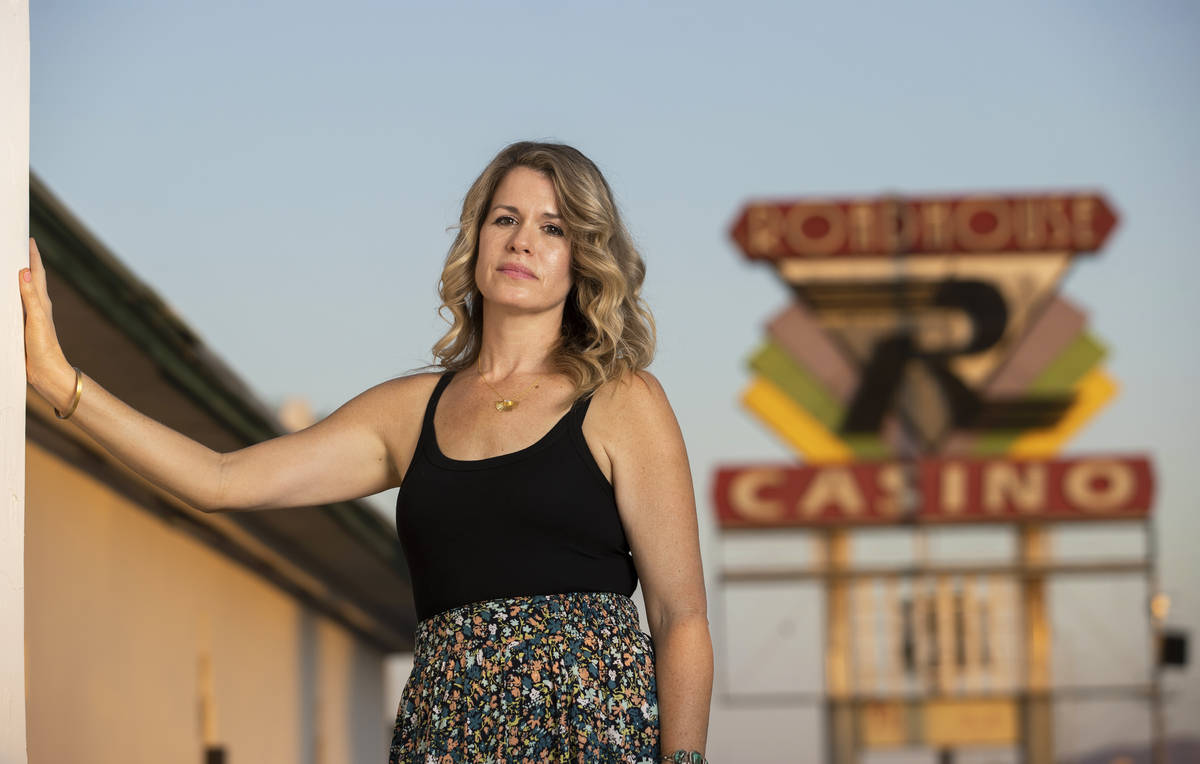 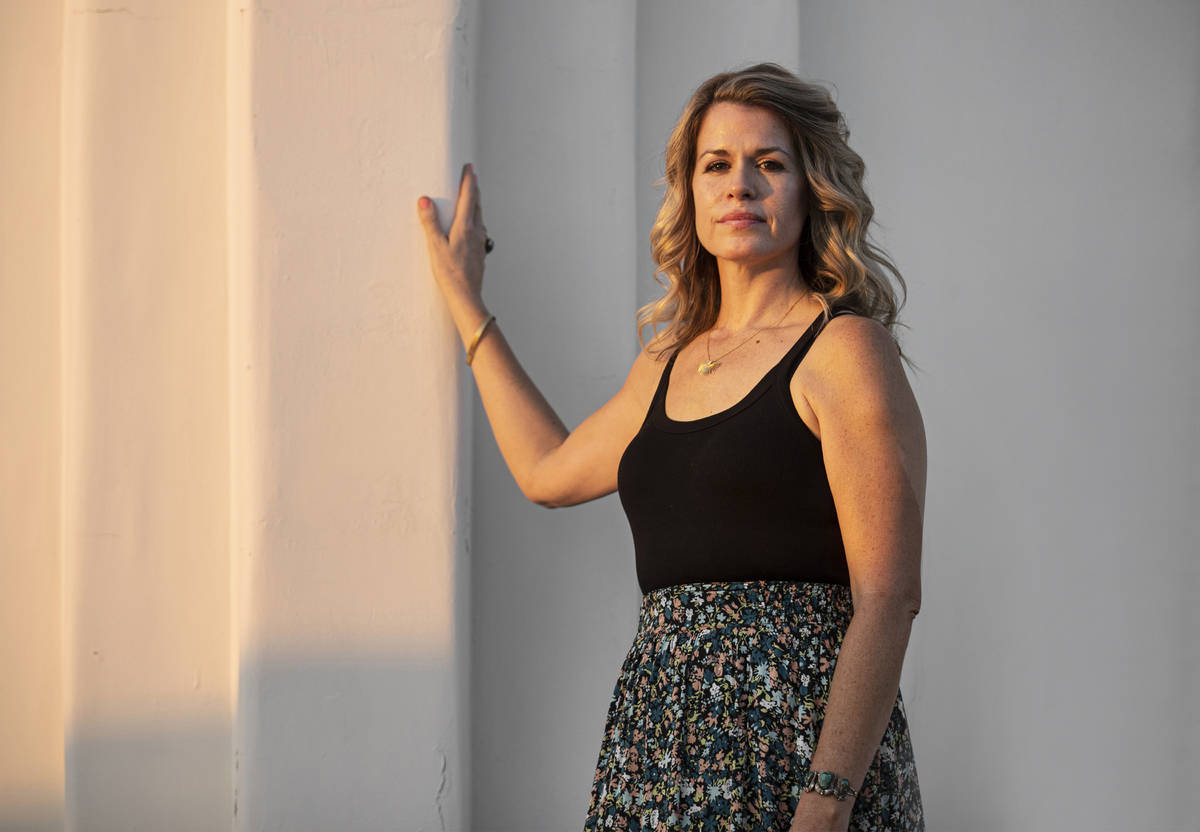 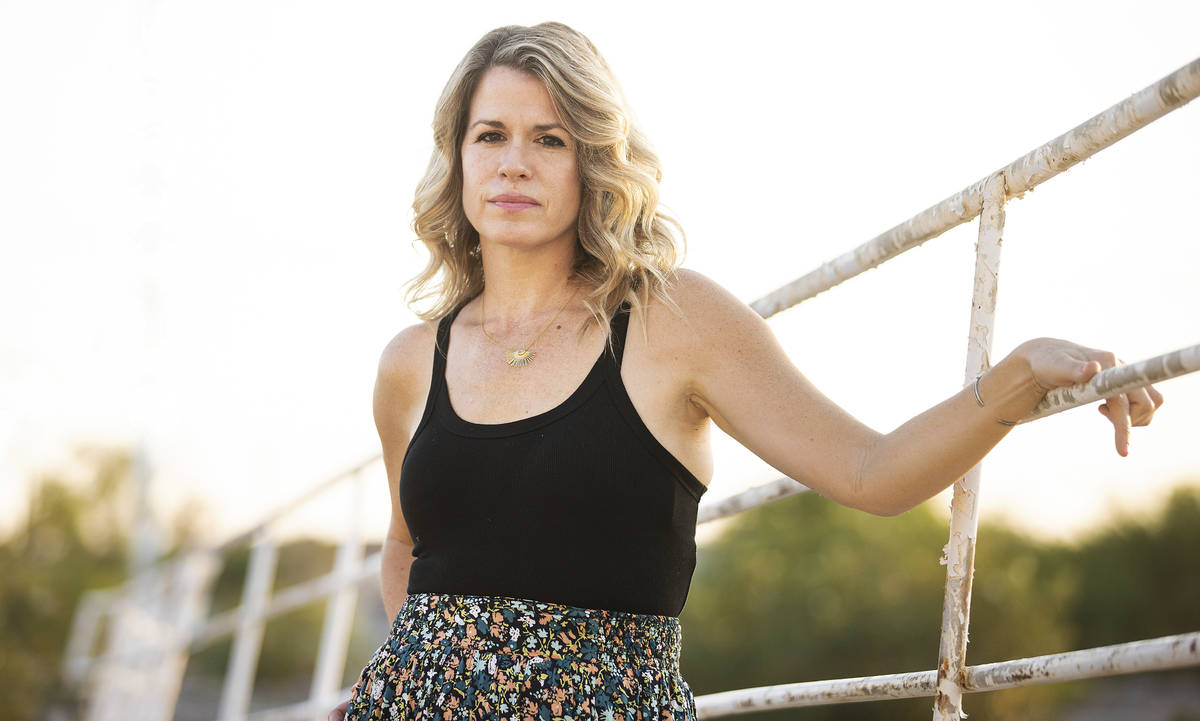 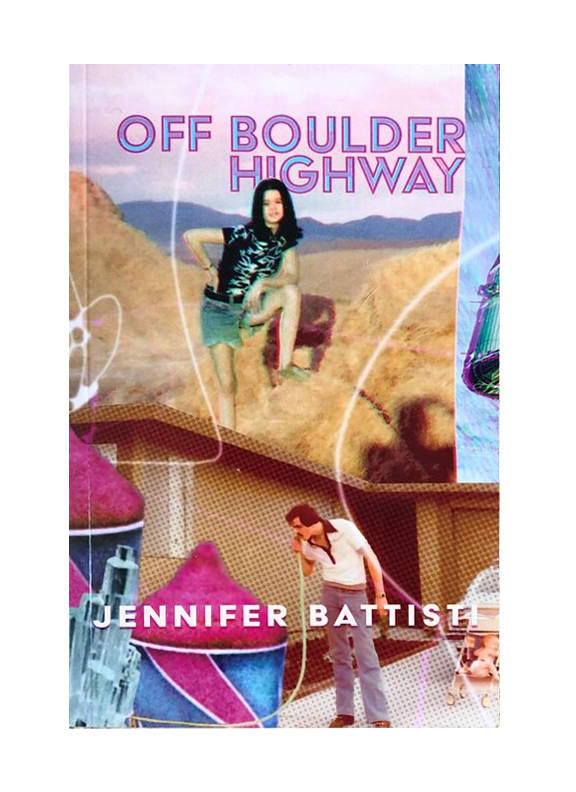 Jennifer Battisti grew up on what was then the outskirts of Las Vegas during the ’80s, a latchkey kid whose parents worked in the casino industry and whose cultural markers included Michael Jackson, the PEPCON explosion, family dysfunction and substance abuse.

Today, Battisti is a poet and writer who sometimes sees flashes of her own Vegas childhood while raising her 8-year-old daughter. In her new book, “Off Boulder Highway” (Tolsun, $19), she explores coming of age in Las Vegas through poetry and prose that’s candid, sometimes raw, and occasionally hopeful in spite of itself.

While the memories are hers, the collection will resonate among Las Vegans of a certain age who remember Scandia Family Fun Center, Tom &Jerry’s, the Challenger explosion and Baby Jessica in the well. And if some of the coming-of-age themes are universal, most are unique to growing up in Las Vegas.

“Both of my parents worked in the poker industry,” Battisti says. “My dad was director of the World Series of Poker for many years. I was used to (him) working a swing shift or graveyard. My mom was a cocktail waitress for many years. It was more unusual for me to have friends on the block who had dentists for dads.”

Poet, publisher and former Clark County poet laureate Bruce Isaacson calls “Off Boulder Highway” an “extremely poignant and painful description of what it was like for her to be growing up in our city. I think it’s a brilliant book. Her writing is really characterized by a deep humanity, perceptiveness and skill.”

Battisti, a Las Vegas native, grew up in a neighborhood east of Boulder Highway — as kids, she and her friends used to walk to Sam’s Town — in a family that, she says, “was struggling with trauma, disability and addiction. But in a larger sense it was of the class we were growing up in. The neighborhood was struggling with a lot of things, (including) poverty and drug addiction.”

Battisti pulls no punches, particularly in recalling her own youthful missteps. She writes candidly about fads and music, drinking and drugs, family conflict, sexual misadventure and pushing boundaries and paying the price.

The book began as “creative nonfiction,” Battisti says. She also interspersed poems that refracted her experiences in a different manner. Then, midway through, “I started playing around with fiction, which helps, I think, to soften some of the heavier pieces in the book.” Those writings show up as lyrically intense bursts of surreal prose that serve a distinct purpose: “I’m hopeful it spoke to what we do as children — in times of trauma or distress, imagination can become a coping mechanism.”

The result is a hybrid work that “to me feels truer to memory and time,” she says.

There’s humor, too — including an essay about hiring a mermaid for her daughter’s birthday party, and a take on a popular Valley Girl catchphrase — and present-day pieces touching on parenting and recovery. Battisti hopes that, particularly in the harder-edged coming-of-age pieces that make up most of the collection, “I don’t villainize anyone. That is not my intention.

“I think it’s pretty common for families to be dysfunctional. My hope was just talking about it can connect to readers who also came from troubled families. But I don’t want to point fingers or get sympathy. I just tried to name it for what it is.”

Poetry as a passion

Battisti’s passion for poetry was ignited when a teacher introduced her to Shel Silverstein in third grade. She started to write, just for herself, “mostly therapeutic things to … get my feelings down. Once I started writing, I never looked back. It never really felt like a choice to write. But a career, that came much later.”

Her first book of poetry, “Echo Bay,” published in 2018, received positive reviews, and her work has been published in Desert Companion and several literary journals. Her poem “Bristlecone in Blue” appeared in “Where We Live,” a graphic novel anthology for victims of the Route 91 Harvest Festival shooting (it’s reprinted in “Off Boulder Highway”). Battisti also is a participating teaching artist and co-director of the Alzheimer’s Poetry Project in Clark County.

“So I’ve always been writing,” Battisti says. “Once I got sober, I was able to focus a lot more energy on it. I think I had a lot of internal demons to work out before I could arrive at that … intention of being a poet and writing. So it was a 15-year detour just struggling with addiction and struggling to get sober and to get anchored in stability.”

Battisti says she talked over some of the collection’s more intensely personal pieces with family members. While they expected her to be honest, “I don’t think they knew I would go as far as it went,” she says.

“But it brought us closer together, especially with some of the more difficult things. It’s really nearly impossible for me to have a conversation with my mother about some of the heavier things that happened when I was a kid, but if I write it down and send it to her, she’ll read it and say, ‘That’s good’ or ‘That’s how it happened,’ and somehow we can work through some very difficult memories.”

Also, Battisti says, “I think once my mother realized it was helping me to heal, she was on board. She was supportive of it.”

Battisti’s father, Jim Albrecht, died in 2003, but she since has found a measure of reconciliation with him. During her 20s, Battisti began to learn about his childhood and accomplishments.

“I didn’t see any of that when I was a kid. Unfortunately, I was 26 when he passed away from cirrhosis — he was also an alcoholic — but I was so entrenched in my own alcoholism at age 26 and our relationship was still very much fractured.”

Her daughter, Violet, 8, hasn’t heard her mom’s childhood stories yet, but Battisti expects that she will someday.

“I have a lot of thoughts about what it would mean for my daughter to later read this,” Battisti says. “But, ultimately, I want her to grow up without feeling we have to keep secrets.”