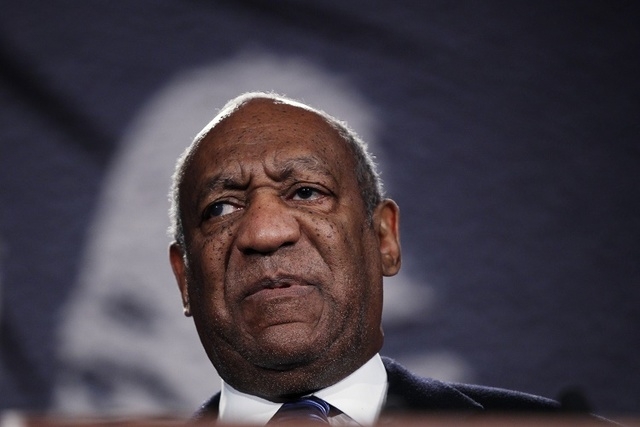 In November, supermodel Janice Dickinson said in an interview that Bill Cosby sexually assaulted her in 1982 after the two had dinner in Lake Tahoe, Nevada.

Cosby attorney Martin Singer immediately called Dickinson’s story “a lie” and said it contradicted her own autobiography and a 2002 interview she did with the New York Observer.

Now Dickinson is suing Cosby for defamation, saying the comedian hurt her professionally and personally in denying her rape accusation and calling her a liar.

“I want justice done. I want Lisa Bloom (her lawyer) to depose Bill Cosby, get him on the stand and in front of a jury and let the law decide.”

“Calling Dickinson a liar is a defamatory statement under the law … and that’s the mistake Bill Cosby made,” Bloom said.

“It was too late to for her to sue for rape or for drugging, but once he through his representatives called her a liar she had a fresh claim for defamation and that’s the lawsuit that we filed today.”

Bloom said they asked Cosby to retract his claim that she lied, but he refused.

She said Cosby’s team has 30 days to respond to their lawsuit and they plan to seek his deposition “as early as possible.”

Cosby’s lawyers could not be reached Wednesday for response to Dickinson’s lawsuit.

About 30 other women have alleged in the last year that Cosby assaulted them over the last 40 years.

Cosby, 77, has not been charged with any crimes and has vehemently denied wrongdoing. Most of the allegations have passed statutes of limitations, preventing criminal legal action.

“Defendant Cosby knows that he drugged and raped Ms. Dickinson,” the lawsuit says. “He knows that calling her rape disclosure a lie was a false statement.”

She named 100 unnamed “Does” as defendants, saying these unknown people are in some manner responsible for what allegedly happened to her. Dickinson also seeks damages on claims that Cosby put her in a false light and intentionally inflicted emotional distress.