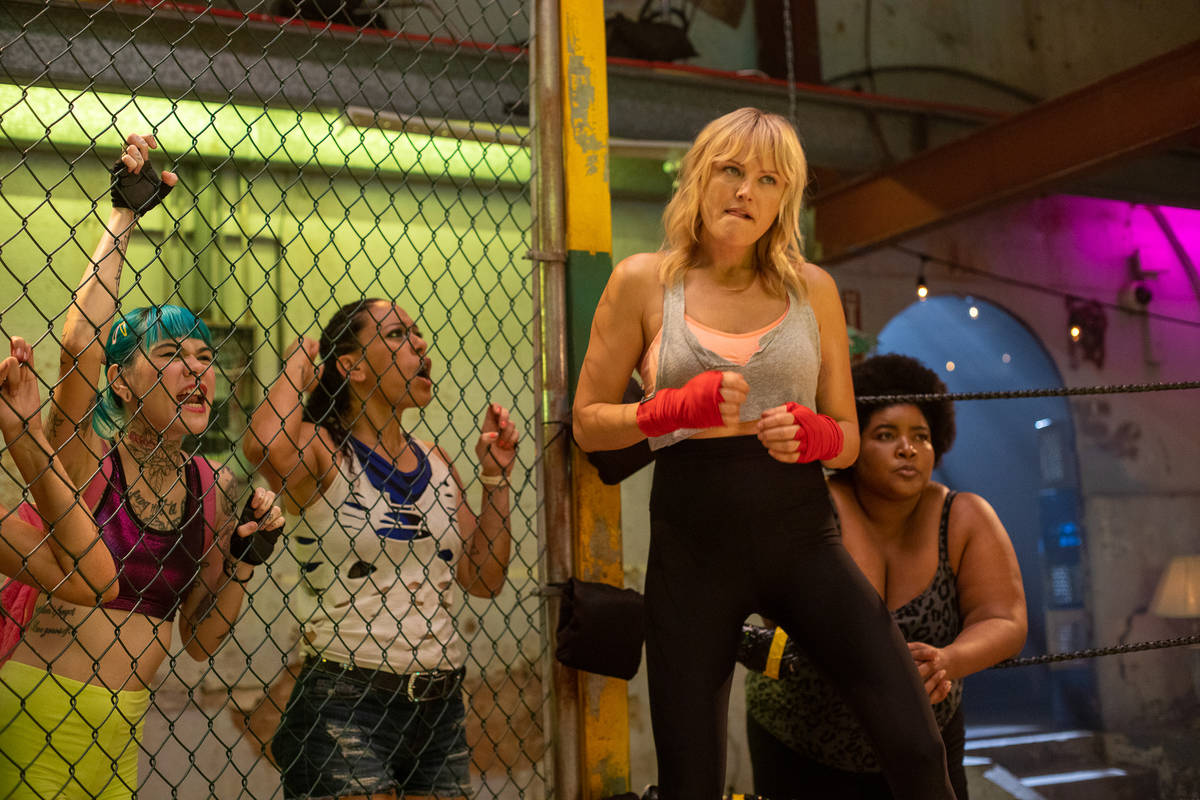 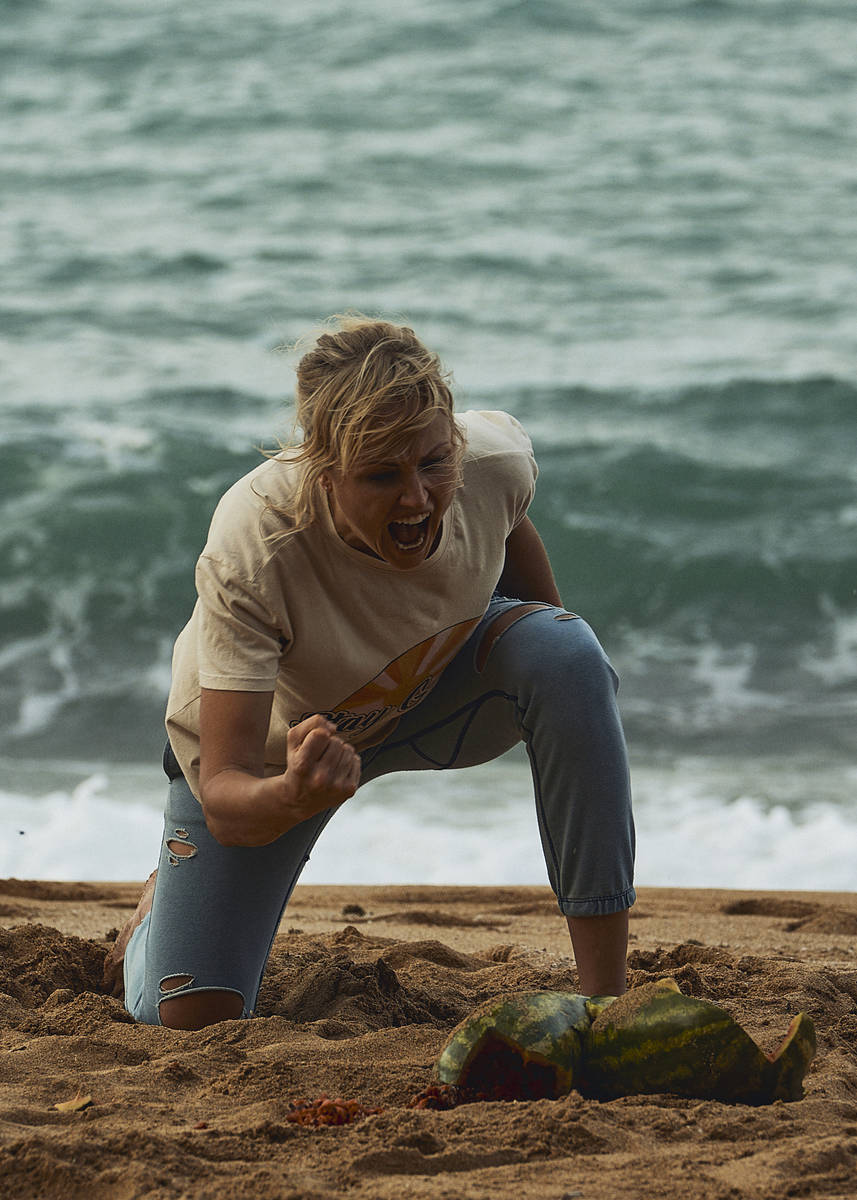 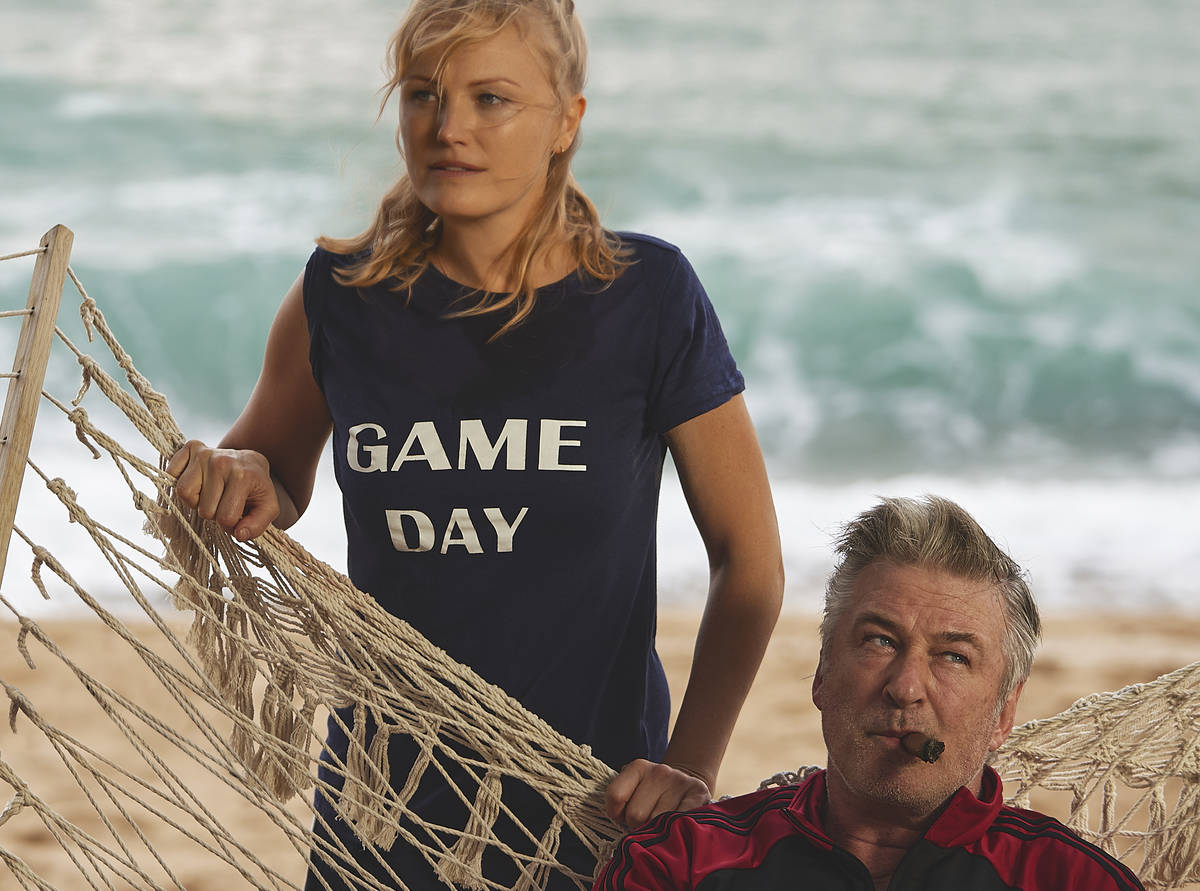 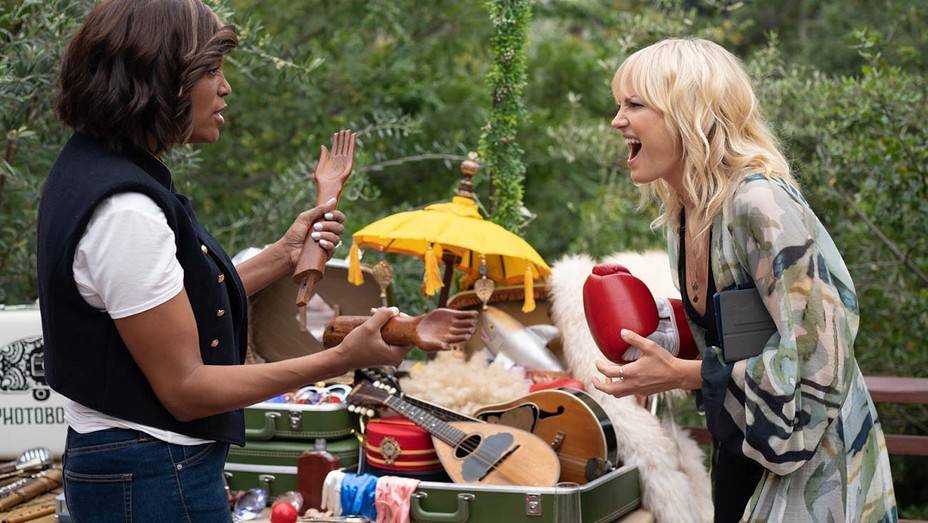 What goes through the mind of an actress when she’s asked to star in a film called “Chick Fight?”

Screen beauty Malin Akerman, 42, (“Watchmen” and “27 Dresses”), said that the new film, out this weekend digitally and on demand, is a layered piece of art.

“Chick fights have always been associated with pulling hair and nails in the face,” she said of the “Fight Club” flick that is in theaters. “This is about women’s empowerment. It says that women are strong and powerful — and we don’t always have to be so-called ladylike.”

In “Chick Fight,” Akerman (who also is a producer) plays Anna, a woman with work and life issues, who is introduced to an underground, all-female fight club designed to get out her frustrations and turn her life around. The film also stars Bella Thorne and Alec Baldwin.

It’s a busy season for the Swedish actress, who also stars with actor husband Jack Donnelly in the new film “Friendsgiving,” about a dysfunctional Thanksgiving dinner.

Review-Journal: What are your Sundays like during the pandemic?

Malin Akerman: I’m very lucky in that I haven’t been struggling like so many. Basically, this has been a time to spend with my husband and son. I travel so much normally that I’ve looked at this as a beautiful moment to check in with my own family. We’ve had lovely fun just being together. The hard part is I’ve had to become a school teacher, which is a hard job. I bow my head to all the teachers out there. They should be paid a lot more money.

What is the toughest part for you? The math lessons?

It better not be because we’re on second grade math. So, we’re still OK for our son (Sebastian). But, I do have to admit that my writing lessons are just a disaster. I really don’t know how to help him out in that area, and he can’t focus on my rambling lessons. We’re just like any other family out there: We’re trying.

Did the script for “Chick Fight” surprise you?

I loved the fact that, in the film. this female underground fight club was created by a therapist so her clients could let off some steam. In the end, it brings up the idea of women supporting women in this physical way. It’s about sisterhood and friendship.

Could this idea of chicks fighting in a very serious way come to Vegas?

It would be perfect for Vegas on so many levels!

You’re in some gritty fights in this film. What kind of training went into it?

I landed in Puerto Rico where we shot and spent a few hours a day in training. Believe me, I had to go to the gym every single day so my 40-year-old body would cooperate. Yes, all of us had great stunt doubles, but I land a punch.

What’s the worst thing that happened to you or your stunt double?

My stunt double Holly got knocked out during the scene and the actress who knocked her out was devastated. She felt so bad that her punch landed that hard. I walked away each day with some bruises. Nights were spent in the tub and there was a cocktail on the weekend.

In your opinion who is tougher physically: Women or men?

I have to say women. There was an experiment on YouTube where guys were simulating childbirth. They lasted about ten minutes. Women are just fierce. We really take things to heart and get the job done. When we fight, we fight. We fight to the death. Don’t get me started if the fight is over your child or something going on with your child. The mama bear in me comes out easily.

Have you ever been in a fight in real life?

Yes! This boy in grade school, maybe fifth grade, was bullying me. Something happened one day. I just flipped a switch. I punched him in the face. And that was the end of him bullying me. You have to realize that this was tough. I was a very shy little girl, but something in the moment just took over inside of me. I cried afterward and felt terrible.

Do you like the business side of show business?

I’m about to go off to Mexico to executive produce a vampire film. I really love building things from the ground up and being a part of the process. I want to believe with each project that we gave it our best shot. That’s why I want a behind-the-scenes voice. More women need to do this. I believe they can. Women hold up half the sky.