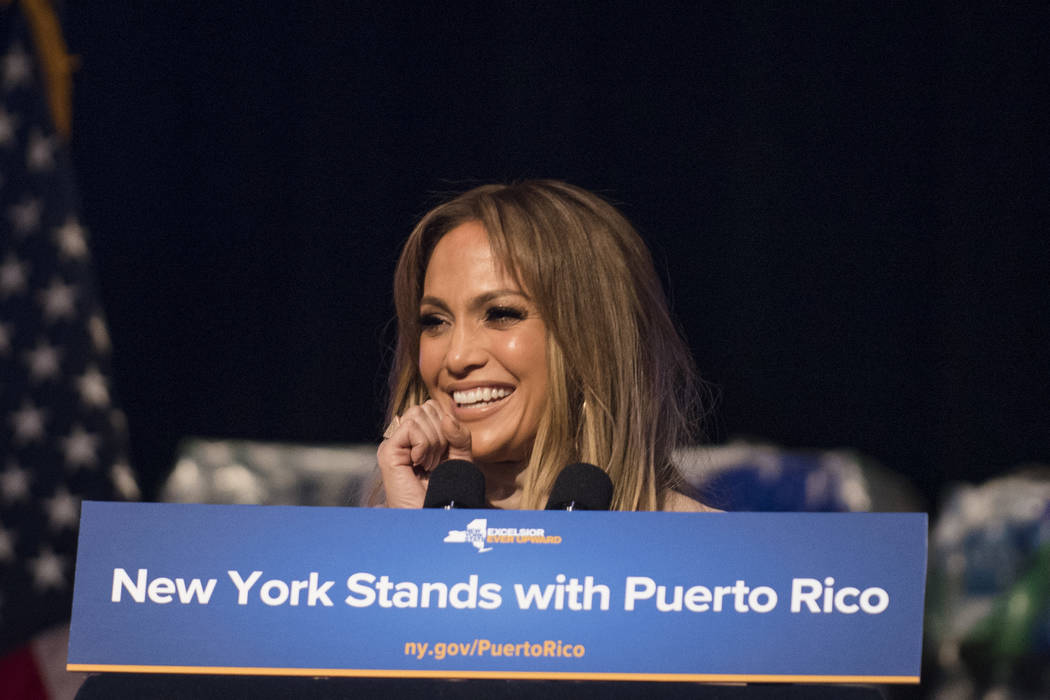 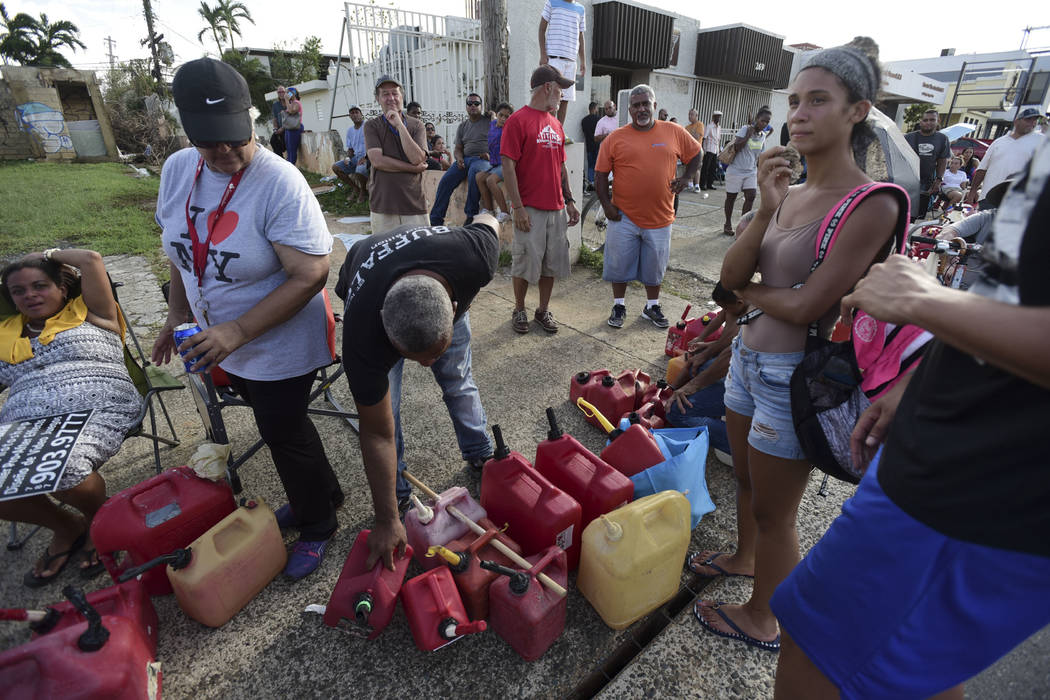 Hundreds of people wait in line since the morning to buy gasoline three days after the impact of Hurricane Maria in Carolina, Puerto Rico, Saturday, Sept. 23, 2017. A humanitarian crisis grew Saturday in Puerto Rico as towns were left without fresh water, fuel, power or phone service following Hurricane Maria’s devastating passage across the island. (Carlos Giusti/AP) 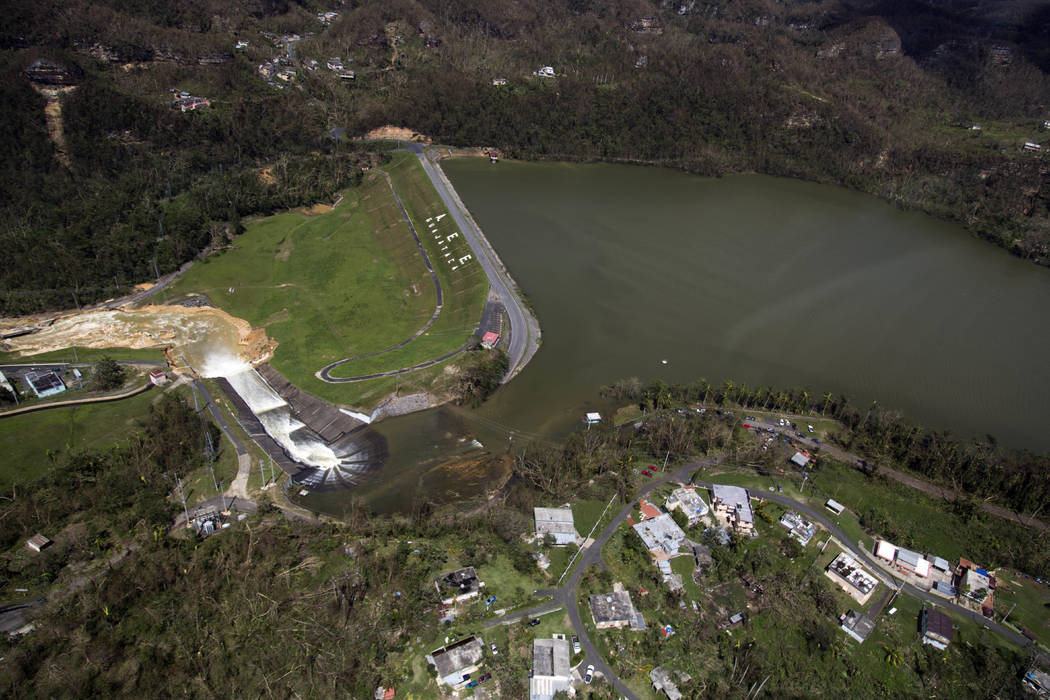 Water drains from the Guajataca Dam in Quebradillas, Puerto Rico, Saturday, Sept. 23, 2017. Puerto Rican officials rushed to evacuate tens of thousands of people downstream of the failing dam and the massive scale of the disaster wrought by Hurricane Maria started to become clear. (AP) 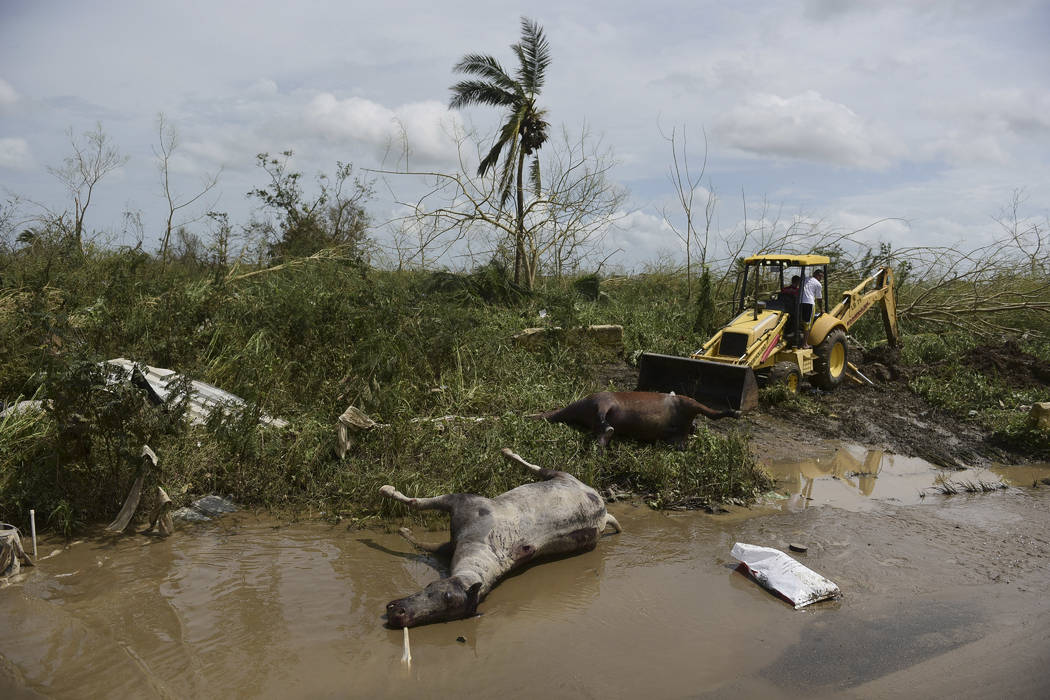 Dead horses lie on the side of the road after the passing of Hurricane Maria, in Toa Baja, Puerto Rico, Friday, September 22, 2017. (Carlos Giusti/AP) 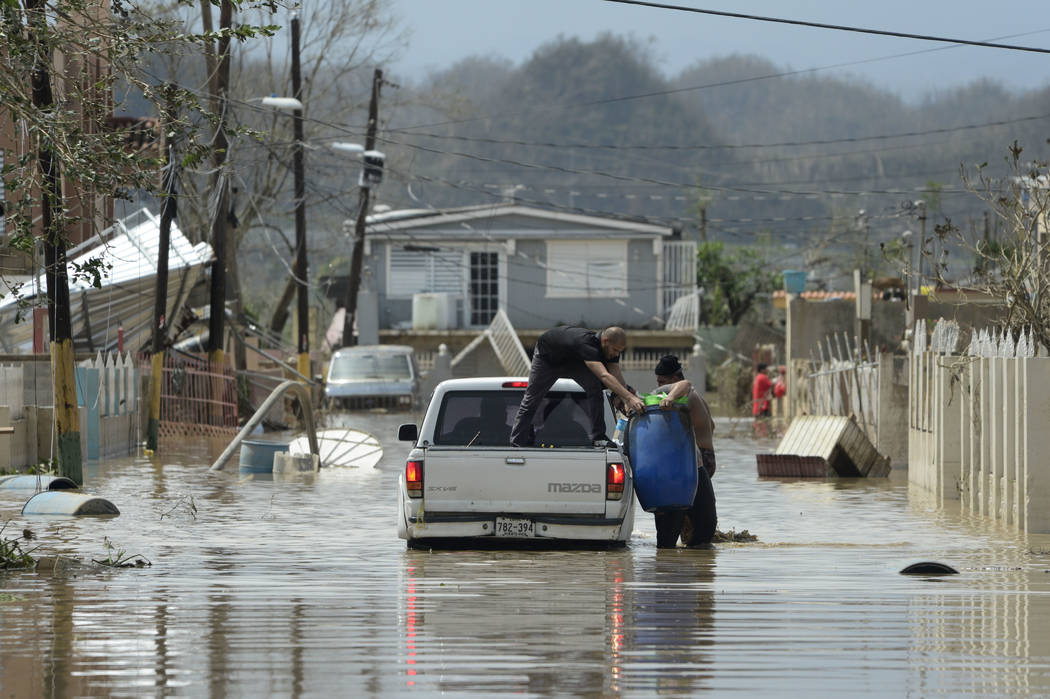 SAN JUAN, Puerto Rico — Jennifer Lopez says she’s donating $1 million from the proceeds of her Las Vegas residency to relief efforts in Puerto Rico, where she has family roots.

The entertainer announced the pledge Sunday at an event describing New York state efforts to aid the hurricane-devastated island.

She said she and former baseball player Alex Rodriguez, along with singer Marc Anthony and a range of Latino musicians, athletes and business leaders would commit to get resources and aid to Puerto Rico and the wider Caribbean region.

An emotional Lopez spoke first in Spanish, talking about how Hurricane Maria has ravaged the island, and calling on everyone to get involved in helping to rebuild.