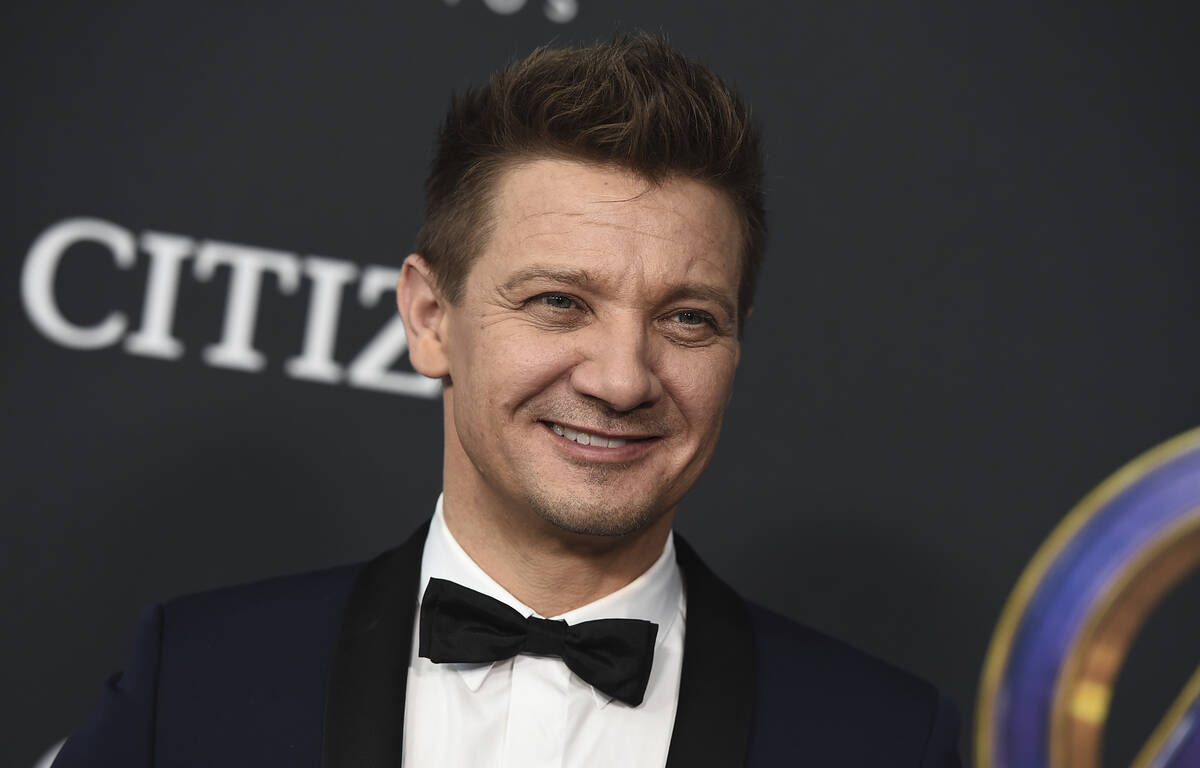 Jeremy Renner arrives at the premiere of "Avengers: Endgame" at the Los Angeles Convention Center on Monday, April 22, 2019. Renner says he is out of the hospital after he was seriously injured in a snow plow accident. In response to a Twitter post Monday about his TV series “Mayor of Kingstown,” Renner tweeted that other than the brain fog that remains, he is very excited to watch the next episode with his family at home. (Photo by Jordan Strauss/Invision/AP, File)

LOS ANGELES — Actor Jeremy Renner says he is out of the hospital after being treated for serious injuries from a snow plow accident.

In response to a Twitter post Monday about his Paramount+ TV series “Mayor of Kingstown,” Renner tweeted, “Outside my brain fog in recovery, I was very excited to watch episode 201 with my family at home.”

Outside my brain fog in recovery, I was very excited to watch episode 201 with my family at home 🙏❤️🙏

Renner was run over by his own 7-ton Pistenbully snow groomer in Nevada while trying to use it to free a relative’s vehicle on a private road near Lake Tahoe on New Year’s Day, authorities said.

The accident left him in critical condition with major chest trauma and other injuries, according to a Renner representative.

Authorities are still investigating but have said there were no signs that Renner was impaired and no indication of any foul play.

The 52-year-old two-time Oscar nominee plays Hawkeye in the Marvel Cinematic Universe and has a recurring role in the “Mission Impossible” franchise.