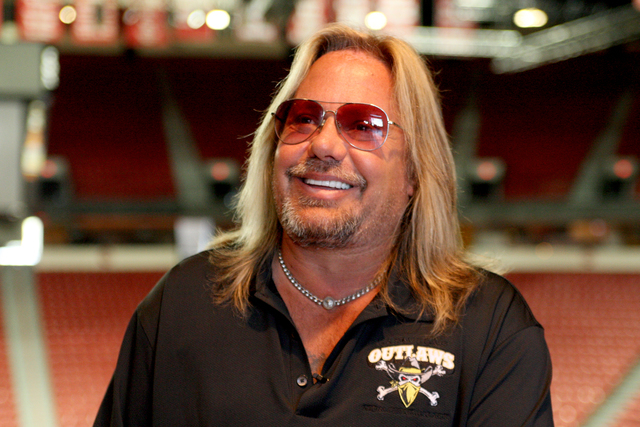 Motley Crue frontman Vince Neil has been charged with misdemeanor battery after an April incident in which he allegedly roughed up a female autograph seeker outside the Aria.

TMZ posted a video of Nicolas Cage tussling with Neil after the actor reportedly tried to intervene during the April 7 incident.

The criminal complaint identifies the autograph seeker as Kelly Guerrero and accuses Neil of “pulling the victim’s hair and slamming her to the ground.”