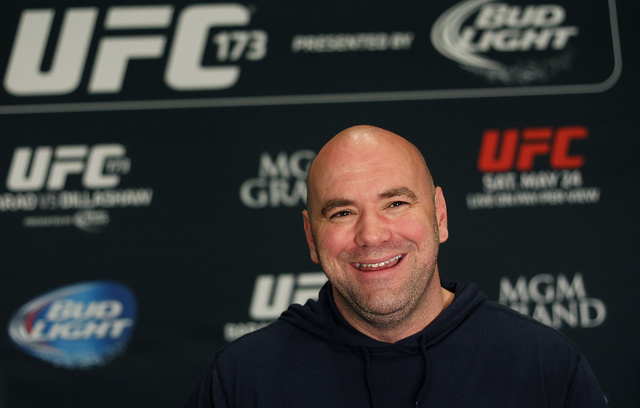 UFC President Dana White says the Palms gave him his "walking papers" for the second time in two years because of his winning ways. (Jason Bean/Las Vegas Review-Journal file) 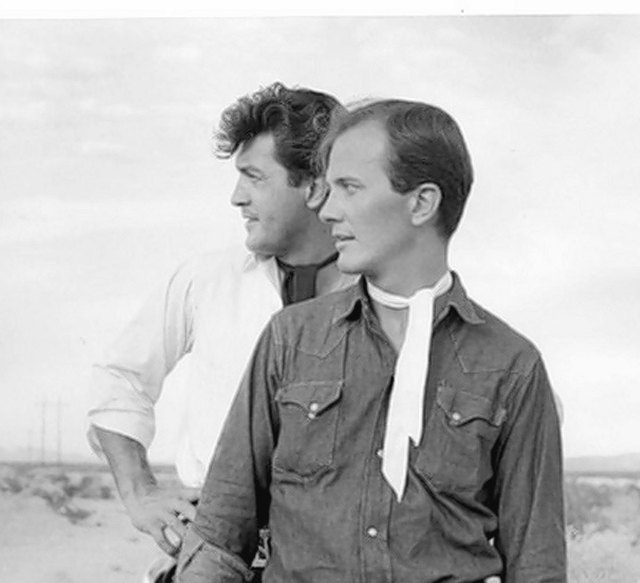 UFC president Dana White confirmed Sunday that the Palms gave him his “walking papers” for the second time in two years because of his winning ways.

White said he was coaxed back March 1, ending a 22-month boycott by White and Ultimate Fighting Championship fighters.

“I was not going to do any business with them,” he said.

He confirmed that Palms chief executive Dan Lee, who recently left the property, sent a case of his favorite wine, 2001 Domaine de la Romanee-Conti Montrachet, said to be sold for $5,000 a bottle, to the UFC office to open peace talks.

When he returned to the Palms tables, White said, he “beat them for (nearly $2 million), and they asked me not to play anymore.”

He had alluded to the “walking papers” last week during UFC’s new video series, “UFC Embedded,” that aired the week of UFC 173. White called me back several times to clarify his comments.

“A lot of people are going to think I’m a card counter after that Ben Affleck thing at the Hard Rock. I’m the farthest thing from card counter.”

The Palms showed a sense of humor after the latest falling out. White said he heard through the grapevine that the Palms was planning to give him a trophy that said “congrats you kicked our ass and made us tap out.”

There have been rumors that he tipped the dealers almost $200,000 during his three-month hot streak. He declined to comment on that but confirmed that Mandalay Bay had invited him to play there.

“Casinos don’t want to gamble anymore,” White said. “They’re all owned by hedge funds and corporations. They want to stack the odds so much against you that won’t play. Realistically, there’s only one place to play left in town. That’s Caesars. They will let you play what you want to play. No messing around with limits.”

He doesn’t care that critics will say his gambling is out of control.

“I love everybody over there,” he said.

He pulled all UFC-related events from the Palms two years ago after then-president Joe Magliarditi cut White’s credit line in half.

Longtime Las Vegas entertainer Nelson Sardelli was among a Las Vegas contingent who attended the 80th birthday and charity roast for Pat Boone on Sunday in Beverly Hills. Sardelli and Boone go back to 1965 when Boone was working the main room at the now-defunct Thunderbird and Sardelli performed in the lounge. “We clicked from day one,” Sardelli said. “He has a great sense of humor. We stayed close since then. In two of his books, I rated a whole page, with photos.” They shot some gunfighter photos in the desert here during the 1960s. …

In a first, Henderson sisters Ellie and Amy Smith, have won Miss Nevada and Miss Nevada’s Outstanding Teen, respectively. Ellie, 17, is BYU bound, and Amy, 15, is a student at the Las Vegas Academy of the Arts. The pageant was Sunday at LVA’s Lowden Theater.

“A woman in New York is suing a Manhattan salon for $1.5 million over a bad haircut. The last time I saw a disaster like that with clippers was Donald Sterling.” — Craig Ferguson