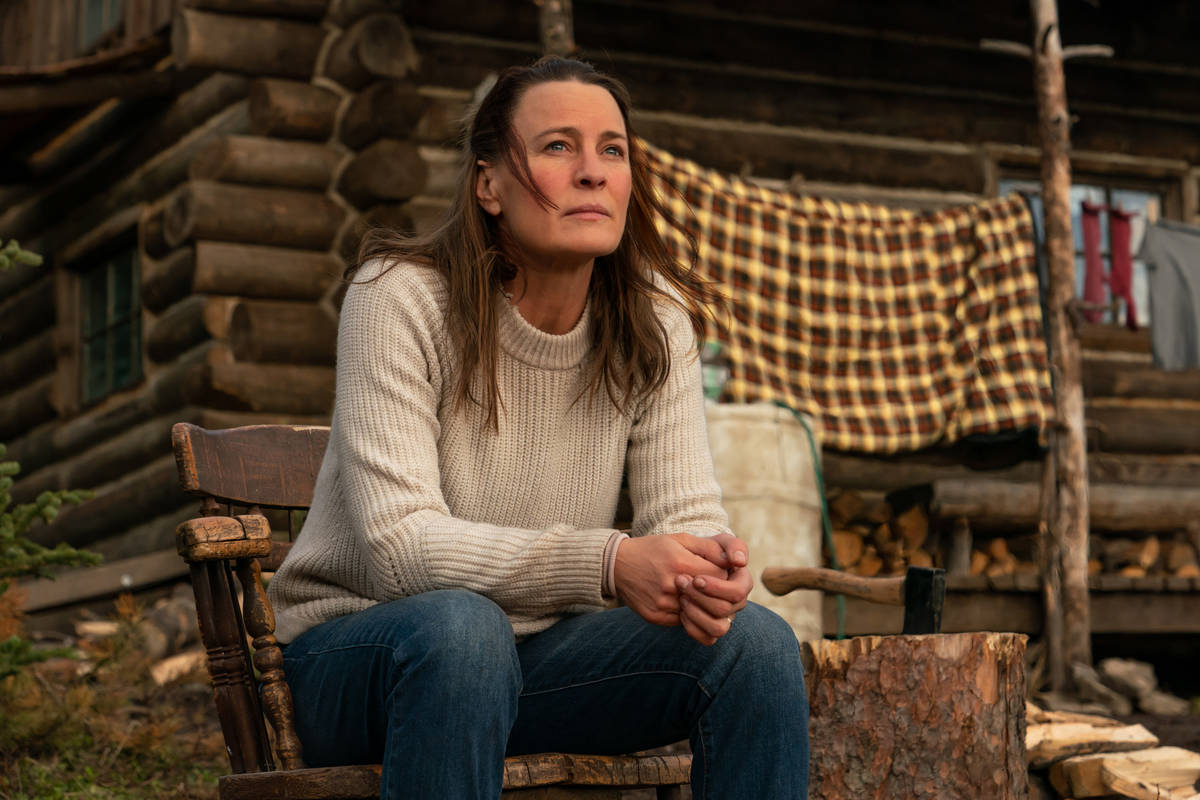 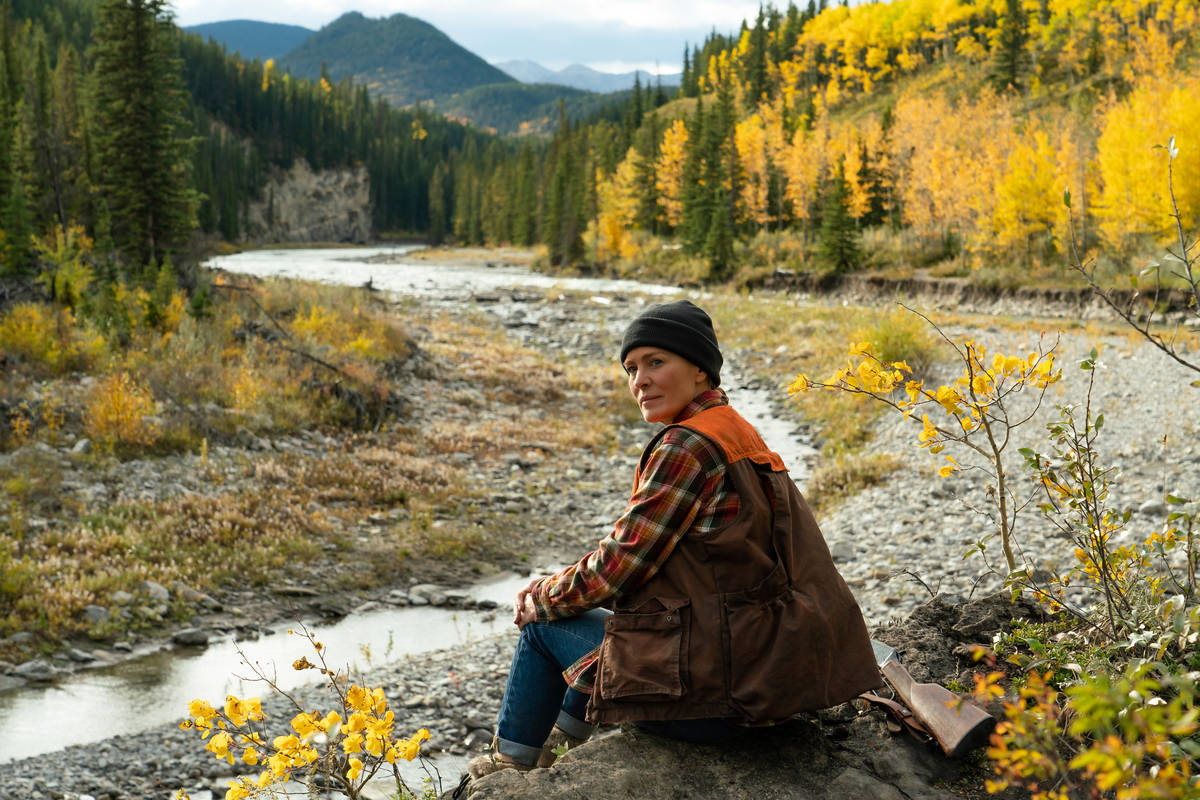 In “Land,” Robin Wright plays a woman who experiences a devastating personal loss and retreats to the wilderness, where a near-death experience changes the way she looks at life. (Daniel Power/Focus Features) 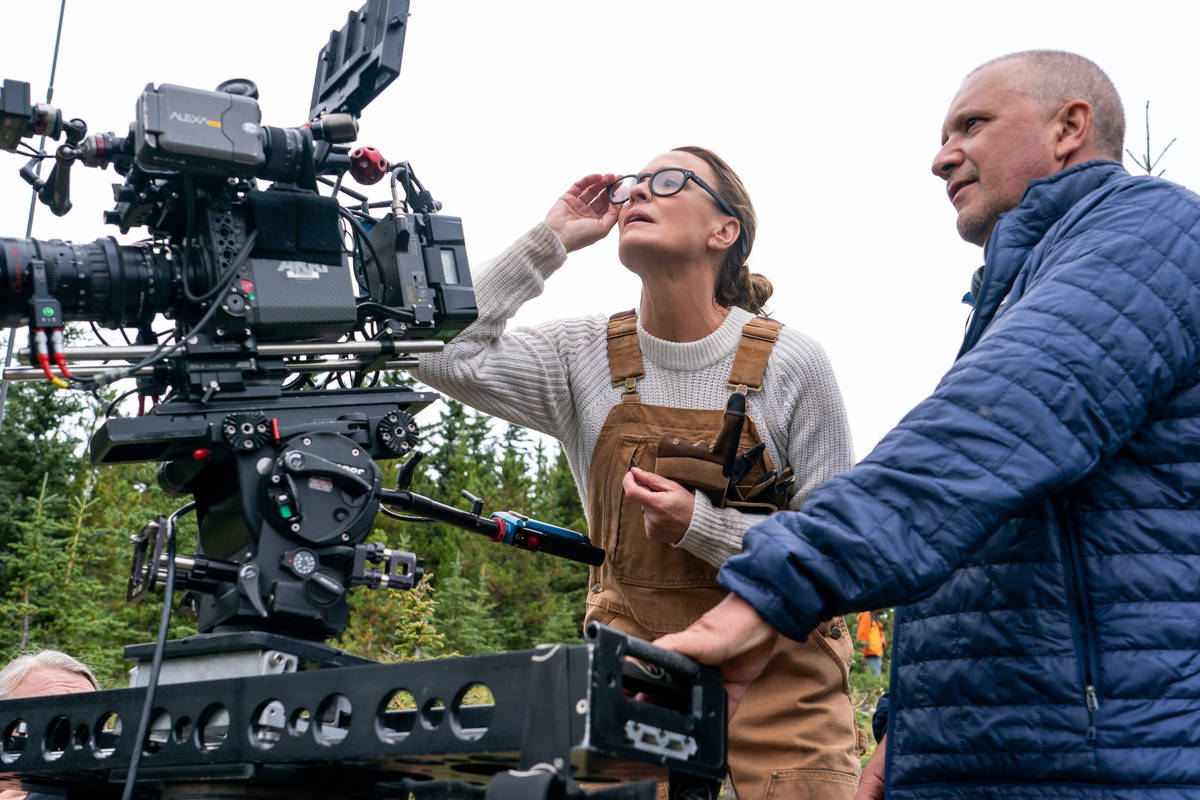 Director and actor Robin Wright with director of photography Bobby Bukowski on the set of "Land." (Daniel Power/Focus Features) 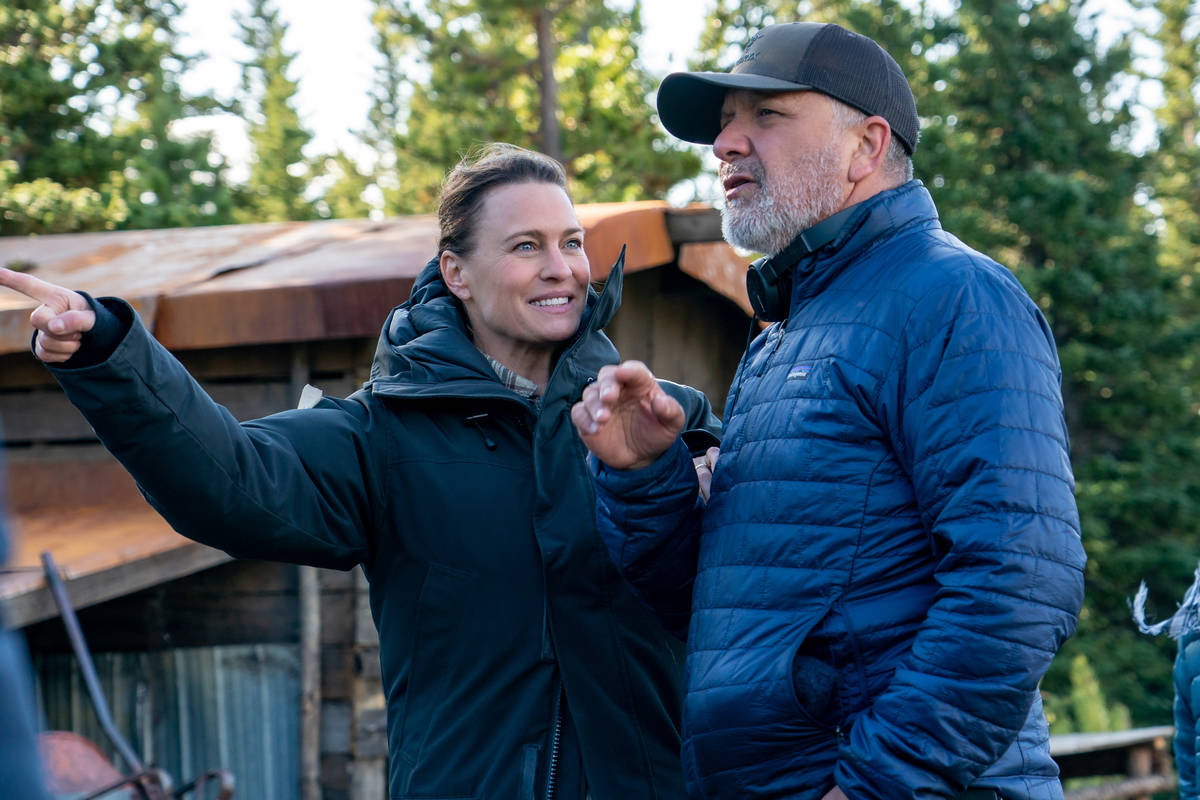 Director and actor Robin Wright with director of photography Bobby Bukowski on the set of "Land." (Daniel Power/Focus Features)

Some 8,000 feet up in a remote Canadian wilderness, Robin Wright had to deal with an unfamiliar stalker. He was tall, hairy and had no Screen Actors Guild card.

“We had a bear who wandered up to the craft services table one day and got a hamburger,” the actor chuckles on a call from her New York home. “He came back every single day for lunch because obviously he liked barbecue.”

To film the new wilderness drama “Land,” the 54-year-old Wright had to adopt a fearless streak that included sleeping in her trailer at base camp in the mountains of Alberta.

“Why not live the movie you’re shooting?” says Wright, who made her directorial debut in the film she also stars in. “It’s therapy. It’s medicine being out in nature. The only unsettling thing was I had to be locked in the trailer at night with a key because bears know easily how to open doors.”

The San Diego native known for films including “Forrest Gump” and “The Princess Bride,” plus TV’s “House of Cards,” was open to a new experience. In “Land,” Wright plays Edee, a woman who experiences a devastating personal loss and retreats to the wilderness, where a near-death experience changes the way she looks at life.

Review-Journal: Was it your intention to make your directorial debut with “Land?”

Robin Wright: Three years ago, this beautiful script fell into my lap — a movie about loss, grief and how one finds their way out of pain. It was one person’s journey through an unfathomable event who is having an incredibly difficult time and retreats to the woods. The story is about so many profound things, including the power of human resilience.

You play a woman saved by a stranger. How does this idea of “the kindness of strangers” play into the COVID-19 era?

My character Edee is saved by a stranger (a local hunter played by Demian Bichir) who proves the beauty of humanity. The bottom line is, friend or stranger, we need each other to get through difficult times. It’s very timely to what we’re going through as a society. Yes, there has been meanness and bullying and hostility and cruelty this last year, on top of the tragedies people have experienced with their families. But we’ve seen such acts of kindness, which proves that humans are beautiful people who help each other out, especially when we’re going through something unfathomable.

What was the toughest part of trying to survive in nature?

The wood chopping was not easy. We had mountain men who showed me how to do it. I was also taught how to skin a deer. One of the toughest things is catching fresh water in a jug. Our stunt woman got in the river and did eight takes of trying to catch fresh water. She almost got hypothermia. At that point I said, “I’ll go in for one take. I want the experience.” Freezing! I will never do one of those polar plunge challenges! Yet there are men and woman who live this way and carry two 5-gallon jugs of water up a mountain each day.

Did being secluded like this change the way you look at everyday life?

The minute you go back to your regular life, everything is incredibly loud. It’s like you have a bullhorn in your ear. It was quite disruptive energetically to go back to the city and hear all the honking horns. And you really do miss the great sunrises and rainstorms at night. Most of all, I miss the quiet.

Was it challenging directing yourself in such an intense role?

I had three female producers on set, in a tent, every single day. So, when I was in front of the camera and I couldn’t get back to the tent with the equipment and couldn’t watch the playbacks, I’d look at them. They would give me a thumbs-up or a thumbs-down, which told me if we needed another take.

One of the outcomes of the #MeToo movement has been more female producers and directors.

It took women a long time to crack that glass ceiling. There is a big old crack in it now. It will continue to crack. People ask me, “Do you think this has happened because Hollywood was pressured to add more women to power positions?” Of course it’s pressure! Of course it’s why it happened. And we’re going to keep pressuring.

How have you spent the pandemic? And what is your favorite way to spend a Sunday?

Most of my pandemic has been spent doing post-production for this movie in New York City. When the pandemic hit, we all had to go to our respective homes and work remotely. Editing. Sound design. Color grade. All remote. It was a trip. It took us twice as long to have it out, but it was a beautiful fate because we got in Sundance. As for a great Sunday, it might just be a long walk in nature now.

Are you optimistic about the future?

Yes, I am. I think there is going to be some permanent change that will occur because of this pandemic. The downside might be how this isolation will affect children, plus the tragic losses. But I do feel there will be some benefit from this time. Hopefully, we’ll appreciate simple gestures and notice the beautiful side of humanity. I do believe all humans are born good. I hope we as a society turn in that direction of that goodness.