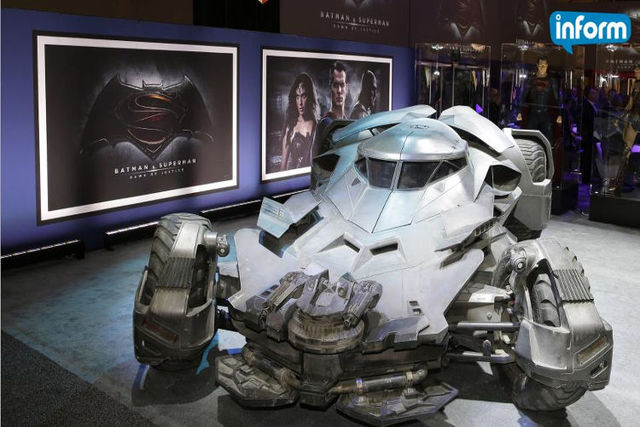 The latest version of the Batmobile has been unveiled ahead of next year’s release of the much anticipated “Batman v Superman: Dawn of Justice” action film in which the two DC Comics caped crusaders will face off.

The movie follows 2013’s “Man of Steel”, which starred Henry Cavill as Superman and grossed $668 million at the box office. Ben Affleck plays Batman in the upcoming Warner Bros. film.

The latest Batmobile, which has seen several versions in past films and television series, was revealed at the 2015 Licensing Expo in Las Vegas on Tuesday.

Reminiscent of a modern military tank, the inside of the car is adorned with a sleek dashboard and gadgets. Also on display were the film’s costumes for Batman, Superman and Wonder Woman, who is played by Israeli actress Gal Gadot.