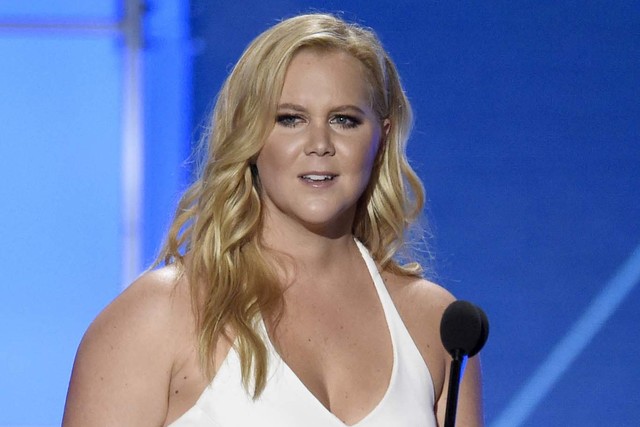 LOS ANGELES — Not everyone at Amy Schumer’s Sunday night stand-up show in Tampa, Fla., was happy that Donald Trump was made the butt of her jokes.

Approximately 200 people — from a 10,000-person crowd — reportedly walked out of Amalie Arena when the comedian began slamming the Republican presidential candidate, describing him as an “orange, sexual-assaulting, fake-college-starting monster,” among other digs.

According to the Tampa Bay Times, the “Inside Amy Schumer” star’s focus turned to politics halfway into her show. Schumer, who said she didn’t understand why people backed Trump, invited a Trump supporter on stage to explain why he was voting for the former reality star. The audience member said he was doing so because he “can’t trust Hillary.”

“Do you get worried at all with how impulsive he is, that he gets so fired up from ‘Saturday Night Live’ doing a skit on him?” Schumer asked, according to the Tampa Bay Times review of the show. “Do you worry he’ll be impulsive and get us in a lot of f—ing trouble we can’t get out of?”

She told security to kick out anyone booing when event-goers began to make noise during the politically-focused set and said anyone upset could leave.

“Of course, we’re in Florida, you’re going to boo,” Schumer said during the show. “I know you’re here to laugh, but you choose how you’re going to live your life, and it’s just too important.”

She later asked victims of sexual assault to stand up.

Schumer, a staunch Clinton supporter, was referring to a slew of sexual assault allegations leveled against Trump over the last week. She helped register voters in Florida earlier in the day while wearing a “feminist for Hillary” button and a “Make America Ferrera Again” T-shirt.

Schumer and her cousin Sen. Chuck Schumer have been advocating for stricter gun-control laws since last summer, when a man opened fire at a screening of her film “Trainwreck” in Lafayette, La., killing two women.

Schumer will take the stage next on Tuesday in New York City at Madison Square Garden.