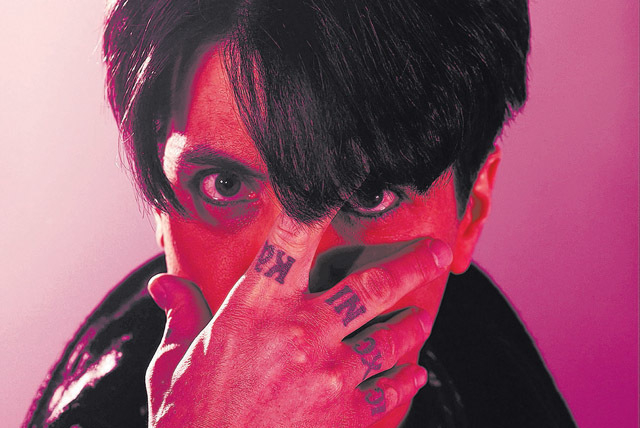 Criss Angel will host “Magicjam” at the Luxor while he recovers from shoulder surgery. (Ramona Rosales/Spike TV)

Criss Angel is turning the setback of shoulder surgery into some good exposure for magicians who don’t share his fame.

The Luxor headliner has been keeping Twitter followers up to speed on the progress of this month’s surgery. Now it’s time, starting Tuesday and running through March, for him to turn “Believe” into a variety format called “Magicjam,” where he will host and even perform a few illusions that don’t involve hanging upside down in a straitjacket.

Some of his guest performers are used to stage-sharing, including “V — The Ultimate Variety Show” regulars Jason Byrne and Russ Merlin, who is not a magician but makes laughs appear from the masks he puts on audience members.

Comedy magician Nathan Burton will run over after headlining his own afternoon show to join the bill that includes the magic of Tony Clark, the mentalism of Banachek and the close-up work of Armando Vera.

And there will be at least one younger face among all these vets, college-age breakout Krystyn Lambert.