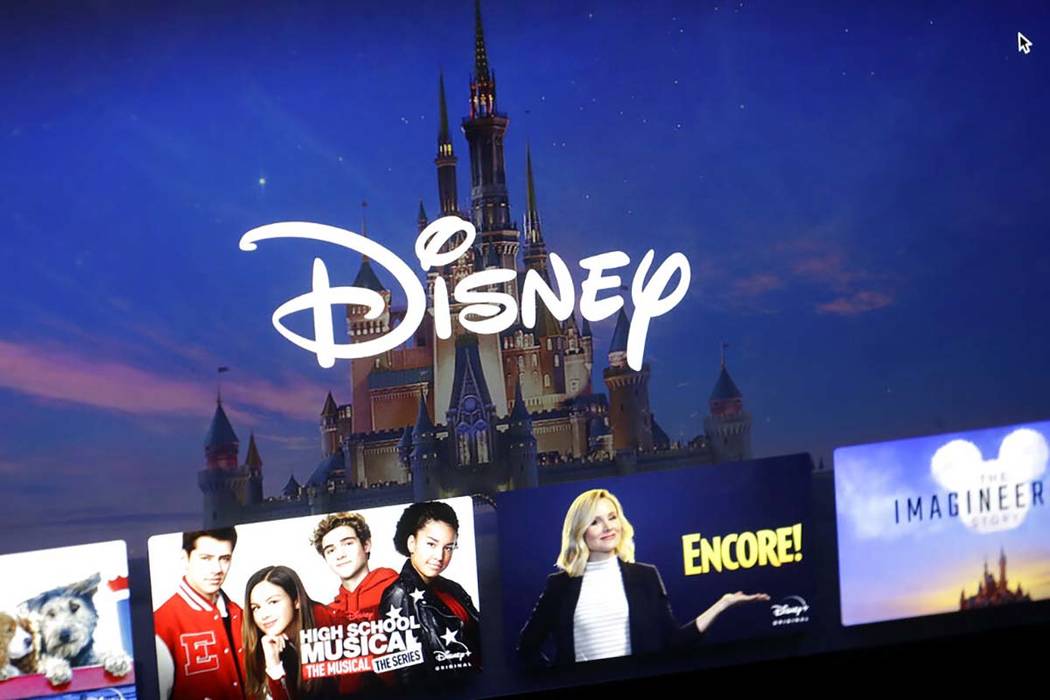 In a Wednesday, Nov. 13, 2019, file photo, a Disney logo forms part of a menu for the Disney Plus movie and entertainment streaming service on a computer screen in Walpole, Mass. Disney Plus says it doesn’t have a security breach, but some users of the new streaming service have been shut out after hackers tried to break into their accounts. (AP Photo/Steven Senne, File)

Disney said Disney Plus account passwords being sold in underground hacking forums are coming from previous breaches at other companies, predating last week’s launch of its streaming service.

The company reiterated Wednesday that it found no evidence of a security breach and that account problems are limited to “a very small percentage of users” of Disney Plus.

Disney and other traditional media companies are trying to capture the subscription revenue now going to Netflix and other streaming giants. Helped by promotions, including a free year for some Verizon customers, Disney Plus attracted 10 million subscribers on its first day.

Despite warnings by security experts, users often reuse passwords at multiple services, meaning a breach at one opens the door for a hacker to gain access to the others.

Users can easily avoid this by using strong passwords that are unique for each service, said Troy Hunt, an Australian security researcher whose “Have I Been Pwned?” website alerts people when their identity information is stolen.

“The Disney situation appears to be yet another credential stuffing attack where hackers exploit a combination of customers reusing passwords and the service provider not providing sufficient defenses to stop it,” Hunt said in an email.

Paul Rohmeyer, a professor at the Stevens Institute of Technology in Hoboken, New Jersey, said he’s surprised that streaming services haven’t yet implemented better security such as multi-factor authentication.

With multi-factor authentication, users must enter a code sent as a text message or email when logging in from a new device. The code helps ensure that people using stolen passwords or guessing them can’t use a service without also having access to the legitimate user’s phone or email account.

Rohmeyer said services may be hesitant to implement tougher security because they don’t want to be seen as more inconvenient than competitors.

Multi-factor authentication is an option for many non-streaming services, including Google, Facebook and Apple, but the extra security must be turned on. Disney Plus does require codes sent by email when changing account passwords, but it doesn’t use them for logging in from new devices.

Multi-factor authentication is harder to implement for services that are shared in households, as multiple users would need access to the same phone or email account. While Disney Plus, Netflix and Hulu let family members create their own profiles, with separate watch lists and preferences, they all share the same username and password. Apple TV Plus gets around this by having each family member sign in with a separate Apple ID.