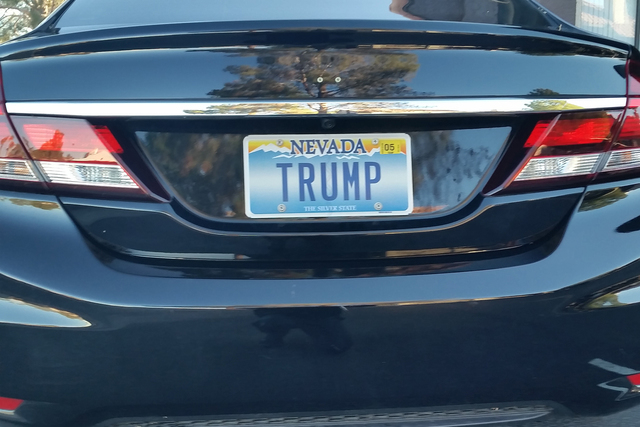 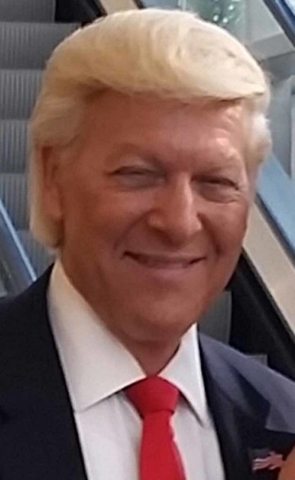 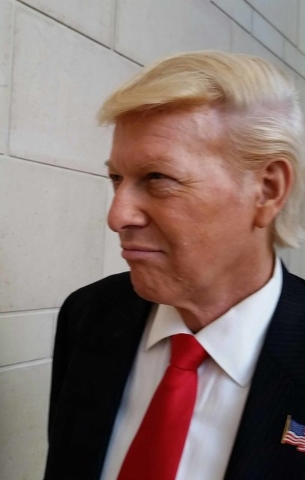 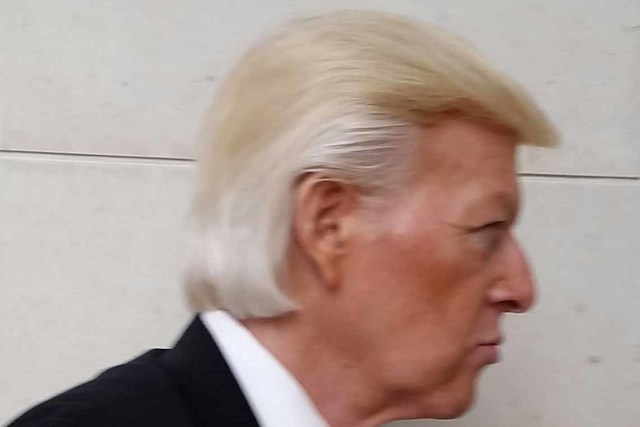 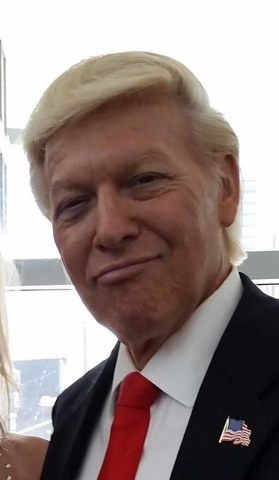 A Donald Trump impersonator said safety concerns kept him home from the Republican National Convention in Cleveland this week.

“Not unless I could be inside the building. And had a death wish,” Robert Ensler said. “There are too many crazies outside.”

Ensler, whose bookings soared since Trump declared he was running for the GOP presidential nomination, said he has reservations about keeping his “Trump” license plates because someone vandalized his car by “keying it” and breaking a taillight.

“I hate changing my plates, but I might have to,” said Ensler, who added he’s “very pro-Trump.”

A California politician refused to attend a chamber of commerce event when he learned the Trump doppelganger would be there, said Ensler, who declined to name the city or politician.

Ensler hasn’t decided if he’ll show up at UNLV for the third and final debate between Trump and presumptive Democratic nominee Hillary Clinton on Oct. 19.

“Jason Bourne” producer Frank Marshall had a confession during the film’s premiere Monday at the Colosseum at Caesars Palace: He sent roses to Jennifer Lopez in January.

He told the audience a traffic problem caused by setting up a chase scene for “Bourne” delayed the opening of Lopez’s show at Planet Hollywood.

He apologized with roses.

Maggie Mancuso, who played hillbilly character Charlene Darling on “The Andy Griffith Show” in the 1960s, is teaming with stand-up comedian Ronnie Schell in “Love Letters” on Sunday at the Starbright Theater, 2215 Thomas W. Ryan Blvd., in Summerlin. Schell also appeared on “The Andy Griffith Show” and the spinoff, “Gomer Pyle: USMC.” The two-person play is about childhood friends who continue a lifelong correspondence. Tickets are $20.

July 21, 1984: Jay Sarno dies at 62. The lifelong gambler who built Caesars Palace, bringing the fantasyland theme to Las Vegas, then built Circus Circus to bring the family-friendly theme to town, had sold both hotels but was on a casino outing when he suffered a heart attack at Caesars Palace.

“There was drama this afternoon as the Stop Trump movement tried to change the rules so they wouldn’t be forced to vote for Trump on the first ballot, and when that was unsuccessful, the delegates from Colorado just walked out. And look at what time the Colorado delegates walked out — 4:20, my friends! This is the perfect time to walk out. They might not have been mad. They might have been a little snacky.” — Stephen Colbert

Norm Clarke can be reached at 702-383-0244 or norm@reviewjournal.com. Find more online at www.normclarke.com. On Twitter: @Norm_Clarke