5 Movie Cliches You're Sick of Seeing 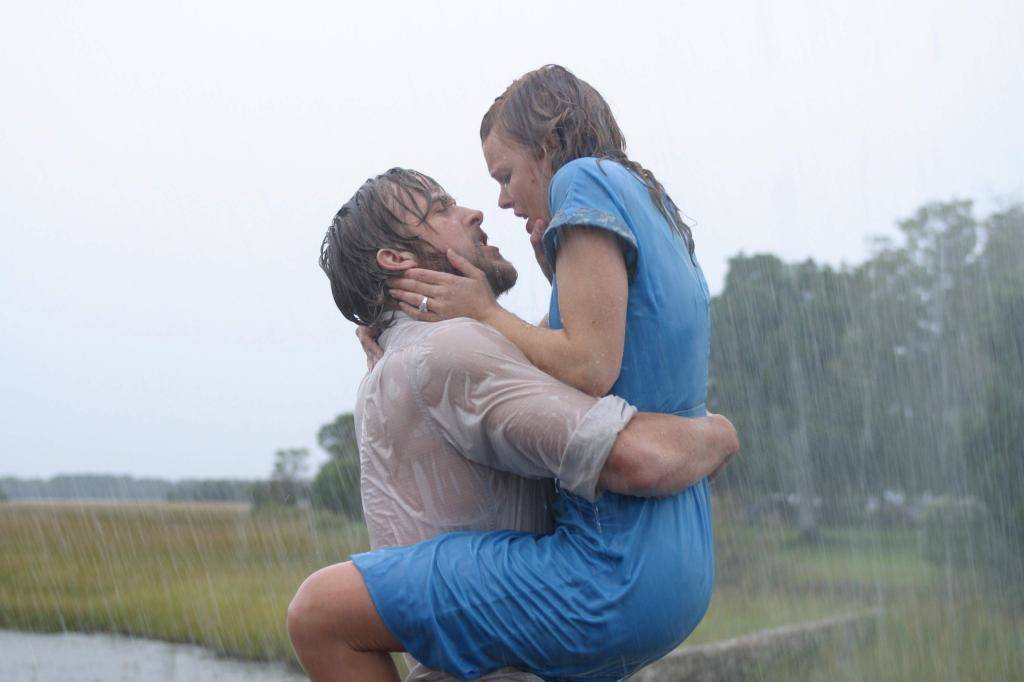 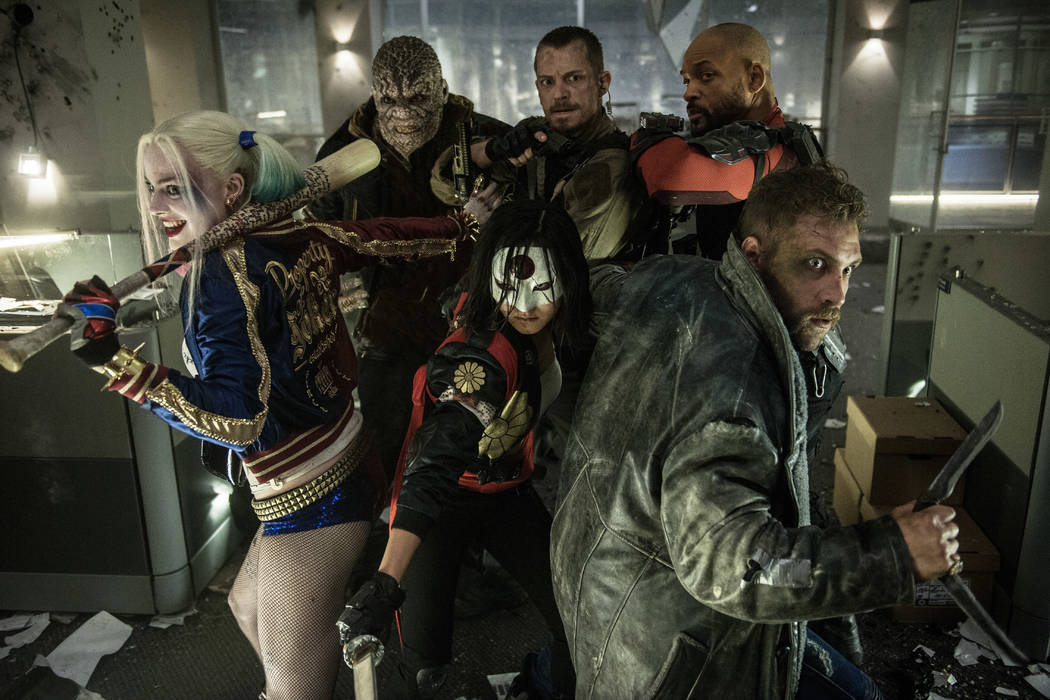 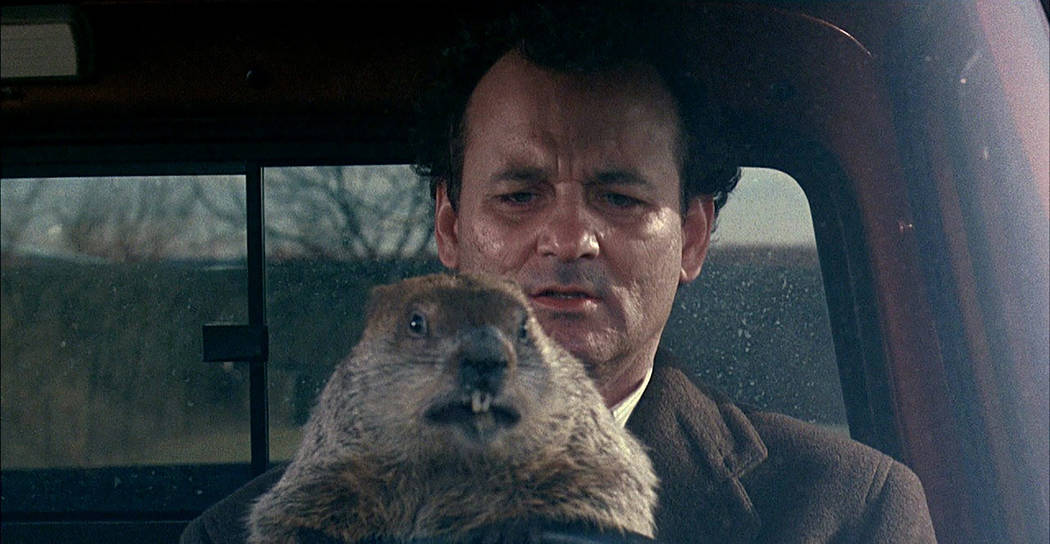 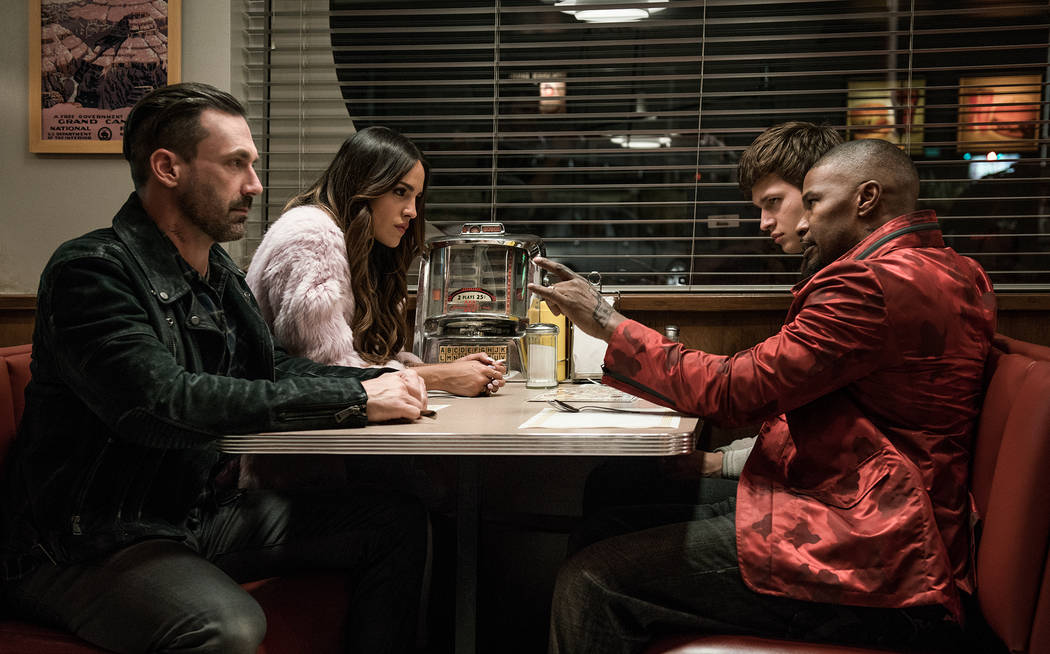 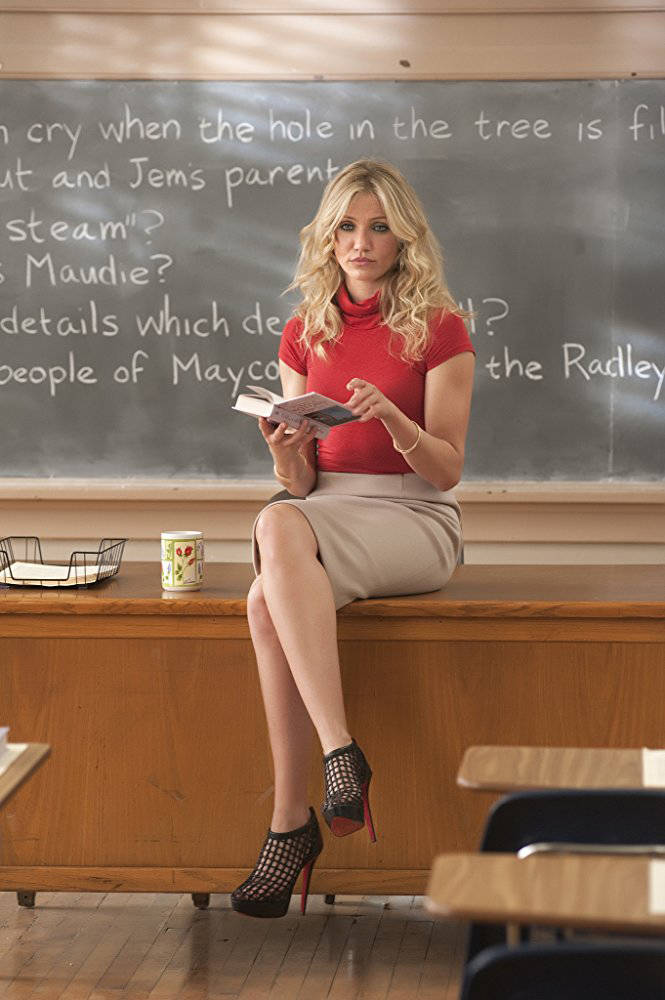 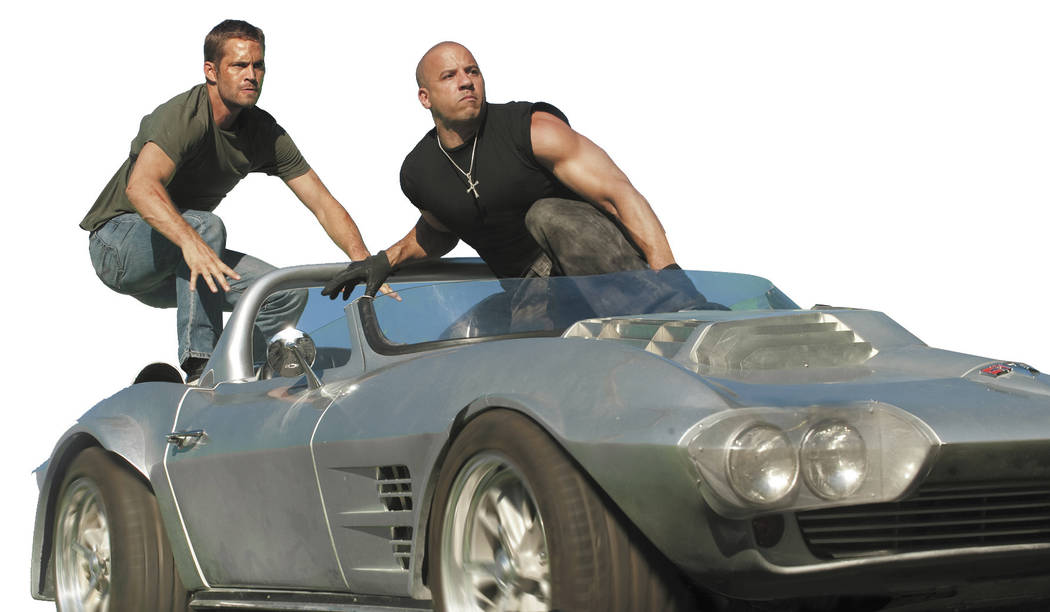 (L to R) Brian O'Conner (PAUL WALKER) and Dom Toretto (VIN DIESEL) in a reunion of returning all-stars from every chapter of the explosive franchise built on speed--&quot;Fast Five&quot;. 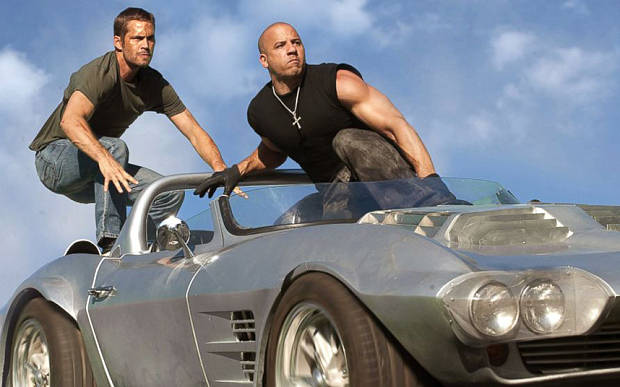 Brian O'Conner (Paul Walker) and Dom Toretto (Vin Diesel) in a reunion of returning all-stars from every chapter of the explosive franchise built on speed "Fast Five." 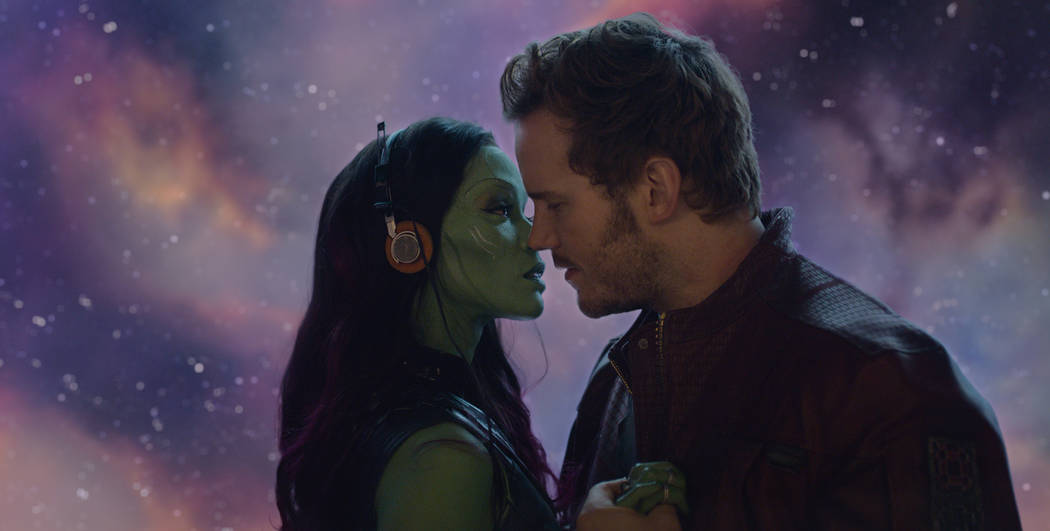 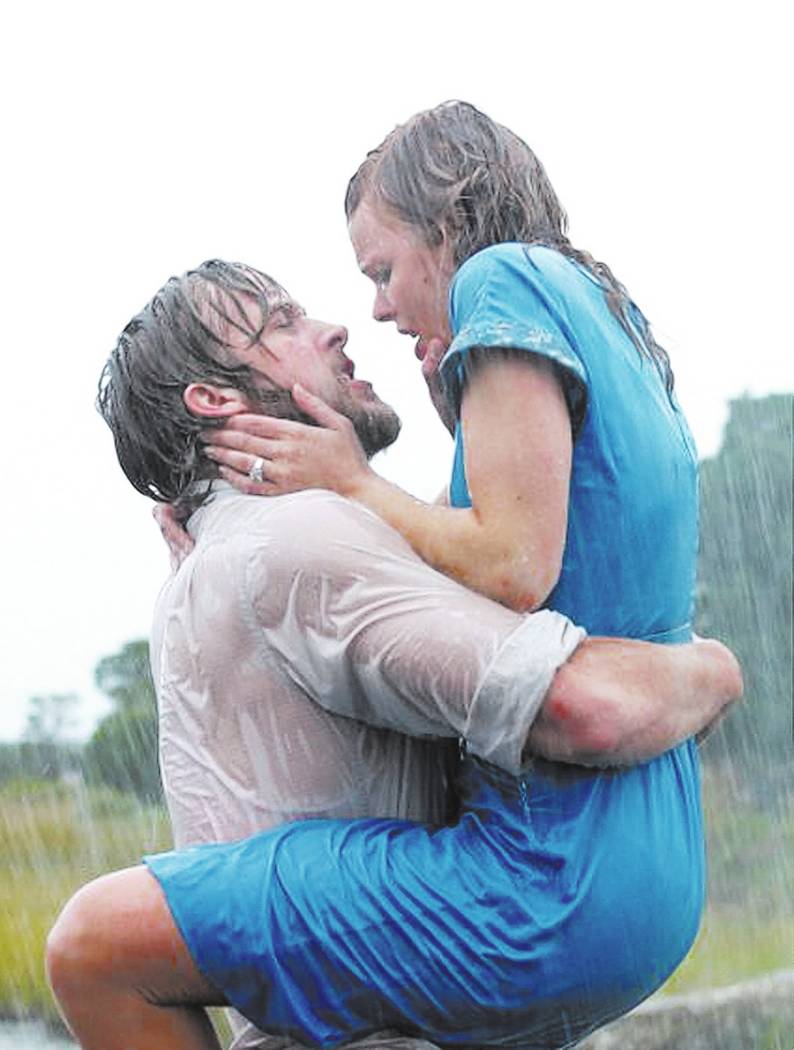 In “Groundhog Day,” weatherman Phil Connors (Bill Murray) is forced to see the same scenes over and over because he’s stuck in a time loop on Feb. 2.

As a movie critic, I’m forced to see the same scenes over and over, because Hollywood loves a cliche.

You know them when you see them. The plain girl who removes her glasses, shakes out her ponytail and becomes stunning. The heroes who walk away expressionless from an explosion, usually in slow motion. The fact that there’s always a parking space available directly in front of the building being visited.

In celebration of Groundhog Day, and the 25th anniversary of “Groundhog Day,” here are some of my favorite movie cliches:

■ Most automobiles are left unlocked with the keys on top of the visor.

■ In the rare instance one is locked, you can break the driver’s side window and drive for hours without ever wincing from all the broken glass you’re sitting on.

■ Everyone knows how to hotwire a car.

■ You will never notice the large man hiding in your back seat.

■ When running for your life, you will trip.

■ Pretty much anyone, regardless of their size or shape, has the upper-body strength to not only hang from the ledge of a building, but to pull themselves up and over that ledge.

■ You can survive almost any fall, so long as you remember to roll.

■ If rolling isn’t an option, aim for a dumpster, which never, ever will contain anything pointy.

■ Large sums of cash are only transported in expensive briefcases.

■ Lawn sprinklers are automatically activated whenever someone gets his heart broken.

■ If a character has asthma, he will misplace his inhaler at the worst possible moment.

■ If a small amount of blood is needed, whether for an oath or an incantation, it will be obtained by slicing open the palm, which takes forever to heal and hinders basically everything.

■ If you have red hair, someone will call you Red.

■ If you have freckles, someone will call you Freckles.

■ If you are taller than 6 feet 4 inches or weigh more than 350 pounds, someone will call you Tiny.

■ During the Vietnam War, American servicemen were only allowed to listen to “Fortunate Son,” “Gimme Shelter” and “Spirit in the Sky.”

■ Arguments or moments of grief that begin with a woman pounding on a man’s chest with both fists will end in a passionate kiss.

■ Romantic evenings require between 150 and 300 candles, depending on the size of the room.

■ Women who’ve just had marathon sex sessions will pull the sheet completely off the bed to cover themselves when they leave the bed.

■ If you have a one-night stand shortly before starting a new job, the person you slept with will turn out to be a co-worker, your boss or your boss’ spouse.

■ In any given fight, the hero will withstand up to 100 haymakers straight to the face.

■ Those punches almost always sound like doors being slammed.

■ Being hit in the head with bottles, chairs or fire extinguishers leaves no recognizable damage.

■ You can judge a fight’s brutality by how many times blood spatters on the camera lens.

■ A shotgun blast will knock its victim backward anywhere from 10 to 50 feet while the shooter remains upright, regardless of Newton’s Third Law of Motion.

■ During any struggle with a killer, there will be a gun just out of reach.

■ Overturned coffee tables will stop a hail of gunfire.

■ If, during the course of that car chase, a participant is forced to drive on a sidewalk, he’ll only knock over fruit stands and disrupt a few alfresco diners.

■ Cops are only capable of running a block before being winded or countless miles without being winded. There’s no middle ground.

■ If that cop is Mel Gibson’s Martin Riggs from the “Lethal Weapon” movies, he can run fast enough to keep up with traffic.

■ Speeding cars are ridiculously easy to hold onto, especially if you’ve just jumped on top of one from another speeding vehicle.

■ In any chase involving dozens of police cars, at least three of them will flip wildly for no discernible reason.

■ Whenever someone is handcuffed or tied to a chair, odds are it will be wooden and very poorly constructed.

■ Complex problems can never be solved without someone telling a completely unrelated story until the disinterested hero utters, “Wait. Say that again.”

■ Any bit of information in the known universe can be obtained by slipping a bartender 20 bucks.

■ That bartender is almost never busy.

■ If you’re the only person with vital information that’s too sensitive to say over a telephone, on your way to relay that information in person, your car will be broadsided. Often by a garbage truck. Always just after you’ve breathed a sigh of relief.

■ Trips to the grocery yield one perfectly straight paper sack with a carton of eggs and some sort of produce peeking out the top instead of a dozen tiny plastic bags that constantly disgorge their contents.

■ The easiest way to win the big game is to rely on the least talented player, especially if that player is only in the game because the team captain is injured.

■ In any neighborhood, the least responsible, most sexually active teenager is the babysitter.

■ At least one person in any situation will know Morse Code.

■ At any cemetery, there’s always a full moon — and, usually, fog.

■ All public restrooms have windows just barely big enough to escape through.

■ All private bathrooms are hermetically sealed so that if the water is left running in the bathtub, it will pool up until someone opens the door, causing it to come flooding out.

■ At any wedding, there’s a better than average chance one of the participants won’t show up, someone will publicly declare their love for the bride or groom, or someone will fall into the cake.

■ If there’s a gift, the box and the lid will be wrapped separately to eliminate the need for any messy unwrapping.

■ At some point, every parent unconvincingly calls their child “Kiddo.”

■ Half the people in any diner are having clandestine meetings, about to rob said diner, or both.

■ Regardless of their intent, all diner customers will have a cup of coffee and a slice of pie.

■ There’s no such thing as a diner waiter.

■ All motel managers are surly.

■ All hotel managers are snooty.

■ If a doctor screams, “Don’t you die on me, not today!” with enough passion, the patient will not die — at least not today.

■ During any legal proceeding, one of the attorneys will be trying his first case or be woefully corrupt.

■ Female teachers are either elderly or inappropriately sexy. Male teachers come in all varieties.

■ You can get inside any building as long as you’re dressed as a flower delivery person.

■ Ninety-eight percent of all bank robberies are announced by shooting a gun at the ceiling.

■ In every robbery crew, one member is dangerously unstable.

■ The more diabolical the villain, the more dramatic his death.

■ A character is forced to see the same scenes over and over because he’s stuck in a time loop. (Thanks, “Groundhog Day.”)