It was the universe’s single greatest concentration of hairspray and spandex — with the possible exception of David Lee Roth’s tour bus.

Beginning Friday, it’s being immortalized in the Netflix comedy “GLOW.”

Despite a flurry of interest when Wendi Richter teamed with Cyndi Lauper at the height of MTV’s popularity, by the beginning of 1986, if you thought about women’s wrestling at all, it was either the WWF’s 63-year-old champion, The Fabulous Moolah, or the John Candy-in-the-mud scene from “Stripes.”

Then came “GLOW: Gorgeous Ladies of Wrestling,” a syndicated hour of big hair and small costumes that wouldn’t have felt at home anywhere but Las Vegas. The series borrowed the city’s glitzy reputation to make up for its lack of production values, and it tapped the tightness of the community to find several of its wrestlers.

“GLOW’s” financial backer, Meshulam Riklis, used each episode to showcase three of his largest holdings. The series was filmed all over the Riviera — the cast even lived there for the first two seasons — while the mat bore the logos of his Brut and Faberge.

As for the talent, Lauri S. Thompson was the lead dancer in “Folies Bergere” when she became “GLOW’s” resident cheerleader, Susie Spirit. She brought in fellow dancer Lori Palmer, the daughter of her “Folies” costumer, to portray the Russian villain, Ninotchka. Told she needed a partner because “cheerleaders don’t come in ones,” Thompson recruited Ann LaBree, a gymnast in “Folies,” as Debbie Debutante. LaBree, in turn, reached out to her childhood friend and fellow Chaparral High grad Dawn Maestas to become the British sensation Godiva.

The local women became a part of one of the strangest series TV has ever seen.

Pitting The Good Girls against The Bad Girls, “GLOW” clearly was aimed at children, many of whom could be found ringside each week at the Riviera. Yet after a match featuring, say, Tiffany Mellon or Jailbait, the show would cut away to a sketch such as the recurring one in which a “GLOW” girl would visit the offices of the show’s resident gynecologists, plastic surgeons and psychiatrists, Drs. Fiel and Grope. 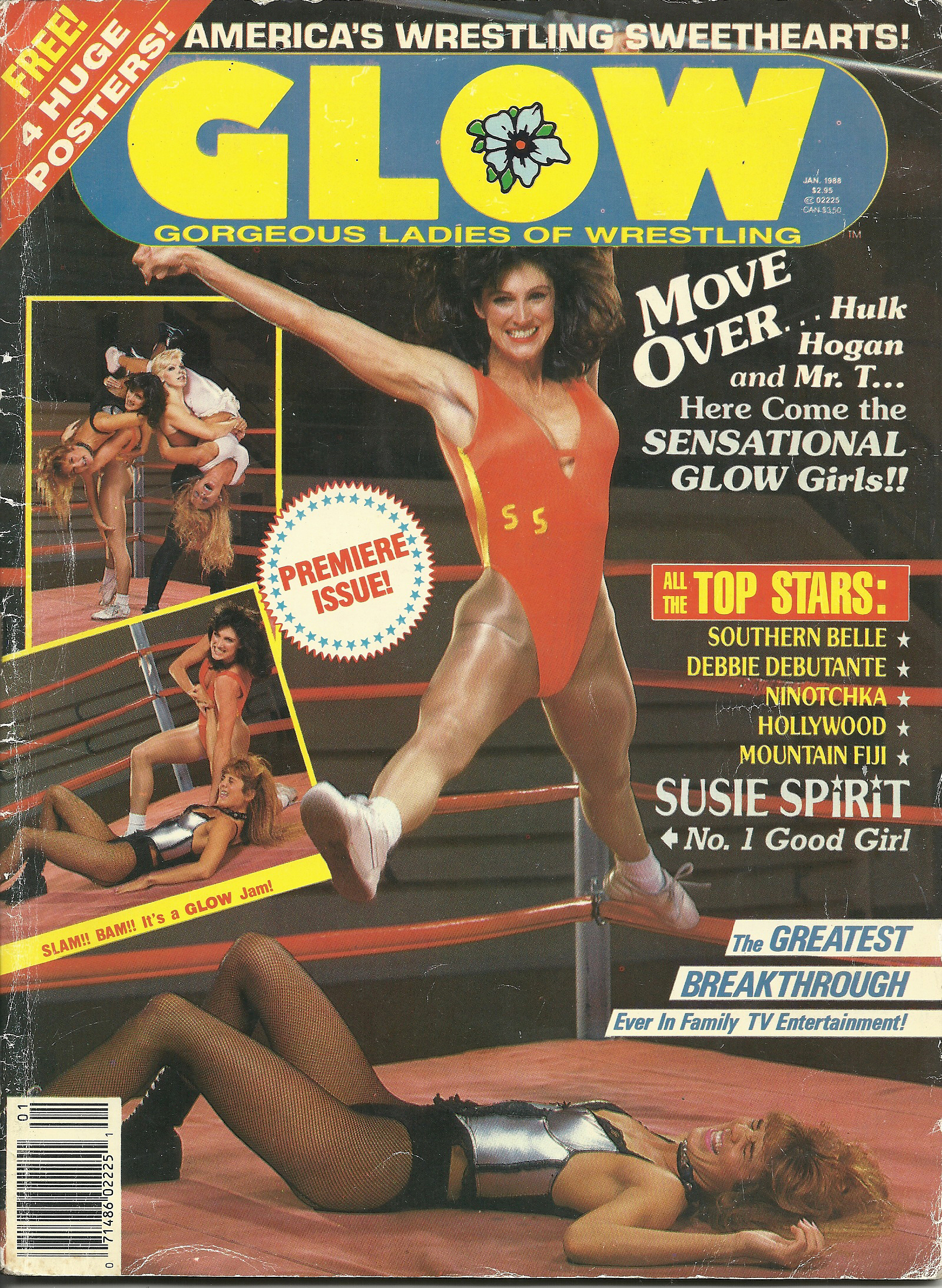 The result was like a hornier version of “Hee Haw” — if Roy Clark occasionally hit Grandpa Jones with a chair.

Then there was the rapping. Sweet Sugarhill Gang, that rapping. Inspired by the success of the Chicago Bears’ “The Super Bowl Shuffle” earlier that year, each wrestler rapped her own lyrics over the show’s single music track. (Sample verse: “Americana is my name / I fight for love and I fight for fame / I like to win for the glory / But I gotta fight clean ’cause that’s my story.”)

Whether it was the novelty, the simplicity or the sex appeal, viewers from elementary schools to prisons couldn’t get enough. Before long, “GLOW” girls were turning up on everything from talk shows (“Donohue,” “The Sally Jessy Raphael Show”) to game shows (“Family Feud,” “Card Sharks”) to fellow boundary-pusher “Married … with Children.”

Then, nearly as quickly as it took off in the ratings, “GLOW” was gone. Without warning, Riklis closed his checkbook after Season 4 ended in 1990. The ladies never even got a chance to tell each other goodbye.

The Netflix comedy based on the struggles of the show’s original wrestlers is set in Los Angeles. But make no mistake, for four years, the Riviera was the epicenter of some of the weirdest, wackiest wrestling the world had ever seen.