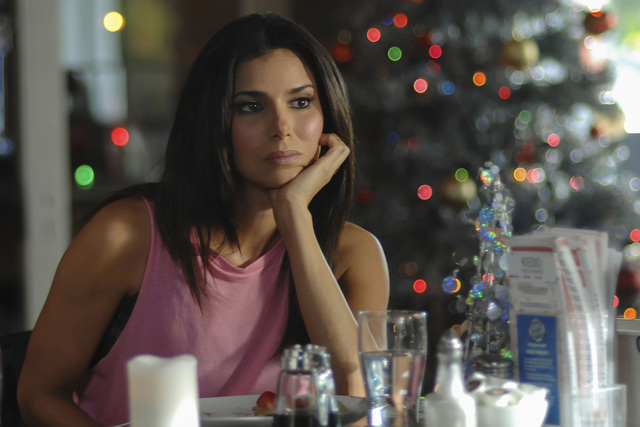 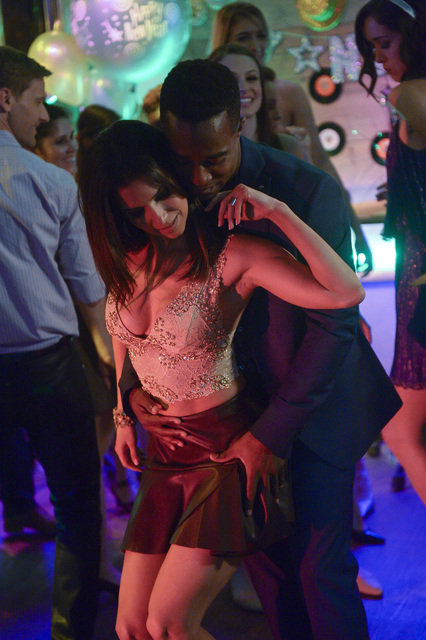 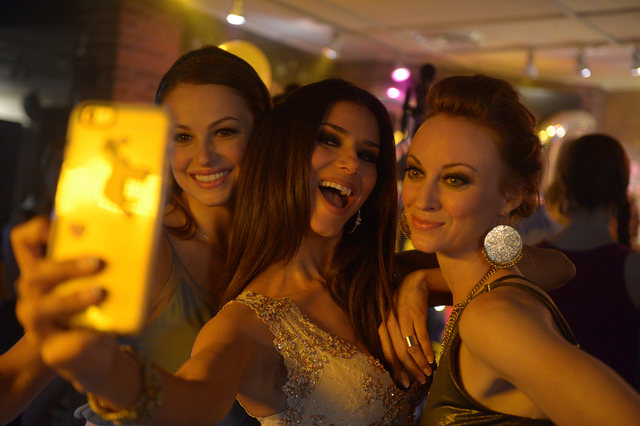 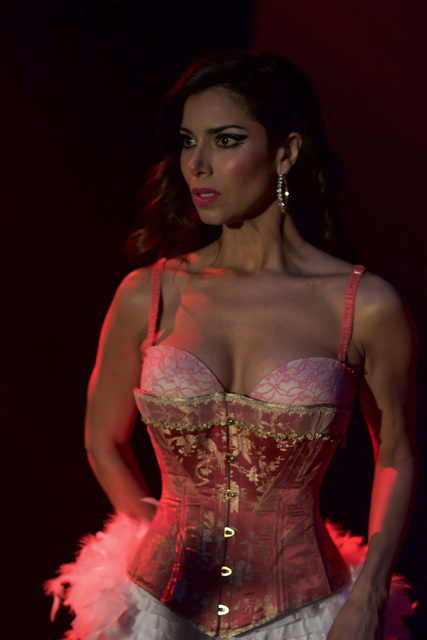 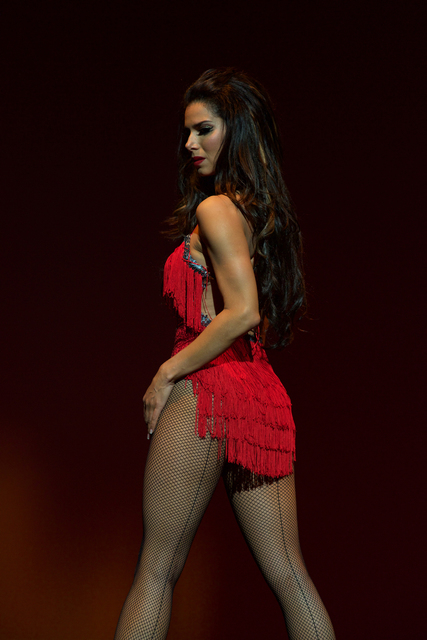 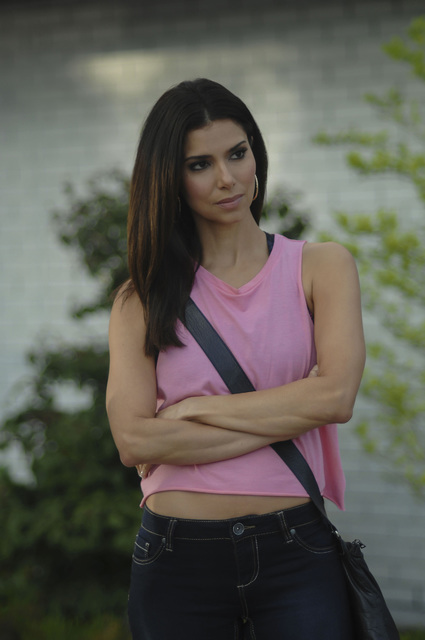 The actress says she also heard from Flores Narvaez herself.

A week before she began shooting the movie, Sanchez taped an episode of E!’s clairvoyant series, “Hollywood Medium With Tyler Henry.” She insists there’s no way Henry could have known about the project, which hadn’t yet been announced for legal reasons.

“She took over the reading,” Sanchez says of Flores Narvaez, “and it was unbelievable how adamant she was about letting me know that she was dancing in heaven, basically, that this was happening, that I was going to be able to tell her story.

Flores Narvaez was about to get her big break with a solo number in “Fantasy” at Luxor when she went missing Dec. 12, 2010. After a nearly monthlong search that attracted national attention, her dismembered body was found in two concrete-filled tubs.

Jason “Blu” Griffith, a dancer in Cirque du Soleil’s “Love” with whom Flores Narvaez had a turbulent yearlong relationship, was eventually sentenced to 10 years to life in prison for her murder.

“I remember when it happened in 2010,” Sanchez says, “because it was such a nationwide case. … So fast-forward to two years ago, when I get this email from the authors of the book saying we want you to read this book. Her family says you remind them of their daughter.”

It didn’t take long for Sanchez (“Without a Trace”) to buy the rights to “Dancing on Her Grave: The Murder of a Las Vegas Showgirl” by Diana Montane and Carolina Sarassa and begin the process of bringing it to the screen.

“We sat down, and we met for hours. And I let her know that it was very important for me to have (the family’s) blessing,” Sanchez says. “That I wanted to really represent her properly. … It was a lovely meeting, and to this day, we’re in touch. And I hope to God that they’re happy when they see the movie.”

Because “Death of a Vegas Showgirl” was being filmed while Griffith was appealing his conviction, Sanchez and the rest of the producers had plenty of legal hurdles to clear.

“We had to be very impartial,” she says. “We present four ways, because there’s four different stories of what happened the night that he killed her. So we show every single one of those moments, and it’s up to the audience to decide what they think really happened.”

One of those theories is that Griffith was acting in self-defense. And “Death of a Vegas Showgirl” does show Flores Narvaez acting increasingly erratically. She slashes Griffith’s tires and texts him relentlessly, including from outside his house, even though it’s clear he wanted nothing more to do with her at that point.

“Of course, I’m biased,” Sanchez admits. “To me, I believe that it wasn’t self-defense. I believe that he lost his (mind), and he killed her. And what he did after that was absolutely horrific.”

“Fantasy” was rebranded as “Rendezvous” in the movie, yet the version sent to critics still referenced Cirque du Soleil and “Love.”

“Even shooting the Luxor exteriors, we have to be really careful with the amount of time the camera stays on the actual structure of the hotel,” Sanchez says. For legal reasons, they weren’t even allowed to cast actors that looked like many of their real-life counterparts. “But the core and the essence of the whole thing is there,” she insists.

Another of what Sanchez calls “creative liberties” was in elevating the relationship between Flores Narvaez and her roommate (Fiona Vroom). Celeste told Sanchez that the two weren’t that close, but in the movie, the two are best friends always looking out for each other.

“Debbie, I love you. But sometimes you date the wrong type of guys,” the roommate, Roxie, says of Griffith. “This guy, he’s just on a no-fly list. I think you should avoid him.” Later, Roxie observes, “She is obsessively fixated on him.”

Despite her sometimes unstable behavior, Sanchez wants viewers to see only the good in the late dancer. She also hopes to show that anyone is capable of falling victim to this type of relationship.

“To me, the most important part was that I want people to fall in love with her, to know that under no circumstances she deserved what he did,” Sanchez says. “That this was a girl, full of life. Young, beautiful, talented, super educated. She had three degrees. It’s complete nonsense when you have these young girls getting involved in dysfunctional, toxic relationships, and they just can’t get out of it.”

And, in part, the actress sees “Death of a Vegas Showgirl” as a type of public service message.

“If it touches one life, one girl that’s going through a bad relationship and understands, ‘Let me get out of this before he kills me,’ if we can save one girl, I’ll be happy.”