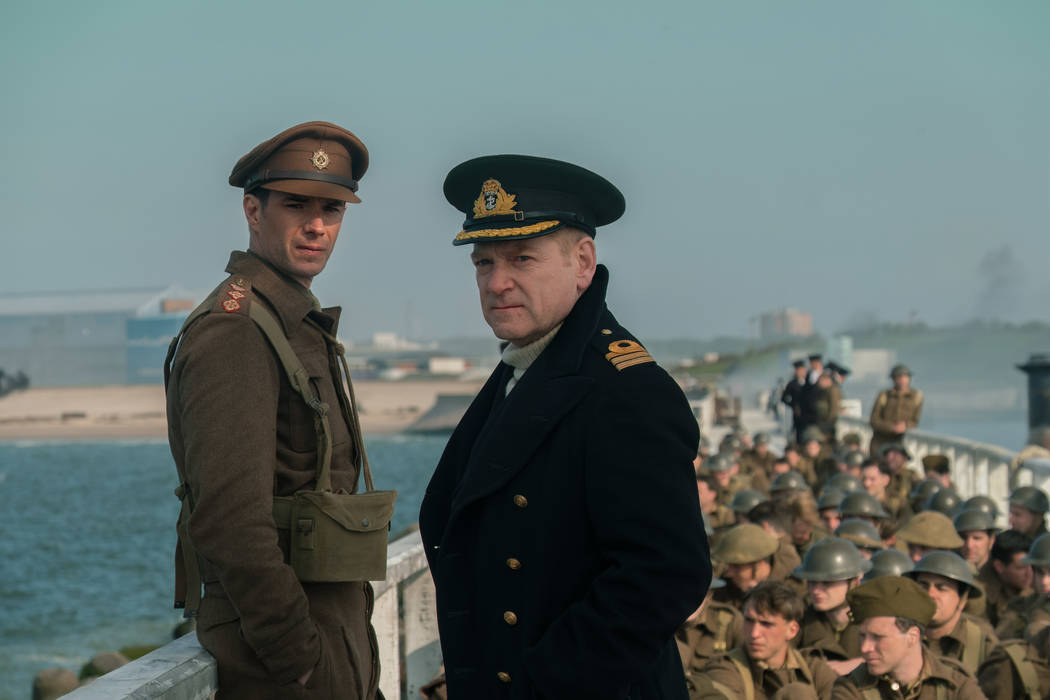 It’s turning out to be a great summer for getting tween girls interested in historical war movies.

They came out in droves for “Wonder Woman,” which is set during World War I. And if you’re wondering why they’re clamoring for “Dunkirk,” writer-director Christopher Nolan’s stylish, relentless struggle that takes place during the early days of World War II, I’ve got two words for ya: Harry Styles.

The One Direction singer makes his acting debut as one of the nearly 400,000 British and French soldiers driven back by the Germans to the beach of Dunkirk, France, just 26 miles from the safety of England. They can practically see it from there. But those 26 miles might as well be 26,000.

Lined up on that beach waiting for transport, they’re ripe pickings for the German bombers who manage to sink virtually every ship that comes their way. Things are so bad, the British military has all but given up on them, deciding to save its resources for the battles ahead.

To help avoid viewer confusion, “Dunkirk” is basically three overlapping movies, each with its own time frame.

“The Mole” refers not to a spy but the 8-foot-wide pier on which the soldiers wedge themselves awaiting the next transport. It covers the weeklong misery of those trapped at Dunkirk and is anchored by Styles, newcomer Fionn Whitehead and Aneurin Barnard (“The White Queen”). As Commander Bolton, the naval officer in charge of the mole, Kenneth Branagh spends most of his time staring sternly into the distance.

“The Sea” chronicles the daylong journey of the “little ships,” the hundreds of yachts, pleasure boats and pretty much anything else that could float that answered the military’s call. Manned by everyday Britons rushing into battle, doing their part for King and country to bring their boys home, they’re the best hope of clearing the beaches. Oscar winner Mark Rylance is our entree into what was known as Operation Dynamo, as his Mr. Anderson sails his small wooden yacht across the English Channel and into the line of fire.

“The Air,” meanwhile, focuses on the hourlong battle between Royal Air Force Spitfires and the Luftwaffe planes that are attacking the escaping men and the boats below. Nolan regular Tom Hardy portrays the senior RAF pilot, and his oxygen mask gives the actor (“Mad Max: Fury Road,” “The Dark Knight Rises’ ” Bane) yet another chance to partially obscure his face throughout most of his screen time. If I looked like Hardy, I wouldn’t so much as wear sunglasses. But, hey, whatever makes him happy.

The presence of recognizable actors such as Rylance, Hardy and Cillian Murphy, another Nolan favorite who portrays a shell-shocked survivor of a torpedoed ship, goes a long way in a movie that’s short on character development. That’s largely because there’s barely any time. Clocking in at 106 minutes, it’s by far Nolan’s shortest movie. It’s a full hour less than “Interstellar” and “The Dark Knight Rises” and a good 45 minutes shorter than “Inception” and “The Dark Knight.”

“Dunkirk’s” relatively brief running time, though, means there’s rarely a dull moment. Viewers are thrust into the action, and like many of the soldiers, they’re left on their own to sink or swim.

The events at Dunkirk are the stuff of legend in England. Hardy’s father was there. And, in the name of authenticity, Nolan shot on the actual beach and even was able to use a dozen of the little ships that made the real journey.

On this side of the pond, though, the story isn’t as familiar, meaning there’s still plenty of room for surprises — especially just how harrowing the rescue effort was. At some point, almost every character in “Dunkirk” spends time under the sea. (You know who doesn’t? Aquaman in the “Justice League” trailer that precedes it. Go figure.)

As it bounces between its rousing stories, “Dunkirk” is the rare war movie that’s a thing of beauty, thanks to the cinematography of Hoyte van Hoytema (“Interstellar”).

It’s also nearly as much of an incredible achievement as the rescue itself.