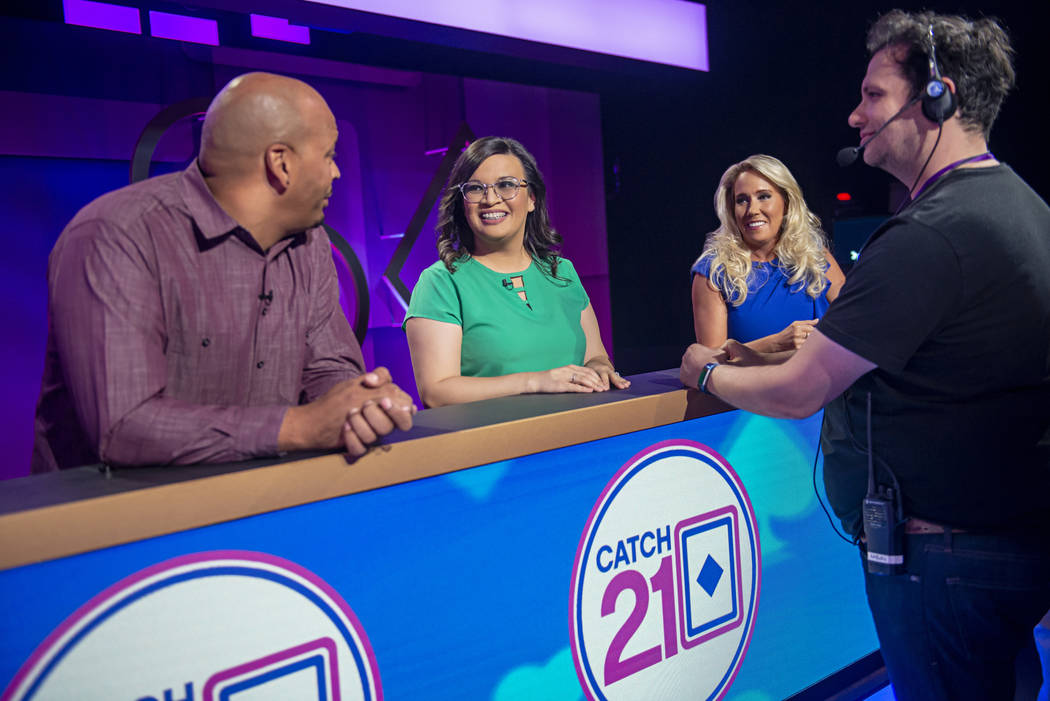 Contestants wait for production to begin on an episode of the game show "Catch 21," filmed at Caesars Entertainment Studios in Las Vegas. (Game Show Network) 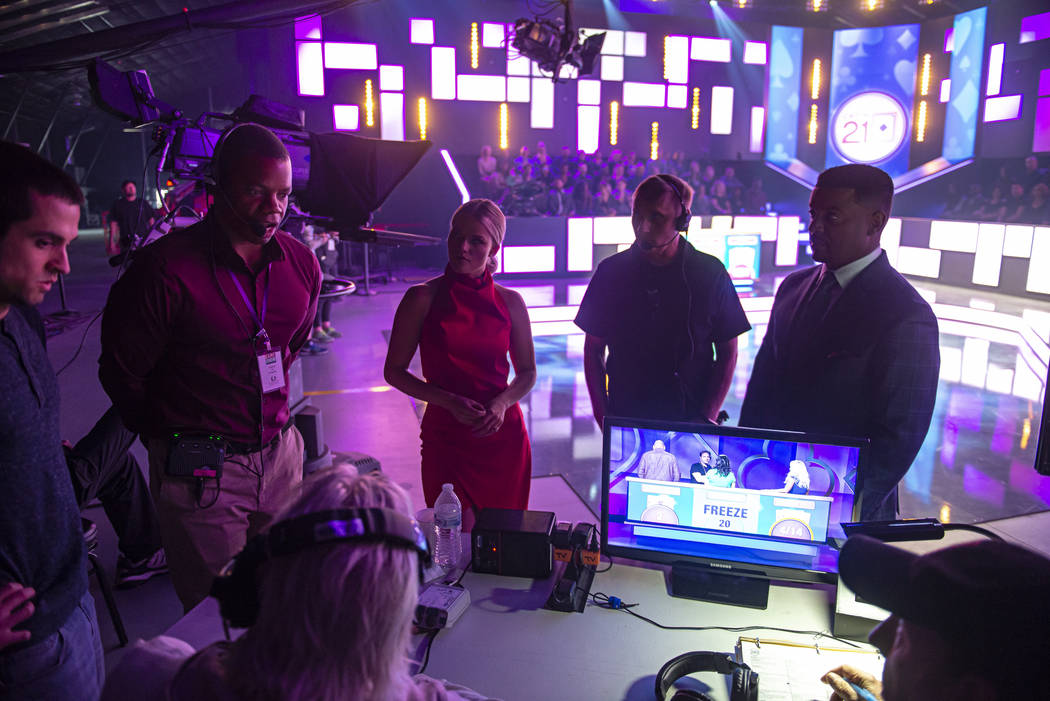 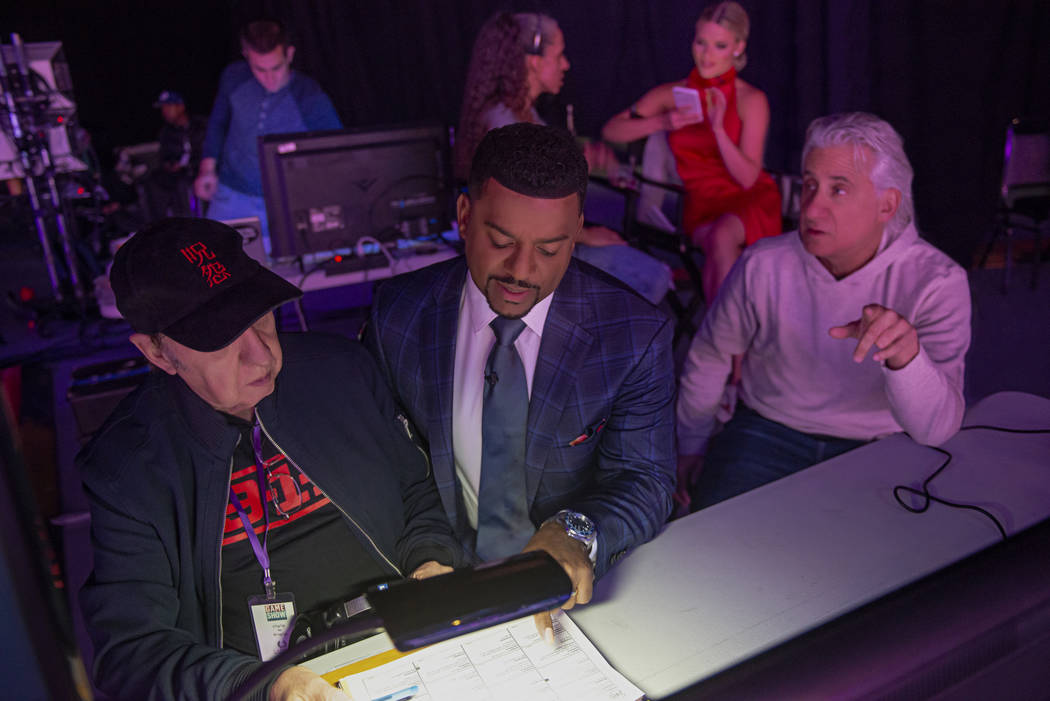 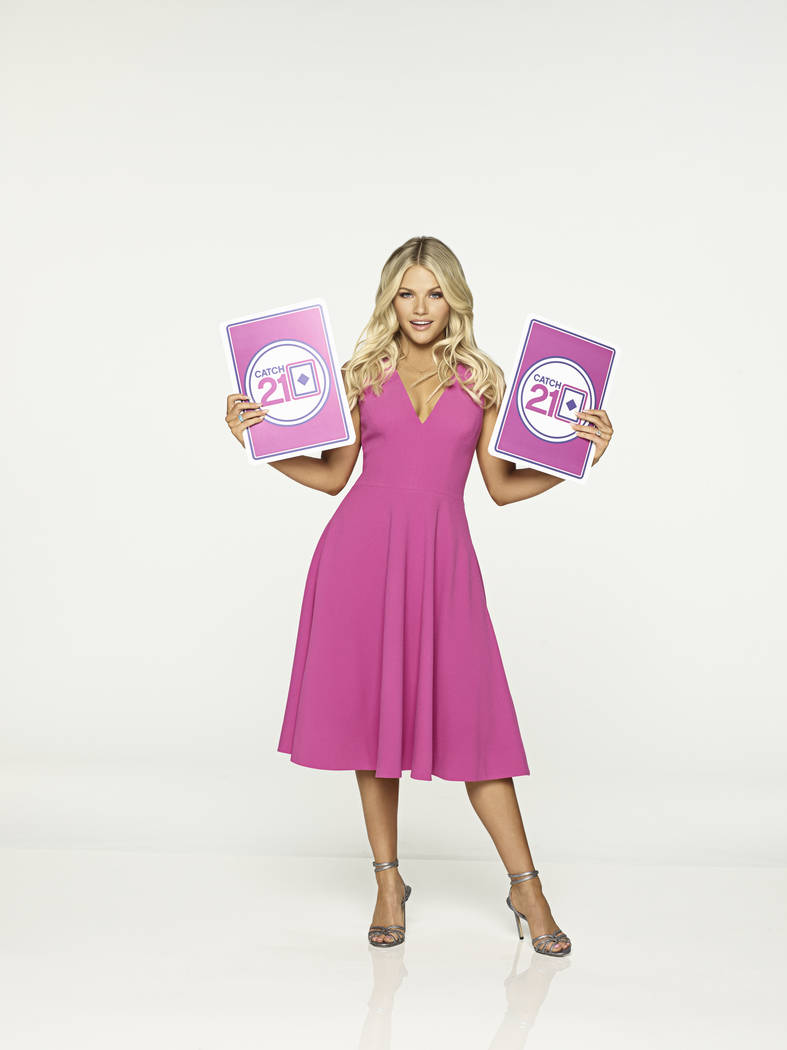 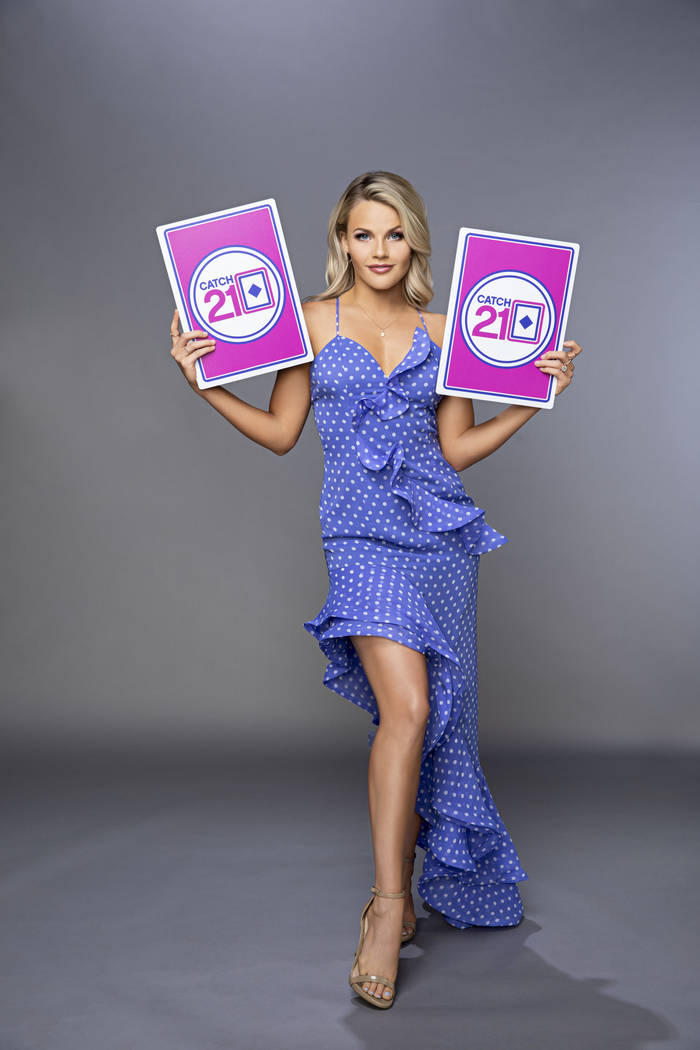 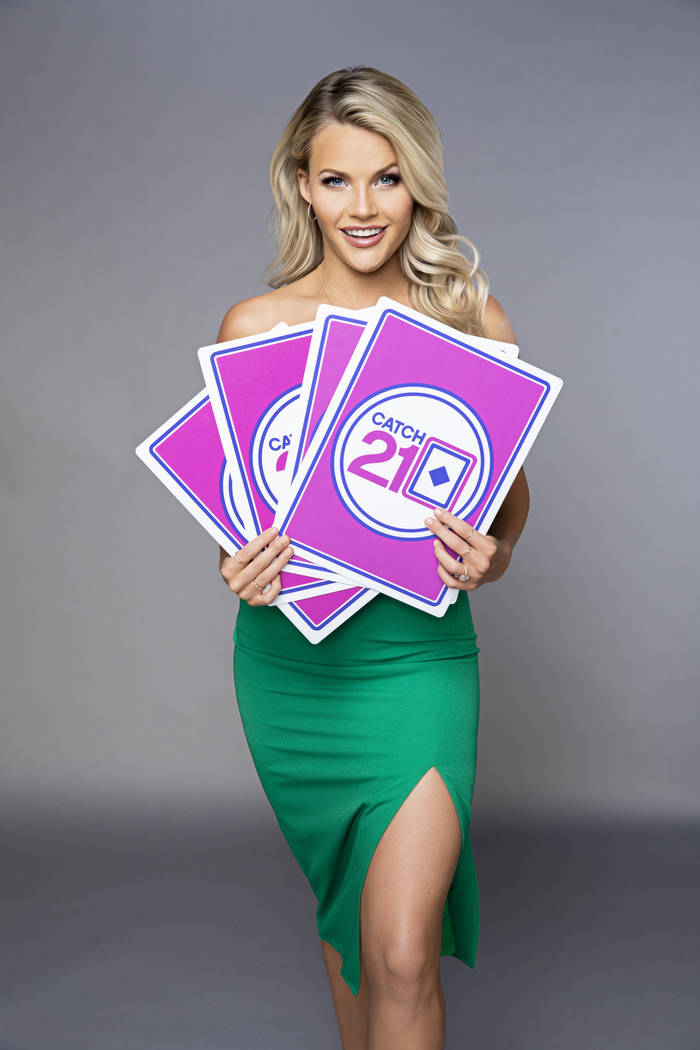 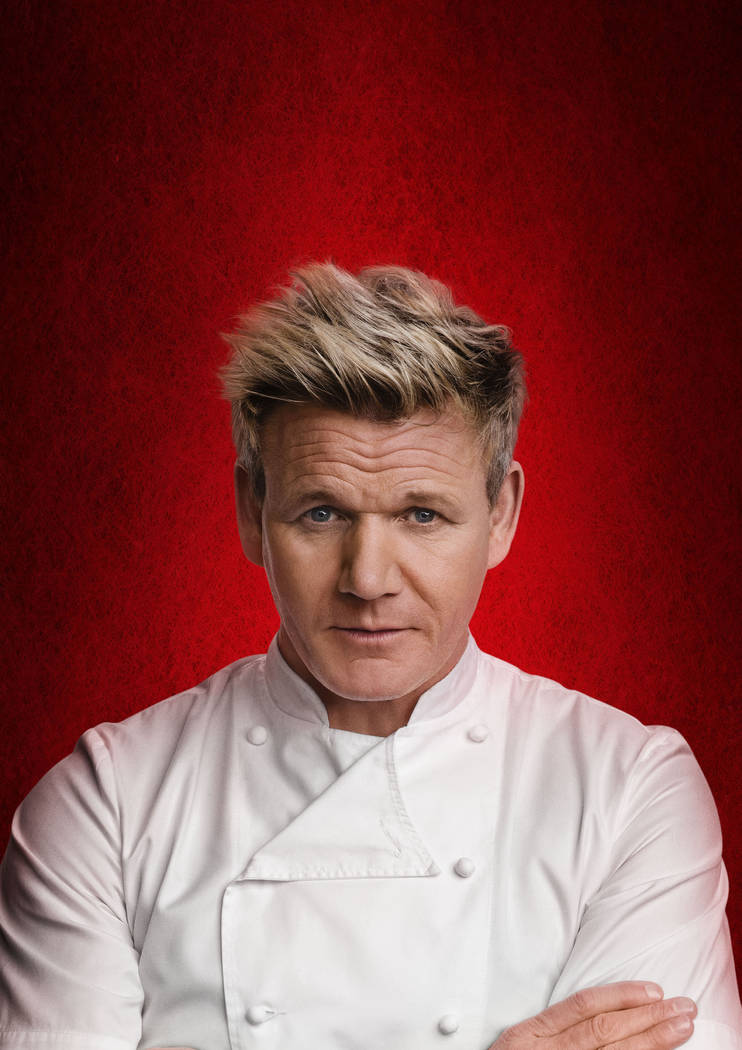 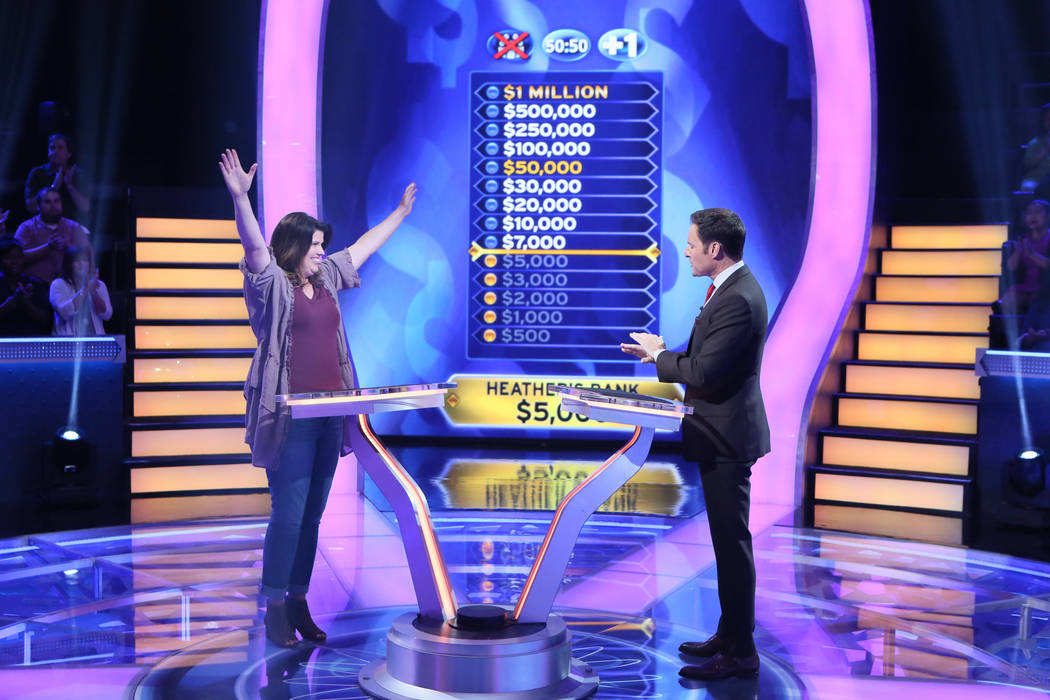 A photo from the production of "Who Wants To Be A Millionaire" on July 11, 2017, in Las Vegas, Nevada, with host Chris Harrison. (Ronda Churchill/Disney/ABC Home Entertainment and TV Distribution)

The new game show “Catch 21” was a natural fit to film in Las Vegas.

Not because of its blackjack tie-in — contestants answer trivia questions in exchange for playing cards they hope will add up to 21 — but because Game Show Network executives found so much of what they needed here, the city was able to overcome the more generous tax credits available in other states.

Georgia, one of the locations that had been in consideration to host “Catch 21,” offers a production credit of up to 30 percent, while Nevada’s program is capped at 20 percent. Producers could hire more of the specialized crew members they needed in Las Vegas, though, and the city’s proximity to Los Angeles meant lower travel costs for those workers who were brought in.

“Getting Los Angeles people to go out of town, if you say, ‘Yeah, we’re going to send you to Georgia for a month,’ it’s different than, ‘You’re going to go to Las Vegas for a month,’ because they can go home on the weekends,” says Jean Wiegman, GSN’s senior vice president of programming and production.

Caesars Entertainment Studios doesn’t look like much from the outside.

“You don’t expect this tent to be just so huge,” says “Dancing With the Stars” regular Witney Carson, who serves as the dealer on “Catch 21,” debuting at 6 p.m. Monday on GSN. “Every time an Uber driver would drop me off, he was, like, ‘Are you sure this is it?’ Then you step inside, and it’s so crazy cool.”

The unassuming structure, at 4165 Koval Lane behind Bally’s, offers a whopping 48,000 square feet of production space. There’s so much room, Wiegman says she could film two, possibly even three game shows there at the same time.

It may come to that. The facility that has hosted two years of “Who Wants to Be a Millionaire” and the upcoming season of “Hell’s Kitchen” since opening in June 2017 is already booked for 2020, Wiegman says. She was able to place a hold on the facility for just seven weeks next year.

There isn’t a solid plan for what GSN will tape during that time. It could be a second season of “Catch 21,” or more of the upcoming “Get a Clue,” hosted by Rob Belushi, that’s currently in production there. It may be a show that the cable channel, which has ramped up its original programming, still has in development.

But Wiegman wasn’t going to risk losing access to the facility.

“If we keep our volume up,” she says, “we would love to bring as many productions here as possible.”

Each of the six camera operators on “Get a Clue” calls Las Vegas home. The set was built locally. The lighting crew is based here, as are the grip and electric workers. According to Wiegman, more than 80 percent of casting personnel and crew members are Nevada residents, adding up to more than 40 jobs.

When “Catch 21” was in production in July and August, department heads wanted to bring in workers that they knew and trusted, Wiegman says. By the time “Get a Clue” started up this month, producers had become more familiar with the local talent. As a result, that show’s crew is almost exclusively based in Nevada.

“We’ve learned,” Wiegman says, “by not bringing in people and meeting these new people, that it’s all here.”