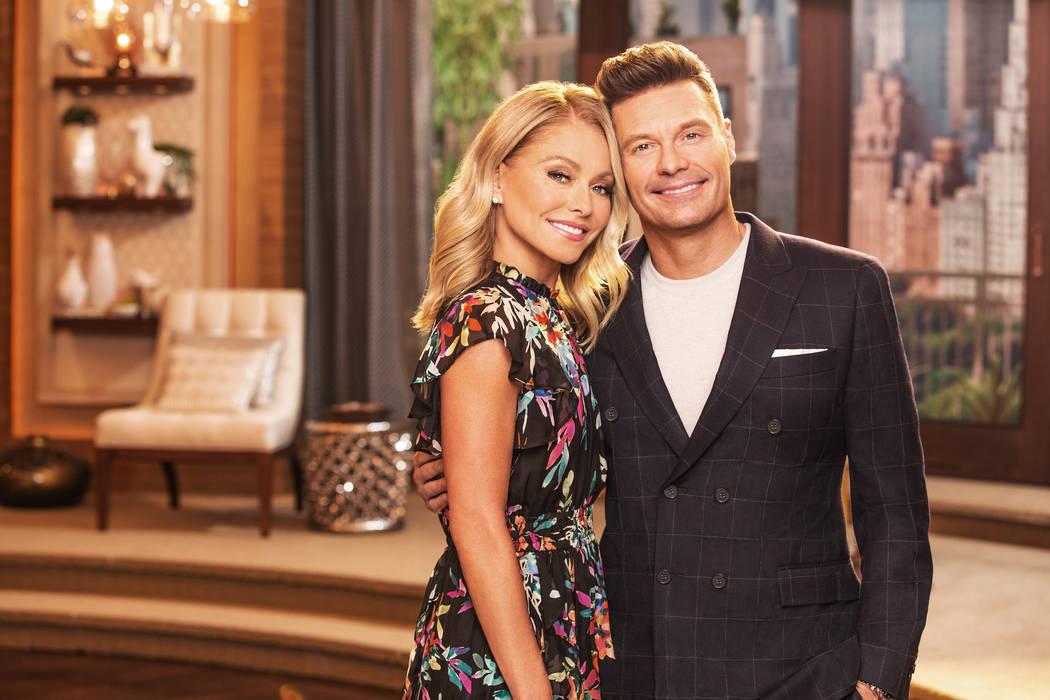 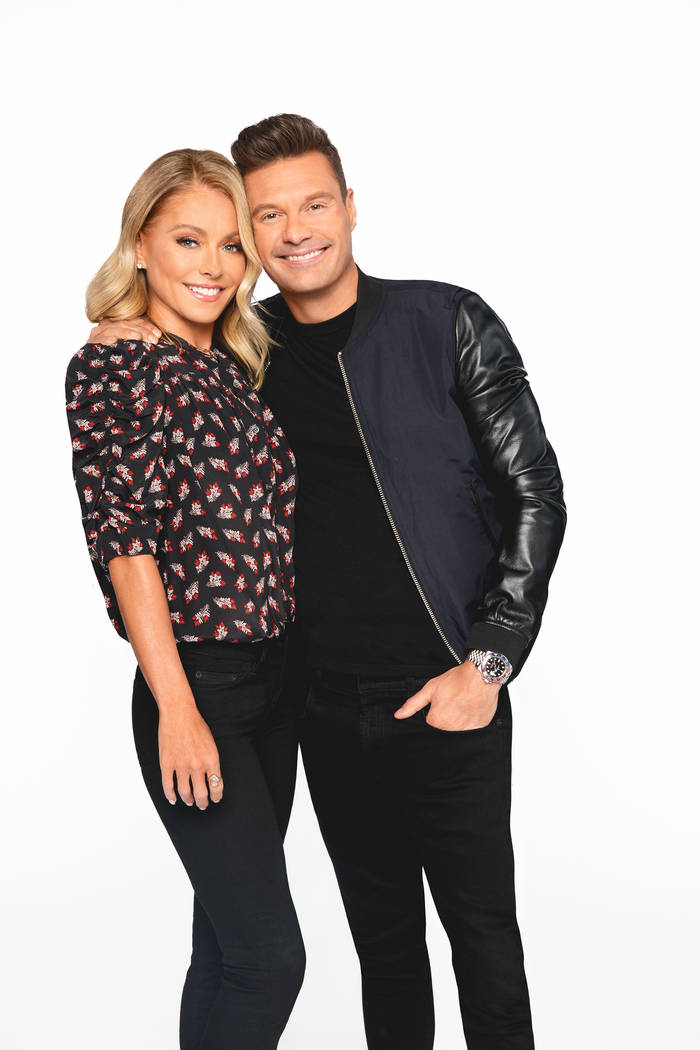 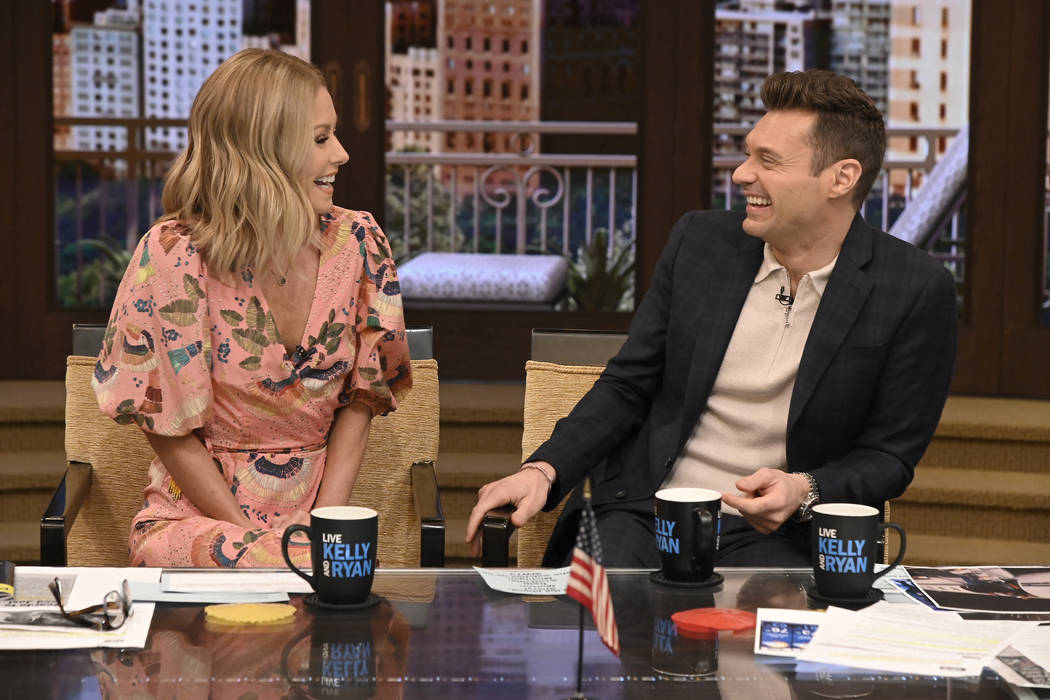 Kelly Ripa and Ryan Seacrest are pictured during the production of "Live with Kelly and Ryan" in New York, May 20, 2019. (David M. Russell/Disney ABC)

Kelly Ripa has bid farewell to two co-hosts and welcomed a third since the last time her morning show came to Las Vegas.

Some things, though, remain the same.

In 2010, “Live With Regis and Kelly” hosted Howie Mandel during a round of tapings at the Encore Theater. The previous year, also at Encore, the show’s guests included Carrot Top and cast members from Cirque du Soleil’s “Love.”

When “Live With Kelly and Ryan” records four shows Sunday and Monday at Paris Las Vegas, Ripa and Ryan Seacrest will be joined by all three.

Also on the schedule, Christina Aguilera and Shania Twain will talk about their residency shows, while magicians Criss Angel and Mat Franco will perform.

“People are interested in seeing them, and not everyone makes it to Vegas, so it gives them a little taste of what you have there,” executive producer and frequent on-air foil Michael Gelman says of the local flair that will fill the four shows. (Originally scheduled to air Monday through Thursday, the broadcast of those episodes has been thrown into disarray by coverage of the impeachment hearings.)

Ripa, though, has another Las Vegas headliner on her mind.

“I can’t believe it’s been nine years since our last trip to Vegas,” she said in an email. “This year, we are hopeful that Gelman will finally achieve his dream job of being an Elvis impersonator.”

Gelman, who’s been running “Live” since 1987 and the days when it was known as “The Morning Show,” says they’ve been looking to bring the show back to Las Vegas for a while now, and this trip has been in the planning stages for the past year. He was here a couple of weeks back with a group on a scouting trip. Various members of the production have been trickling in over the past week.

“You know, it’s hard to go on remote,” he says. “Here in the studio, everything is very much the same. It’s a very controlled environment. You’ve got the exact crew, and everyone knows where everyone’s supposed to be, and it’s such a tight organization. But when you take it on the road, you’re literally creating a TV studio, and you’re doing things that you’ve never done before. It’s just a hundred times more likely that things go wrong.”

Gelman says he’s looking forward to some of that chaos, as well as the energy that will come from the audience. It’s the difference between the 230 fans the show’s studio can accommodate and the 1,300 who can fill the Paris Theater.

“They’re sort of used to us here,” he says of the show’s New York base. “But when you go somewhere else, you’re getting to connect with your fans that maybe have been watching you for years, but maybe you haven’t even been in that area for 10 years. So they’re really voracious and happy to see you. … There’s a lot of energy and excitement, and we love it.”

Seacrest echoes that sentiment about the energy.

“Kelly and I are so excited to hit the road again, this time landing in Las Vegas where everything is larger than life,” he said in a statement. “The energy there is electric, and I know Vegas will create an unforgettable few days for our show.”