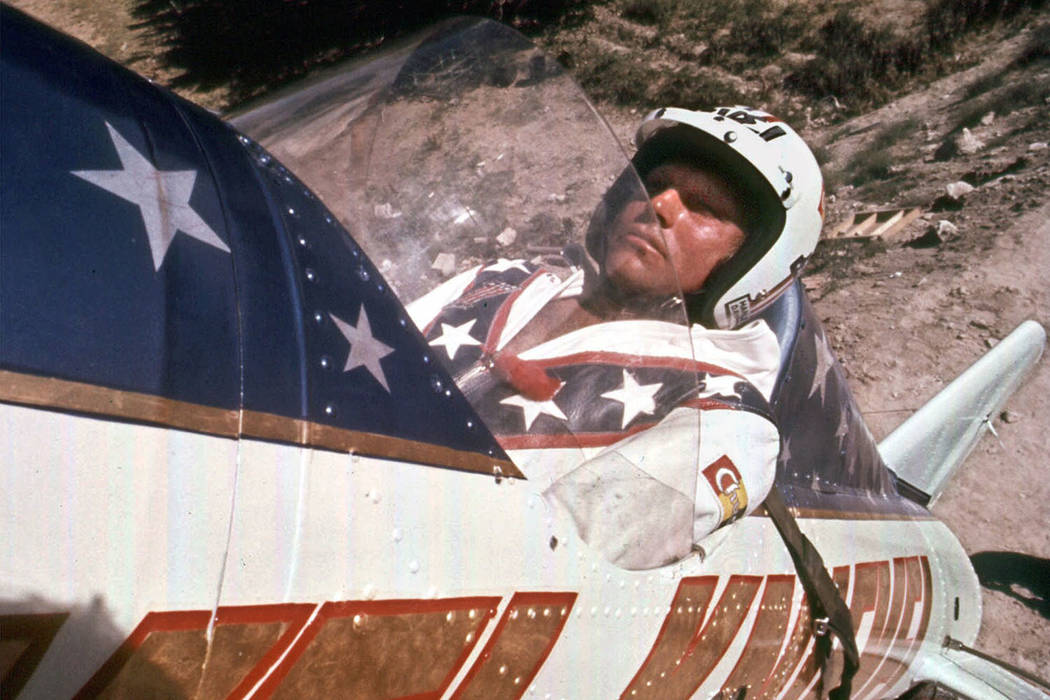 Evel Knievel is shown in his rocket before his failed attempt at a highly promoted 3/4-mile leap across Snake River Canyon in Twin Falls, Idaho, on Sept. 8, 1974. The jump failed when the parachute on his rocket malfunctioned, opening prematurely. Knievel was uninjured. (AP Photo) 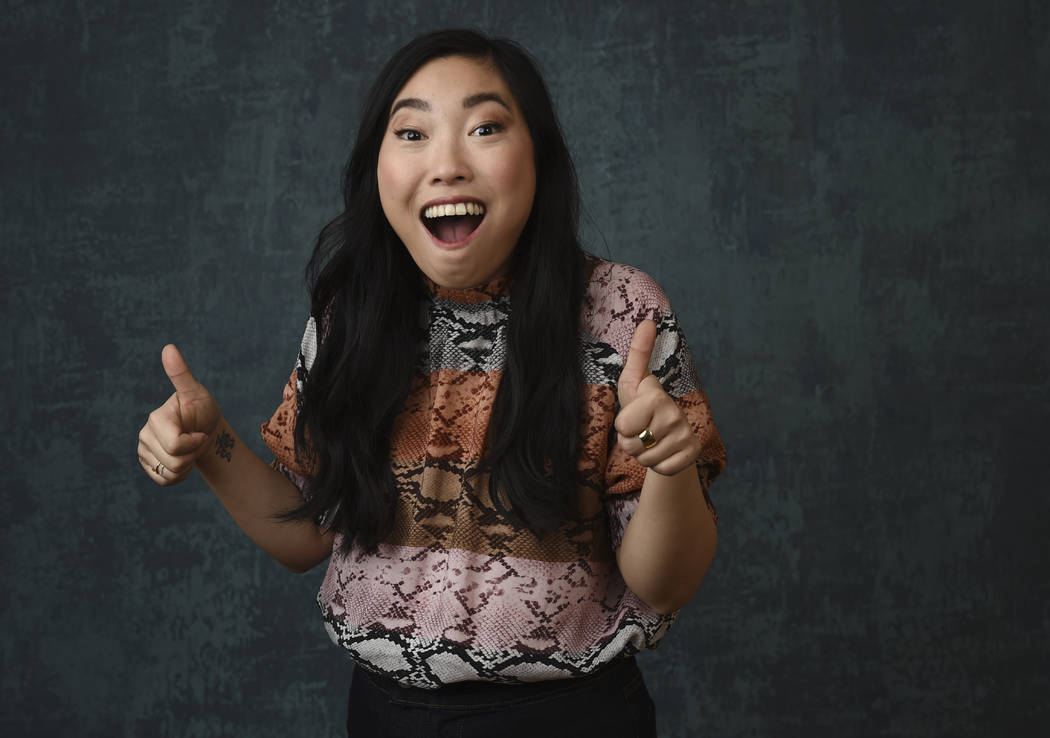 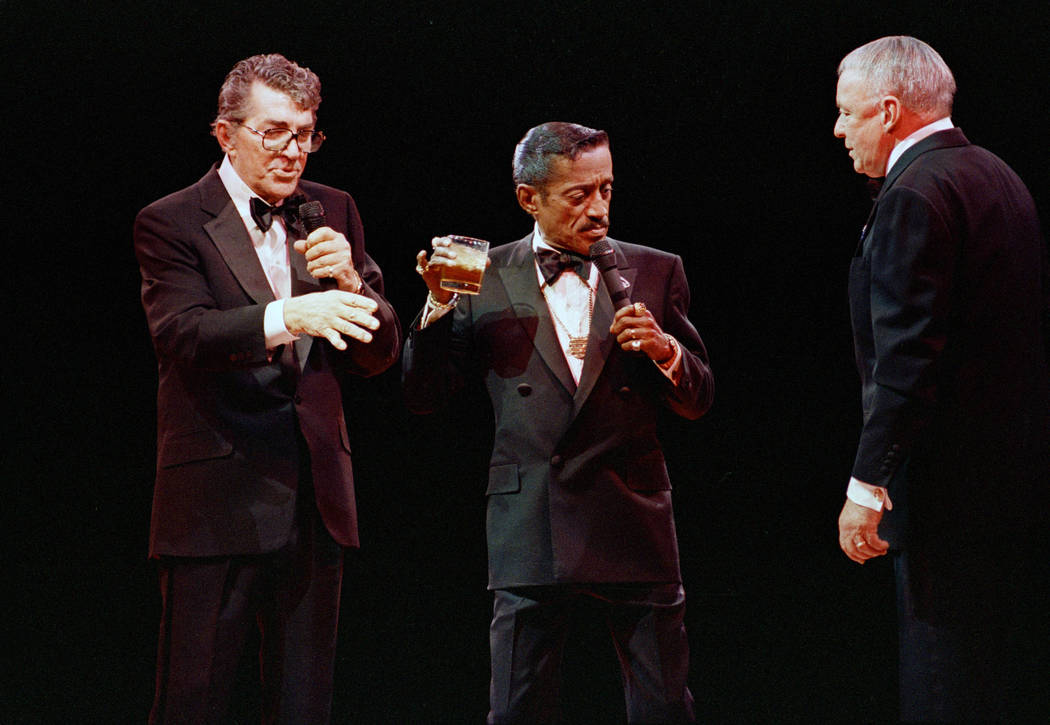 That year approached maximum Las Vegas, with the release of “The Hangover Part III,” its old-folks doppelganger “Last Vegas,” the Liberace movie “Behind the Candelabra” and two magicians-on-the-Strip movies: “Now You See Me” and “The Incredible Burt Wonderstone.”

Still, we’re in the middle of a renaissance of sorts when it comes to high-profile movies and TV shows with strong ties to Las Vegas.

Here’s a roundup of some of the projects in various stages of development:

The Candy Man can

Paramount confirmed Tuesday that it’s working on a biopic of Strip icon Sammy Davis Jr. The studio hired Charles Murray, a writer and producer on “Sons of Anarchy” and “Luke Cage,” to pen the script that, according to various reports, will be based in part on the memoir “Yes I Can: The Story of Sammy Davis Jr.”

Martin Scorsese will executive-produce “The Card Counter,” a revenge tale starring Oscar Isaac, Willem Dafoe, Tiffany Haddish and Tye Sheridan that culminates at a World Series of Poker event. It’s being written and directed by Paul Schrader (“First Reformed”), who penned the scripts for Scorsese’s “Raging Bull,” “Taxi Driver,” “The Last Temptation of Christ” and “Bringing Out the Dead.”

It’s in the cards

Awkwafina has been tapped to star in “The Baccarat Machine,” the story of how gambler Cheung Yin “Kelly” Sun financed her lavish Las Vegas lifestyle by winning tens of millions of dollars through a strategy known as “edge sorting.” Basically, she would manage to get the most important cards in mini-baccarat turned in the deck so she could identify them by their backs. Her adventures, as detailed in Michael Kaplan’s article in Cigar Aficionado, grew to involve poker superstar Phil Ivey and ultimately landed the pair in court.

“This Is Us” star Milo Ventimiglia is set to play Evel Knievel in a limited series about the star-spangled daredevil. The series, for USA Network, is expected to focus on Knievel’s preparations to jump Idaho’s Snake River Canyon in 1974, seven years after his spectacular crash at Caesars Palace. Longtime Las Vegas boxing promoter Bob Arum, who worked with Knievel to sell the Snake River event on closed-circuit television, will be played by David Krumholtz (“Numbers,” “The Deuce”).

In other boxing news, Anthony Hopkins has signed on to play legendary trainer Cus D’Amato in “Cus and Mike,” a film that will focus on his time serving as a father figure to a young Mike Tyson. Nick Cassavetes (“John Q,” “The Notebook”) is attached to write and direct. Casting is still underway for an actor to play Tyson, who’s called Las Vegas home since the mid-1980s. George C. Scott portrayed D’Amato in the 1995 HBO movie “Tyson.”

HBO Max is loading up on original content ahead of its May launch, at which point it will be something like the eleventy-seventh streaming service to debut in the past two years.

One of those series, “Vegas High,” focuses on a teenager in the 1990s who’s torn between the city’s wild side and her strong Mormon faith. Co-starring Jordana Spiro (“Ozark”) and featuring Coolio in a recurring role, the show is based on the upbringing of writer Sarah-Raquel Jimenez.

The upcoming service also is developing an as-yet-untitled comedy about a Las Vegas diva’s dark mentorship of a 25-year-old outcast. It’s being executive-produced by Michael Schur, who created or co-created “Parks and Recreation,” “The Good Place” and “Brooklyn Nine-Nine.”

And, because old TV shows never die, they just sit around waiting to be revived, “CSI: Crime Scene Investigation” could return to CBS. The wildly popular drama turns 20 this fall, and a limited event series — similar to the way Fox brought back “24,” “The X-Files” and “Prison Break” — to celebrate that anniversary is in the early discussion stages. So early, it still may not have advanced past the “Hey, we should bring back ‘CSI’ ” stage.