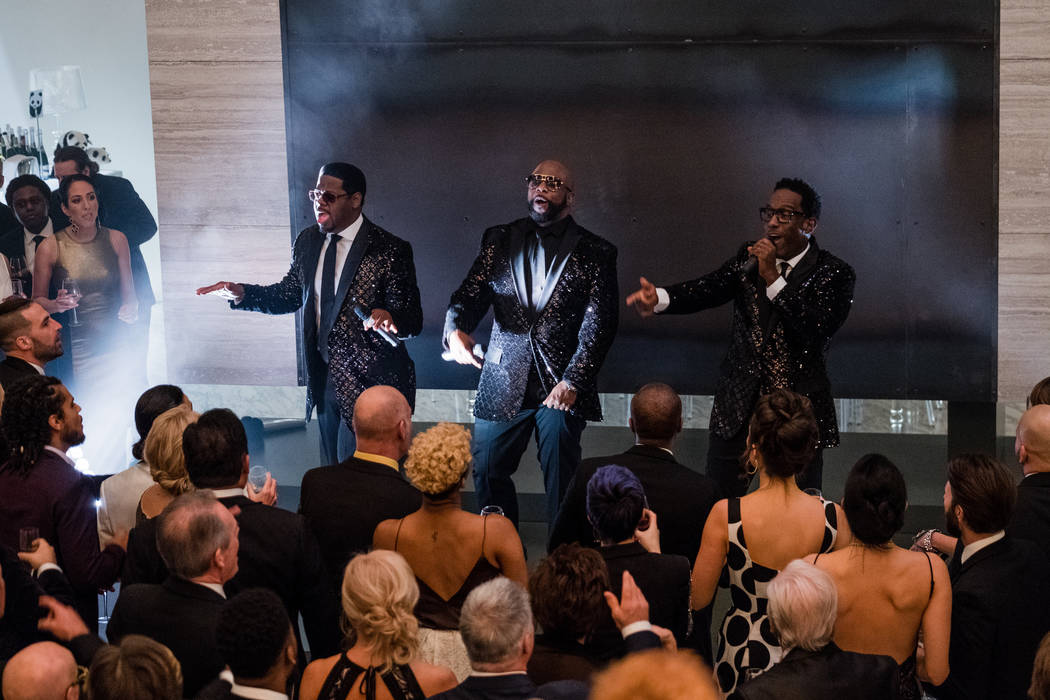 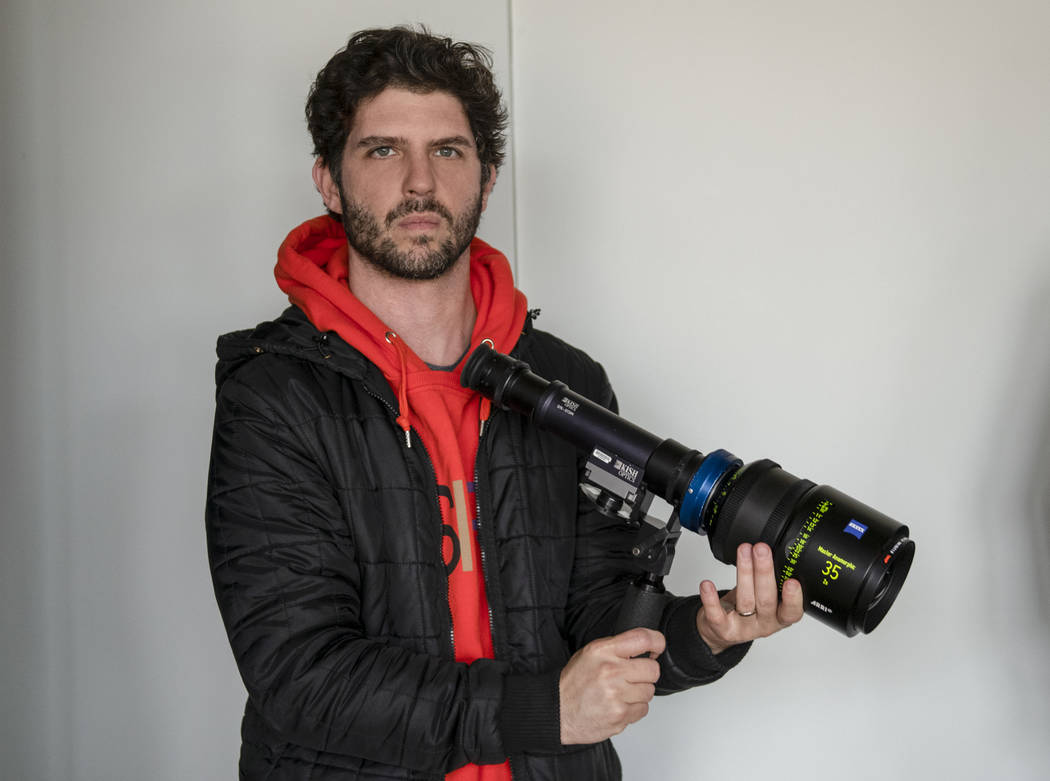 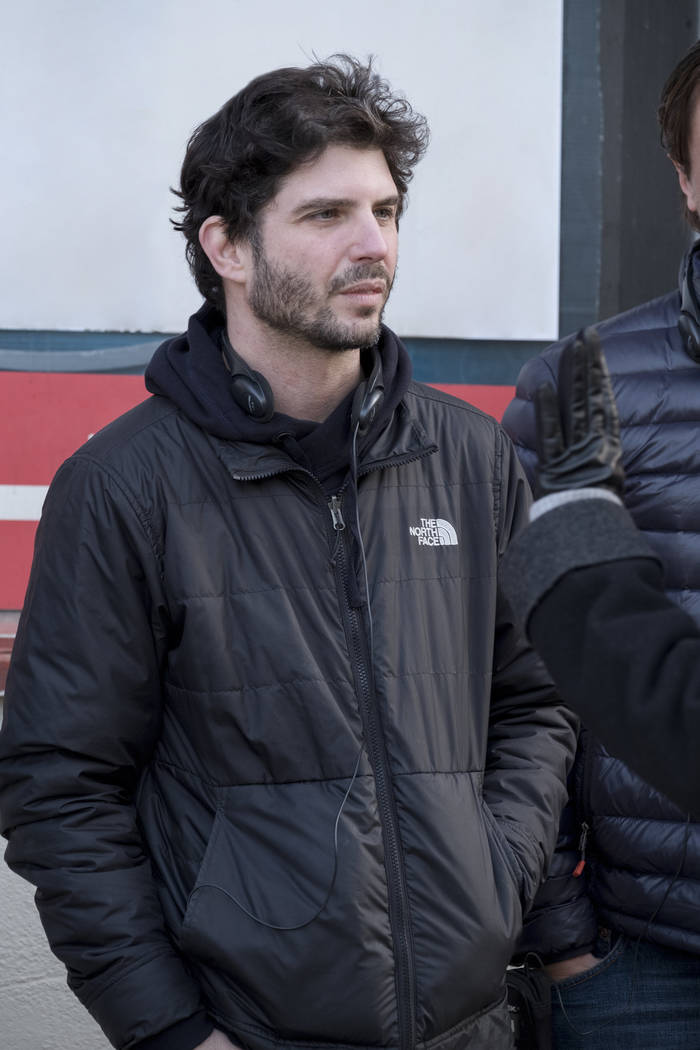 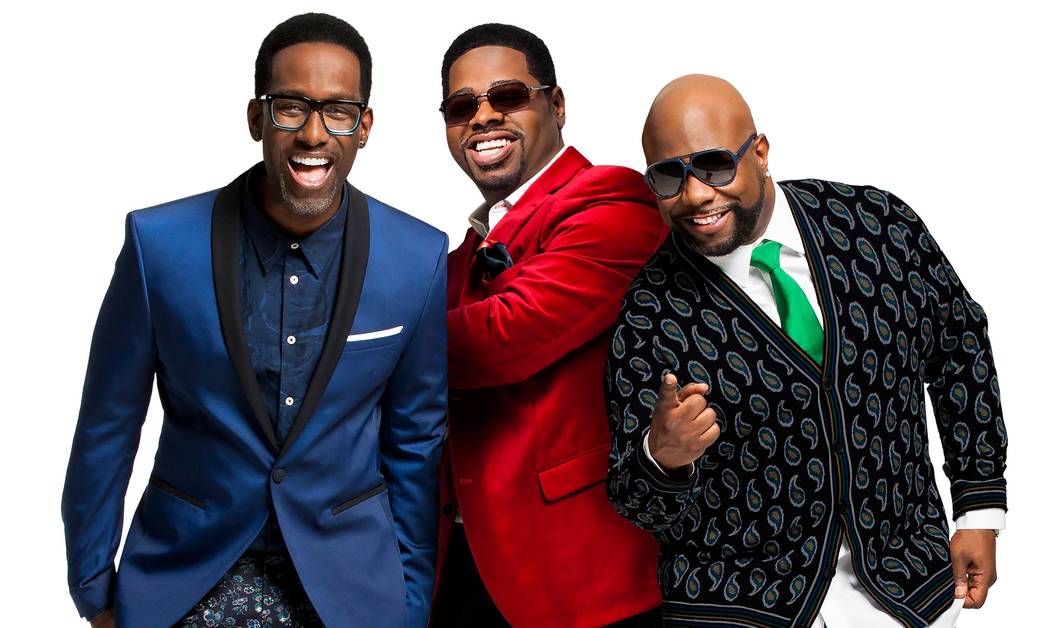 handout art. if you use, let me know, and I'll track down credit info

Good thing, because you’d hate to imagine the Strip headliners being subjected to a casting call with, say, En Vogue, TLC or, heaven forbid, Color Me Badd.

“There’s this theme of the movie, which is reconnecting to sort of the person you were when you were young and idealistic and before you became sort of the sum of your compromises,” director Jonathan Levine says. “So we knew we wanted someone who really resonated from our youths. Myself, Seth and Charlize are all similar ages, and we all have similar pop-culture reference points.”

Nathan Morris, Wanya Morris and Shawn Stockman, who’ve called The Mirage their home away from home since 2013, answered the call.

“We don’t do a whole lot of that stuff,” Nathan Morris confirms. “Not for any particular reason, but we just don’t. Situations like that are always fun when you don’t do it that often.”

Especially when parts of the script play out like Boyz II Men fan fiction.

In “Long Shot,” Brooklyn journalist Fred Flarsky (Rogen) resigns in protest after a conservative media mogul buys the edgy newspaper where he works, so it’s up to his best friend, Lance (O’Shea Jackson Jr.), to cheer him up. In a tradition dating back to their college years, when one of them gets knocked down, the other drops everything to help pick him back up.

Lance’s plan? A “dope afternoon” of drinks, Peter Luger steaks and a World Wildlife Fund charity event. None of that sounds tempting until Lance mentions the gala’s entertainment. “Boyz II Men is bringing their timeless blend of R&B, hip-hop and New Jack swing to the party. I thought you would like to be there.” A stunned Fred can only muster, “Buh-buh-buh Boyz II Men?”

That was basically the reaction of Levine, who directed Rogen in “50/50” and “The Night Before,” the latter of which he co-wrote. He refers to Boyz II Men as “the seminal band from our youths. When we were able to get them on set, it was like a dream come true.”

During a performance of “Motownphilly,” the rumpled and severely underdressed Fred notices his former babysitter, Charlotte Field (Theron), who’s gone on to become secretary of state. As part of a flashback to one of the worst nights of his life, when the 13-year-old Fred kissed the 16-year-old Charlotte and things went horribly — and, this being a Rogen comedy, graphically — awry, the video for the group’s “It’s So Hard to Say Goodbye to Yesterday” is playing on a small television.

“When you go through life, you don’t realize the things that are happening in your life that bring you close to or remind you of certain things,” Morris says. “This is one of those types of movies that kind of shows people, that, ‘Damn, I didn’t really think of how much Boyz II Men’s music might have been in my life.’ ”

‘I was just so excited’

While reconnecting at the fundraiser, Fred is envious because Charlotte got to meet the singers. “Don’t tell anybody, but it was the highlight of my life,” she confides. “And I’ve met the Dalai Lama.”

Before leaving the party, Fred takes a header and goes crashing down a staircase, in full view of the well-heeled attendees — and Boyz II Men.

“It was probably one of the most challenging days on set,” Levine recalls.

In addition to the stunt and the musical performance, it’s the first time the romantic interests see each other on-screen — a scene directors tend to obsess over.

“But all day that day, I had to be mindful of the clock because — between us and, I guess, your readers — the most fun part is going to be filming Boyz II Men,” Levine says. “So I want to get to that as quickly as possible, but I have to balance my interest in hanging out with them and watching them as a fan with my interest in doing what’s right for the movie as a filmmaker. Ultimately, we got to them probably a little bit quicker than we should, because I was just so excited to see them and see them perform.”

By “perform,” Levine isn’t just talking about singing. “We gave them some jokes to play with, too, and one of them ended up as one of the funnier jokes in the movie.”

Morris insists the group didn’t go into their “Long Shot” experience as a good career move. “A lot of things, we realize in our career now, we just do just because. There’s not always a material motive behind them, and those are normally the ones that do well, when you do it just because you think it’s a good idea.”

Boyz II Men have been at it so long, they came up around the same time as Ice Cube, and now they’re appearing in a movie with his son: Jackson, who portrayed his dad in “Straight Outta Compton.”

“Almost 30 years, man. It’s crazy. It’s really crazy,” Morris marvels. The trio signed an extension late last year with The Mirage that will take them through 2021 and the 30th anniversary of their debut album, “Cooleyhighharmony.”

“Being in it so long and still being able to do what we do is always a blessing. Being able to do it on a consistent basis is even better,” he says. “We get to be somewhere 30 weekends out of the year and have some kind of normalcy, which most artists like us don’t get.”

“It works for us,” Morris says of their residency, then laughs. “We’ll pretty much be there until they kick us out.”