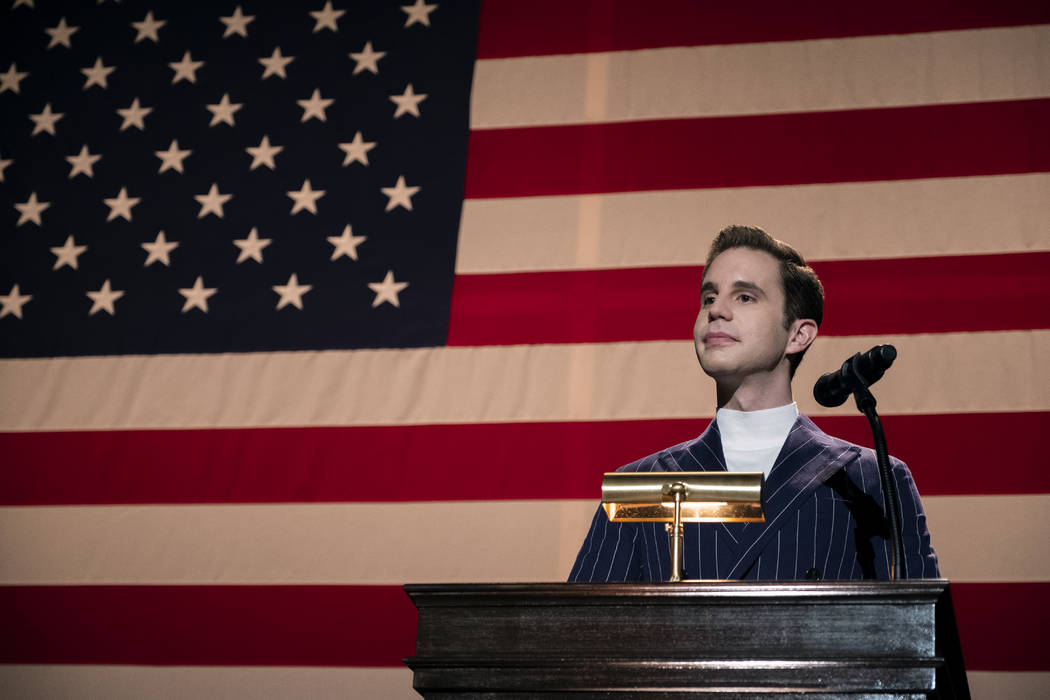 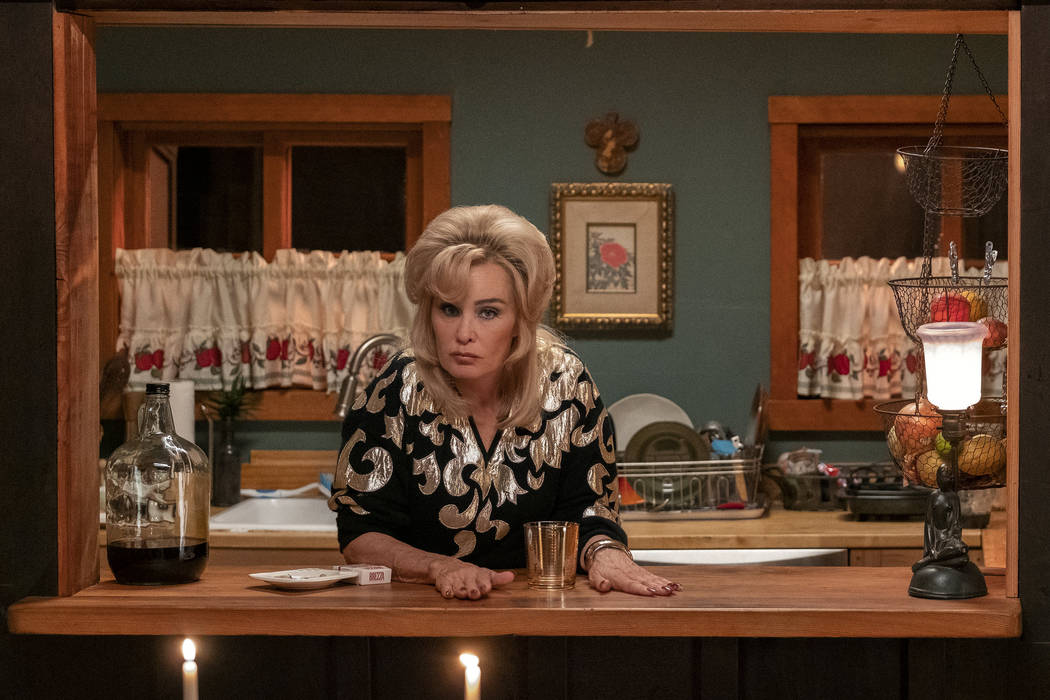 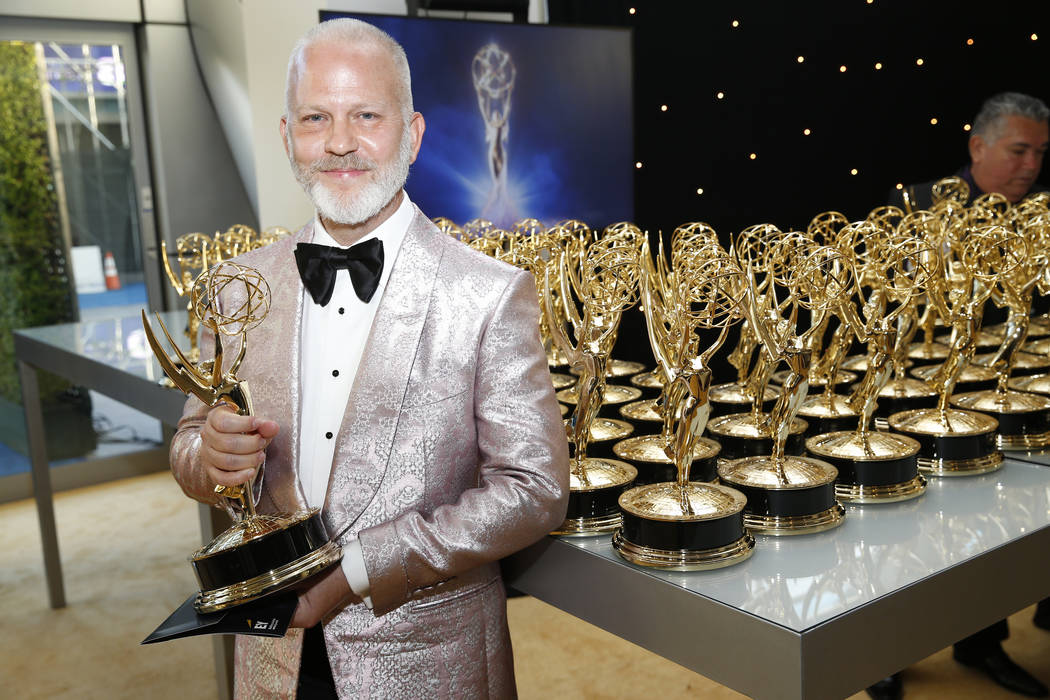 Ryan Murphy, winner of the award for outstanding directing in a limited series, movie or dramatic special for "The Assassination of Gianni Versace: American Crime Story", attends the 70th Primetime Emmy Awards on Monday, Sept. 17, 2018, at the Microsoft Theater in Los Angeles. (Photo by Eric Jamison/Invision for the Television Academy/AP Images) 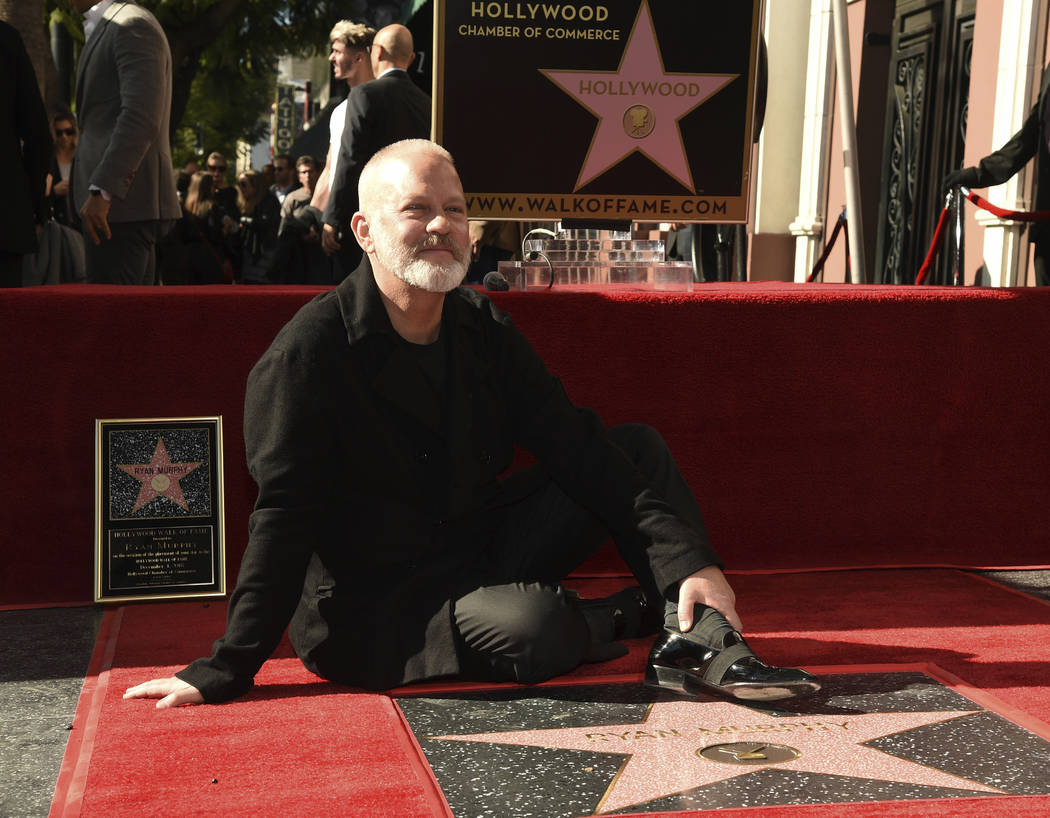 Screenwriter/television producer/director Ryan Murphy poses behind his new star during a ceremony on the Hollywood Walk of Fame, Tuesday, Dec. 4, 2018, in Los Angeles. (Photo by Chris Pizzello/Invision/AP)

Jessica Lange and Dylan McDermott are there, as is the obligatory vapid, insufferably spoiled, skinny blond girl. And it’s pitched somewhere between camp and political satire with serious issues — teen suicide, gender identity, representation, etc. — thrown in for good measure.

In other words, Ryan Murphy’s “The Politician” (Friday, Netflix) has most of the hallmarks of his bajillion other successful series. So why isn’t it more fun?

The comedic drama focuses on Payton Hobart (“Dear Evan Hansen” Tony winner Ben Platt), who’s spent most of his privileged young life positioning himself to be president. Calling it a dream would imply that it might not come true. In Payton’s mind, it’s a certainty — and it has been since he was 7.

The latest step on his path to the White House: becoming president of Saint Sebastian High School. The Santa Barbara, California, school is one of those only-in-Hollywood enclaves where most everyone is exorbitantly wealthy and looks at least 35.

Life hasn’t always been easy for Payton. Before he was adopted by Georgina (Gwyneth Paltrow) and Keaton Hobart (Bob Balaban), whose housekeeper has three “lesser Picassos” in her room, he was was birthed by a cocktail waitress at a New Hampshire gentleman’s club.

“Glee” and “Nip/Tuck,” Murphy’s biggest traditional series, had the tendency to go quickly, violently and spectacularly off the rails. So, with “American Horror Story,” he reinvented himself as a master of the short-form anthology series, with other hits including “Feud: Bette and Joan” and the “American Crime Story” franchise.

With the exception of FX’s “Pose” — which just won Billy Porter an Emmy for best actor in a drama series — and Fox’s inexplicably popular “9-1-1,” the shows he co-creates no longer need to conform to much of anything or worry about plots or character arcs extending past the 13th episode.

For “The Politician” — his first series for Netflix after leaving his longtime home at Fox as part of a reported $300 million megadeal — Murphy has assembled an extraordinary cast.

Then there’s Lange, Murphy’s “American Horror Story” and “Feud” muse, as Dusty, the big-haired “Nana” of one of Payton’s classmates, who exploits her granddaughter’s cancer to score free tickets to a Florida Georgia Line concert and to cut the wait at an Olive Garden.

The ingredients are there, but the result just never jells. “The Politician” not only doesn’t go anywhere new, it doesn’t even successfully go where Murphy’s gone before.

Astrid (“Bohemian Rhapsody’s” Lucy Boynton), for example, is slotted into the entitled-girl-looking-down-on-the-world role previously held by Dianna Agron’s Quinn Fabray on “Glee” and Emma Roberts on Murphy’s “Scream Queens” and most seasons of “American Horror Story.” She never exudes the clueless condescension of her predecessors, though. Astrid, like many of the characters — as well as Payton’s need to be elected school president — comes across more as the result of checking a box than any sort of passion.

Maybe it’s a case of Murphy’s simply being too busy or stretched too thin.

As part of his Netflix deal, the auteur also is cranking out “Ratched,” a “One Flew Over the Cuckoo’s Nest” prequel starring “American Horror Story” regular Sarah Paulson, along with a miniseries with Ewan McGregor as the designer known as Halston and “Hollywood,” a period piece with Patti LuPone, Holland Taylor and “American Crime Story” Emmy winner Darren Criss.

That’s in addition to his adaptations of Broadway’s “A Chorus Line,” “The Boys in the Band” and “The Prom,” the latter of which is set to star Meryl Streep and Nicole Kidman.

“Jessica Lange and I are working on a piece about Marlene Dietrich in Vegas in the early ’60s,” Murphy said as part of a recent Time magazine cover story. “But I’m so booked. When am I going to do it? I don’t know.”

Hopefully, he’ll find the time — or some extra hours in the day — because, while all of those sound impressive, that Dietrich-in-Vegas project definitely sounds like it would be worth the wait.