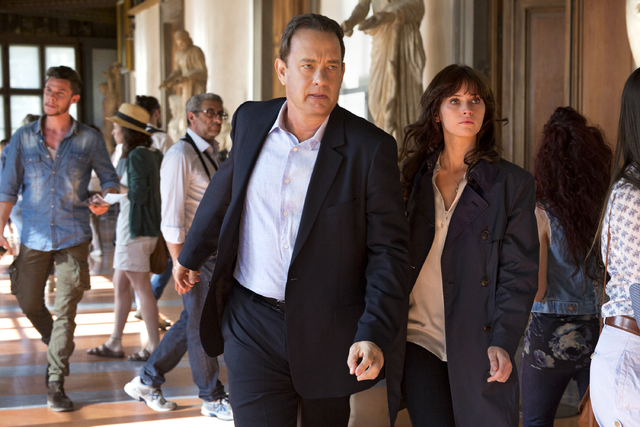 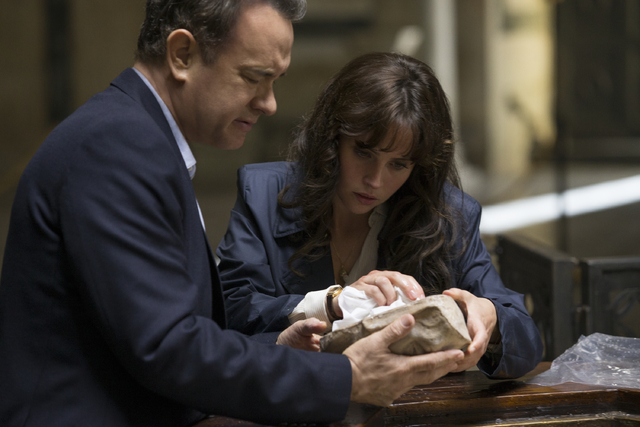 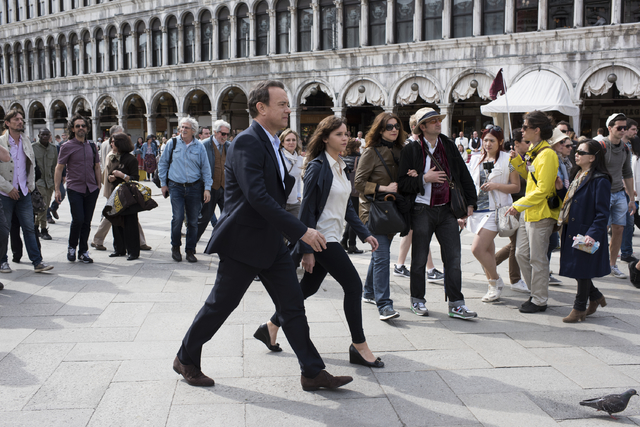 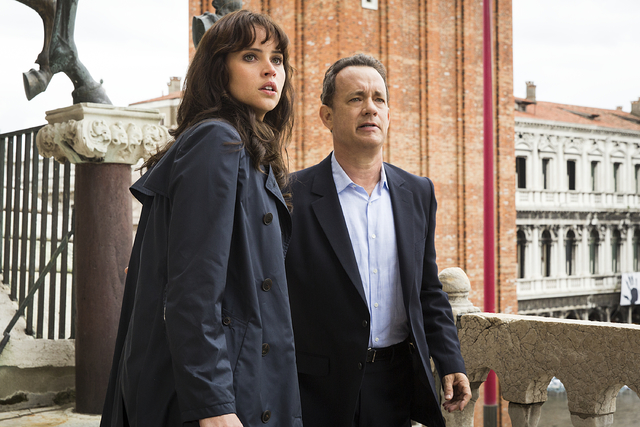 Harvard symbologist Robert Langdon (Tom Hanks) wakes up with amnesia. He’s soon being hunted by the police, an assassin and a heavily armed tactical team. So he goes on the run with a female accomplice through exotic European locales while slowly remembering bits and pieces of his past.

“Inferno,” the follow-up to 2006’s “The Da Vinci Code” and 2009’s “Angels and Demons,” puts the buttoned-up Langdon in a situation very similar to that of another action hero who returned to theaters this year after a long absence.

Think of him as Jason Bore.

As bad as “Inferno” is — and it’s quite bad, ranging from dull to ridiculous, and it only gets loonier as it goes — the worst part of the threequel is having to go back and watch its predecessors, which I’d purposely avoided over the years.

When Langdon awakens, he thinks it’s a Saturday in Boston, but it’s actually Monday in Florence, Italy. He was brought into a hospital with a gunshot wound to the head, no wallet, no identification, not even his prized Mickey Mouse watch. Luckily for him, he was recognized by an ER nurse, Sienna (Felicity Jones, “The Theory of Everything”). A fan of puzzles and his books, she tells Langdon she met him as a 9-year-old after one of his lectures.

Langdon’s suffering from crippling headaches, not to mention hallucinations and apocalyptic visions. He can’t even remember the word for coffee. But when he’s attacked in the hospital, Langdon and Sienna — his latest random female partner following a police cryptologist and a nuclear physicist — make a run for it.

Langdon eventually reaches into his overcoat to find a Faraday pointer that projects an altered image of Botticelli’s interpretation of Dante’s “Inferno.” It’s the only clue he and his puzzle-loving nurse have to stop billionaire bioengineer and fellow Dante obsessive Bertrand Zobrist (Ben Foster) from releasing a bioweapon called Inferno that will wipe out half the people on Earth in order to save the other half from overpopulation.

“Inferno” isn’t quite as insufferable as the way Dante imagined hell. Although it’s not far off.

For the life of me, I can’t figure out why Hanks, one of the greatest actors of his generation, and director Ron Howard, who’s no slouch himself, keep making these nutty movies. They have nine Oscar nominations between them, including two wins each. All I can think is their paydays must be enormous or their contracts ironclad.

Once again in the hands of screenwriter David Koepp (“Angels and Demons”), working from the Dan Brown novel, Langdon remains among the least believable movie heroes in recent memory. Not only does he know every nook, cranny and secret passage of pretty much every ancient building in Italy, if not Europe as a whole, he’s the kind of guy who, while racing through Venice, will take time out from trying to prevent the deaths of 4 billion people to tell his traveling companion that during the Black Plague, the Venetian government would make ships wait outside the city for 40 days to make sure their crews weren’t infected. That, he says, is where we get the word quarantine, from the Italian quaranta giorni, meaning 40 days.

It’s like watching Cliff Clavin from “Cheers” try to save the world.

Late in “Inferno,” there’s a reveal involving the shadowy organization led by Harry Sims (Irrfan Khan) that may be the single most ludicrous moment in the entire trilogy. And that’s saying something from a franchise that’s presented more conspiracy theories than your least favorite aunt’s Facebook page.

Aside from the stunning locations, the seemingly random, horrific imagery that haunts Langdon makes for some of the most visually interesting moments in the trilogy. They’re also just barely less coherent than Koepp’s script.

By the time Langdon and a team from the World Health Organization battle Zobrist’s followers to contain the plague, I honestly stopped caring if they succeeded.

Sure, it would have meant the deaths of 4 billion people.

But that would have been 4 billion fewer people to call on Langdon’s services for a fourth movie.