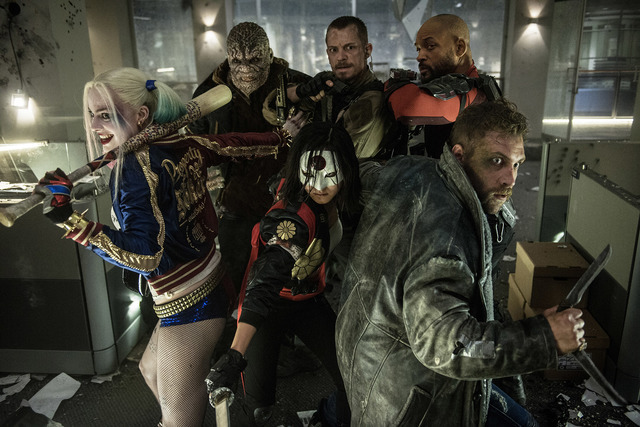 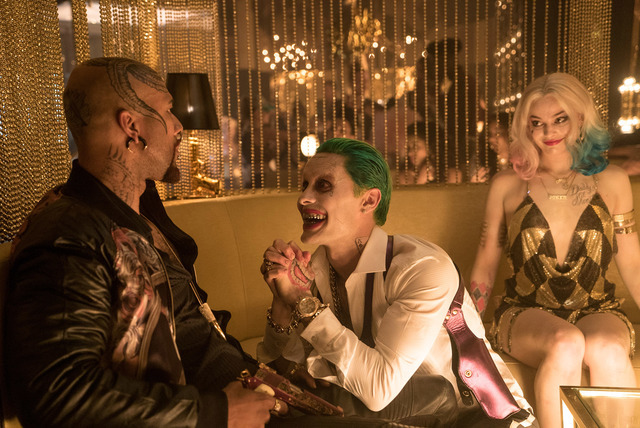 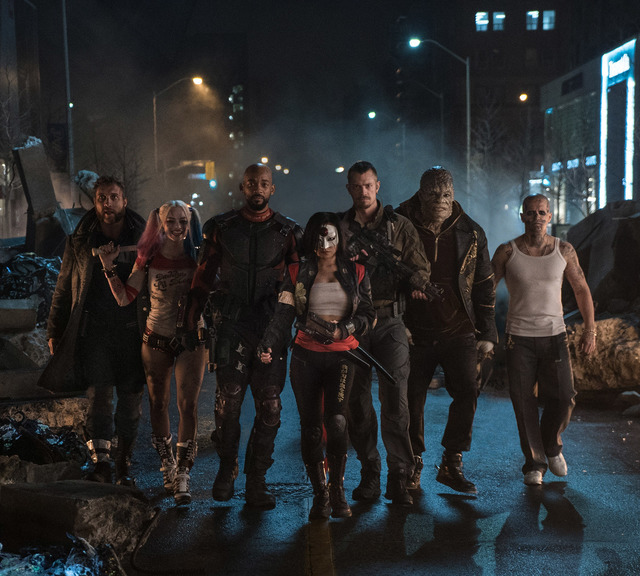 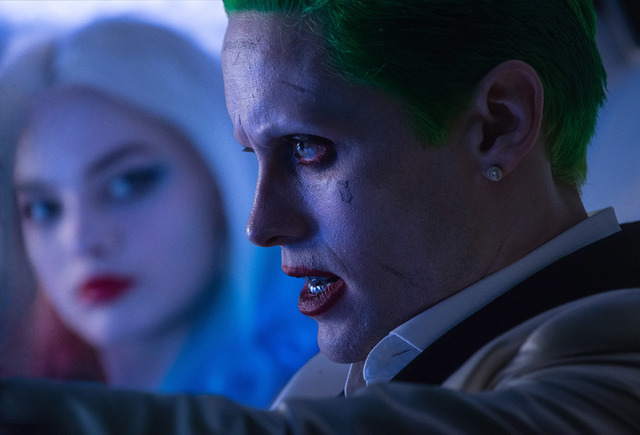 Margot Robbie as Harley Quinn and Jared Leto as The Joker in the action-adventure "Suicide Squad." (Warner Bros. Pictures)

Deep down, Samuel L. Jackson doesn’t care what credit card you use. No fast-food cheeseburger has ever looked in real life the way it does on TV. And even if geckos could talk, I can’t imagine they’d be interested in selling insurance.

So why do we keep putting so much faith in commercials?

Case in point: all the ads and trailers for “Suicide Squad,” the lively, frantic, quippy ones that make the movie look like “Guardians of the Galaxy” covered “Deadpool” in crazy sauce and swallowed it whole.

The supervillain team-up “Suicide Squad” is not that movie.

In the aftermath of “Dawn of Justice,” U.S. intelligence officer Amanda Waller (Viola Davis) assembles a team of some of the worst villains known to man, working under the theory that they’ll defend the U.S. against “metahuman” attacks because they have nothing to lose and are completely and utterly expendable.

“The world changed when Superman flew across the sky,” she notes. “And then it changed again when he didn’t.”

So Waller reads her recruits’ files to her colleagues, doling out backstories, for the first 20-25 minutes of the movie. It’s deadly dull — there are so many better ways of parceling out that information — and it feels as though you’re being asked to cram for a quiz.

They’re under the command of decorated war hero Col. Rick Flag (Joel Kinnaman), whose girlfriend, Dr. June Moone (Cara Delevingne), has been possessed by an ancient witch controlled by Waller, who literally possesses its heart.

Also, there’s a samurai named Katana (Karen Fukuhara), who’s sworn to protect Flag with her sword that captures the souls of those she kills.

Anyway, something goes horribly wrong in Midway City. The team is dispatched to save the world from yet another of those giant, world-ending thingamajigs that are all the rage these days. And they’re forced to work through their trust issues, all while battling an evil army of monsters that look like rotten avocados.

Also, for all the talk of Jared Leto’s take on The Joker — a little Tony Montana here, a little Johnny Depp there, with a dash of “True Blood’s” Eric Northman — he’s barely in “Suicide Squad” and only as part of a side plot to free his beloved Harley.

I adore Margot Robbie. I’d walk through fire and Justin Bieber concerts for her. And her version of Harley — adding a touch of insanity to her “The Wolf of Wall Street” accent — is the best part of “Suicide Squad.” But, in the hands of writer-director David Ayer (“End of Watch”), a little Harley goes a long way. And there’s a lot of Harley.

It’s basically the Harley and Deadshot show, with some nice, unexpectedly touching moments for Diablo. But, other than Flag, everyone else is pretty much just window dressing.

The story — basically “The Dirty Dozen” meets “Escape From New York” — like most of the action, is generic at best. And the villain would have felt more at home in the “Ghostbusters” reboot.

I have no dog in the Marvel vs. DC fight. I enjoy my superhero movies fun like “Iron Man” or brooding like Christopher Nolan’s “Dark Knight” trilogy — as long as they’re good. Or at least entertaining.

It’s just that, after all the talk of reshoots and lightening the mood and the unrelenting hype about how this — this— was going to be the movie to right DC’s cinematic ship after “Man of Steel” and “Batman v Superman,” it feels more like a baby step than a giant leap forward.

The result is not so much “Suicide Squad” as “Death by a Dozen Disappointments Squad.”