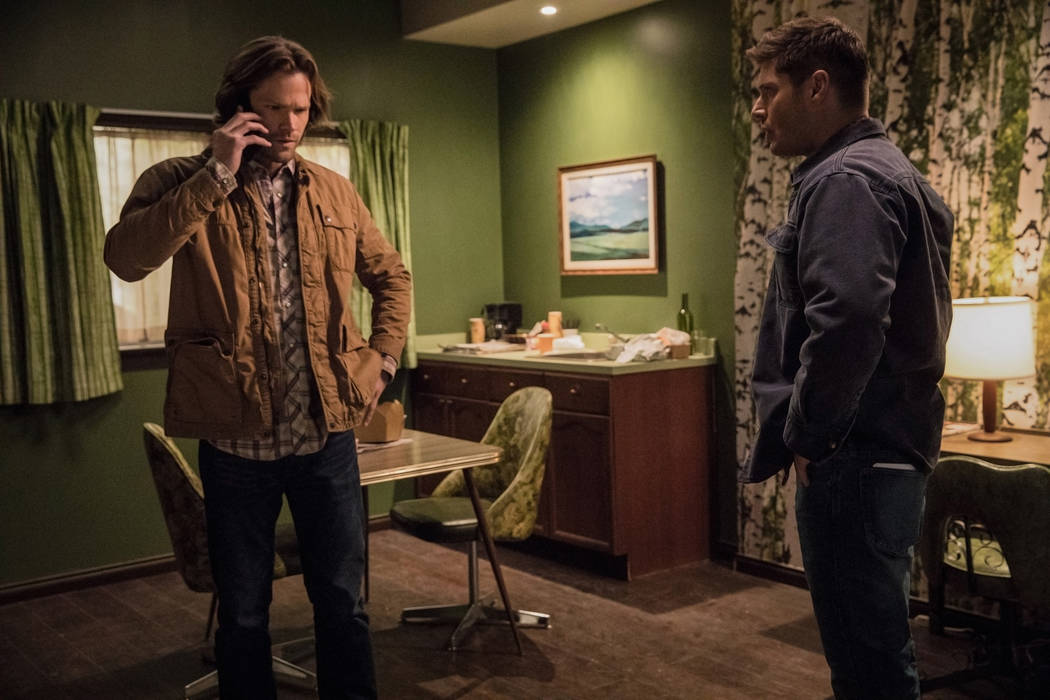 Jared Padalecki as Sam, left, and Jensen Ackles as Dean in an episode of &quot;Supernatural.&quot; (Jack Rowand/The CW) 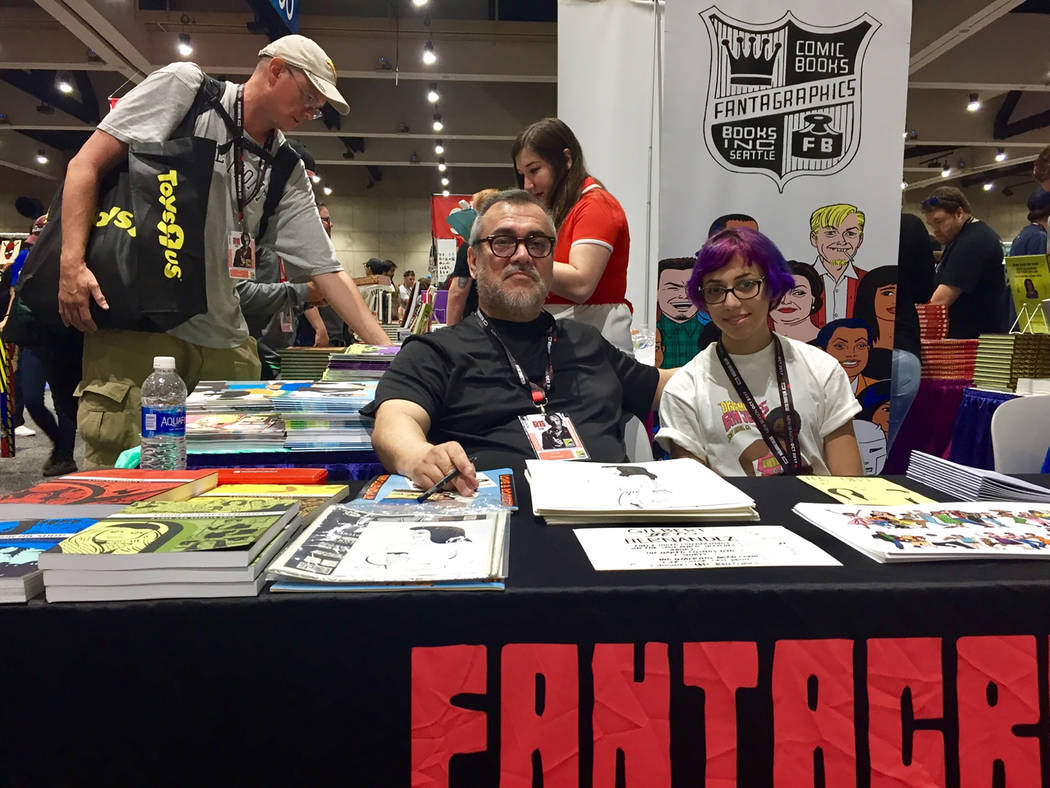 Las Vegan Gilbert Hernandez, with daughter Natalia, has been coming to Comic-Con since 1982. (Las Vegas Review-Journal)

You’d probably be floored to learn the drama series is heading into its 13th season on The CW this fall.

“We have a very devoted cult following, but we don’t have a ton of fans,” admitted Misha Collins, who portrays the angel Castiel. “Not everybody knows the show.”

Devoted might not be a strong enough word to describe some fans of demon-fighting brothers Sam (Jared Padalecki) and Dean Winchester (Jensen Ackles). Such a word may not exist.

When they hit the stage Wednesday night during their appearance on TBS’ “Conan,” the screams were just as loud, if not more so, as the clamor for previous guest Will Smith.

This is the part where I tell you I met one of those fans.

With all the waiting around during Comic-Con, you tend to strike up friendships with the people near you. And I spent plenty of time near 19-year-old Paris and her mother. When she found out I was going to interview the “Supernatural” cast Sunday, Paris’ eyes went wider than an anime character’s. I told her I’d try to take a photo or something and gave her my business card so she could contact me.

The next morning, she sent me an email that read, in part: “If you get the chance, can you thank the boys, because they are one of the reasons I’m still alive. They gave me hope and a reason to fight. (I have major depression disorder, suicidal ideation, OCD and ADD). Every time I have an urge to harm myself, purge, or end it all, I go back and I watch my favorite episodes.”

That email broke me.

Remember in “Mortal Kombat” how Sub-Zero would reach inside his opponent and rip out his spine? That’s how I felt.

So during the roundtable interviews, I used my one question to read Paris’ email (with her permission) to Padalecki and Ackles. They, along with Collins, support a crisis network for their fans that was founded after hearing similar stories during the dozen or so fan conventions they attend each year, including the annual four-day fest at the Rio.

“Wow, that’s extremely touching,” a visibly shaken Padalecki said. The actor has openly struggled with depression and has launched multiple campaigns to raise money and awareness. Since I was recording video, he looked into my iPhone and gave Paris words of encouragement that I’m going to leave between them.

“Sometimes it’s hard to process when somebody says stuff like that, but for me, I take that as fuel. That’s inspiring,” Ackles said when I read him the email. “If I can inspire maybe one person through my work to maybe not hurt themselves, then I think that it’s worth it.” He also shared a personal message for Paris.

I pulled out Funko Pop! toys of Sam and Dean that I’d purchased that morning on the convention floor and had Padalecki and Ackles sign them for her. It’s a major no-no at press events, but I didn’t care.

The only way I had to contact Paris was through email. Nineteen-year-olds, it turns out, don’t check their email all that frequently, and I didn’t hear back from her till she was boarding her plane. I texted her the videos and a photo of the toys that I’ll mail her.

“I’m crying,” she responded. “This is the best thing ever.”

It’s also the best way I can explain what Comic-Con means to people.