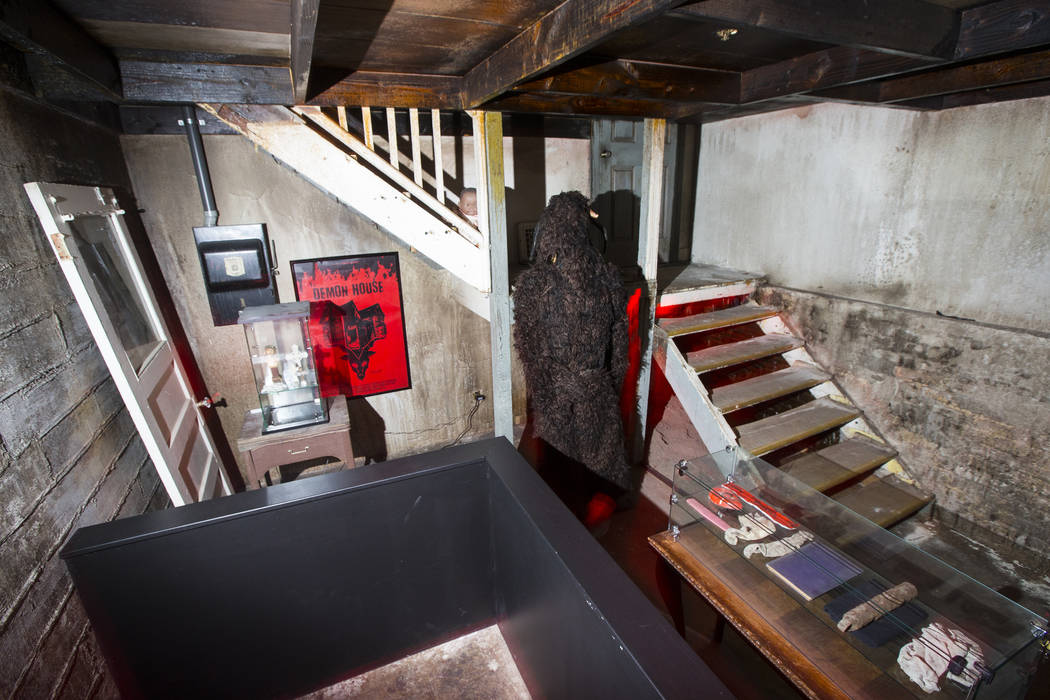 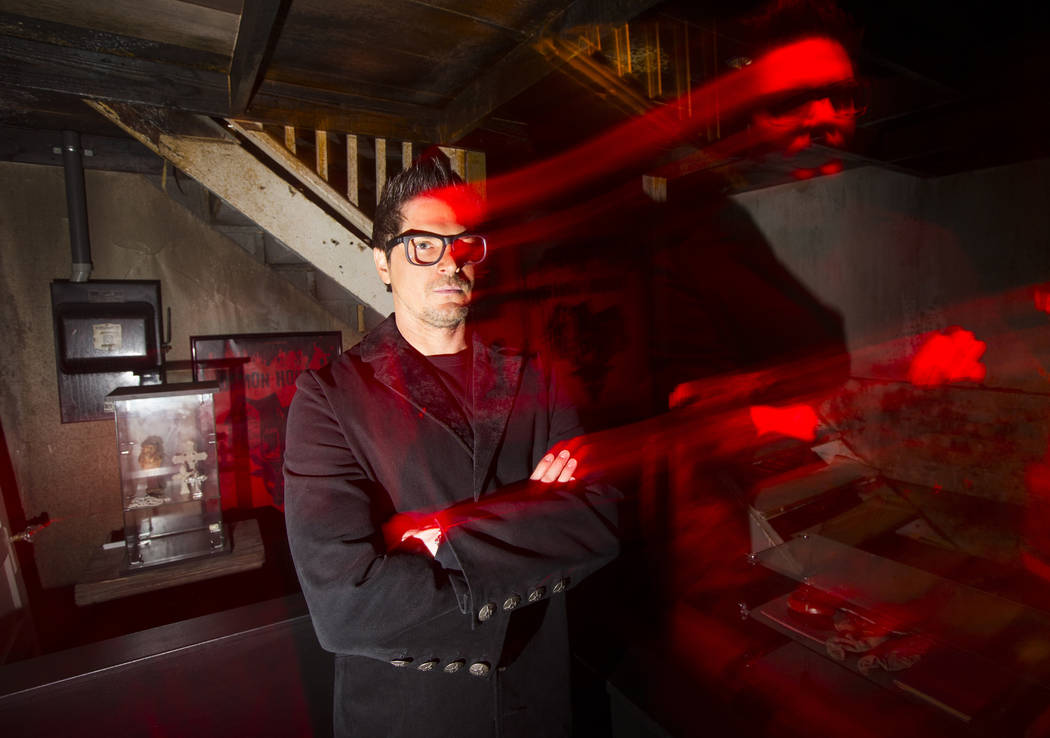 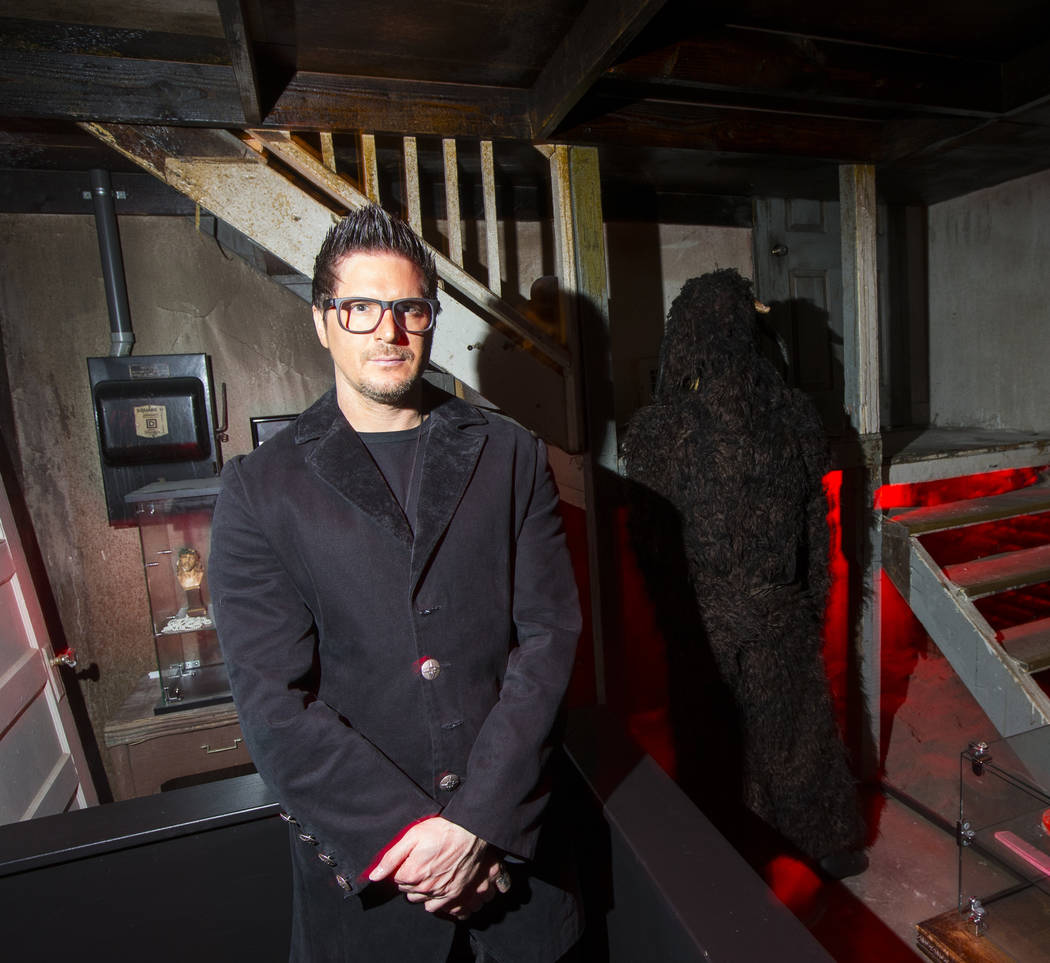 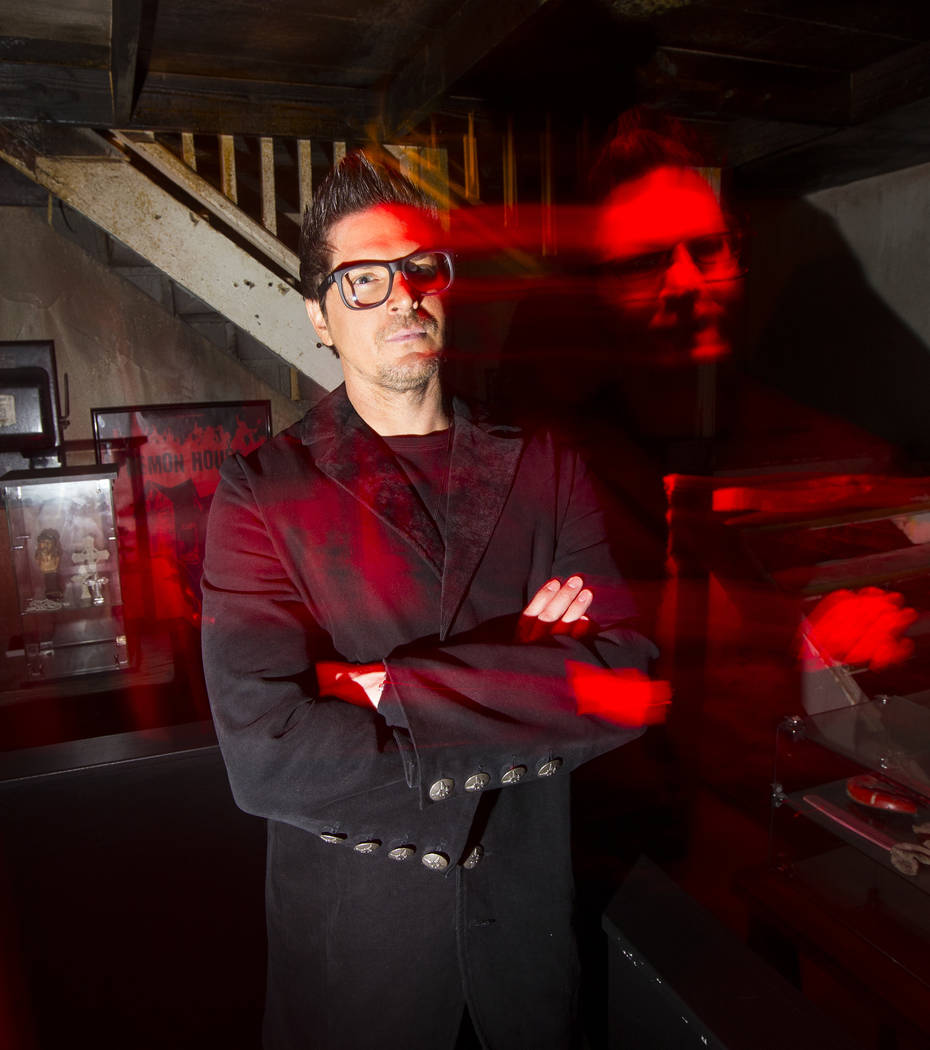 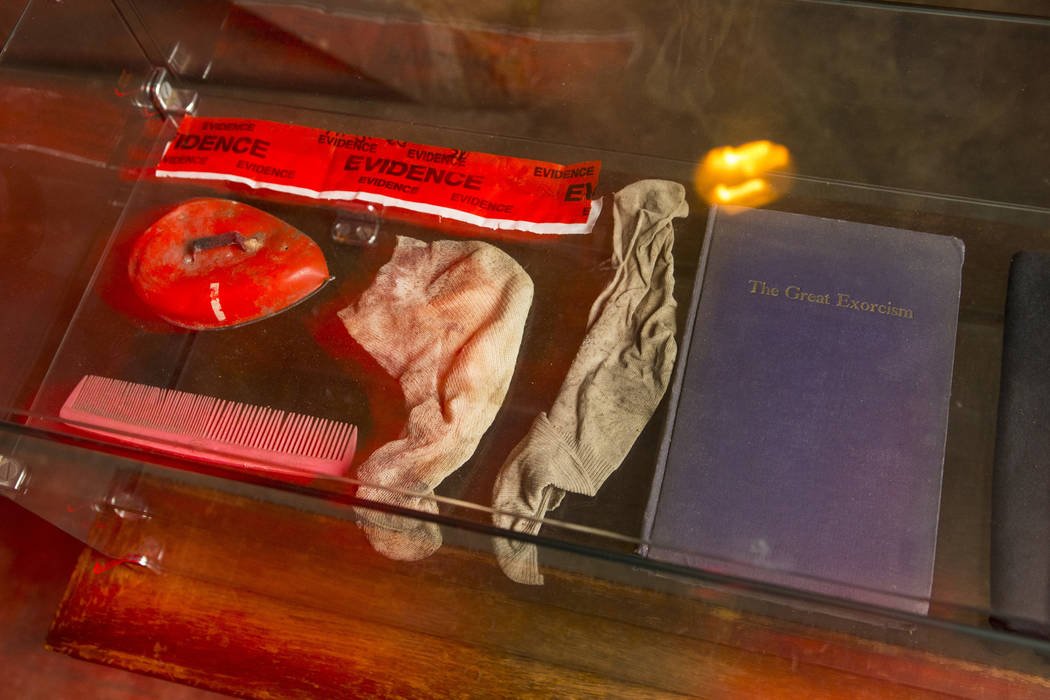 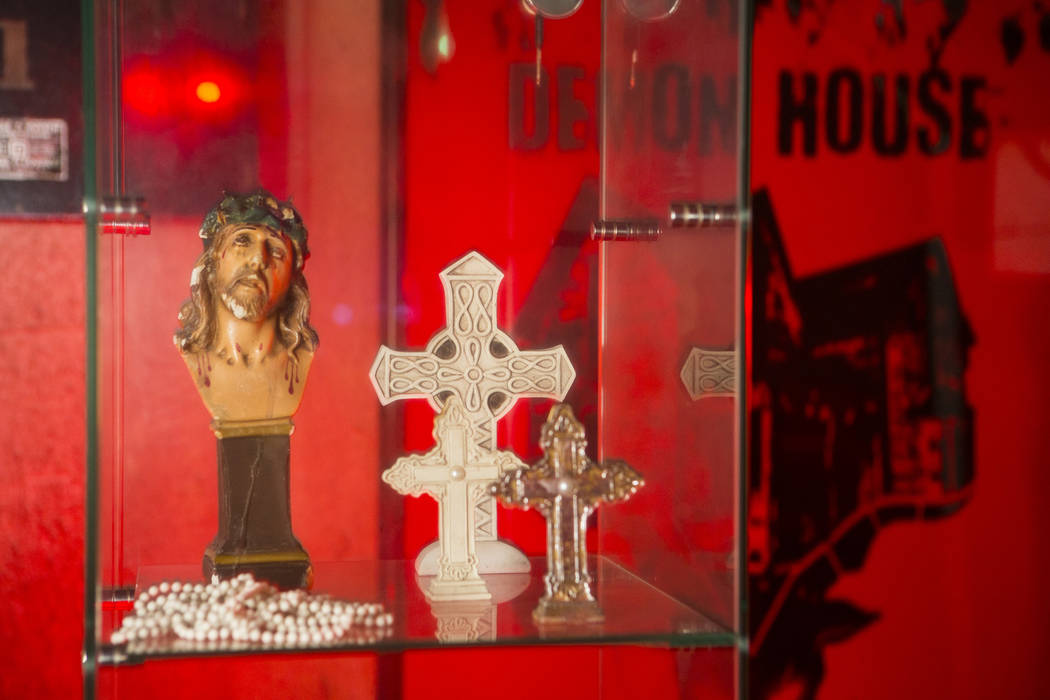 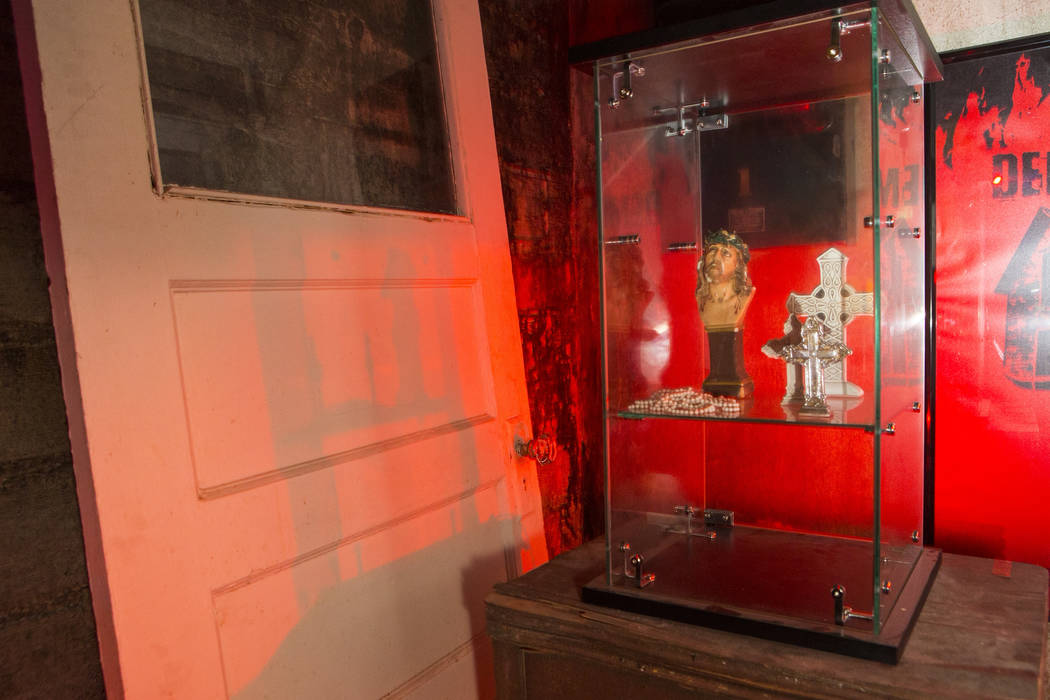 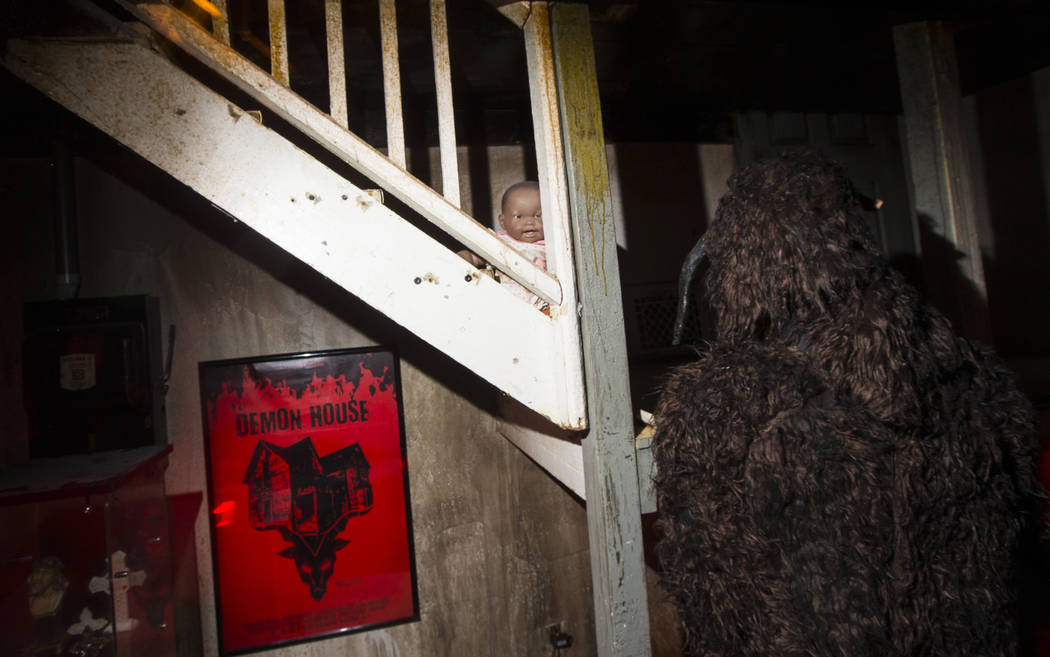 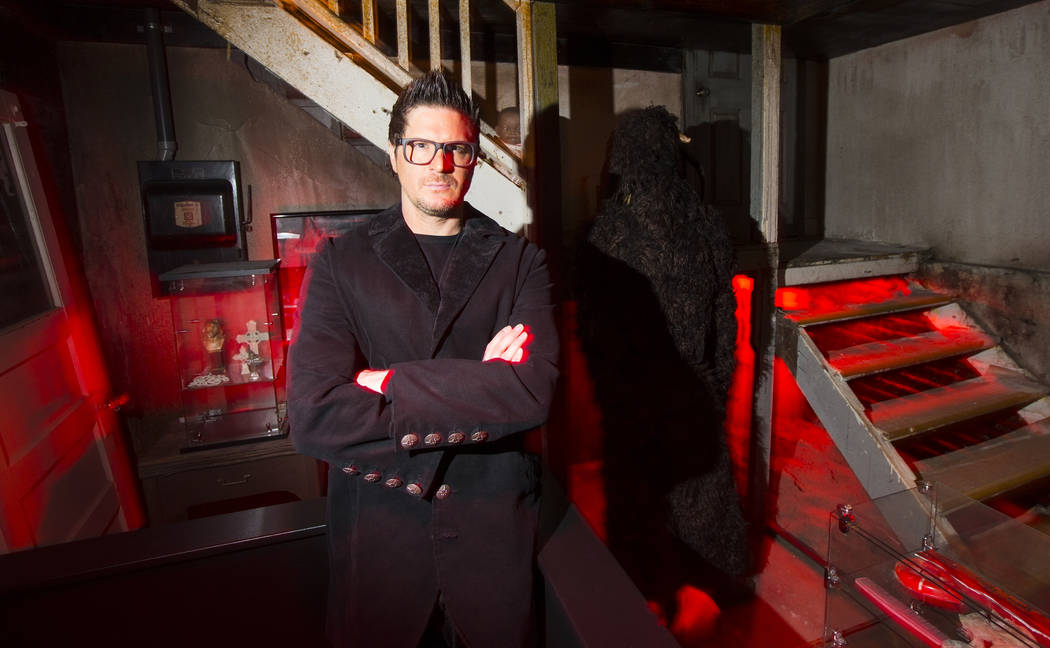 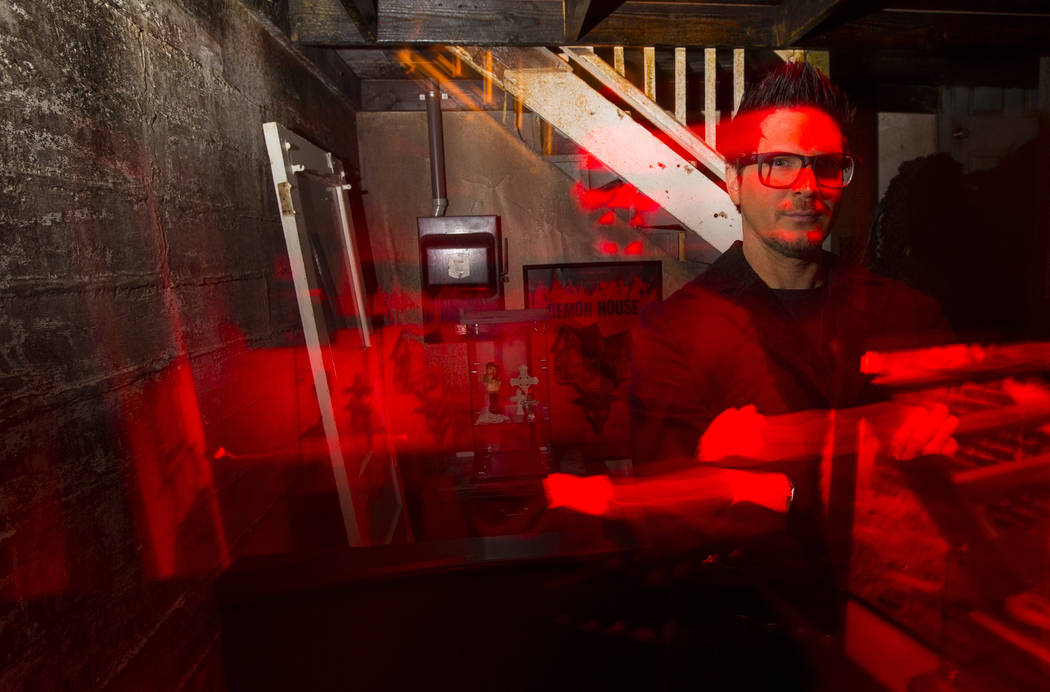 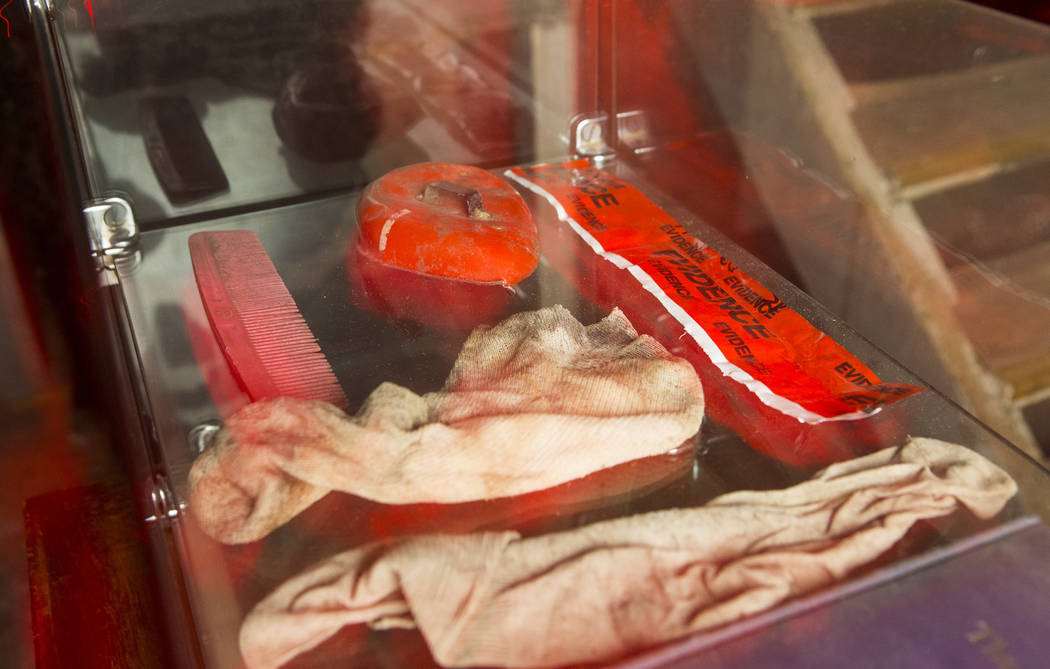 If Zak Bagans were a character in a horror movie, you’d never stop screaming at him.

As soon as the Las Vegas-based paranormal investigator heard about a Gary, Indiana, house that clairvoyants claimed was home to 200 demons, he didn’t merely go inside. He bought the residence, sight unseen, over the telephone.

Then he went inside.

Then he sealed himself in.

“I wanted to be a part of it,” the “Ghost Adventures” star says, taking a break from filming an episode in Virginia City. “You don’t hear this too often where you have this many credible witnesses, from police from three different jurisdictions, (Child Protective Services) workers, clergy, emergency room staff, nurses, psychologists, doctors. … I didn’t know if it was a hoax, a hysteria or real, but I wanted to see.”

‘A portal to hell’

He exited the home unable to see much of anything.

As Bagans reveals in his documentary “Demon House,” which opens at Brenden Theatres at the Palms on Friday, his suffering began almost immediately. The day after he was boarded up inside the home, his eyes began crossing. Bagans developed a permanent case of diplopia, aka double vision, for which he’ll always need to wear prism glasses.

Bagans says he visited four doctors who ran panels of tests looking for neurological problems, all of which came back negative. None of them could explain the rapid onset of his vision problems. He was about to have an operation to correct the malady when his surgeon informed him there was a chance he’d be left blind. “I would rather wear prism glasses my entire life than run that risk,” Bagans says. “That’s my biggest fear.”

Coming from someone who makes real estate described as “a portal to hell” an impulse buy, that’s a strong statement.

A return to his filmmaking roots

Bagans graduated from the Motion Picture Institute in his native Michigan before moving to Las Vegas in 1995 to pursue a career in documentary filmmaking. “Demon House” is the first film he’s directed since “Ghost Adventures,” the 2004 documentary that spawned the Travel Channel series.

A far cry from the few days Bagans has for his TV investigations, “Demon House” was three years in the making. “I had security cameras in the house for 2½ years, and never once did I capture something move by itself — and I wanted to,” he says, laughing. “But, as I discovered, it was more about these forces having this pre-planned agenda for anybody who came in there, into their nest, on how they were going to affect you.”

“This place drained me,” he continues. “People usually see me full of energy and horrible humor. But this place had a way of taking people’s energy and screwin’ up and makin’ ’em weird and sick.”

‘We are all drawn to fear’

If you’re interested in the possibility of getting weird and sick, several items from the house are on display at Bagans’ Haunted Museum, 600 E. Charleston Blvd. Among the pieces are the staircase to the basement, where most of the unusual energy was observed in “Demon House,” as well as the basement door, some of the dirt from under those stairs, where rituals were thought to have taken place, and some of the items buried in it.

So, if someone is a true believer and subscribes to the theory that evil can attach itself to objects, why in the world would he or she want to be anywhere near something that had been a part of such a place?

“We are all drawn to fear in a certain way. It’s an emotion that we actually do like to feel,” Bagans explains. “We like to go on roller coasters. We like to skydive. We like to watch scary movies. We do. We wanna feel that rush and put ourselves in a situation where we’re testing our own limits.”

“Still to this day, I get visions in my head a lot about the house. The smell of it. The feeling of it. … It’s something letting me know that it hasn’t forgotten me, which sounds crazy. But that’s the thing of this. I think that whatever was there visits me. It’s with me.”

“In a sick, weird way, I miss the house,” Bagans admits. “I miss it. I miss being inside of it. I miss feeling what I felt.”