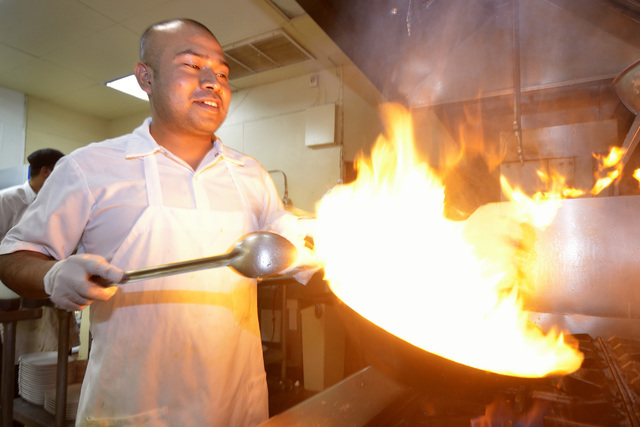 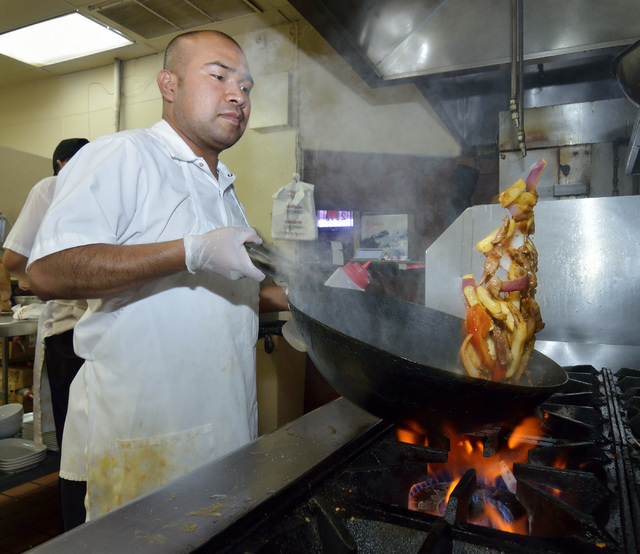 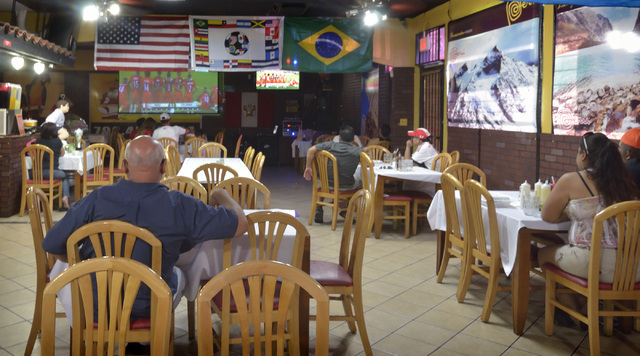 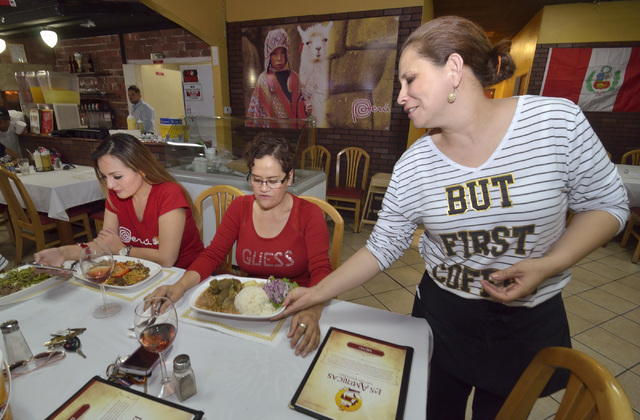 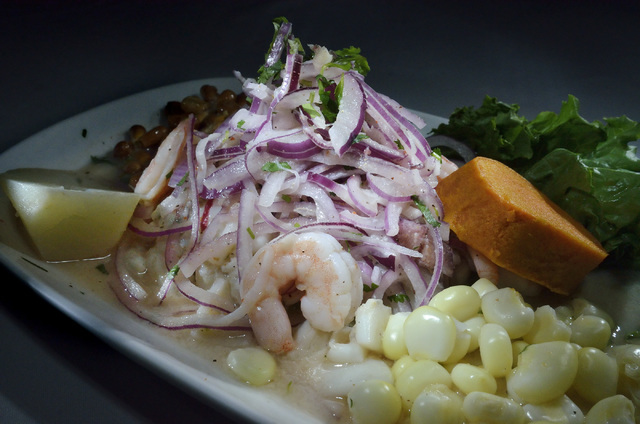 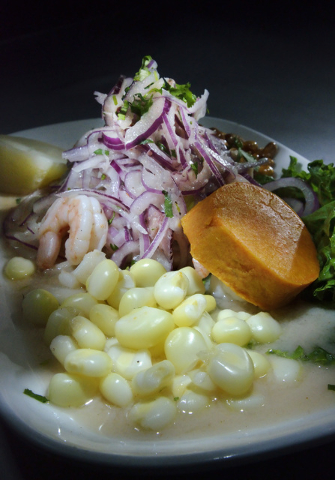 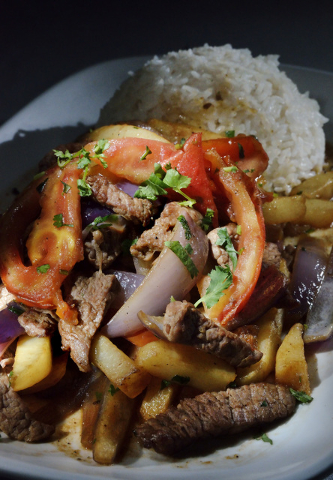 I generally look at our ethnic restaurants — especially those representing less-familiar cuisines — as celebrating the diversity of Southern Nevada. But Las Americas does a pretty good job of celebrating diversity all on its own.

Peruvian is, after all, one of the world’s first fusion cuisines. The restaurant honors the arrival of Christopher Columbus (himself not nearly as celebrated as he once was) with the notation that the explorer “not only discovered the Americas, he also discovered a whole world of new flavors,” adding that the exploration led to an exchange of flavors between Old World and New. And so it did, not only in Columbus’ time, but in years to come, when immigrants from China, Italy, Germany and other places added influences that became part of the native cuisine.

We have only a few Peruvian restaurants in Southern Nevada (three, if I’m not mistaken), and Las Americas’ menu is maybe a little more modest than those of the others, but it covers the bases, multiplying offerings by adding variations on the classics and conveying a feeling of hearty rusticity.

And what, after all, is more classic to Peruvian cuisine than lomo saltado ($13.49), which could be considered one of the country’s national dishes? This one definitely shows the cuisine’s Asian roots in that it’s essentially a stir fry of beef, in this case, with copious amounts of crisp-tender sliced red onion and sweet red bell pepper and quite a few french fries, a slight departure from the larger slices of fried potatoes sometimes used. On the side was a big scoop of plain white rice, jazzed up by scooping on some of the lomo saltado but also the spicy-herby green salsa that was one of four condiments (and the best of them, by our estimation) brought to the table.

Potatoes figure prominently in Peruvian cuisine, and so we started with the papa a la huancaina ($6.49) a platter of halved steamed potatoes blanketed in an only slightly zippy cheese sauce with some lettuce and what looked like two-thirds of a hard-cooked egg. Cheesy potatoes are one of those things that finds favor in most cuisines, and this was a good example of why, the richness of the cheese and egg contrasting nicely with the blank-canvas nature of the potatoes.

Chicken figures prominently in Peruvian cuisine, too, and we were hopeful for the pollo a la brisa, or roast chicken. But it was not meant to be because they were out, maybe because the Peruvian soccer games they were showing had brought in the crowds. While they were out of roast chicken, they weren’t out of all chicken, because we ended up with another dish of Asian influence, arroz chaufa de pollo ($12.49), or chicken fried rice to you and me. And, yup, it was chicken fried rice in its most classic form, and a huge platter of it.

Huge platters seem to be the thing at Las Americas, because although we’d been tempted by the thought of arroz con leche, that was not to be, either, and for a different reason. Although we did thoroughly enjoy a glass of Chica Morada ($2.49), the non-alcoholic Peruvian purple-corn drink flavored with spices such as cinnamon and clove.

Service throughout was definitely on the slow side. That may have been due in large part to those soccer fans, but that does seem like something the restaurant could prepare for.

We didn’t really mind, though, because we were comfortable taking in occasional glances of a Peruvian reality show that was way more talk than action or reality, and gazing at a huge, very attractive mural of Machu Pichu, which engendered a lot of thought about this ancient civilization.

If you consider trying Las Americas but are slightly wary of the fact that this is one of our valley’s lesser-known cuisines, you needn’t worry. The international aspects that have shaped Peruvian food provide plenty of touchstones, and Las Americas does a good job of covering them all.