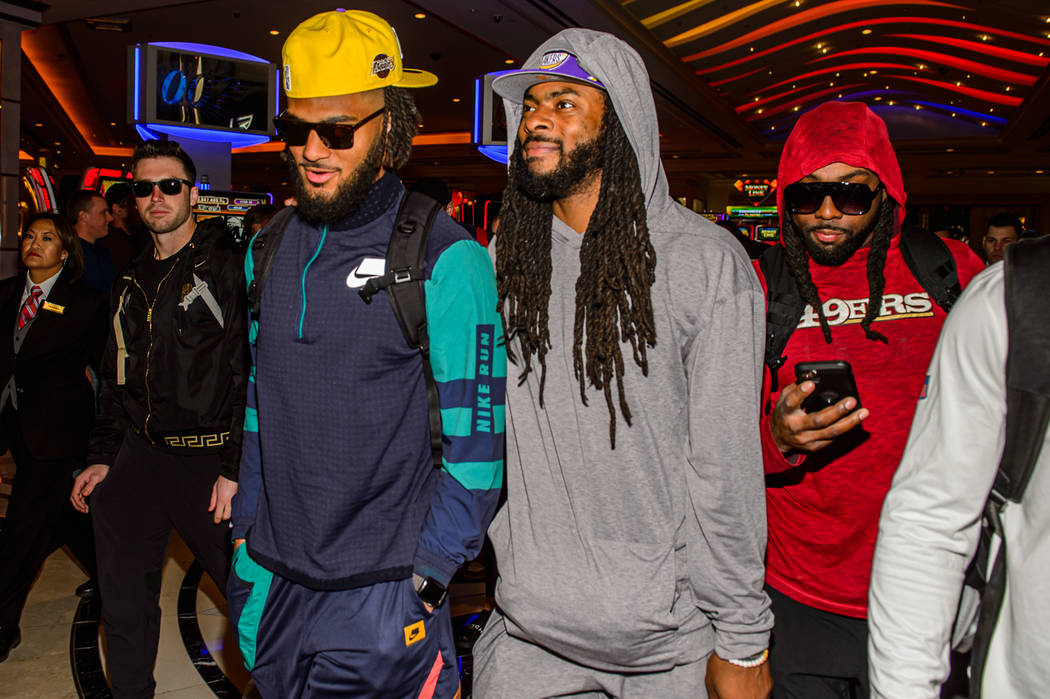 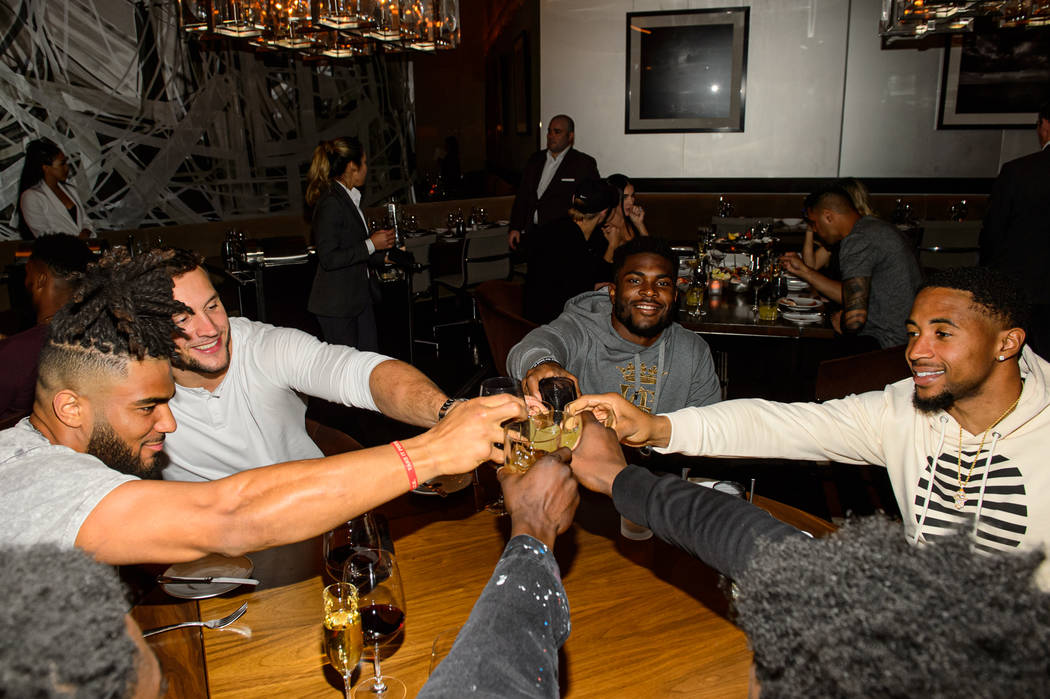 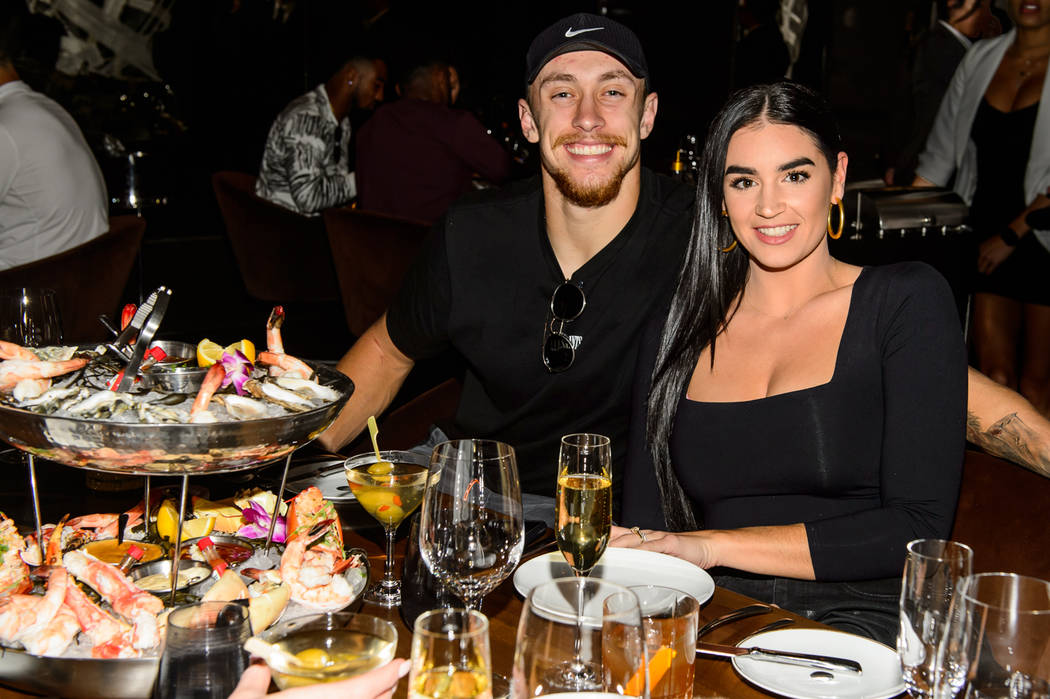 San Francisco 49er George Kittle and his wife, and Claire, dine at Cut by Wolfgang Puck at The Venetian on Monday, Feb. 3, 2020 (Las Vegas Sands) 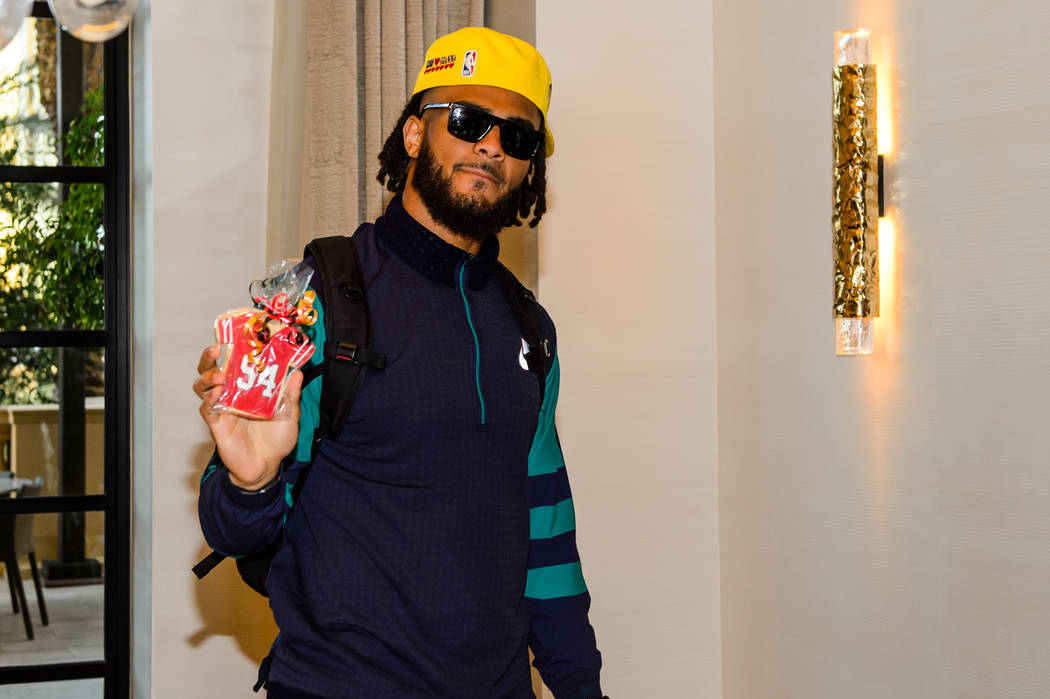 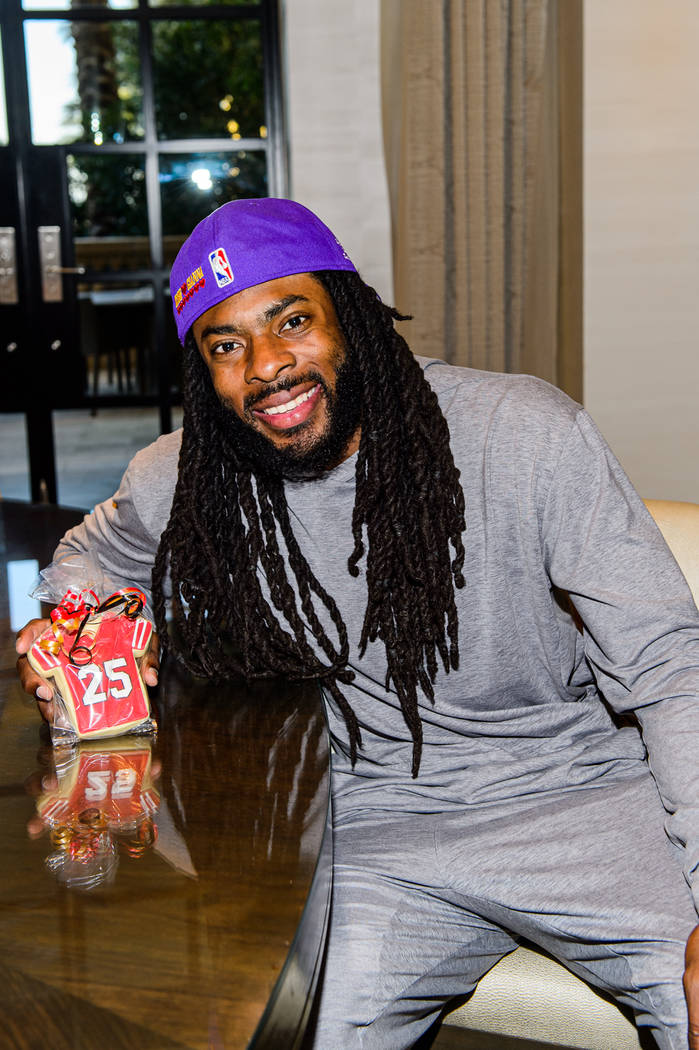 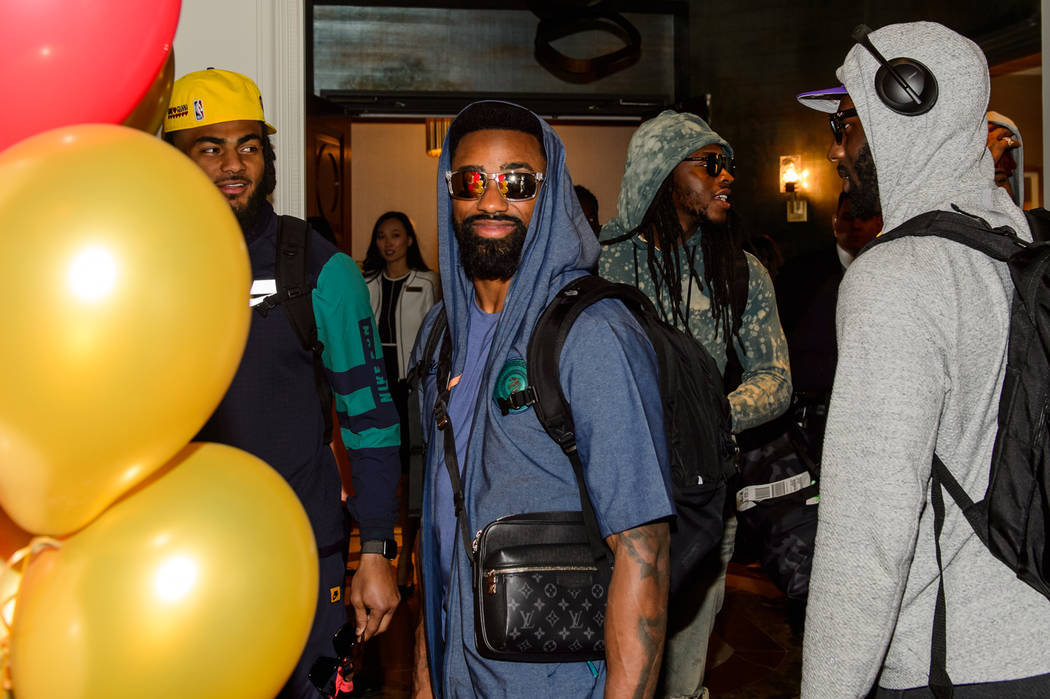 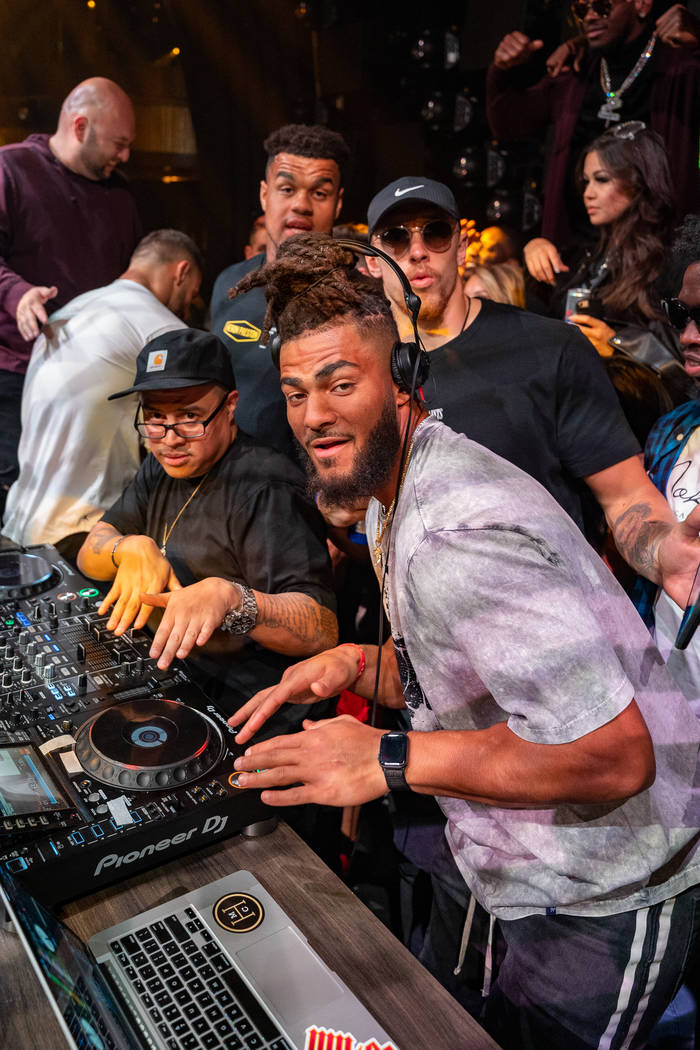 Members of the San Francisco 49ers in the DJ Booth at Jewel Nightclub on Monday, Feb. 3, 2020 (Wolf Productions) 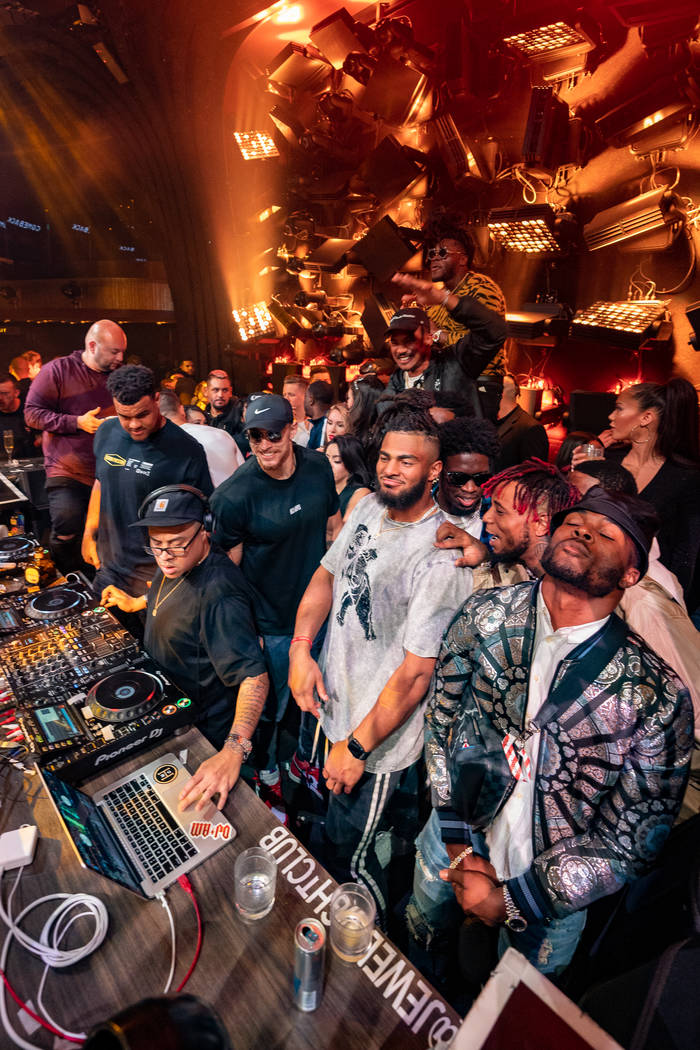 Members of the San Francisco 49ers in the DJ Booth at Jewel Nightclub on Monday, Feb. 3, 2020 (Wolf Productions)

The San Francisco 49ers didn’t get the NFL’s crowning jewel, but they hit the club of that name Monday night.

The club greeted the team with a 49ers logo across its LED screens, a big 49ers flag and cocktail waitresses in Niners uniforms.

A few Niners hit the booth with headliner DJ E-Rock, and the team celebrated past 3 a.m. before filing out.

The Niners in attendance also posed for a photo at the Love installation at the hotel’s waterfall atrium.